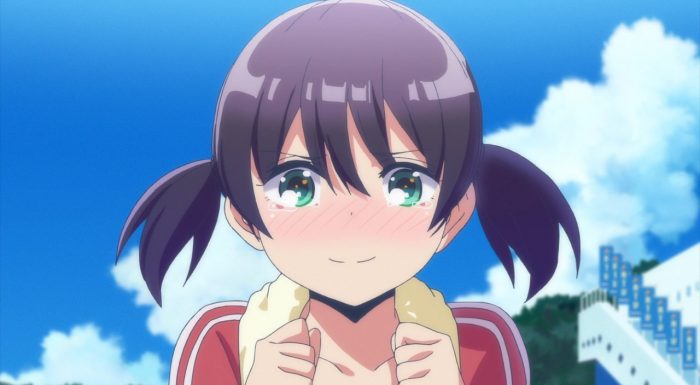 And so the first real match for Haruka and Kanata is wrapped up. I was honestly really curious how this was going to play out and who was actually going to win. I think they set it up pretty well for either our main pair to win or their competition. While the odds were pretty evenly split, my hope was for Kanata and Haruka to win. Seeing everything that Kanata had been through to this point, this match meant a lot to her. It isn’t as if she hadn’t won at all in her life. But Kanata hadn’t had a real win where she was a true partner in a pair for a long time. For so long she’d relied exclusively on Narumi to the point that she did break. While obviously the other pair had some stakes in this, I just didn’t care as much about them XD. 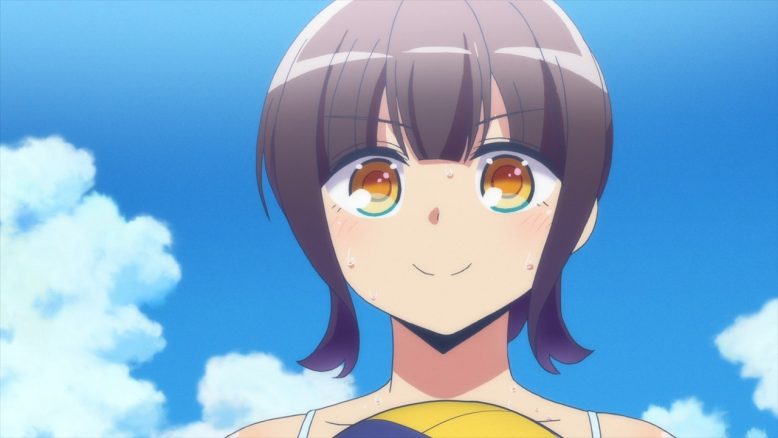 Honestly happy that Kanata did pull this off and that there was a plan. Now this is a plan that could only really work against a pair like Ai and Mai. A pair that has similarities to Haruka and Kanata allows for Kanata to use her failures to forge a victory. It was a huge gain to have Mai being a Libero. A libero is defined as a player who specializes in defensive play in volleyball. They aren’t the type that are allowed to block or attack when the ball is above net height. Now that works perfectly for shorter players such as Mai. She just has to worry about receiving the ball and setting up the attack. And that works perfectly fine in volleyball teams that have 6 players per side. Someone like Mai can just defend and set up for the others. 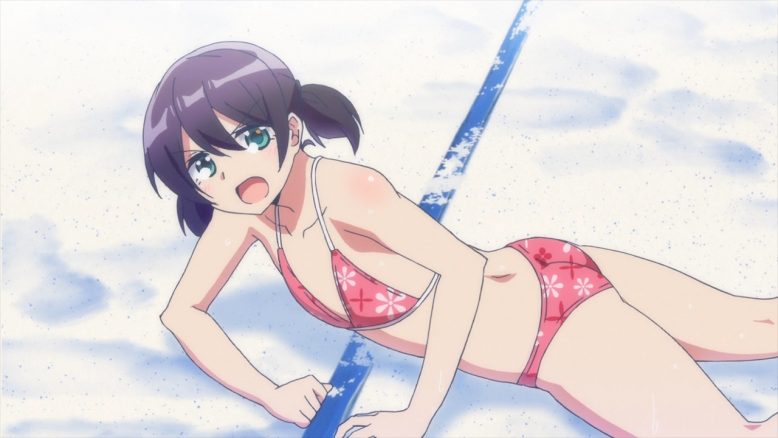 It is less effective in beach volleyball that works in pairs and Kanata abused that. This strategy only worked because these two were indoor players used to playing on larger teams. Mai falling into her comfort zone backfired. She just kept chasing the ball and got worn out. Haruka and Kanata were splitting defensive duties between blocks and receiving. In a sense they were also helped out by the fact that some balls just couldn’t be received and had to be let go. Haruka and Kanata were tired during the match, but not as exhausted as Mai. I wouldn’t have minded them making Mai’s exhaustion more obvious in the previous episode, but it worked. 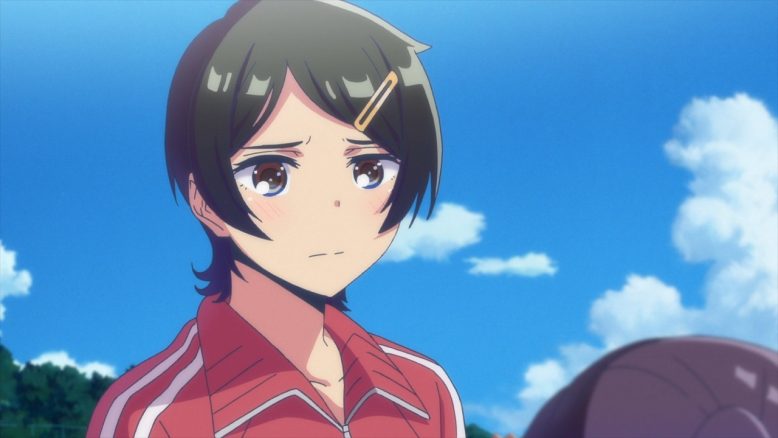 Now I do wish the best of luck to Mai and Ai going forward. This loss was tough on them. It sucked seeing Ai feel so utterly horrible and feeling like a liar. She truly felt as if she let Mai down and hurt her. But I appreciate that Mai was grateful to have someone that believed in her despite her size. And hey going forward they’ve got chances to bounce back from this. Whether they try more beach volleyball or focus back on their indoor game, they’ve got options. So long as they are both trying once more to make Ai’s words about defeating the bigger players true, then they might just make it happen. I can let go of Mai trying to take shots at Kanata with Kanata holding her ground just fine. 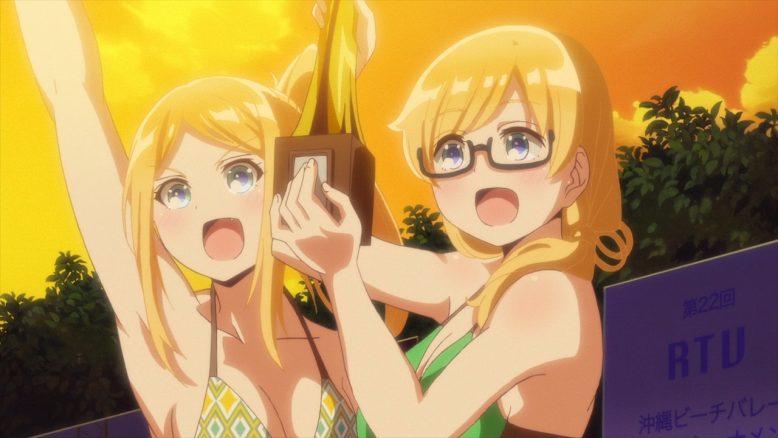 It kind of sucks that they just sped to the end of the tournament. I would have liked to see the match that Kanata and Haruka lost. Sure you can imagine how it happened with the weaknesses these two currently possess. But darn it I kind of wanted to see more. Oh well, at least they were both happy and satisfied about winning the one game they did have. And I’m glad to see little scenes like Haruka/Kanata being giddy about having one win or Narumi grinning to herself. Darn it they are making that girl easy to like despite her not being a constant presence in the show. Now…have Kanata and Narumi talk things out! Seriously it’s silly to see this roundabout business with these two still not directly hanging out. 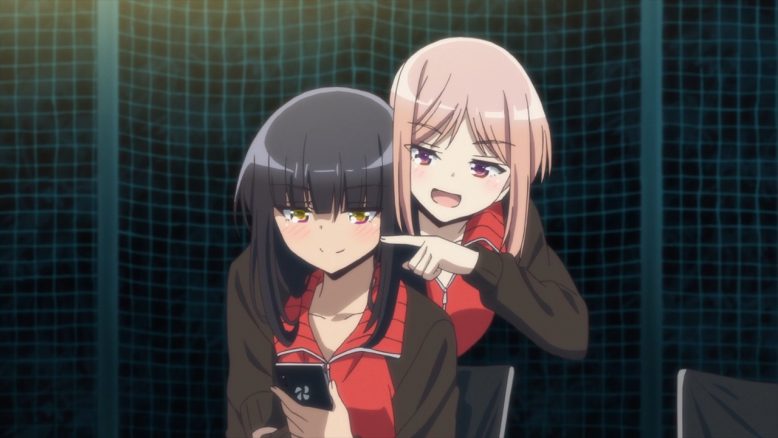 If nothing else it was a pretty fun episode. I enjoyed seeing how Kanata and Haruka overcame their difficulty. It was nice to see Haruka and Kanata rebound within the second set. They could have dragged it out, but they didn’t need to. Maybe the best part was just the pure joy and exuberance from Kanata. Of course Haruka having fun is important, but seeing Kanata slay her demons was satisfying. Also Haruka…you need to learn the game as well as the turtle! If you can’t pick up on Kanata’s hand signals then that limits your options. Still not sure about the mystery girl, but I’m presuming she’ll be some sort of coach. We will just have to wait and see on that one.