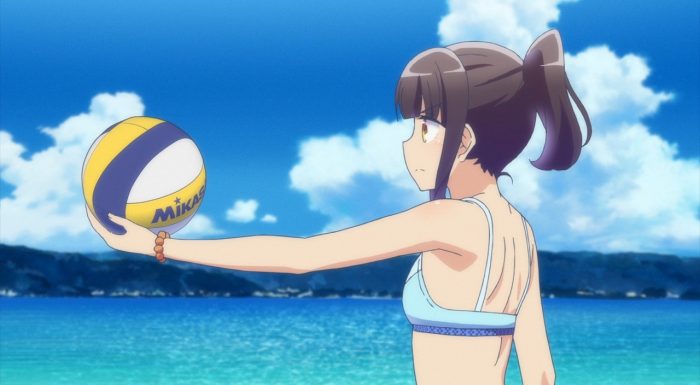 Finally Haruka and Kanata get their chance to take part in a tournament together. I somewhat thought the pair they are facing would come later in the tournament, but interesting to have them as the first round matchup. They could save facing Claire/Emily as a big match later. Since the show has a pretty small pool of characters so far I’m not sure if this means Kanata/Haruka will win or lose their first match as a pair. Hopefully they win since they’ve had enough struggles to this point that a bit of reward would be good. Not that this will be easy. They are facing a pair used to indoor volleyball so they have some advantage, but that is countered in part by Kanata being out of the game for a while and Haruka’s relative inexperience. 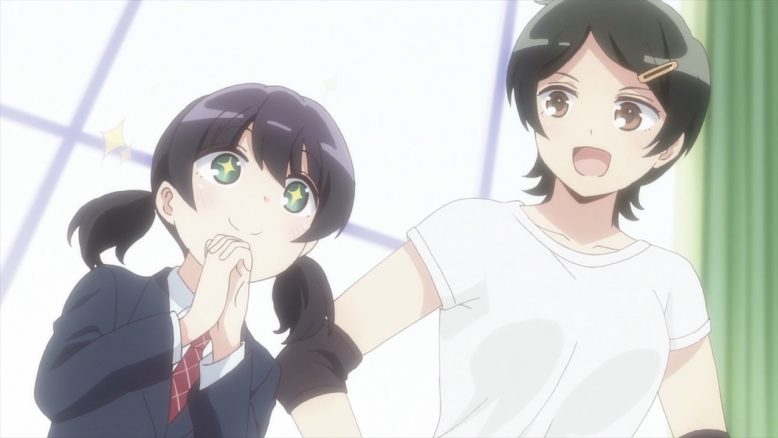 I’m legitimately curious what Kanata is aiming for here. There has to be a purpose to it. Considering how far they are backing off to receive her pokeys I wonder why she isn’t just throwing the occasional spike in there to throw them off. She could probably score a few well timed spikes if they aren’t blocking her at all. But there has to be a point. She is continually throwing those pokeys out there and continually going for Mai. Though whatever her plan is…I hope it works. Anyone who can talk casually about trying to break Kanata’s spirit deserves falling into the pit of defeat. We’ve seen what Mai and Ai have been through, but frankly Kanata has had her painful experiences as well. I’d consider hers even worse since she didn’t go into beach volleyball expecting not to grow taller. 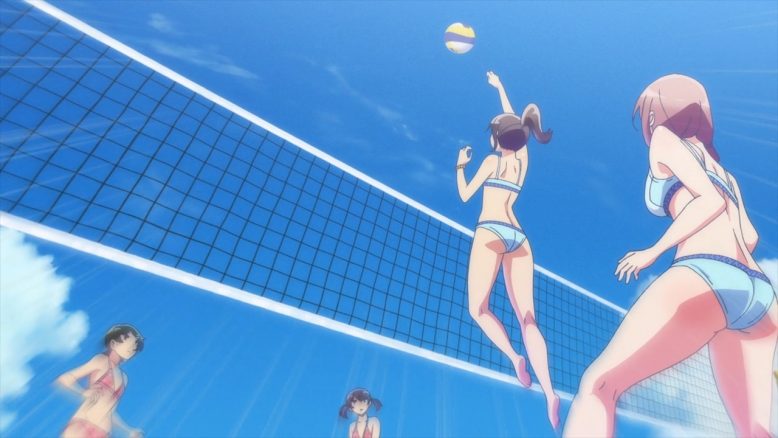 The match has gone as one would expect. Haruka and Kanata were able to pick away at their opponent’s weaknesses in the early going and essentially ride that advantage to a first set win. It was too late for Mai and Ai to catch up to them at that point. Though the tide was definitely turning as of course it would. It isn’t as if Haruka and Kanata are perfect, they have flaws. Ai and Mai have managed to exploit those weaknesses well enough.

It is frustrating that Kanata’s pokeys have that kind of weakness when it’s about the only weapon she’s got offensively. Kanata having to hit from a lower position leads to the ball going higher and giving the other side time to adapt. Then you have Haruka’s blocks which aren’t the best yet either. It takes time to get used to the timing of each opponent and she doesn’t have that much experience yet. She is getting there and I’d expect her to pull off some great blocks near the end of the match, but right now they aren’t helping too much. 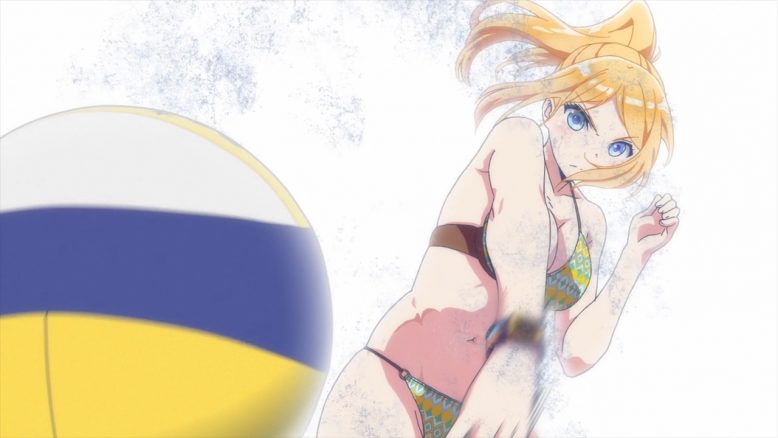 Of course Emily and Claire are handling things really well. Those two are even stronger players than I imagined. Oh sure I figured they were pretty good, but second best nationally? Why the heck isn’t their school supporting the beach volleyball club? A top tier pair should be hyped up and have more attention drawn to them. Oh well maybe there are reasons for it. What is clear though is that Claire and Emily know their stuff and are elite. Makes all the more sense they want Kanata to rise back up to where they are since they know how good she can be. 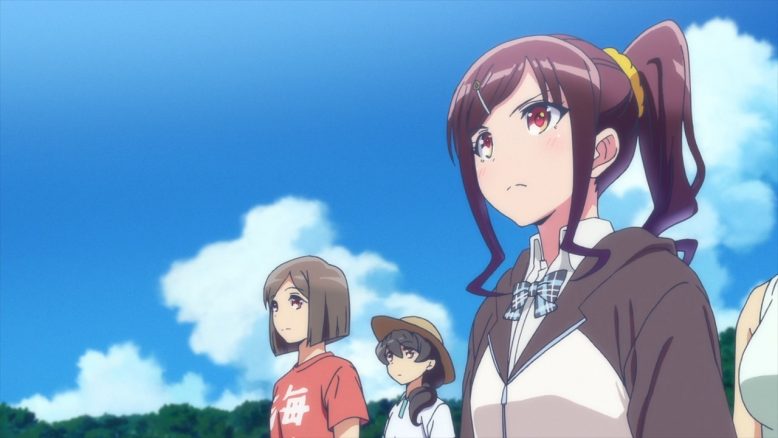 Kind of curious about the mystery woman hanging around. From the OP I’d expect her to end up being the coach for this group. Claire and Emily’s mother isn’t around to help coach and whoever this person is I’m sure she’s going to get involved with the main cast at some point. Not sure what to make of her right now since she hasn’t had that many scenes.

If nothing else this was a solid episode to start off the tournament. I kind of like how they did manage to show the different speed and pace to both the regular volleyball matches and beach volleyball. It makes some sense that a game with more people on a steady floor would move much faster than people racing on the sand. I’m definitely pulling for Kanata and Haruka even if I’m not sure if they are going to win this thing. It all depends on if Kanata really has a plan or not.