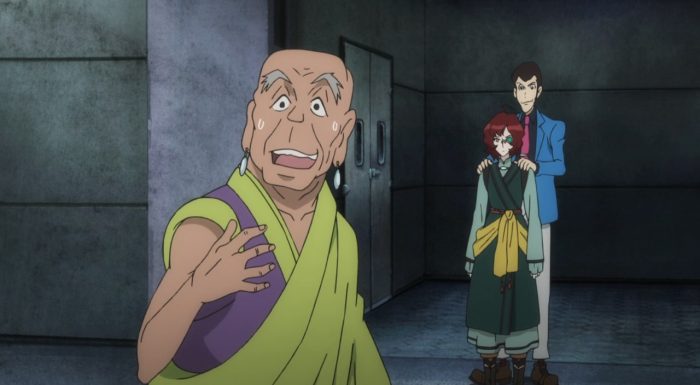 Well… It had to happen eventually, I suppose. After what seemed like an unbeatable winning streak, Lupin III Part 5 finally gave us our first… Less than stellar story arc. I’ll freely admit that If you had asked me about how this arc would have eventually concluded, even as late as last week, I would’ve told you that the show would pull some kind of last minute save, making it all work. Well, we’re at the conclusion of the third “episode” of Lupin III Part 5, and things have certainly diverged a bit, from where I thought they’d be. 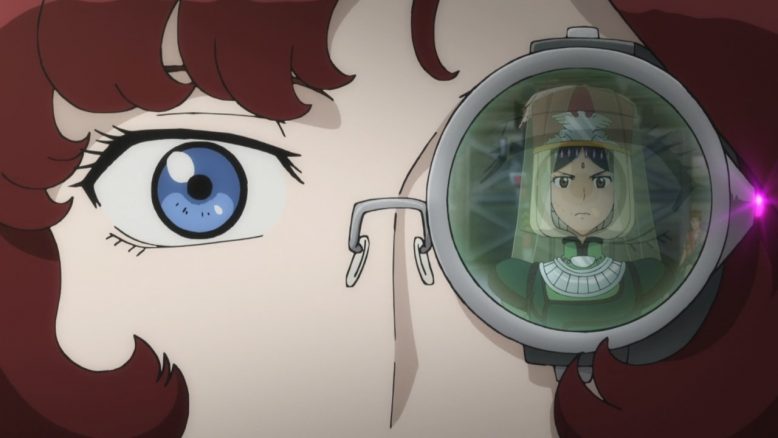 Look, this arc of Lupin III Part 5 was fine, it was decent, but it was also the first part of this fifth series that I’d say is almost entirely passable and skippable. There’s certainly small tidbits strewn in between the mundane, generic and the unimpressive, but these tidbits are few and far between. The focus, unfortunately, has been very much on Ami’s princess friend Dolna, and her country of Padra.

The whole Padra storyline didn’t really work for me, for reasons I stated in depth earlier in this arc. Those reasons still held true this week, as the story regarding Padra and her country’s civil war ended in the most generic, predictable and uninspired way. Lupin and Ami basically broadcast the High Priest’s true nature by tricking him, and Dolna uses the “its the foreign enemy” card to basically take over and unite her people. If you’ve seen stories like this before, then there’s nothing entirely new here. 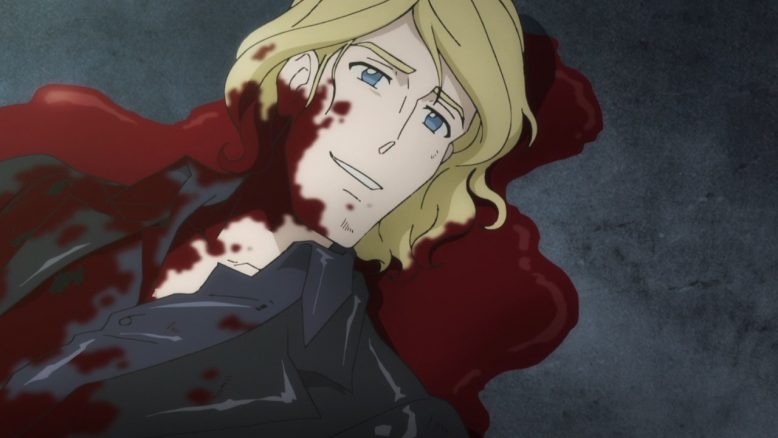 The one little twist (and it is a little one), was the whole thing regarding Ugo. I honestly expected that Ugo was manipulating Dolna as a CIA agent, but his whole backstory of pledging loyalty to her and being from a war torn country as very much a true one. I dunno how that makes me feel, because if nothing else it feels a bit too, unbelievable, to say the least. How is a white blonde guy who’s a skilled agent, actually someone who pledges loyalty to a foreign princess and basically moves to sacrifice himself for the greater good.

That’s a noble sentiment, but it just doesn’t make sense in this particular context. Its the sort of naive, almost optimistic fiction that Japan is pretty much known for. Often times I’m willing to give the country and its stories a pass, because the overall selling point of the story just wins me over. This week, the plot was weak, the characters were uninspired (whether we’re referring to Ugo or Dolna) and the general story just stank of boredom. 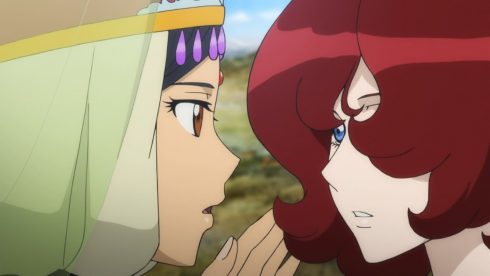 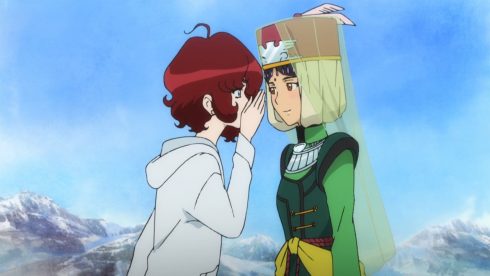 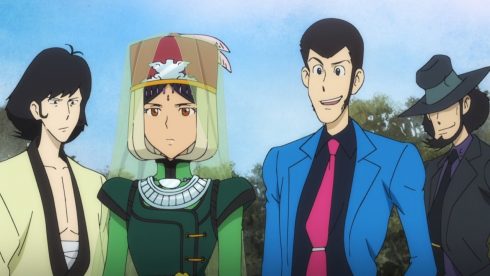 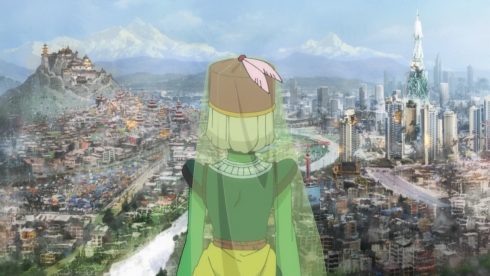 Dolna taking over the country and talking about her first love with Ami, wasn’t any more interesting to me than the other stuff we saw this week. I really do imagine Dolna to be a one off character that we don’t ever see again. Her purpose was to give Ami a friend to rescue, and to basically drive those larger series questions that are infinitely more interesting.

I liked how Lupin was basically seeing a bit of himself in Ami, and kind of guiding her through her evolution as a person. Lupin was very apt in his encouragement of the girl in this episode. She HAS come really far, going from the almost emotionless robot to the badass hacker that braved a civil war to save her friend. Ami is definitely badass, and truth be told, I would’ve liked this arc if it somehow focused more on HER than it did the Dolna and Padra situation, but I suppose we got what we got. 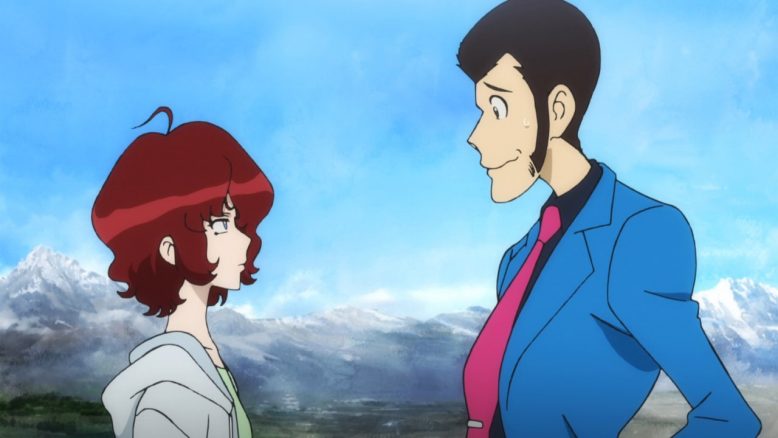 I was a bit surprised that Ami confessed to Lupin so early in the story, but her whole “Once I become a better woman than Fujiko” line, made the declaration more of a foot note, than an actual impactful event in the larger story. Despite what Ami thinks, I don’t think her crush on Lupin will last forever, and I think that is why Lupin ultimately decides to give in to her little fantasy, rather than correct her with a dose of reality. Ami is a smart kid, and she’ll soon realize and mature through her little crush here.

Speaking of crushes and first loves, there’s of course the unaddressed big elephant in the room; Fujiko and Lupin. All I can really say there is that “unaddressed” is the key word here, because we get absolutely nothing but teases on this front. Lupin in the end never finishes his sentence regarding what Fujiko is to him, and steals back Dolna’s necklace before parting ways with her.

We get a nice little conversation between Fujiko and Zenigata, but even that is more or less just there to tease out the larger story. Zenigata gets an absolute zilch from Fujiko regarding her rocky situation with Lupin, and the show basically shelves that particular story aside, clearly intending to come back to it later. 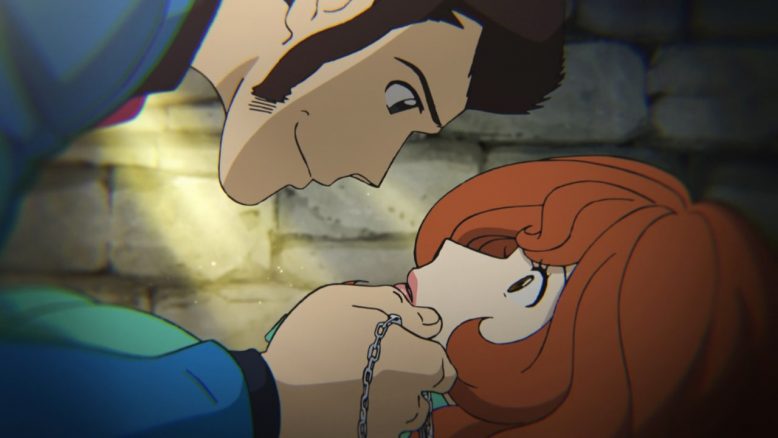 The extreme teasing is a shame, because as much as I love the idea of finding out what happened between Lupin and Fujiko, the wait is starting to dampen my interest. The show can’t stretch out this particular story for too long, and its already at the point where I’m starting to care less and less. The mystique is gone now, because the show has brought the two characters to a point where they just need to confront each other, and put everything on the table for the audience to see.

Part of me wonders if we even needed to see the Lupin/Fujiko exchange at all. She could’ve just as easily have left before he awoke, and the story would’ve been just as interesting there. Which of course, means that this story arc as a whole, doesn’t really do much for the overall picture. 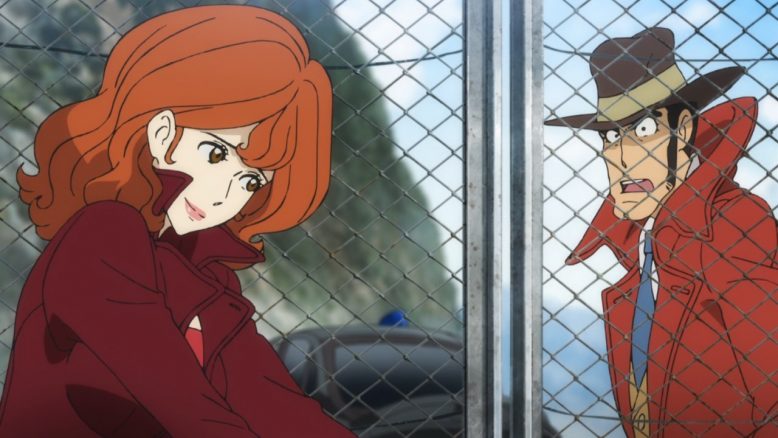 Ah well, like I said earlier, this drop in quality was bound to happen sooner or later. Lupin III Part 5 has introduced us to this new Fujiko/Lupin status quo, its given us Ami and its given us Albert. All of those cards are still very much in play, so I suppose its just a question of when the show will stop messing around, and use all its pieces in a meaningful way. We’re past the half way point now, and there’s another flashback episode  coming next week.

So there’s certainly a bit of a wait in store before the show starts picking up in the excitement department again. Hopefully the next arc is the last major one, because the wait for answers is getting to be grueling. Lupin III Part 5 can’t afford to dally around for too much longer.