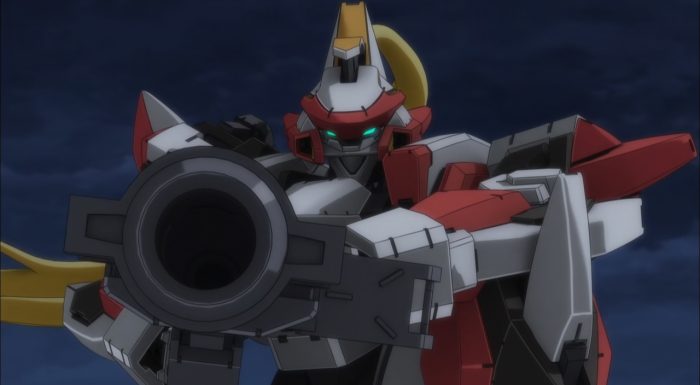 The final two episodes for this season of FMP have dropped and now we can really dive into them. They certainly went all out to end with plenty of action and tried to pack as many emotional scenes and musical tracks as possible. Clearly they knew it was the last episode and were just going all out to hit every nostalgic itch they could before time was up. Not a bad thing in and of itself since this franchise has had a lot of great moments over the years. This pair of episodes just got us right into a big clash with Amalgam and more or less getting some payback for the massive attacks suffered in the first part of this season. Of course this doesn’t remotely feel like the final battle. This was very much a smaller scale setup fight for something bigger down the road. 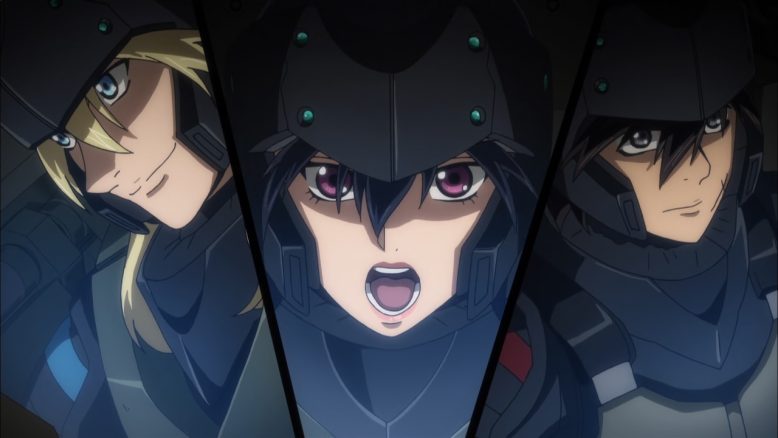 But there really was a lot going on here. We finally got Sousuke paired back up with his Mithril allies after a ton of episodes inbetween. It wasn’t a very lengthy reunion initially since everyone was doing their own thing. A pretty gutsy move in general by Mithril to pick this fight when they didn’t know Sousuke was going to be there. Although at the same time they can’t just hide forever and hope Amalgam self-destructs. They are in a war and have to take action depending on the situation. They can do a pretty good job against the more standard soldiers, but no doubt they lack the ability to handle the top tier threats. Again this felt more like “oh here’s a preview for who Mao, Kurtz, and Ben will be fighting in a future season.” 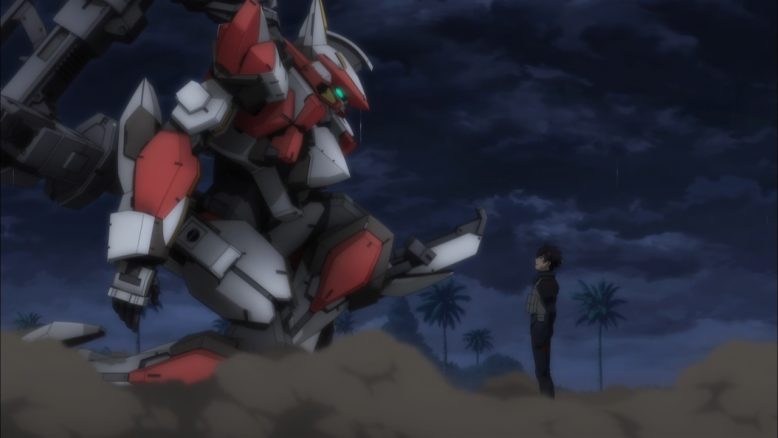 That was a solid bit of misdirection to be sure in apparently going through the problem of making a fake Arbalest in order to deceive Amalgam. While it didn’t seem to fully trick Leonard, it did well enough in terms of allowing them to get the new unit to Sousuke eventually. Overall I like the new unit. The Laevatein is no doubt an OP monster. Although to be fair in this genre most new units get a chance to own everyone in spectacular fashion before their limits are pointed out or the other side catches up. At this point though the Laevatein is a beast and it makes most threats pretty trivial. Even the Behemoths just feel like giant targets at this point. In some ways it felt like certain seasons of Gundam where the giant mechs are nothing compared to the smaller hero units.

I enjoyed the action as a whole in these episodes. The M9 battles were fully enjoyable. Nothing wrong either with watching Sousuke just stomp some enemies. He has played it pretty low-tech for most of the show so I suppose it is fair to let him go all out at least a couple times during the runtime of this season. Nice to see what kind of big guns the Laevatein is carrying. And visually the action seemed fine to me. Some of the better action during the season I’d say. 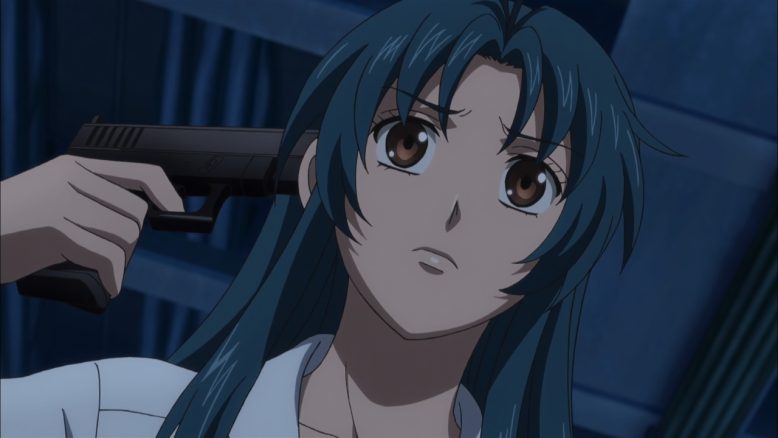 There’s no getting around talking about Chidori either. What we got out of her in these two episodes was a bit of a mixed bag for me. She did have some good moments. I could respect her making the effort to turn the helicopter around or threatening to kill herself to get a hold of the radio. Some very bold actions here and there that worked well. Although I also think the show wants to do too much when it comes to Chidori. They want the emotional breakdowns and moments of weakness. They want to see her struggle and even start on the “give up on me” speech with Sousuke.

But then they just have her suddenly switch gears and go in the opposite direction. It reminds me of a few episodes ago where she freaks out about people dying because of Sousuke searching for her and then suddenly goes into “I’ll do whatever I can right now” mode. The same is the case here. She just randomly switches gears into “do whatever it takes to save me.” When the heck did she suddenly stop caring if people are getting killed along the way? I mean great she pulls it back from being ok with millions dying, but apparently she’s still good with thousands dying. Thankfully she is ok with it though since people have already died to this point. It isn’t as if I don’t like Chidori finding her resolve. Recovering from weakness is ok. But I’d just like it more smoothly get to that point. 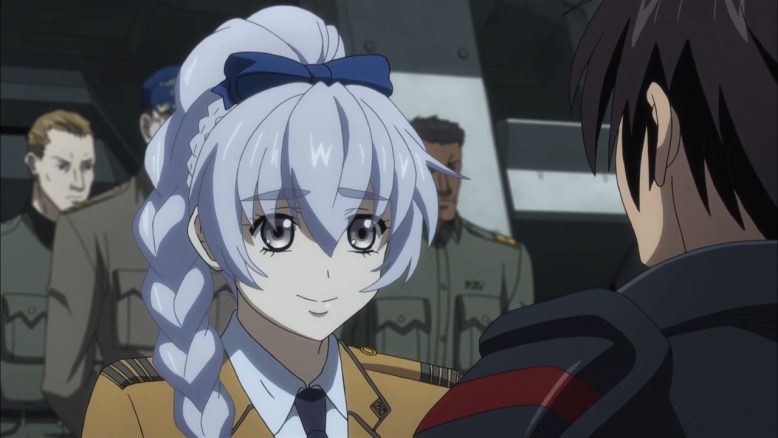 While there was no sign or announcement for another season…at least it ended on a strong note. I do think it was getting a little silly how many classic songs from the previous seasons they were stuffing into the last half of this episode, but they are good songs. It was nice as well to see things mostly turning out fine. The gang is back together and have gotten a solid win under their belts. With Sousuke and Laevatein they have a major military advantage. While the other side does have some elite soldiers. I’m sure Amalgam will figure things out. Can’t just have Sousuke run over everyone. Once Tessa’s brother recovers and gathers his elites then I’m sure a massive showdown will result. 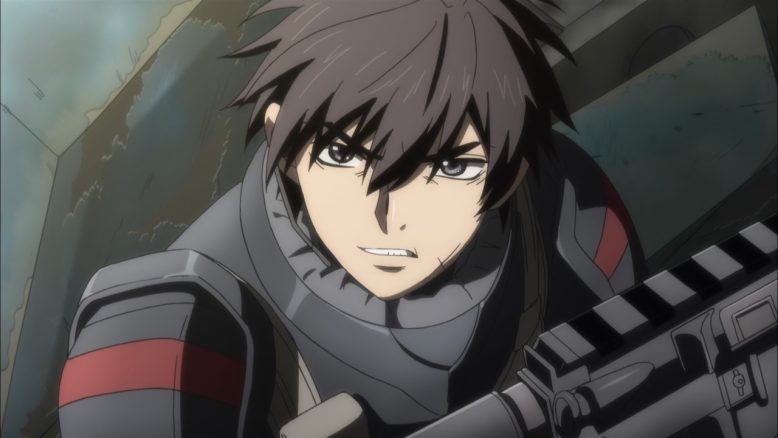 This return of FMP has had some ups and downs, but as a whole was quite good. Not sure I’d put it at the level of the Second Raid, but it had some good moments. The last couple episodes were great and the first chunk of episodes were excellent as well. I thought it faltered a bit in the middle. But probably better to have a questionable middle than to start badly or end badly. I’m still really happy we got FMP back. The CG mechs were pretty solid overall. Personally I’ll always prefer the hand drawn ones from the earlier seasons, but that’s my preference. The story kicked into overdrive in a hurry and it was fun to see how things would play out.

We had to wait for these last episodes, but they were worth it. Now we just wait until they confirm another season. I doubt they’ll wait nearly as long to get to the end of the story. This set the stage for what I’m sure will be an exciting final arc.