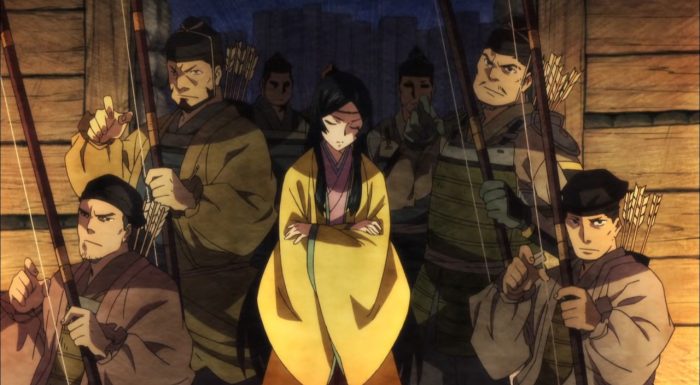 Sometimes a show not on your radar can be surprising. This really ended up being one of those. The first episode started off strong in showing how this would be a pretty action packed historically inspired series. Even just in the first episode we get to see how darn capable the main character Kuchii Jinzaburou is. And the episode sets up a pretty terrifying war in Japan against the invading Mongol armies. 0I don’t think the summary did this show a lot of favors. You got a feeling it was a historical anime, but not quite what it would entail. This episode shows that we’re going to get to see some cool action and what could be a pretty compelling story of people trying to survive against overwhelming odds. 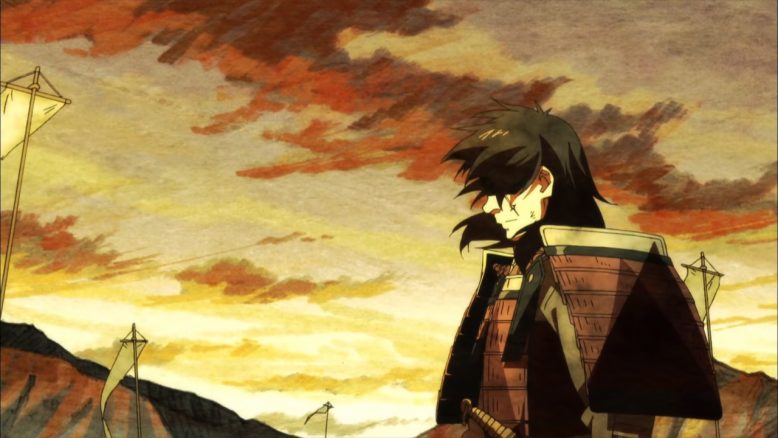 Visually it does feel as if they are trying to capture the “this is a historical drama” look. I could see the filter bothering people though. For me it wasn’t an issue in this episode. They also do a pretty good job in the first episode handling the action. You see what is going on and how darn intimidating Jinzaburou is. This guy just carves through several people and it just feels legitimate. This guy is set as this badass general who ended up exiled and you can tell he’s seen more than his fair share of action during his career. And most of the action is just him fighting with a sword he manages to grab along the way instead of being geared up for a fight. 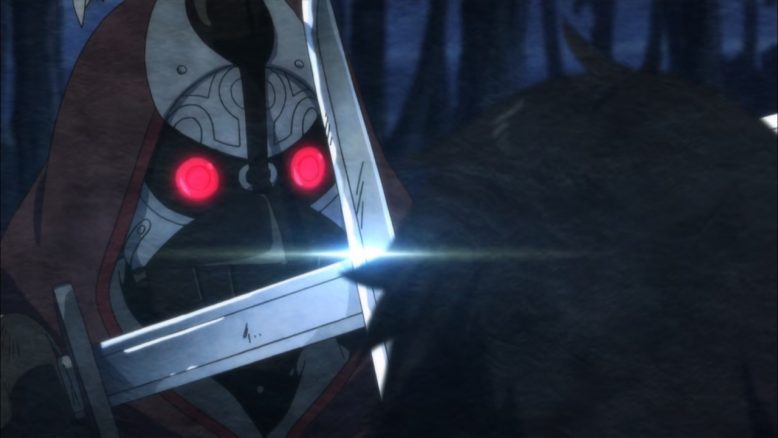 I do like history as a whole and this is a conflict I hadn’t looked that much into before now. This is very much the front line against the Mongol invasion of Japan. And I honestly appreciate how well the main characters were handled even in this introduction to them. Teruhi initially acts tough when spelling out the situation for the exiles, but you do get where she’s coming from. Even before she is allowed to drop the façade before us, I could feel for her position. Her home and people are what are immediately in the way of this invasion. While effectively bringing these exiles out there to help fight on the front lines is effectively a death sentence for many of them, her people are also facing a death sentence if they can’t hold the line here.

It’s a rough spot, but in a sense nothing she said before was false. They were people that were effectively on death row as it was. At least in this case they have some hope of survival if they can win. And there isn’t much loss in sending the exiles out here. If the effort fails then they didn’t waste anything the government wasn’t already prepared to lose. And maybe it takes a bit of a bite out of the mongols before they make their way further in. The best case scenario leads to them avoiding an invasion going to the heart of Japan. Outside of a few government officials that get killed in this episode, there isn’t a lot to be lost from sending these exiles out there. 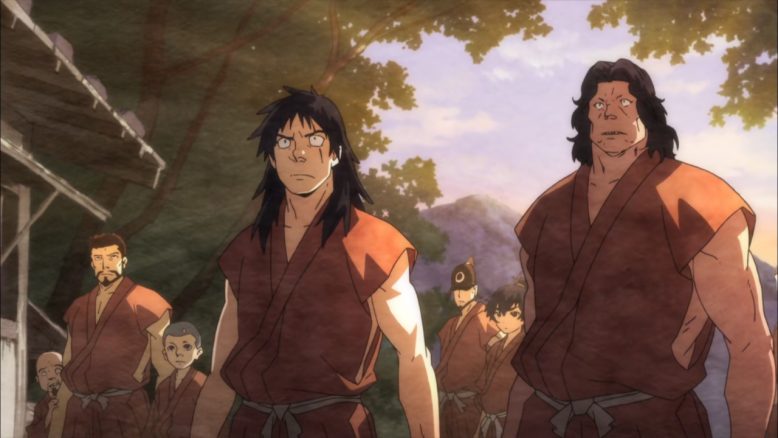 For a bunch of exiles the bunch are mostly fairly likable. There were obviously some just straight up terrible people in the group too, but that’s probably a given. How many mostly good people do something worthy of exile? At least the MC is a pretty likable guy. He isn’t worried about taking the lives of his enemies when he has to and thinks quickly on his feet. It was that quick thinking that helped him survive on the boat when those bandits tried to kill everyone and take the ship over and it helped him save Teruhi. Setting a pretty big fire took care of their temporary prison and it helped illuminate the kidnappers. And weirdly I do appreciate how focused and into his fights Jinzaburou gets. Not much talking, just getting fired up and trying to take down whoever is in his way. 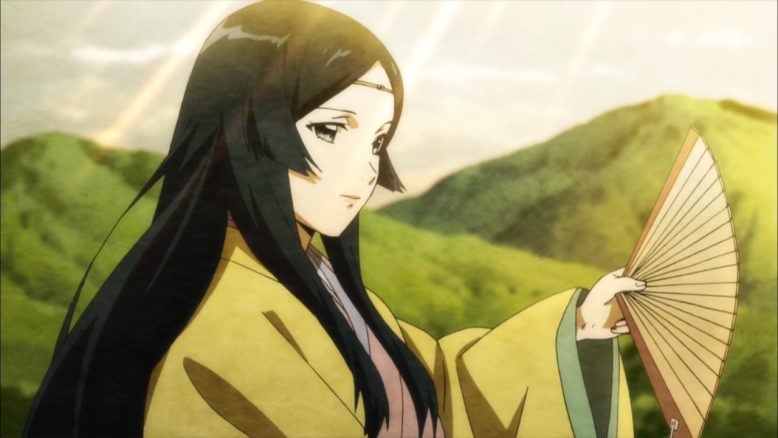 This has the potential to be a solid watch. We have the basis for a good mix of characters. There is time to delve into what lead to the MC getting exiled in the first place and time to see Teruhi grow into a leader. You can tell she has it in her to live up to what everyone expects of her, but she’ll need time to get there. She’ll have to get used to the horrific reality that this war will entail. The people she lost in this episode are a drop in the bucket compared to the numbers likely to die against this invasion. For a first episode this was pretty good and set us up for what is coming next. The invasion is starting in earnest and there isn’t much time to get ready for it.

If the visuals of this show can hold up for the action then it should be pretty solid. And can’t say if this will be a show I cover for the season or not, but it is certainly in the mix after the first episode.