Nanatsu no Taizai: Revival of the Commandments – 24 [Final] 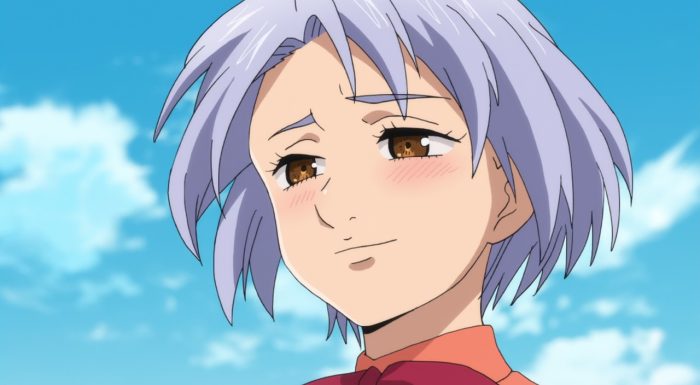 While a new season is beginning another one has to end at the same time. The last episode for Taizai wrapped up the current attack by the Ten Commandments and set up potential difficulties for the Seven Deadly Sins going forward. But this episode did put a firm end to this particular battle and allows the Sins a chance to mentally recover. They haven’t won the war, but they have certainly bloodied up the noses of the Commandments along the way. Honestly it requires some plot convenience and shocking durability for the Commandments to still have as many members as they’ve got. That somehow Zeldris and Estarossa are alive (though we didn’t see Estarossa) is a miracle. And Melascula is reaching cockroach levels of survivability. But hey the Sins have gotten some rather fortunate breaks like with Merlin managing to overcome a Commandment with enough time spent researching. 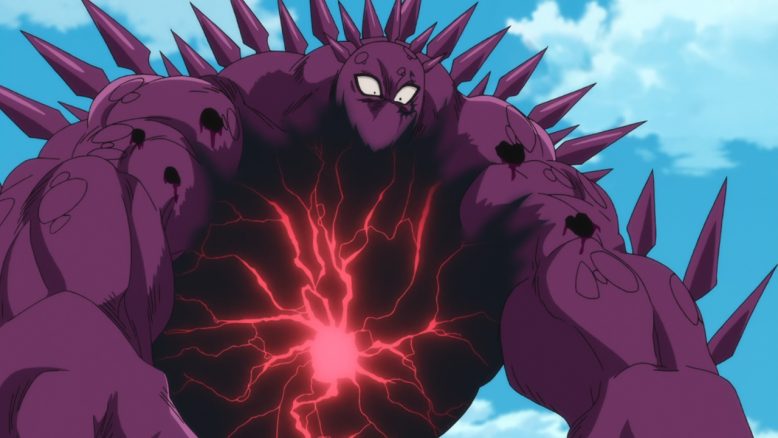 At least the show is making a big deal out of how uncomfortable Meliodas is getting when in a fight. He managed to make killing a guy who has committed so many atrocities rather sympathetic. Of course being the leader of the Commandments I’m sure Meliodas did some ethically questionable things before he switched sides too. But Fraudrin is at fault for so much of this happening. He triggered that tragedy in Danafor, mind controlled two important figures and just assisted in things spiraling out of control up to and after the Commandments were released. But it definitely didn’t allow for a purely pleasant victory since Fraudrin did just give himself up in order to avoid dragging Griamore into his mess. I suppose one thing you can take away from this is that Fraudrin did learn a sense of familial love. 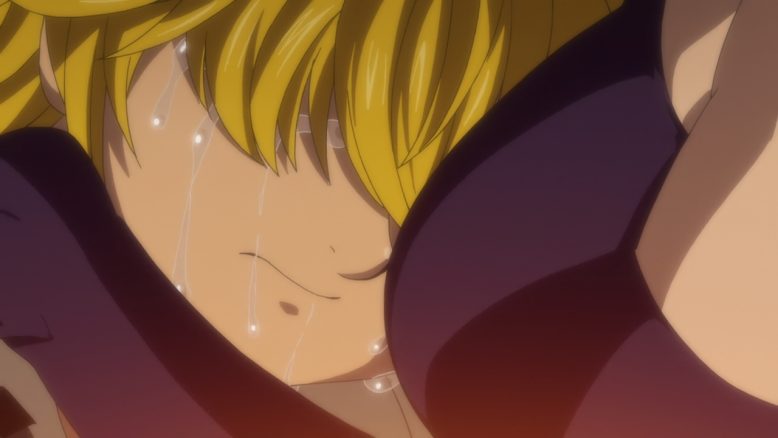 This situation does allow us to appreciate how dangerous things are for Meliodas. He may have the ability to return from death, but the price is extremely high. We’ve already seen how sadistic and cruel he can be in his previous few fights. Not only has his power gotten much stronger, but he’s more willing to go further than he normally would. If he does somehow die again he might come back as a terrifying monster that isn’t necessarily on the side of the Sins. And I’m glad we spent some time showing how terrifying that is for Meliodas himself. It has to be incredibly hard to deal with your emotions being lost or left behind. You can’t tangibly feel emotions that aren’t there anymore, but it is clear to him how messed up he’s becoming. Elizabeth and Ban especially are going to be critical emotional allies. 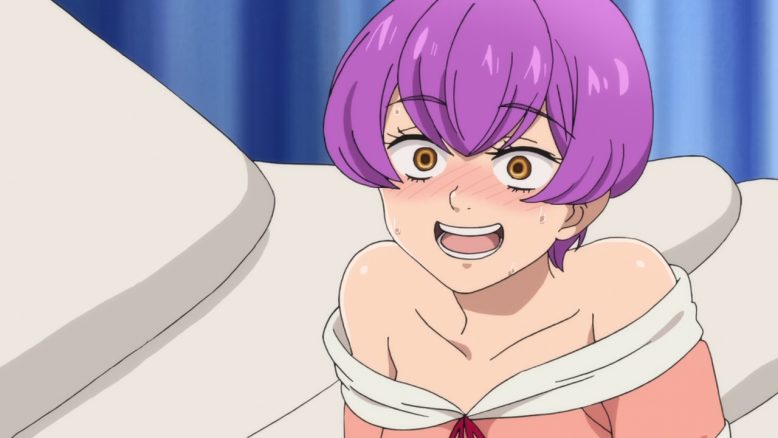 I’m glad for Griamore that he’s finally back to normal. Poor guy during this major crisis was turned into a small child and wasn’t able to do very much. Now to be fair he did basically save the city because he forced Fraudrin to face his issues. I’m curious to see how he remembers what happened since who knows if he’s aware of what was going on. But at least he’s back to normal. Sure he got blown out a window…but hey after giving Veronica that kind of ‘scare’ I think he’ll accept that end result. But hey considering that is a pairing they are acknowledging as being a thing…she’ll probably have to get used to that sight eventually. Just kind of tough to be prepared for that kind of sudden transformation back to normal. 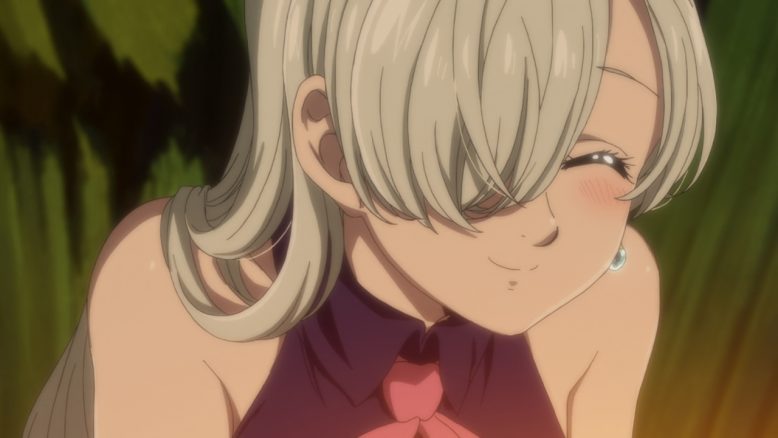 In terms of a last episode it was good fun. It was a bit unsettling watching Meliodas pick Fraudrin apart, but the episode spread things around. Jericho lost her brother and had to deal with that loss. But through facing her loss she’s grown stronger. Certainly not the most random thing in this show for her to gain her brother’s magic. Say it’s an effect of him using the last of his strength to freeze over that egg she was inside of or just awakening latent potential. Her brother was an idiot when it came to how he dealt with his sister, but at least he showed by the end how much he cared about her.

This last episode tied things up nicely and allows us to let the show rest until the source material gets further ahead. And I would fully expect another season down the road in a few years. There are plenty of threads to pick up for a future season as well. The situation for Meliodas remains precarious, the Commandments aren’t fully defeated yet, still issues around Elaine’s survival as things stand, and even questions about Elizabeth. But this episode ended as well as a show could end while still technically being in the middle of a war. 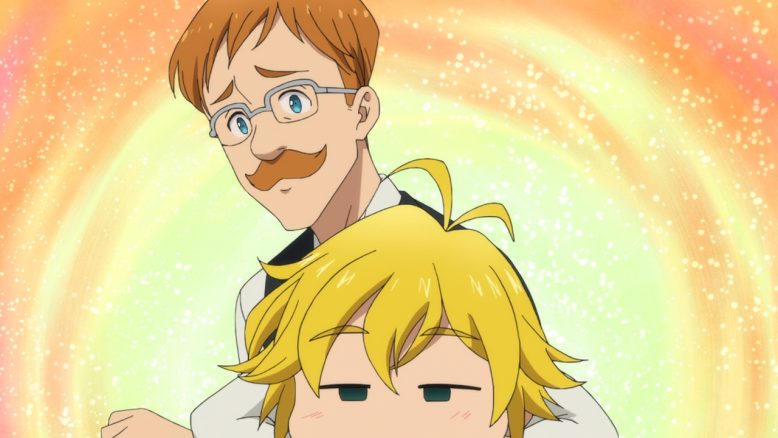 Final Thoughts
This season was a fair bit of fun. I loved seeing Escanor get his time in the spotlight. But there was some good moments outside of just that. The character with some of the most growth was honestly Jericho. Where she was at the start of the show or even at the end of S1 to where she is now honestly is impressive. She had to deal with her romantic feelings for Ban being something that couldn’t be reciprocated in the way she’d like, she stepped up when facing terrible threats such as the Commandments, and she eventually faced her relationship with her brother and gained the same power. It was a long road for Jericho, but she’s come out of it a better person and a more likable character. 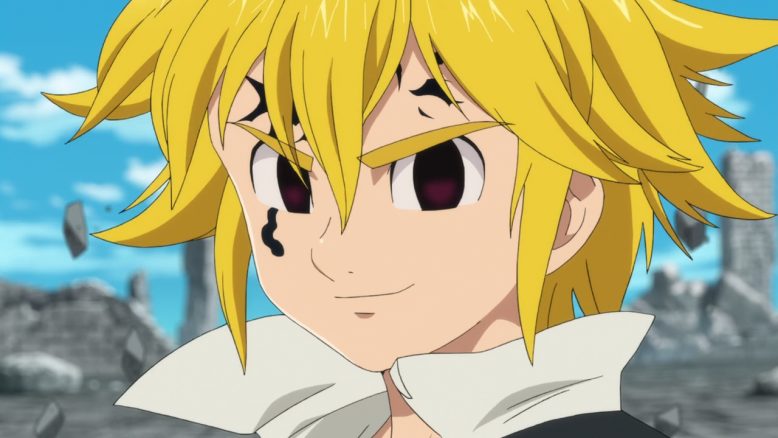 The Commandments shook up the status quo and forced a lot of growth. The Sins haven’t even really matured to where they all need to be in order to face these guys. Merlin had a fortunate matchup and honestly it’s Meliodas and Escanor carrying the heavy lifting. There is more room to grow and the Commandments showed that the current level of strength isn’t good enough for the Sins. We got some solid fights and some rather worrisome moments for the main characters. Galand just shook everything up and showed how outmatched the Sins were as things stood. From then on it was really a case of fights needing to be picked only at the proper time. The show made clear that quantity mattered in fights along with quality. Meliodas was picked apart by the Commandments at one point and it cost him. 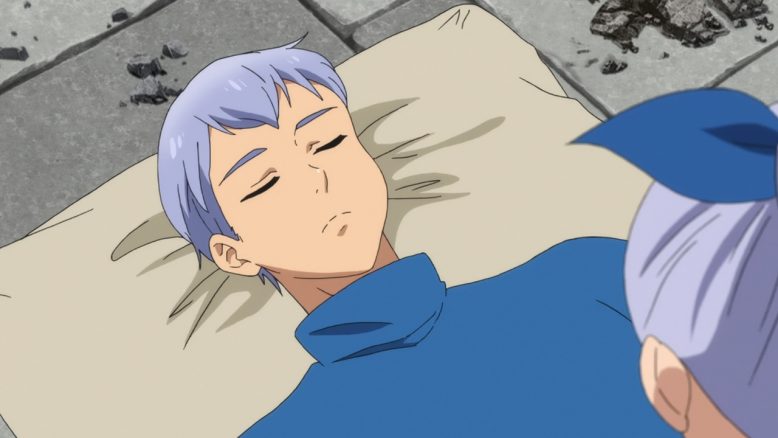 I’ll certainly miss this show. It wasn’t the best of the season, but I had a good time with it. Some really good emotional scenes like with Ban and his adoptive father or with Elaine really carried the season. Action matters in a show like this and that was handled just fine. But without likable characters it just wouldn’t hold up as a show. I’m looking forward to where things go from here and whenever this show comes back for another run.