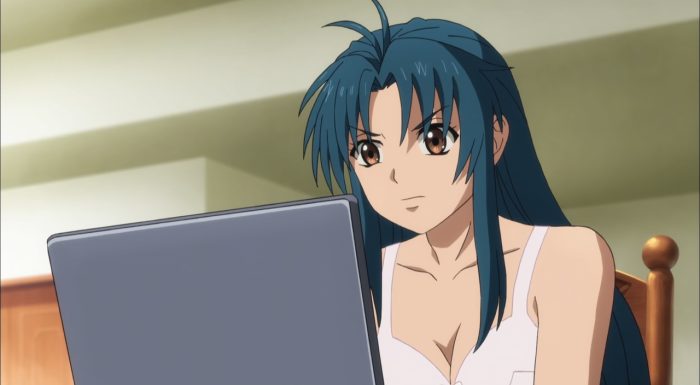 The story is certainly moving along. Although in some ways there was only a small bit of progression. We jumped around between the various major players though and mostly caught up with what they are going through. Things are definitely building up to a major development. But for the time being we’re left with only pieces of information and questions. Not exactly something I expected when we only have a few episodes left. But we can and should expect another season to fully wrap up the FMP story so maybe this all builds up to one big cliffhanger. For the time being though it was nice to see what everyone is doing. It was certainly the first major scene for Chidori in forever. That little chat with Leonard was mostly just a scene of “oh this is where she is.” There wasn’t that much to it. 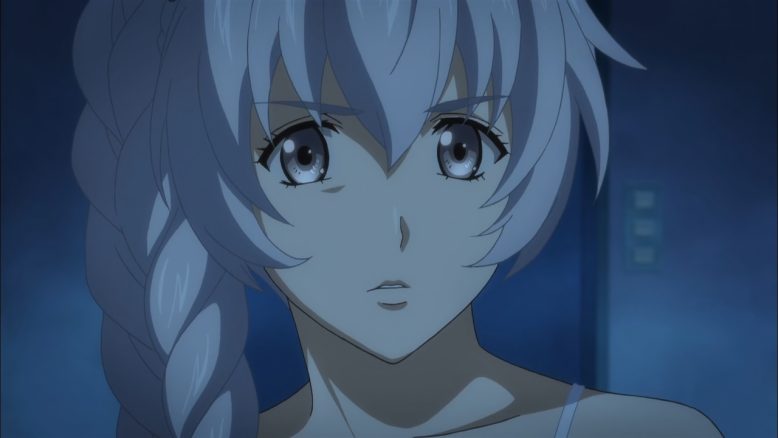 I probably feel the worst for Tessa and that’s impressive since a guy was shot at the end of this episode. But you can tell how utterly worn down she is. Sure she is a good captain, but this has been a lot to handle. She has seen a lot of her subordinates killed under her command, seen her organization get brutally attacked, and lost track with a lot of people she cares about. The stress and difficulty of this situation is wearing her down. She isn’t eating (or it isn’t staying down), she can’t sleep, and is haunted by the faces of the dead. She needs to get some legitimate rest or support or she might make a mistake at a critical moment. Her ‘colorful’ message to her brother may have been a sign that she’s getting worn down. Tough to keep up that captain image.

At least she has the support of her crew. But the position of Captain does require some distance so they can count on her as a superior. If they don’t feel the person in charge is doing well then they might start getting worried in general. They are effectively the most active bunch in Mithril right now and can’t afford to slip up too much. 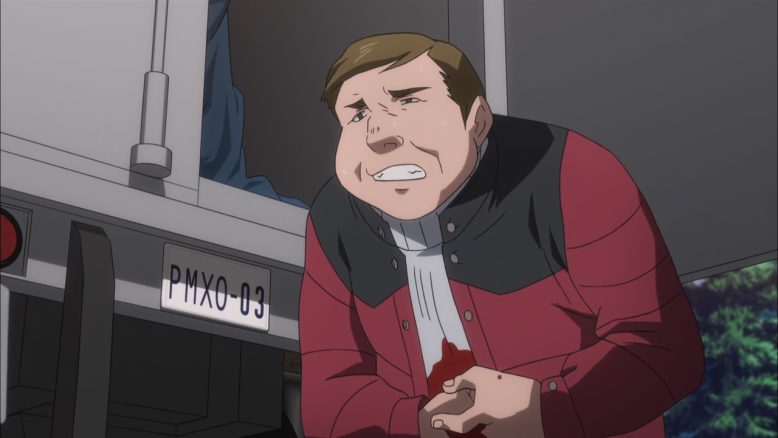 I’m honestly not buying the whole Kalinin is a traitor thing they are trying to run with. There is good reason Amalgam members don’t fully trust him. Yeah he shot that guy in the stomach, but he was still alive by the end of the episode. Oh sure he said “you are dead in 30 minutes” but there’s no telling if that is true or if it was a play to get Amalgam members thinking he was really on their side. He was left there alive and there was clearly help available. I don’t see an old war buddy of Sousuke turning on him here. I’m sure he thought putting a mole within Amalgam would be a smart move. Even if he wasn’t on their side Amalgam tracked down the new Arbalest. At least this way someone who may be a traitor to Amalgam is close to the new mech. 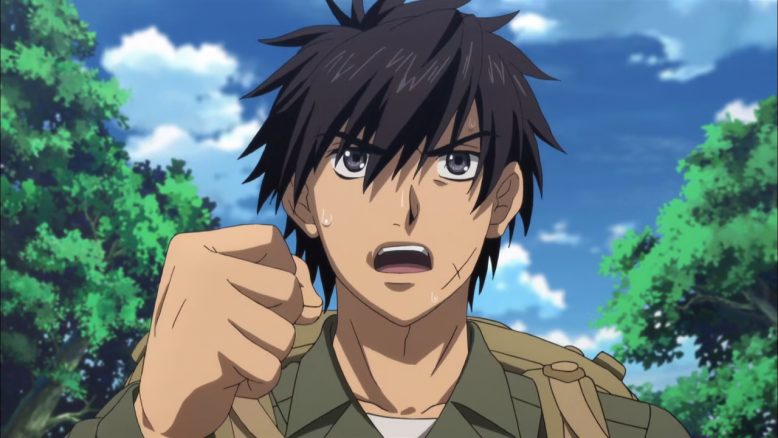 Sousuke…is training. That is basically all that needs to be said with him. He survived the attack by Amalgam (no surprise twists there) and went into hiding as he recovered from his physical injuries. I suppose there was a solid bit of banter between old school and new school training methods. Not really sure which side the show is sitting on consider Sousuke was KO’d by episode’s end. And honestly Sousuke’s plot armor helped keep him alive and prevented that Alligator from eating him. So honestly I’m kind of leaning towards this training being rather stupid and it’s a miracle it hasn’t killed Sousuke. But hey the guy has some points. Sousuke is the MC so maybe this is the best way to get him on his feet in a hurry. 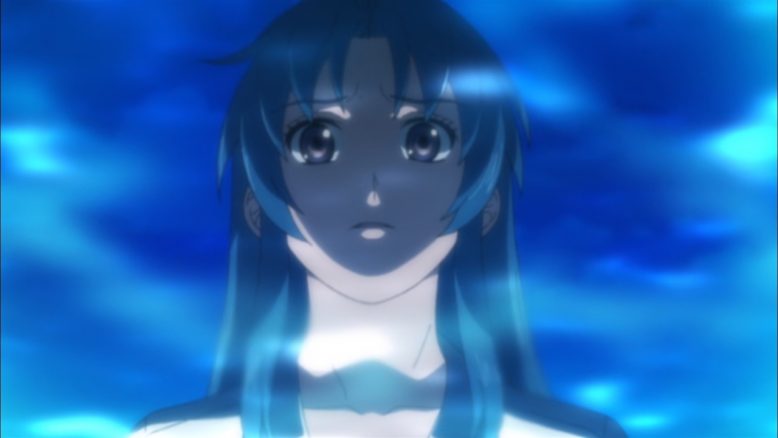 And Chidori is…doing something. I was worried she was going to be moping once she found out Sousuke was alive, but that didn’t last. One positive with her this season is that while she does go into potentially annoying territory, she doesn’t stay there very long. I’m still not sure what she is doing on the computer. It’d be more dramatic if they mentioned anything about what she was doing there. I’d presume her swimming practice has something to do with a planned escape attempt? It might make some sense that she’s trying to do something herself before Sousuke has to come there to save her. Also sorry to tell you this Chidori…people have already died during Sousuke’s efforts to rescue you. People are continuing to get killed in this conflict. They just aren’t necessarily people you know. 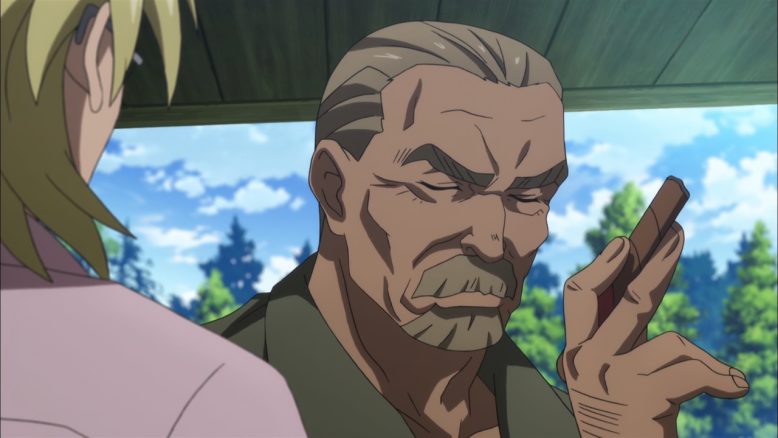 It wasn’t a bad episode. It just felt like a lot of catching up with people. We don’t know what Amalgam is doing, or what Chidori is doing, or when Sousuke is going to go after her, or when he’ll find his new mech now that it has been captured by Amalgam. What we do know is that Tessa has a plan to kidnap and torture information out of her brother. We will have to see if she can end up tracking him down before the Invisible Victory is finished.