Nanatsu no Taizai: Revival of the Commandments – 20 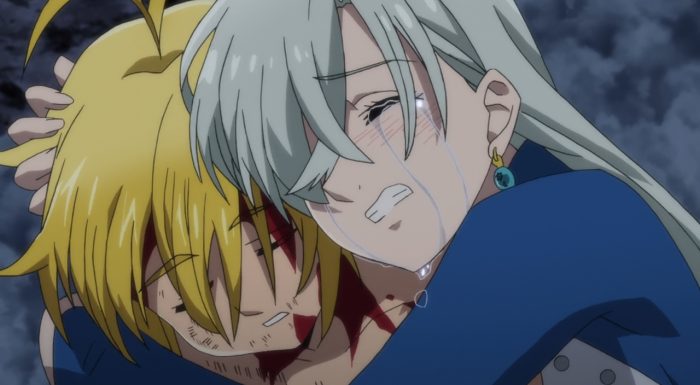 Ok the Commandments have gone and done it now. Not that they haven’t done some terrible things to the innocent people living in that world, but they’ve definitely gone to an extreme that will warrant one hell of a response by the Sins. It won’t be easy to make that response though considering the Commandments just took out one of their biggest guns in Meliodas. Not necessarily their biggest since at his best Escanor is a total beast. Still this was a heavy and emotionally painful loss. The Commandments just killed their captain and there wasn’t a darn thing the Sins could do to stop it. Quite literally in that even Bans best efforts couldn’t even slow down Estarossa. 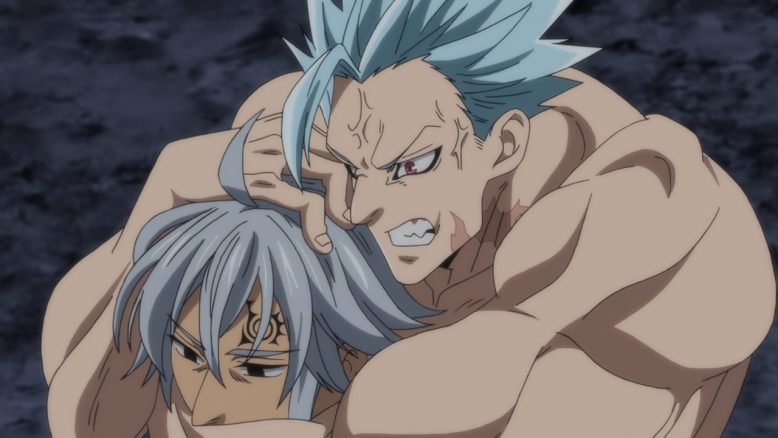 And honestly that might have been the most painful part of it. Not that I don’t think the emotional moment with Elizabeth and the corpse of Meliodas had weight. But rather I just think the sad aftermath doesn’t quite compare to the horrific tragedy of Ban being right there but not having the ability to do anything about what was happening. He risked it all coming out there. A very real chance that Elaine would be gone was apparent when he made his move. But in the end despite going out there all he gained was a front row seat to watching his best friend die. That is just horrible.

The bond and friendship between Ban and Meliodas is one of the stronger things in the series for me. For all the super powered action and crazy backstories, this is something people can get behind. Seeing a friend go out like that is something I can’t even imagine. It’s impressive that by the end of this Ban is still on his feet emotionally and fighting on. He’s presumably lost his lover, his best friend, and yet hasn’t broken down from it. There is still something he can do. 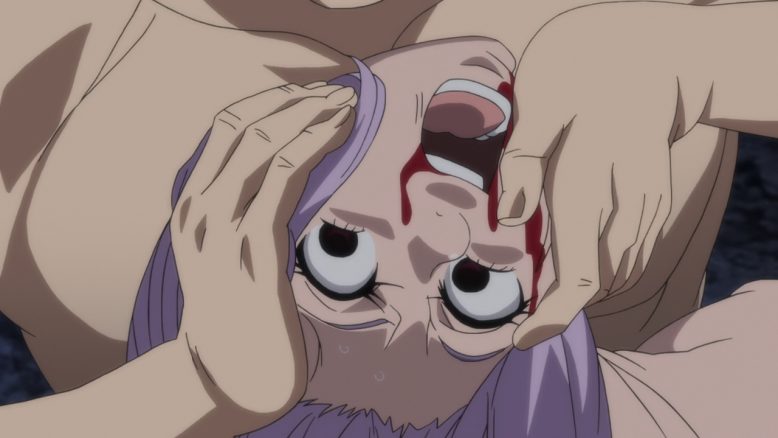 This episode went between awesome for the good guys to horrific gains for the bad guys. Nothing quite matched the awesome scene of Ban erasing his presence and just walking up to kill Melascula. That was pretty badass. You mess with Ban’s best friend then you get wiped out of existence. Unless of course you are too powerful…Still I did like the scene of Ban showing up and the two friends having their bonding moment even in an unbelievably bad situation. Just too bad it was balanced out by a pretty slow execution of Meliodas. Estarossa just seems utterly warped as a character and I’m still just trying to get a feel for him. 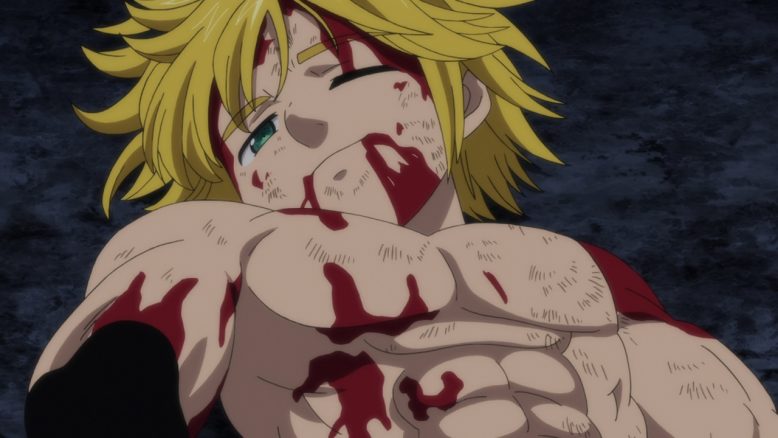 The question is where things go from here. This was a pretty significant blow for the Sins and now the Commandments seem free to just unleash their horrors. The only real threat they have to worry about now is Escanor and he’s a very mixed bag. If it’s during the day he’s unstoppable and during the night he’s the easiest of the Sins to kill. We can see the various new characters along with older faces like Arthur trying to do what they can.

But it isn’t easy as we’re seeing how the people are buckling under the stress. It’s not acceptable behavior, but it isn’t shocking either. People basically helping to hunt down individuals like Holy Knights to hand over to the Commandments in order to keep themselves safe from having their souls taken away. Not a bad move to use characters no one would care about like those former Weird Knights from the first season. Those guys are just criminals at this point. After losing Meliodas they probably didn’t want to pile on the tragedy. Not that it was enjoyable watching those people go down. Few people deserve to get their souls ripped out and eaten by demons…that’s a bit much. 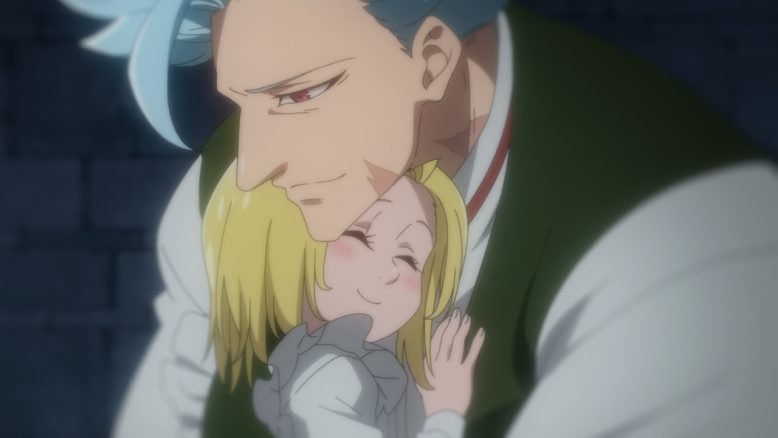 Now to see where things go from here. Elizabeth appears to be trying to keep herself together and carry on. The Sins have taken a pretty significant blow. Now I’m not going to pretend that I think Meliodas is gone for good no matter what drama was made here. We’re talking about the main character of the series. Although hard to say how he might come back. But Ban has been trying to resurrect his lover for a long time, so we can’t discount the possibility to bring people back. For now though Meliodas is out of the picture. Others will have to step up for the time being.