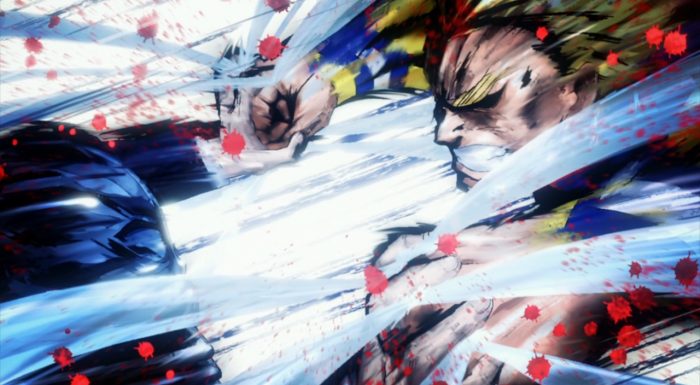 Oh this is going to be crazy! This is a pretty tense and dangerous fight for All Might. He really just isn’t at his peak or prime any longer. We already saw how dangerous things could get for him during the USJ incident. And he’s already reached his activation limit by the end of this episode! This is a pretty scary situation and yet also has a thrilling aspect for the viewer. We are seeing two titans of this world clashing. Neither one of them appears to be at their best. And yet both are still two of the most powerful and dangerous individuals on the planet. It’s just mindblowing how powerful these two must have been during their previous clash years ago. 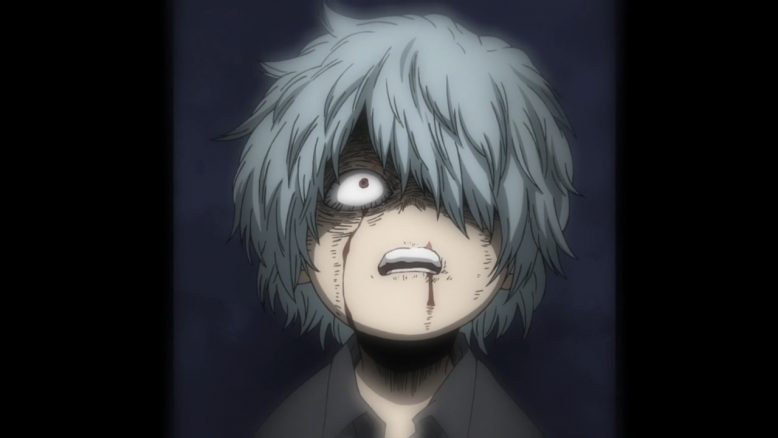 There is an interesting note to make about All for One. Just a small note and his overall behavior leaves me curious to his intentions. He simply takes down Best Jeanist (not sure if he’s dead or not) and openly refuses to bother taking his quirk. It is a quirk that clearly took a lot of time and practice to master. Best Jeanist isn’t one of those heroes with a quirk that instantly made him an obvious top hero for the future. But rather he’s one that took a quirk about manipulating fibers and through intense training and effort became one of the top heroes. And yet the reason All for One decided not to bother taking that quirk was because it wouldn’t be suitable for Tomura. Just what is this guy planning?

The question of why he’s taken such time to raise and support Tomura is odd in general. The idea that he wanted a symbol going around doing work for him made some sense, but it seems to be far more than that. Does he intended to start loading Tomura up with various quirks? But could Tomura even handle that? We’ve seen the Nomu and how people in general can’t handle too many quirks. Would Tomura even have any hope of managing that? And is All for One simply planning on bolstering the powers of his apparent pupil or is he trying to copy the success of One for All by passing it all onto a younger and healthier individual? I just don’t know. But the words he threw out there makes for interesting speculation. What is All for One’s true goal? 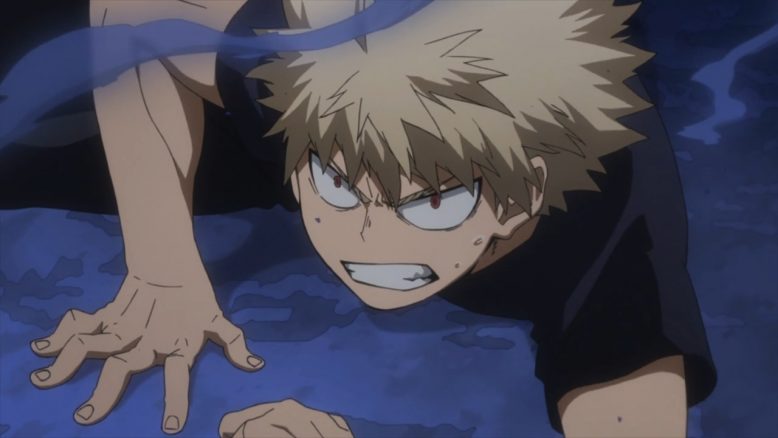 This did finally allow the main cast to do something useful and not straight up break the law. I do appreciate when the show manages to use the main characters in a way that is sensible for their current abilities. Rushing out there to save Bakugo was pure nonsense. There was no good option for Deku to race out there using Full Cowl, grab Bakugo, and get away safely. I’ll give credit as well to Iida and Momo who had a “whoa there” moment with the rest of the group. When there was a good plan they worked together to make it happen, but not until the plan was actually a good one. And the plan was pretty solid when they got to that point. Just flying through the skies, having Bakugo launch himself up to them and then continuing out of there was a solid way to go.

And I’m glad the situation did cover Bakugo’s side of it well enough. The plan was smart enough to take into consideration that the only person Bakugo might respond to a rescue effort from would be Kirishima. He’s just not going to accept a helping hand from Deku at this point in time (even if he should mature enough to do so). And honestly they did give Bakugo enough time to show what he could do. That he managed to hold his own was outstanding. It really does say a lot about his capabilities that he could manage that with so many enemies all around him. Sure they wanted to capture him without killing him, but they were desperate enough to get violent while doing so. 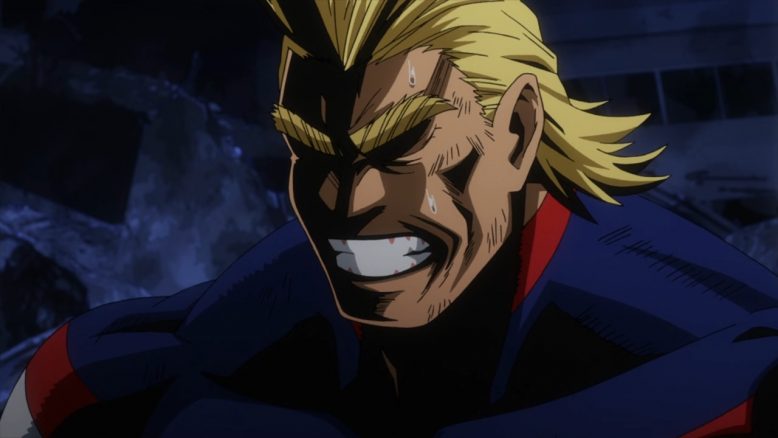 Still the big thing in this episode is the setup for what is coming. The fight while hitting an interesting point (All Might hitting a bit of a wall) can’t possibly be over yet from the previews. This is just a really exciting time to be watching this show. Again despite their health issues, these two are some of the most powerful people in that world. This is a direct preview of what kind of insane stuff Deku could do in the future. And it also shows how utterly terrifying All for One is as a threat. All Might is pretty straight forward as an opponent. He’s very fast, he’s very strong, and he will try to punch your lights out. But All for One is just too unpredictable. There is no telling how many quirks this guy has and even scarier is that he can combine them. Oh joy. 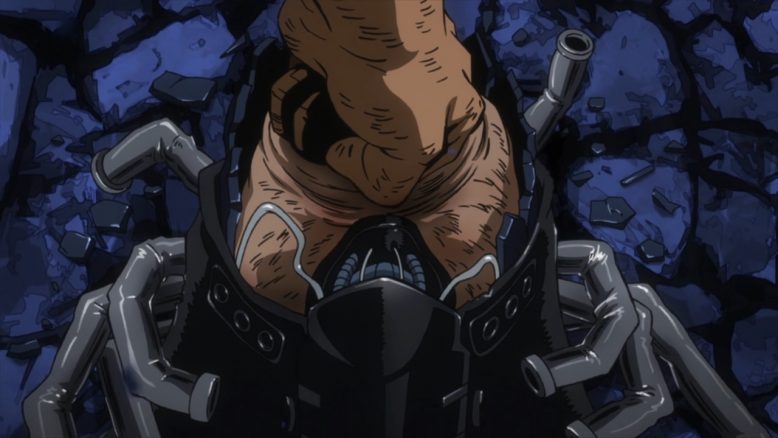 So here we are at a pretty exciting point in the story. The main cast have rescued Bakugo so they can retreat from the front lines and the focus can shift to All Might. This is a pretty intense and dangerous situation. No matter his injuries All for One is a legitimate threat to every hero out there. The toughest thing is just the wait until next week! That episode could be one of the best we’ve gotten from the show period. The hype has been built up through this episode and we’ll see if the next one lives up to that.