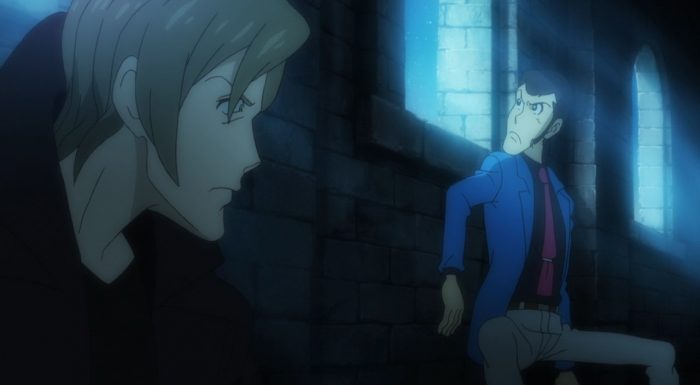 And so ends the second “episode” of Lupin III Part 5. In a strange and weird break from tradition (as far as this series is concerned), this concluding episode of the second story arc of this series, was perhaps as standard of a Lupin III story conclusion as can be. Of course, when I say that, I’m likening this story arc to more of the Lupin III movies than I am to a Lupin III anime tv series episode, which is something that I’ve pointed to before. 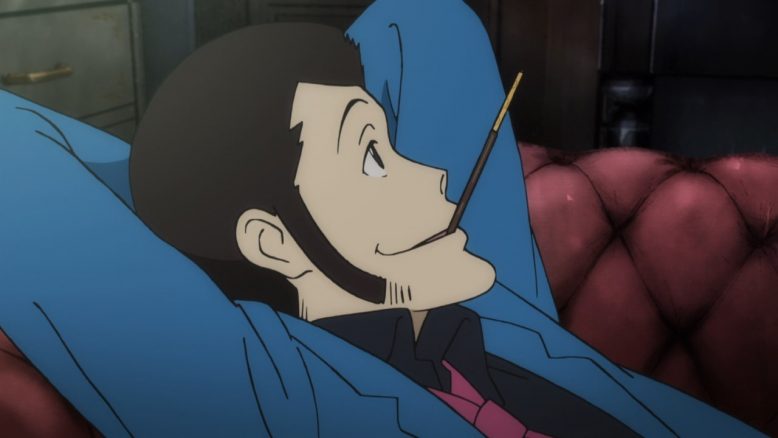 To that end, its no stretch now, to see these “story arcs” as basically Lupin III movies playing out across the span of a couple of episodes. Run-time wise it certainly amounts to the length of a feature film (four episodes equaling to about 2 hours of runtime), but I think simply calling Lupin III Part 5’s story arcs as split up movies is doing the show a disservice. See, Lupin III Part 5 does the rather difficult task of breaking up its arc stories into individual episodes to the point where each episode feels satisfying by itself.

This is a show you can watch and enjoy weekly, and a big part of that is because each episode has its own notable moments, twists and its own microcosm of a beginning, middle and end. This episode, of course, had the unique role of serving as the book end to this latest story which we can now see was the introduction of Albert into the larger Lupin III franchise. 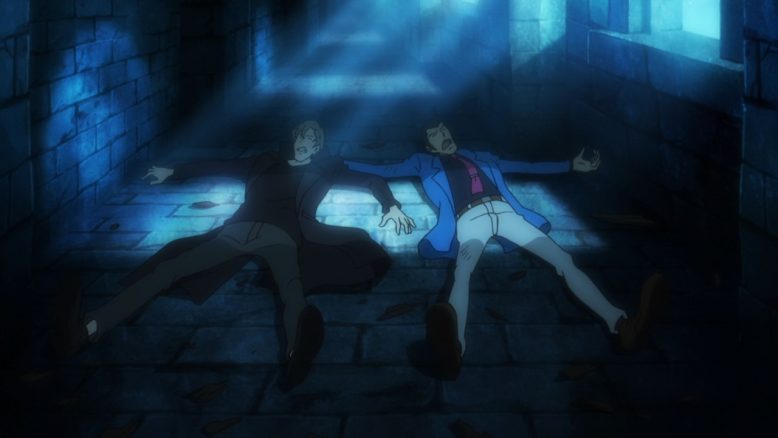 Thus, the episode itself doesn’t have a lot of big surprises or jaw dropping moments. No, that stuff pretty much took place last week, and of course, throughout the last three episodes. So with plot revelations and larger mythos questions mostly addressed, the show focused in on closing out this particular Black book story.

And I think the show did a pretty decent job. The action sequences were particularly nice this week, especially that rather BRUTAL fight between Goemon and the Spike lady. I have to say, this fight that Goemon was a part of, its the most graphic I’ve seen the franchise ever be with regards to him. Goemon has always been shown as the elegant, almost cartoonishly noble samurai, to the point where the franchise has never quite shown off the after effects of his handy work. Even the first arc of the show, didn’t have Goemon explicitly slicing and dicing to the degree that he did this week. 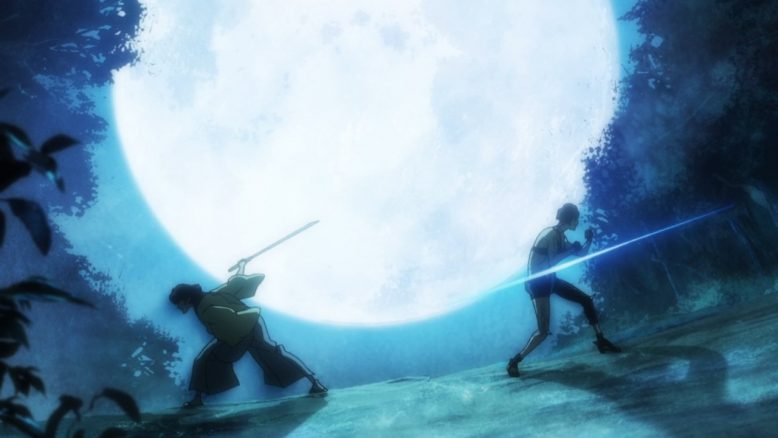 That rather sudden shift into tone for the action, starting with Goemon, well it definitely gave the episode its own “highlight moment”. It may not be something as earth shattering as Lupin’s own origin story, but its got enough pizazz to at least grab the audience’s attention. To that end, the action as a whole was pretty darn brutal this week. Whether it was Goemon, or Lupin shoving his own enemy into an Iron Maiden, or the flat out serial killer style execution that Albert performed on the kid, it was all just extremely bloody.

In some ways, I think that’s pretty ballsy for this show as well. Unlike what we’ve seen from this franchise before, the show isn’t shying away from the fact that Lupin and his friends do kill and murder their enemies as part of their adventuring. Lupin is a thief, a criminal and that is as much a part of the character as is his more noble intentions and anti-hero like status. Sure Lupin does the good thing in the end, but he’s no Batman or any other such super hero character that refuses to take a life. 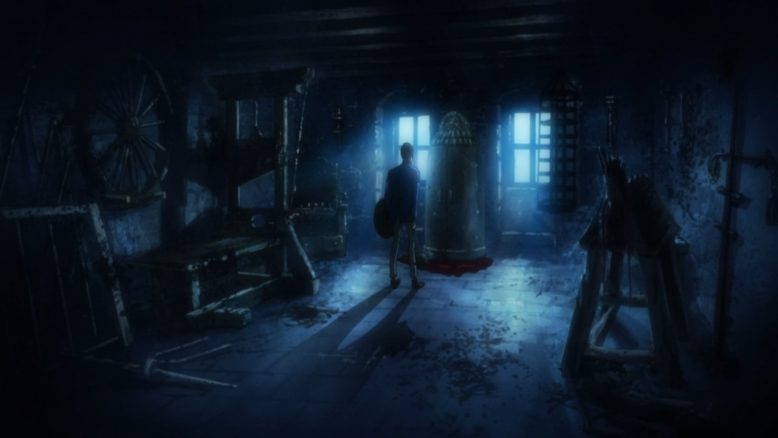 And yes, I realize we’ve known that before, but the rather graphic nature of the fight scenes this week, just brought it all into focus in a way that I haven’t seen or felt before. It all points to yet another one of this series’ attempts to evolve and mature the Lupin III franchise as a whole. All in all, I’d say it succeeds pretty darn well.

Beyond that, the conclusion to this Albert arc as a whole didn’t have any super noteworthy moments. Lupin in the end, got back at Albert by tricking via Black book switcheroo, and the two basically parted ways for now. Its clear the the show plans to revisit Albert and Lupin’s rivalary, but at the moment, it seems the two parted on pretty good terms. Sure these two men aren’t ongoing allies, but there’s that mutual respect and that sense of catching up with an old friend, that certainly permeated the last few moments of the episode. 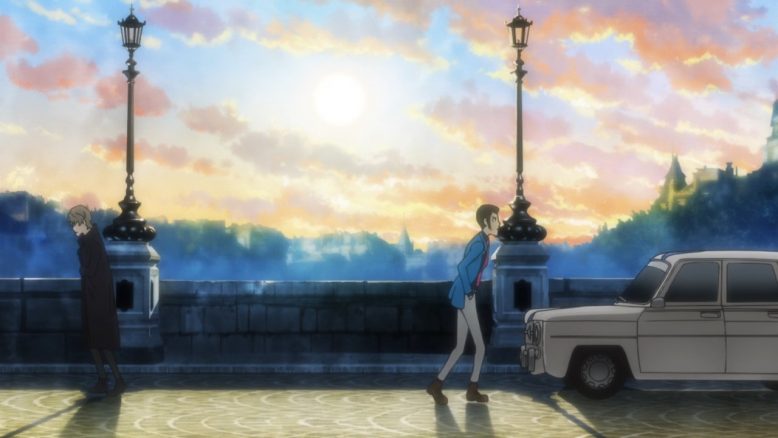 As for Lupin himself, it seems he’s moved forward a bit as a character after reuniting with his old rival. Lupin’s still the undeniable superior of the two, which was something that I think the show tried to cast doubt on, but never quite succeeded. In the end, I’d say this Albert story was pretty darn nice, as it served as a vehicle for the show to examine Lupin himself and give us some hints into his origin.

Now… The last thing to mention or talk about is where the story is going to go from here. I don’t normally discuss previews anymore  in my episode blog posts, but I think given what we saw in the preview this week, its worth at least speculating on. It seems that next week will be another “flashback” episode of sorts, and this time we’ll be seeing the Red coat era Lupin. That puts us squarely somewhere inbetween the second and third Lupin III series of the franchise and right in that 1980s era of the character. 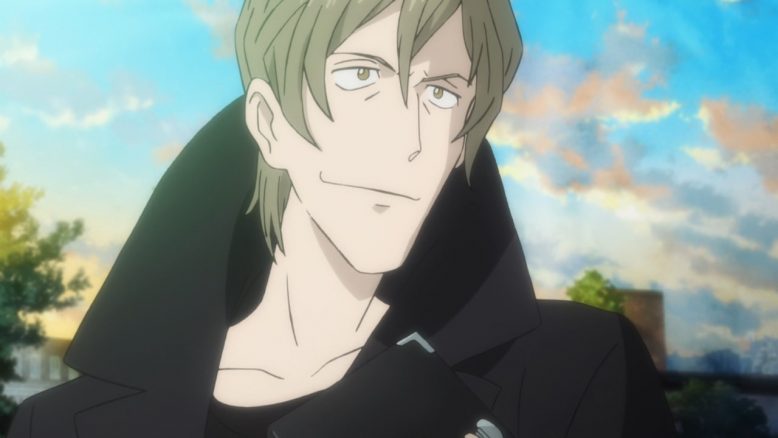 Also worth noting is the particular emphasis on Fujiko again. I suspect that this next episode is going to give us another different look at these two characters and their long running dynamic. Which, is certainly interesting to me, because I’m still looking forward to how that schism between the two characters actually came to be.

All in all, however, I’d say this second story arc for the series was a success. While I don’t this particular storyline was as immaculate as the first, it was still known the less very darn good. Well paced, interesting and daring new ideas, and some great action scenes made for a rather good time. With the quality we’ve seen thus far from this show, I can’t wait to see what comes next.