Nanatsu no Taizai: Revival of the Commandments – 19 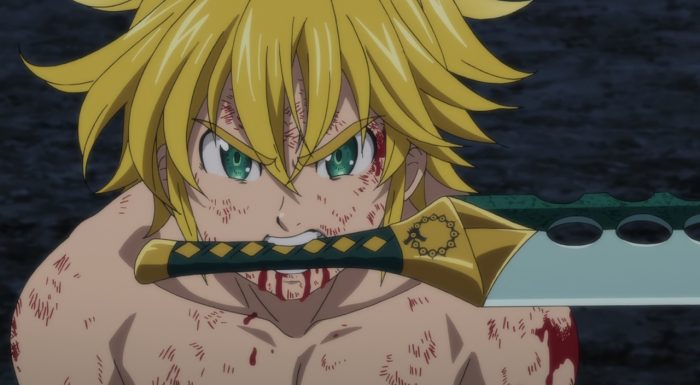 Well things just went from great to horrific in no time at all! I mean geeze this is absolutely a horrible situation without a shred of hope attached to it. There is no one that you can reasonably throw out there that can change this situation around. While Gowther could possibly help trigger another transformation for Escanor that kind of thing is temporary and wouldn’t last long enough. And while Escanor is a total monster I’m not sure he and Meliodas (banged up) alone could fight all those Commandments at the same time. Sadly Meliodas is on his own and there is nothing the rest can do to help him out. Even King going all out at best could just fight those minions/albions that we’ve seen. He isn’t on the level of the Commandments. Thus this situation is the most horrific. Meliodas getting picked apart and no one can help. 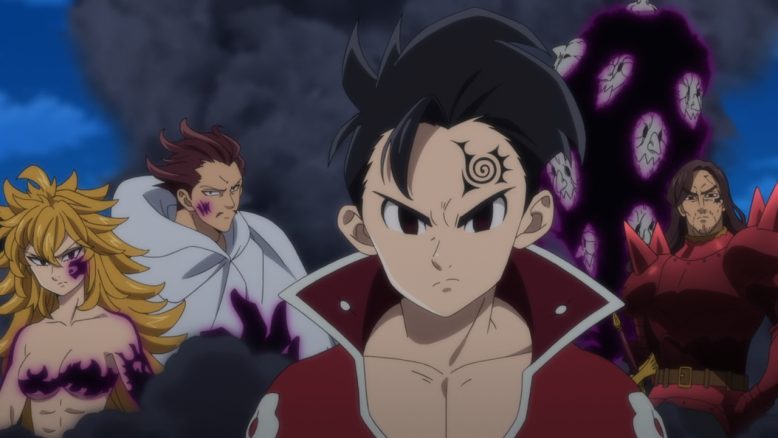 This was the kind of thing Meliodas wanted to avoid and a failure of strategy. The Commandments are a massive threat because they have power and numbers. Trying to smoke different pairs wasn’t a bad idea from Meliodas. But he had to keep timing into consideration. His fight took too long and the moment he was detected the timer was activated. The win condition was smoking his opponents and then leaving before the other Commandments arrived. But his plan failed. Meliodas couldn’t defeat his opponents fast enough. In time I think he would have won that grueling showdown. But there wasn’t any time. And once the Commandments showed up he was doomed. I don’t know how they stopped his Revenge Counter. But that really was the only chance Meliodas had. 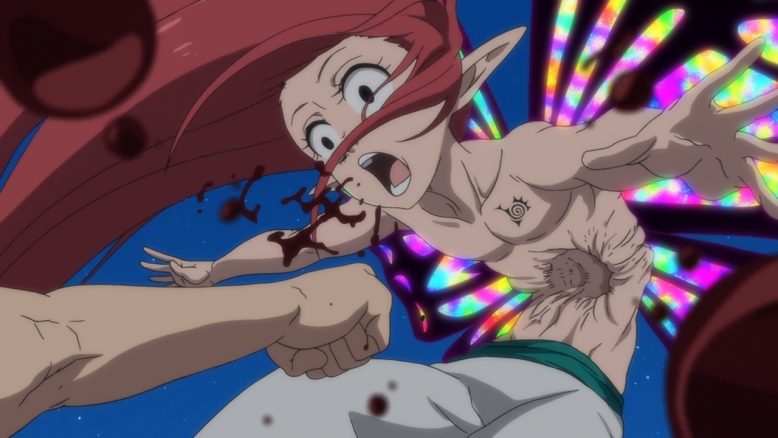 It was a pretty fun fight before that point though. We got to see Meliodas just ripping the former Kings of the Faeries and Giants apart. It shows both how powerful they are and how powerful Meliodas is. These two joining the demons was a real loss. If they were on the side of the Sins then they could help tip the scales a bit. This plan might have worked if it wasn’t these two. The ability of Gloxinia to heal and restore was the key point. Against other Commandments this might have worked since they couldn’t just recover over and over again. It was a bad matchup in terms of an instant win kind of plan. Though that healing power did allow us to see awesome things. We got to see crazy sights such as Meliodas chopping entire arms off the Giant King and smoking Gloxinia into the ground. 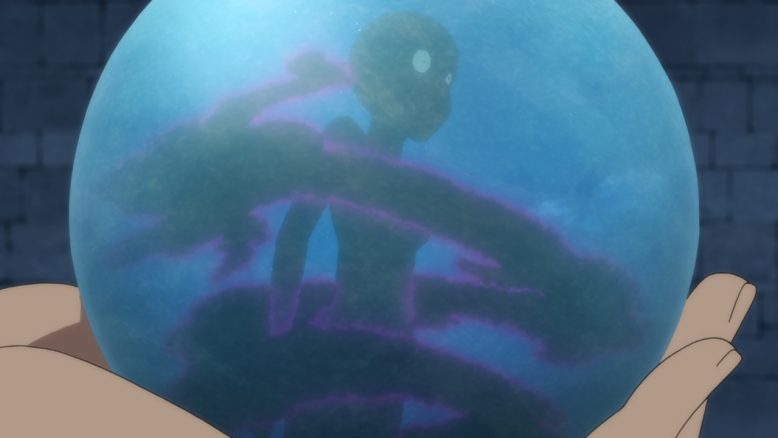 I suppose it is fair to note that Melascula is…alive. This is one of those times you can say someone is alive, but they aren’t necessarily happy about it. That leaves Escanor’s win count at 1 Commandment. That is still more than Meliodas who hasn’t actually managed to kill a Commandment yet. Plus…Melascula is basically living charcoal. Her being alive does explain why Elaine is still around and that is a fair price to pay for keeping that fairy girl on the cast! 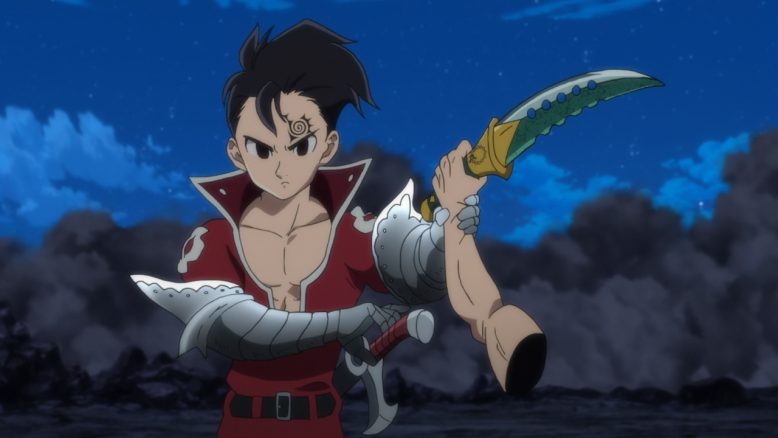 Just don’t know how things will play out here. Meliodas doesn’t appear to have any cards left and is just outnumbered. He could probably handle any of these guys 1v1, but with this kind of numerical advantage he’s just helpless. There just isn’t anything clever or positive to be said about this. Meliodas is tough, but he can’t escape and doesn’t appear capable of winning this fight. At least the title for the next episode sounds a bit optimistic. But in terms of the content of this episode it was rather bleak for the good guys.