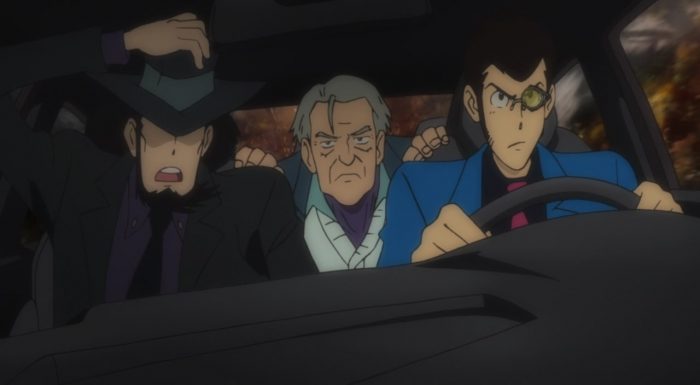 Lupin it seems, much like anyone else, has good days and bad days. This week’s episode, is perhaps one of those bad days playing out in spectacular fashion, and it’s all to setup and establish the newest antagonist in this franchise.

Albert is an interesting character, mostly because despite the good deal of work that this episode puts in to really establish him, he doesn’t quite work for me… Yet. The problem with arch enemies and just superior foes for protagonists like Lupin is that its really hard to actually see them work in the framing of the franchise as a whole. 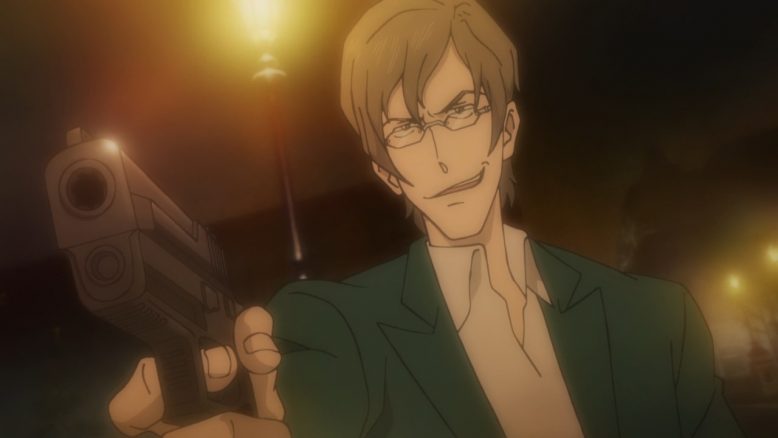 As far as people go, we’ve seen Lupin basically best everyone. He’s always got not only a Plan A or B, but plans ranging all the way to the letter Z. Lupin hardly ever gets caught unawares by people, and its only when he encounters the super natural that things get difficult for him. That’s why so many movies and stories featuring Lupin have always had something beyond human comprehension, like magic or a curse or something, to keep the threat level high for Lupin.

So, when Lupin III Part 5 introduces Albert, a character that basically seems to be Lupin’s intellectual and physical superior, it comes off as feeling a bit fake. To me, it certainly felt like Albert’s win here was less so because he was super clever, and more so because the story needed him to win. 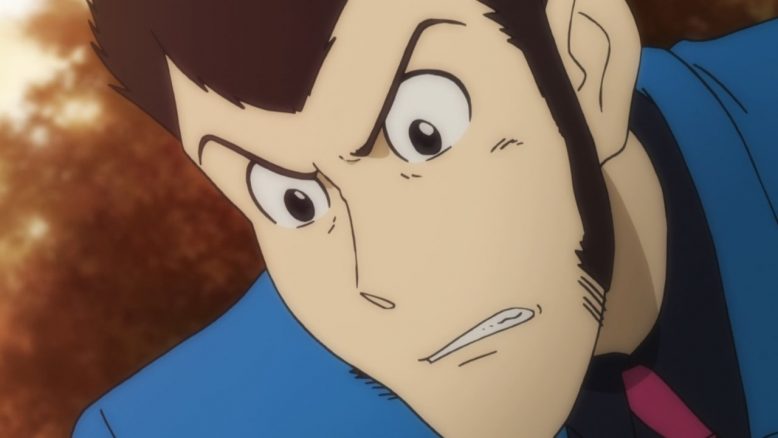 To that end, the show had Lupin acting like a brash, rattled, emotional youth as a way to justify his loss to Albert. Its no coincidence that Jigen had to literally point out that Lupin was behaving like his younger self. The show needed to give a realistic reason for why Lupin isn’t his usual extremely competent self, and while I think that works as a good enough reason, it doesn’t feel immaculate like everything else we’ve seen from this series thus far.

Maybe that’s me being overly harsh and critical, but I think its just really easy to create a powerful antagonist that can just supercede your protagonist in every way possible. The best antagonists are the ones that are a kind of cracked mirror image of their opposing protagonist. That’s why I think a particularly western dynamic, the one between Batman and the Joker, is perhaps the most effective example of this idea. I won’t bore you with the details of how those two represent different sides of the same coin, because smarter people than me have written mountains and mountains on that particular topic but, I think its relevant when we think about Lupin and Albert. 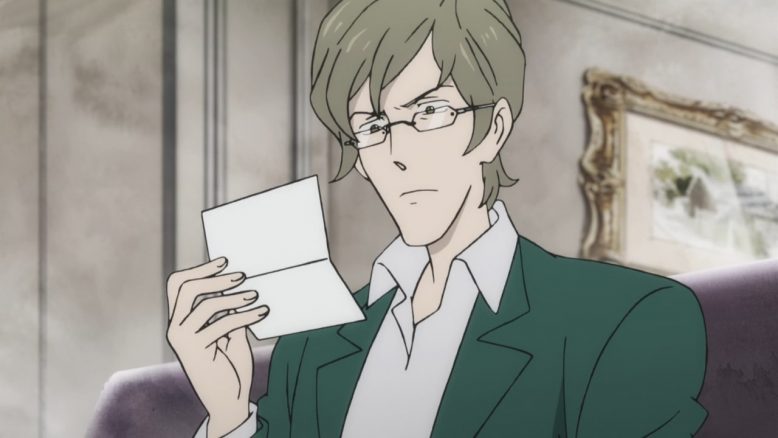 See if Albert where a twisted version of Lupin then that would’ve been interesting. I don’t exactly know how you’d do that, but I think Albert needed to be more than just the dude who’s arrogant and smart enough to best Lupin’s schemes at every turn. That to me, wasn’t as interesting as the actual events that took place over the span of the episode.

I mean, I rated this episode an A-, and the reason I did is because despite Albert, the actual unfolding of Lupin’s fall was nicely done. The development of Lupin’s slowly building anger as he got closer and closer to Albert made sense. It was also a nice change to see Lupin actually go to work on the various schemes that he normally pulls out in the nick of time. 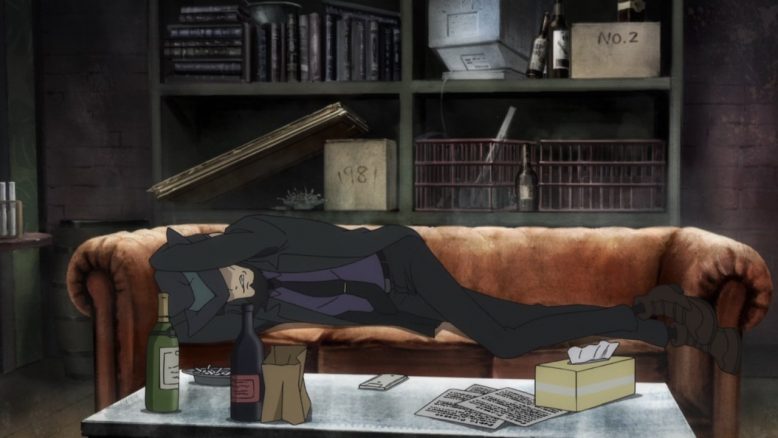 That, plus the nice side moments of Lupin’s supporting cast definitely added to the overal appeal of the episode. Whether it was Jigen’s worry as he continued to accompany Lupin down his destructive path, or whether it was Goemon trying to hopelessly work a cellphone, there just some nice  character moments thrown in beside everything else.

Plus as I mentioned last episode, I love how this latest arc has slowly added some depth to the world of Lupin III. First it was the mentor Gaston, and now with Camille Bardot. The spy with a photographic memory, is an idea that feels more like it would fit in the Cold War era rather than in a story today. Yet the way the show kind of pays homage to both those kinds of stories and Lupin’s larger history, definitely adds something special to the episode and this story as a whole. 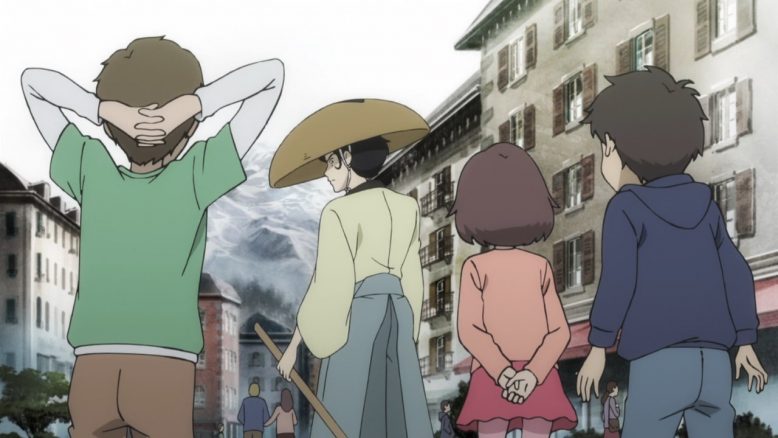 In a lot of ways, this whole “Black Book” story feels like something from a different era. In today’s digital world, its hard to imagine something stay hidden for so long, or coming to light at all. The whole angle of having this black book be from the past, is a nice little element to bring the past into the present.

This merger of the past with the present, is something I’ve only ever seen in one other franchise, and that is quite fittingly James Bond. I remember when I saw Skyfall, the movie that I think really did a fantastic job of showing the age of a spy like James Bond and how he works in the present day. To that same extent, the show is using Lupin’s past as a nice device to basically do the same thing, while still keeping its character himself very current. 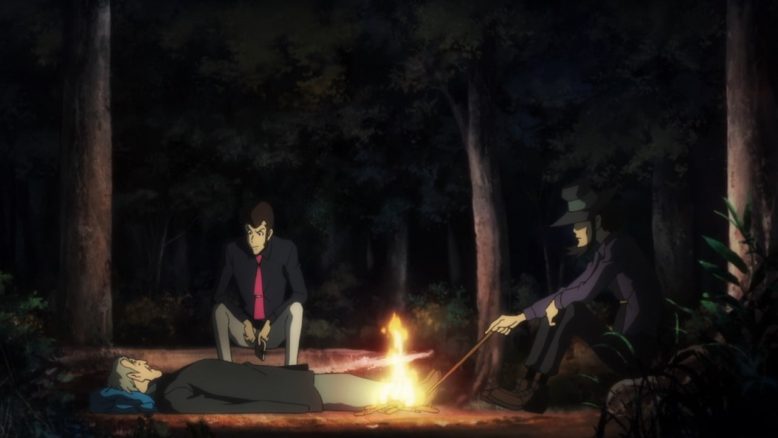 So… I guess at the end of the day, I liked this week’s episode a good deal. Its Albert that hasn’t really worked for me yet, and while I definitely believe there’s an interesting story behind his and Lupin’s past, I just didn’t think the show hit it out of the park this time. That happens to the best of stories sometimes, and even with the dark mark that is Albert, I’m sure there’s going to be more good stuff coming down the line.

I also suppose I should admit that I’ll be covering the next episode right after this one. I didn’t watch both episodes before writing this review, as I felt like my thoughts on Albert needed to be documented at this juncture, before we potentially see the show right the ship. As for why I missed out on watching and blogging about Lupin III? Well it wasn’t that I lacked any interest in the show, its just that personal life kind of got in the way of watching and blogging. 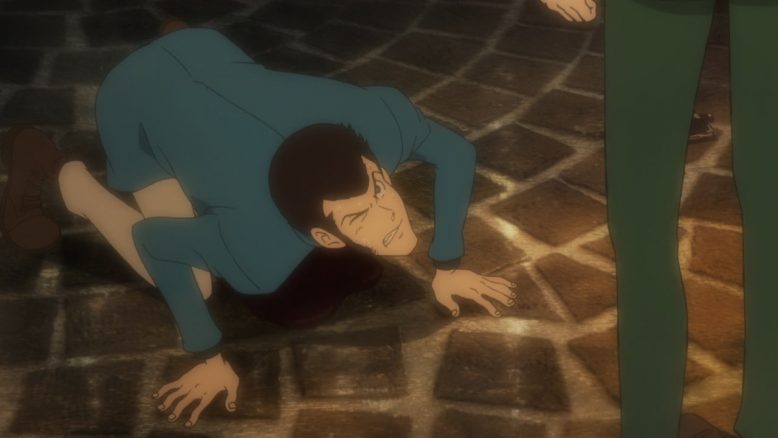 In any case, what I wanted to state was that my thoughts on this episode are most certainly in real time. The next episode isn’t coloring my perception of this one, and I think that’s an important thing to have when you’re blogging a series episode by episode. If nothing else, it shows you what I was feeling and thinking each episode as I went through the series. But enough talking on that, onto the next episode!