Nanatsu no Taizai: Revival of the Commandments – 17 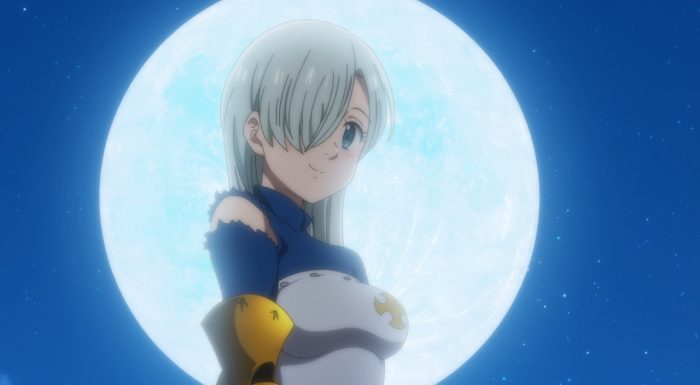 And the tournament is rolling off to a fast start. I’ll give the commandments this…they don’t waste a lot of time. Of course they could afford to be a bit more flexible in terms of what they do with those that lose these fights. Not that I feel that bad for the assassins here, but Elizabeth did go through the effort to keep them alive. Also what is the point of having rules that allow you to win without killing…if the loser dies regardless? Of course these are the commandments so what do they care about fairness? These guys are out there to kill everyone that gets in their path and this tournament seems to be part of the plan to do that. Have the people of this world kill each other and then the commandments can just kill the winner themselves. I’d presume that’s their intention. 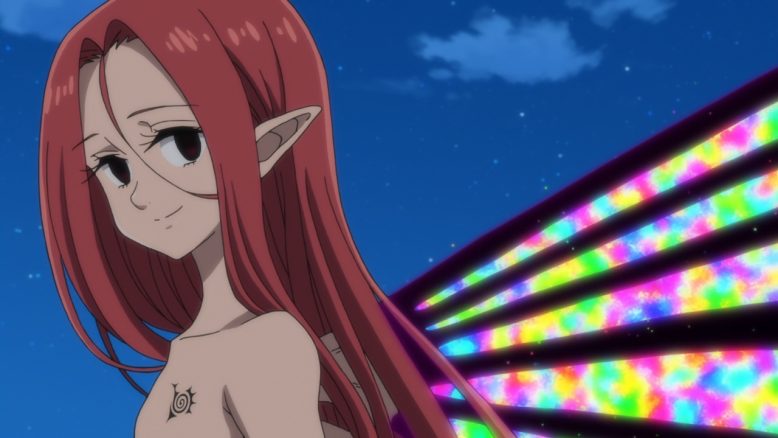 This does make it an interesting situation for King and Diane. Two of the commandments aren’t even demons but the former Kings of the Faeries and Giants. Well I suppose they could have been turned into demons (not sure if that’s possible), but regardless they were famous figures in their respective civilizations. For all the issues King has had with Meliodas this should be far more impactful. Meliodas may be a demon, but he’s one that has chosen their side to stand on. While in the other case you’ve got Gloxinia and Drole apparently switching sides to join the demons. I’d like to see him spend a good amount of time complaining at them as he has at Meliodas. 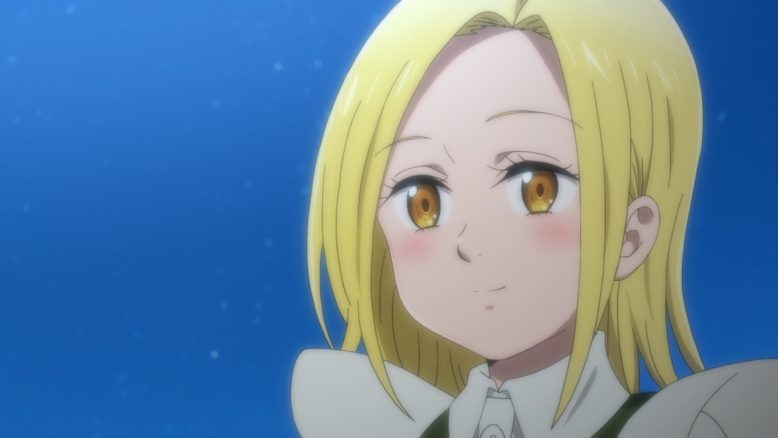 It was kind of nice to get the chance to pair up Elizabeth and Elaine. These two certainly haven’t had chances to really interact to this point with Elaine being dead for most of the story. They are both good people and it makes sense for them to get along. No doubt it is a great thing for Elaine to run into more people that wear their thoughts and hearts on their sleeves. Elizabeth is certainly similar to Ban in that she doesn’t hide what she thinks. They did pretty well all things considered in their fight. Of course it was a lucky break that Elizabeth was attacked in a way that she could recover from with her healing powers. If the assassin went for a more brutal and instant kill method then that might have been it. In the end those two did a great job. 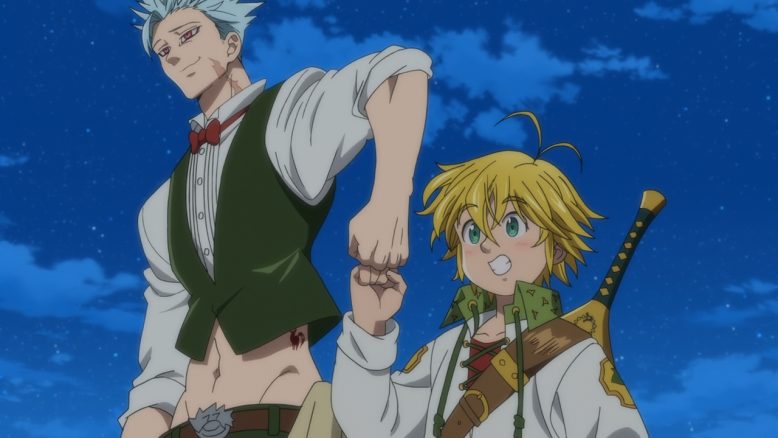 Not much to say about Ban and Meliodas other than that they are proud of their lovers. They know exactly what they like and won’t hesitate to express that. Certainly Elaine and Elizabeth are very different in physical appearances. So there was plenty for Meliodas and Ban to go over with their debate/argument. It is kind of refreshing to have these guys so open about bragging. I suppose when you’ve lived a long while and been through a lot there isn’t much to be embarrassed about. They love the people that Elaine and Elizabeth are, but they aren’t going to pretend that there isn’t a physical aspect to these relationships either. I suppose one good thing for Jericho not capturing Ban’s romantic interest is that her physical qualities won’t be talked up in a loud and open discussion XD. 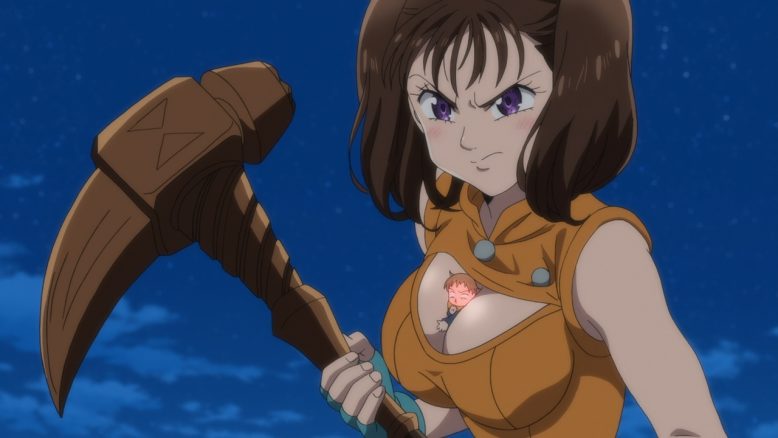 It should be interesting to see how this tournament plays out. They can only go so long with this if the commandments are going to kill off the losers of each match. Sooner or later the main characters will get paired off against each other and choices will have to be made. An unfortunate turn of events with this tournament being held at night. If it was going on during the day then Escanor could probably just smoke the commandments and take care of business without issue. Sadly that isn’t the case and it is going to get dicey. That was an effective bit of storytelling to show that Escanor in this state is vulnerable. Sure Gloxinia healed him, but if a serious fight breaks out I doubt the commandments will be healing anyone. This could turn into a rather unsettling situation.