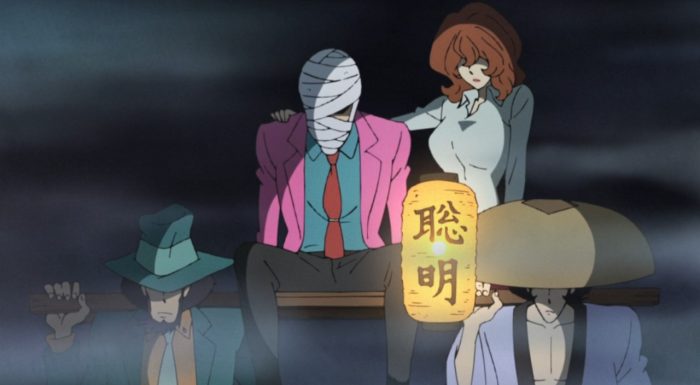 Well… That was certainly bizarre. Its clear that this week’s episode was all about paying homage to a particular era of Lupin III but what isn’t clear is why exactly we took this particular trip down memory lane. The surreal experience of watching this week’s episode was akin to going back to the 1980s, when the third series of the franchise was still fresh and young. 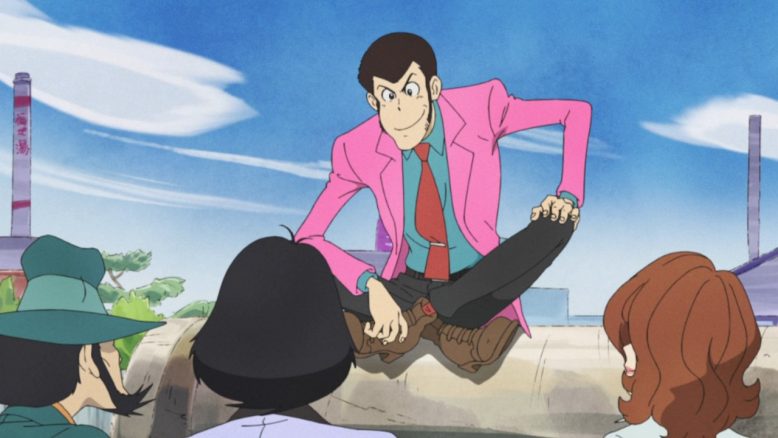 Everything’s just so decidedly different this week. The clever nuance, the writing, the pacing, its all thrown out of whack and instead replaced by the over the top, slap stick cartooney version of Lupin III that we haven’t seen for a good dozen or so years. The rushed pacing, the rather off quilter comedy that was clearly a sign of a time long forgotten? Well… It certainly hasn’t aged well.

Yet, I have to think that the people behind this current incarnation of Lupin III, had a very good reason for reacquainting us with the distant past. We’ve simply seen too skillful of a display from the series thus far, for me to just write this episode off as “a one off weird detour”. So then, why? Why do I think this episode came when it did? Well… For one thing, if nothing else, the show managed to remind us how different both the franchise and the characters used to be from what they are today. 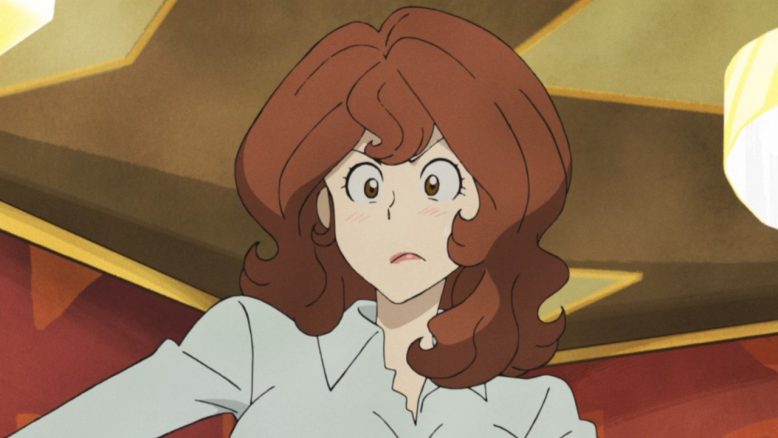 Of particular note this week, was actually Fujiko. We’ve discussed Fujiko a fair bit in this series, both in terms of how she and Lupin have moved on in the present day and in how much their dynamic has evolved over the course of the franchise’s long tenure. What’s interesting is that because of all the movies and the story thus far, its clear that even Fujiko has gone through some dramatic changes.

Fujiko, over the years, has gotten this persona of being the “wild card” in the Lupin gang. She’s a character that’s known to be selfish, in it for herself, and who manipulates and uses Lupin for her own ends, and then promptly discards him. Yet… This week we saw a very different Fujiko. A Fujiko, that actually appeared as a sort of cute, likable member of the Lupin gang that actually felt like a core, proper member of the group. 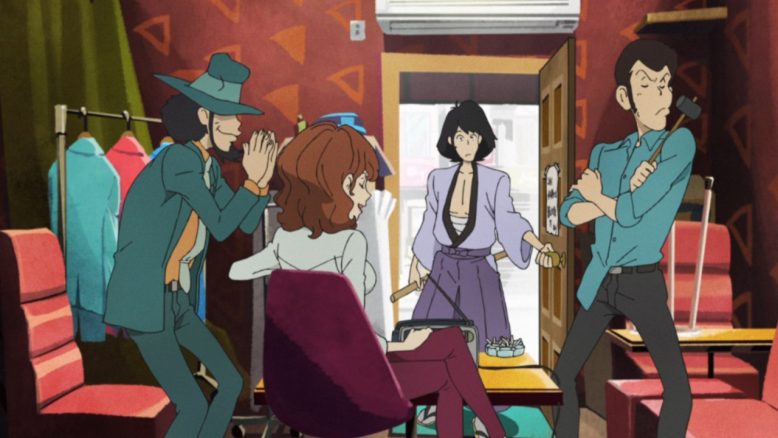 There’s an almost optimistic, jovial tone, in fact, to the general dynamic between Lupin, Fujiko, Jigen and Goemon. I’m not sure if the episode meant to show us that the part 3 era featured the “better, nicer days” for the group, or if it was supposed to remind us that despite how badly the franchise has treated Fujiko and Lupin, they DID at one point, have some chemistry. In any case, the show did highlight some key differences between what we have now, and what used to be before.

Now… Maybe I’m just reading too much into the Fujiko part of the dynamic this week. That’s possible, but at the very least, it was the show that put me in that particular mindset. The relationship between Fujiko and Lupin is certainly a key element in this series, so any changes we see following last week’s conclusion, are bound to stick out. Time will tell if highlighting these differences was the intended purpose of this week’s episode. 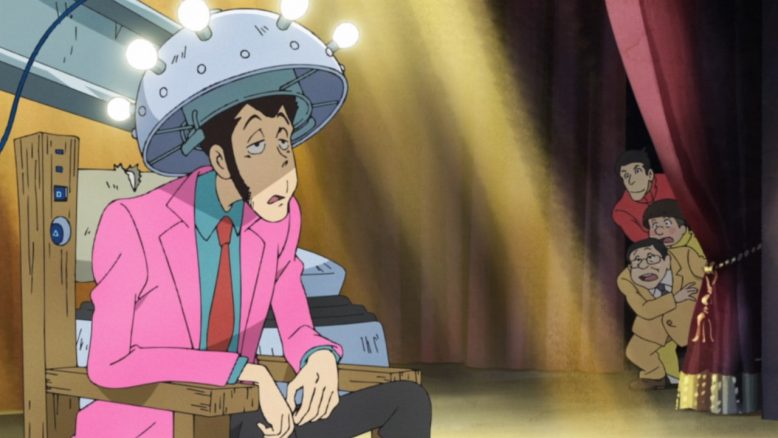 Its worth noting, however, that there were other things that one could glean from this change in tone and style. One such nugget, for instance, was in seeing how “simple” things used to be in the old days, both for Lupin and for the storytelling of his franchise in general.

The whole “Bank Safe that opens based on brain power” story is cartoonishly simple. The reactions, Lupin’s whole “training” to get dumber, its all really quite  standard in terms of cartoon plots. Its also not very serious, but yet, there’s an element of “wisdom” to the story. As we see by the end, this particular story suggests quite strongly, that there isn’t much of a line between genius and stupidity. Again, a very simple concept in a simple story, told in what definitely reads as a more simpler time. 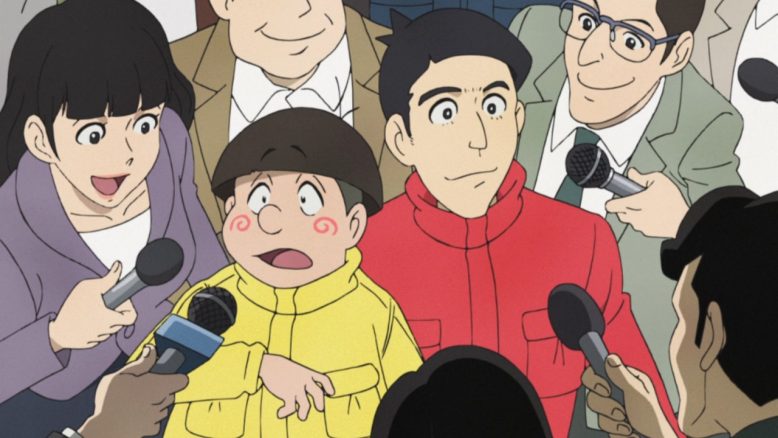 Added to that, we get two characters who I don’t remember ever seeing before. The two brother inventors this week, well, they certainly have a rather generic dynamic of “the smart one and the dumb one” going for them. The reason for their inclusion, however, definitely has me spinning up some theories.

Are these characters going to make a return in the modern day? Or is this simply a contrast to the sorts of villains and opponents that Lupin runs into in the present day. I mean, despite being the antagonists in this particular story, The two inventor brothers are actually fairly likable. Even Lupin himself refers to them as “amicable adversaries”, which, is honestly quite a stark difference from the Drug Mafia that Lupin took down in this show’s first arc. 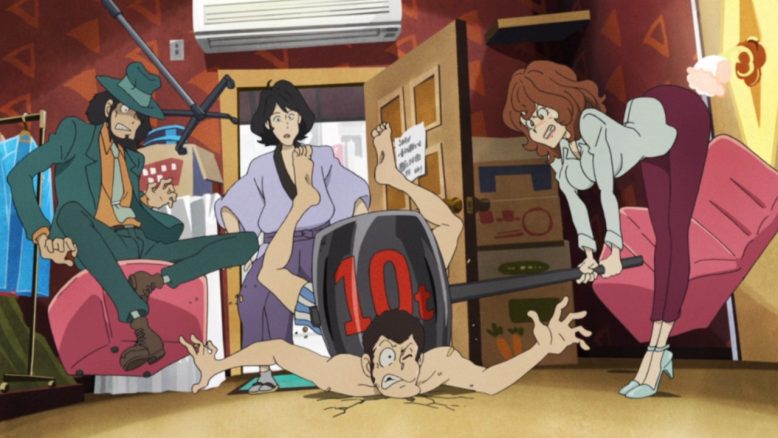 I suppose its worth admitting that I didn’t find this week’s episode particular good or bad. If anything, I was just kind of surprised and perplexed by what I was seeing, throughout the 22 minute runtime of this week’s episode. It certainly held my attention but if this episode had been released in a vacuum, I’m not sure I would’ve even cared for it enough to go through it all.  I don’t believe this episode stands out on its own, but I don’t think its supposed to. This episode, to me, felt like a small piece of a much larger puzzle, one that I hope we see the true value of later down the line.

As it stands, however, even if this was just a “breather” episode, it certainly provided something unexpected, in terms of sheer contrast to what came before. Are we going to get more of these episodes as we go through this series? That’s certainly a valid question. I mean, It seems like next week is going to have us go back to the present day, and thus to the much darker tone for the franchise. As we move back into that particular mode of this show, I’m definitely going to be thinking about what the show decided to present this week. Whether its actually going to amount to something or not, the everlasting impression that was made this week, is certainly a win for this episode. No one is going to forget what happened this week any time soon.