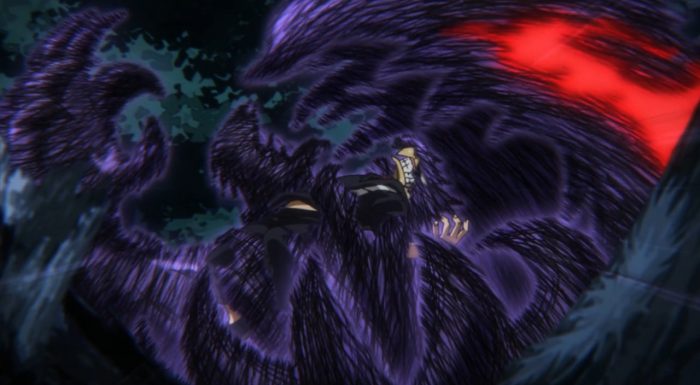 Now that Deku’s had his moment to shine it seems this arc will focus a bit more on the various students scattered around the area. I do really like Deku as a character, but nothing wrong with delving into the other members of the cast. This was a nice chance to focus a bit on the Class B duo of Kendo and Tetsutetsu. While I’m not sure their class really needs a trial by fire to grow into good heroes, I suppose so long as they survive this experience can be valuable. These two without any backup (outside of Momo’s gas masks) managed to bring down one of the villains and take care of a major problem in that gas. There’s still the issue of the fire and all the villains, but that is one major issue taken care of. 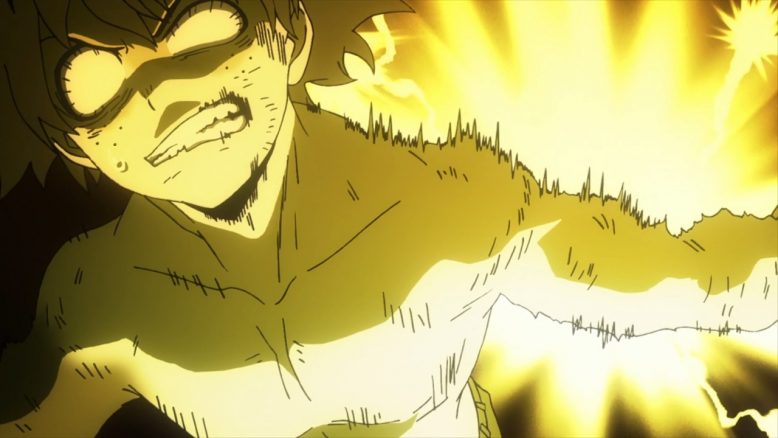 A fair point to be made is how darn restricted the good guys are. Technically Deku’s desperate struggle…wasn’t allowed. It is the same as last season. The good guys are fighting for their lives, but the rules don’t really care. Of course there are reasons for the rule and if you didn’t have them then you could have really chaotic messes happening all over the place. But this kind of situation is exactly why they were training in the first place. These kids need to get their licenses so they can actually protect themselves without worrying about getting permission first. At least they can mostly pretend that Deku got the instruction to use his quirk before he got into the fight and not after it.

It shows as well how the villains aren’t that unified. The League of Villains is drawing in lunatics who just want to fight and kill along with those that believe deeply in Stain’s policy. Deku could have been taken out by the one villain, but ended up being saved by the one that trusted Stain. In that respect Deku is one of the safer individuals. The League of Villains may want him dead, but individuals who trust Stain don’t. 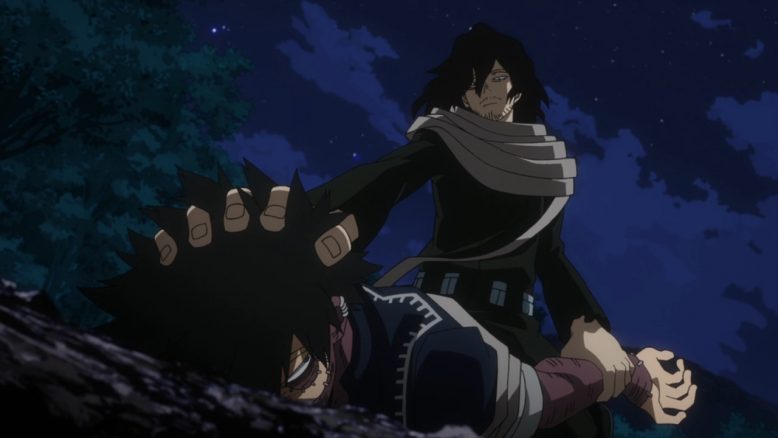 Of course Aizawa is pretty well ok. For someone who probably has to ambush a lot of villains he should know how to deal with being ambushed himself. Besides after USJ he’s probably expecting random attacks. He did a pretty good job handling Dabi or rather the clone of him. A pretty cool quirk that one villain has. He can apparently make somewhat weak clones of individuals but ones that can still use their original quirks. Not bad for a villain since you can send out fakes and not risk either of you actually getting arrested. There are probably limits to it, but not bad. I did love Aizawa being a badass and clearly he was eager to break some arms after what he went through last time XD. 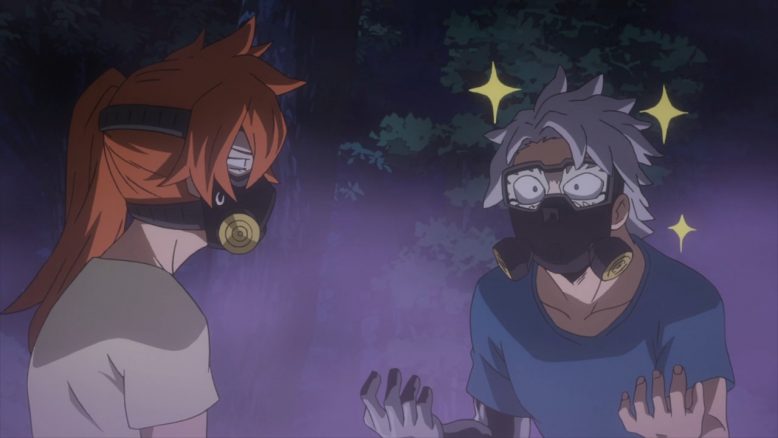 I did like the short fight with Kendo and Tetsutetsu against Mustard. Not much needs to be said on that villain name with the obvious mustard gas connection. Probably my favorite part though was Kendo stepping up and creating the chance for Tetsutetsu to deliver the finishing blow. We saw it a bit with Mandalay that just shows how messing with your opponent’s concentration can be all you need to do. Kendo used her fairly simple quirk to maximum effectiveness, disrupted the villain’s concentration, and thinned out the gas. You don’t need to pull a dramatic attack to get the job done. Though credit as well to Tetsutetsu for stepping up and hanging in there. Not being able to breathe is horrible and fighting while in that state can’t be easy. He may be simple-minded, but focusing entirely on his goals allows him to hang in there. 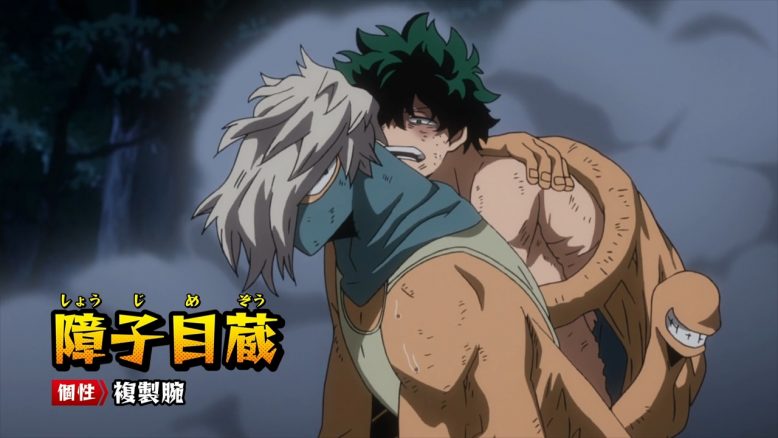 The big issue for next week seems to be the berserk Tokoyami. Poor guy got into a bad situation and lost control of his quirk. I’d have to presume his training will be what comes in handy here. His whole focus during the training camp was handling his quirk in these sorts of conditions. He’ll clearly need some help, but it should be possible to regain control over Dark Shadow. Poor guy though. People are in danger and right now his own quirk is a threat to those around him. I do like how Shoji is hanging in there despite getting hurt and also looking out for Deku. He knows Deku has to be reaching his physical limit and will need someone to haul him around for a bit. 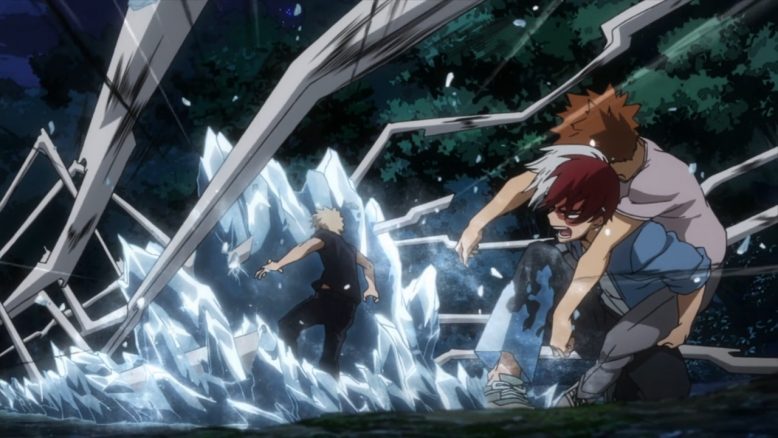 This wasn’t as “wow!” as the previous episode. But it was pretty fun and allowed a variety of characters to step up. We got some cool action scenes, but also good character moments. I like how Aizawa can’t openly praise Deku for breaking the rules so he encourages Kota to put heart into his thanks later. Just little moments like that is what makes this show work so well. Should be interesting to see how Todoroki/Bakugo handle their threats. For whatever reason the League of Villains is targeting ‘Kacchan’ and luckily Class A knows what that means.