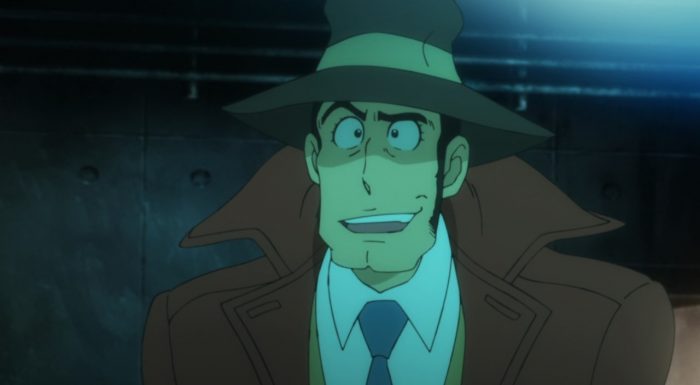 Jeez Lupin III Part 5, you had me worried there for a second. Five episodes in, our first arc now concluded, I think its safe to say that this 5th canonical series for Lupin III is going to be something truly special. 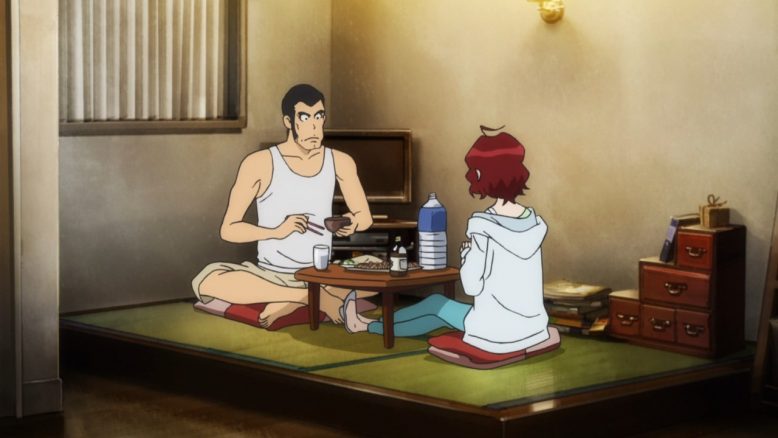 Often times, the danger, with arc ending episodes like this one, is the almost inevitable backpedaling that seems to occur. Writers working with an established franchise can dare to mess with the classic formula for a time, but its rare to see any of those changes actually stick. And that really was my greatest fear going into this episode. Sure Lupin himself was going to return and close things off, but just how much of the story was actually going to revert back. There’s a lot to build on here, a lot of ideas that the show has carefully laid out quite well, over the past month.

Cleverly, Lupin III Part 5 and those behind it, were acutely aware of what the audiences was expecting from this episode. They knew that people like myself, people who had been enjoying these new wrinkles to the formula, were expecting to see it all get retaconned pretty darn fast. So, with those expectation already set, this fifth episode of Lupin III Part 5 plays much like how you’d imagine it to, at least as its starts out. 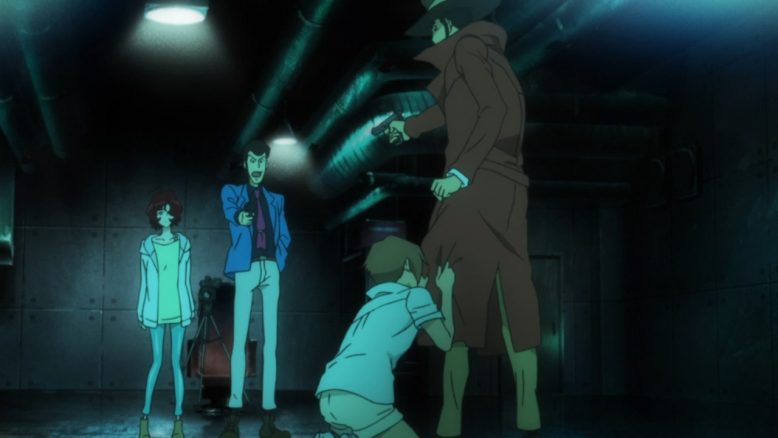 I’m sure everyone and their dog expected Lupin III to have faked his death, I mean, even Zenigata was more or less in the know, this time around. The question, then, was how the show planned to keep things interesting despite the predictable outcome. Indeed, up till the point where Ami basically confronts the Marco polo dudes and lures one of them to Lupin himself, I was pretty much seeing what I expected to see. The tried and true Lupin switcheroo came, coupled with some nice and clever ideas regarding AR technology to facilitate the big reveal.

Speaking of which, I think its worth commending the show for its attention to detail here. Sure, everyone expected Lupin to survive, and the show itself had telegraphed it quite prominently, but the added detail of using AR tech, plus Lupin himself needing to get into the exact position to make it convincing… Well… That was the little nugget that made it all work. Sure, the show could’ve pulled any sort of stupid reason out of thin air, but the writers actually took the time to really make sure that even this minor detail made sense.

Minor, of course, is the apt word here, because this moment was not the highlight of the episode. No, it was as the show neatly wrapped up its first arc, that some excellent little twists and turns came into play, ones that I didn’t see coming. I’ll confess, I totally lost faith in the show as we saw Lupin make his return in front of the Marco Polo “Saw” movie enthusiast kid. “Here we go! Another moment where Lupin III just settles into the tried and true”.

Sure, the tried and true definitely has a place. I mean, Lupin making that statement about being a thief, about the resolve needed, Ami talking about the real world and all the excitement in it? That’s solid stuff. Its stuff that builds upon what we’ve seen until now, and its stuff that you’d expect Lupin to definitely say. Even Zenigata coming in and basically nabbing the ring leader for Marco Polo, was a nice touch and one that was designed to get him back to his old position. 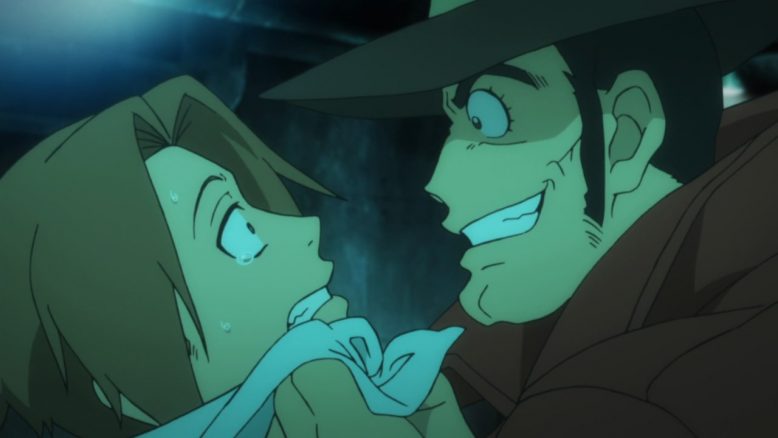 You expect that right? Zenigata is always going to be after Lupin, so the fact that the show quickly retaconned his demotion was a sign, at least to me, that we were heading in a particularly unsavory direction. Then! We had the moment where Lupin, Goemon and Jigen are back at their hideout, enjoying a nice meal.

That’s where the show really just blew me away. First, there was Ami, who it seems actually won’t be a series regular this time around. No, Ami’s story actually wraps up in quite a beautiful way this very week. She finally transitions out of her shut-in life style, and decides to explore the world itself. Going to boarding school? That’s the first step, and its actually quite refreshing to see the show just end the whole Ami arc right here. 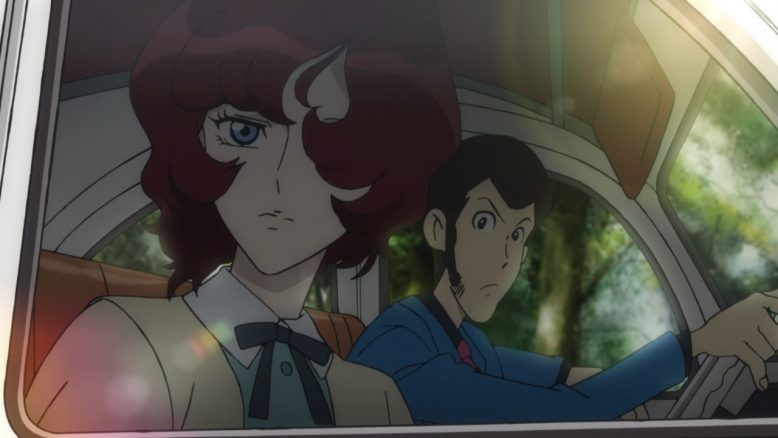 Ami’s a solid character, and she’s an excellent foil for Lupin himself. Just their conversation as she leaves for boarding school, is the stuff of gold. Ami finally realizing and putting it all into words was a beautiful moment. Yes, Lupin does what he does, lives his rather destructive life style, because at the end of the day, its what makes him feel alive. I know I pretty much spoke about that ad nauseum two weeks ago, but it was just nice to see the show kind of spell it out, without going too over the top.

More importantly, I respect the show for giving up Ami so quickly. A lesser show would’ve kept her around, perhaps made her part of the gang, and would’ve continued to mine her until she went dry. Here’s the thing though, Ami’s character arc is done, and she’s gotten what SHE needed from Lupin. Her being part of the gang actually doesn’t sound too logical. The show’s idea, of having her actually live her life, with the potential to return for a larger story down the line, is definitely the smarter way to go. 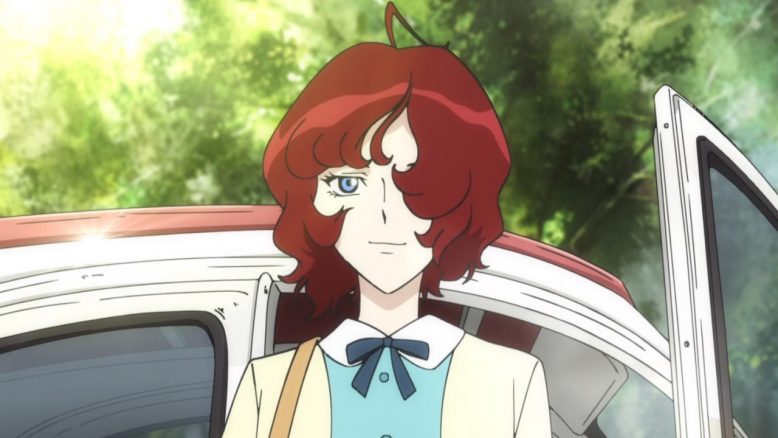 Its a sign of both respect and love for the character. Ami is another solid addition to the larger cast of Lupin III, claiming a spot beside Rebecca from the 2015 series, as a personal favorite of mine. All in all, I’d say the exit for Ami, combined with the larger wrap up at the end of the episode, made these 5 episodes feel more like an extended movie, rather than a series of episodes for a tv series. Which, honestly, is a really smart approach. Lupin III as a franchise has shown that its really good at telling more self contained stories. So why not just have the latest series be a collection of movie parts that just work in a televised format, with smaller filler episodes inbetween.

Now… Ami closing out her stay, while unexpected, is still par for the course in terms of this franchise. I mean, Rebecca didn’t make a return this season (yet), so if anything, you could read this as the show doing something that the franchise is known for. Of course, that’s where the issue of Fujiko comes in. 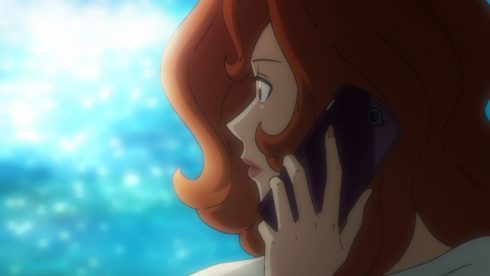 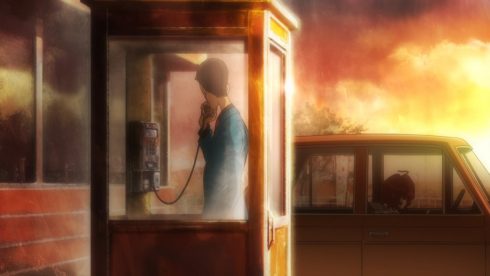 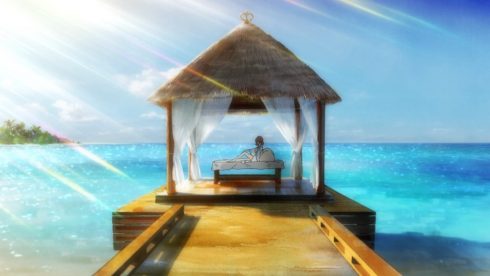 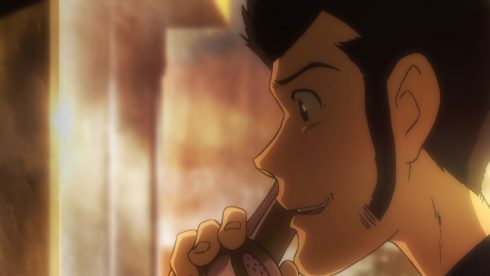 Mine Fujiko, is the character and the relationship that just catapulted this conclusive episode to new heights for me. See,  Lupin when he reveals his whole AR stunt, also mentions that Fujiko was originally supposed to be the one to kill him. Which of course, makes sense because Lupin would never have factored Zenigata into his plans. But while that does make for a clever move, it also points to the fact that the whole Lupin/Fujiko rift was actually a big facade.

Well, color me surprised when we see Lupin and Fujiko on the phone, talking very solemnly to each other, the rift still very much there. Sure Fujiko would never kill Lupin, and is perhaps even open to work with him on a professional level, but things are certainly not the same between them. This whole idea of Lupin and Fujiko as a potential pair being done, of Lupin moving on, of some kind of event happening that drove them truly apart? Its still there. 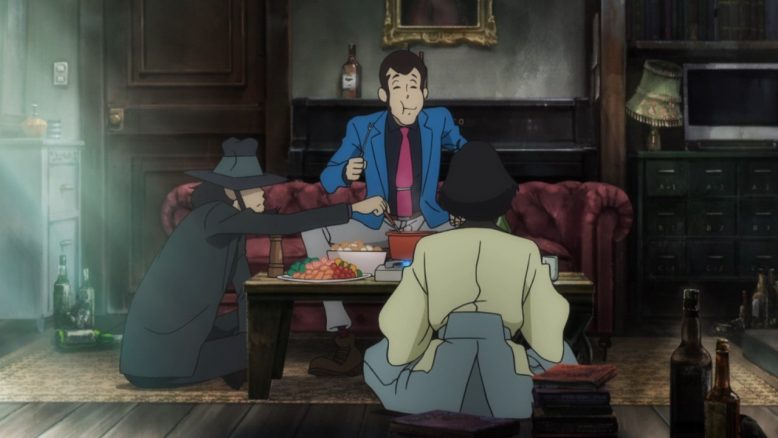 MAN, am I glad the show didn’t backpedal on this particular idea. With everything else more or less squared away this week, its nice to see that this season of Lupin III is going to stick to its guns a bit and at least explore one idea that it presented so tantalizingly in its first arc. The rift, beyond just being refreshingly different, is also something that creates a true aura of mystery. There’s something else to look forward to now, and a larger story that we can expect to see play out whenever this season decides to get to it.

That makes both this episode and this series a clear winner in my book. Sure, next week seems like more of a one off episode, but I’m glad that the show has bigger ambitions and things planned for the future. The possibilities are definitely numerous, and my curiosity pretty peaked. 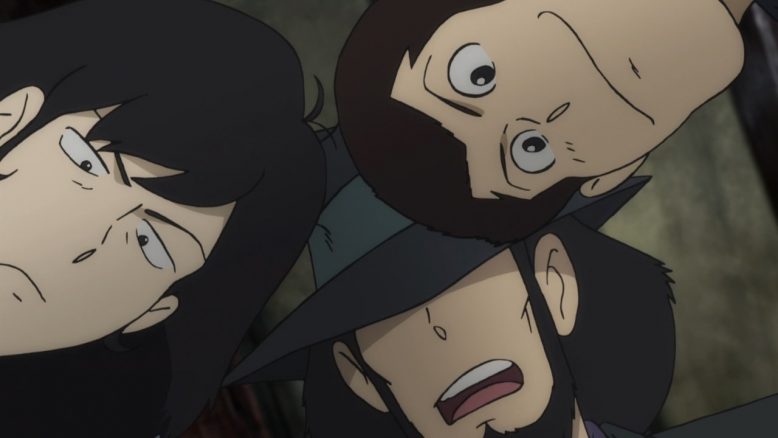 The fact that I feel both satisfied by the rather conclusive first arc’s ending, and excited for the future is the reason why I think this particular incarnation of the Lupin III franchise is so great. The show came right out of the gate swinging, with its best content. It also has sown the seeds for some really interesting plot threads and ideas that we haven’t seen before. With the writing, the production values, the animation, the voice acting, everything just going so well, I can’t wait to see what this show offers up next. What a solid start to Part 5.