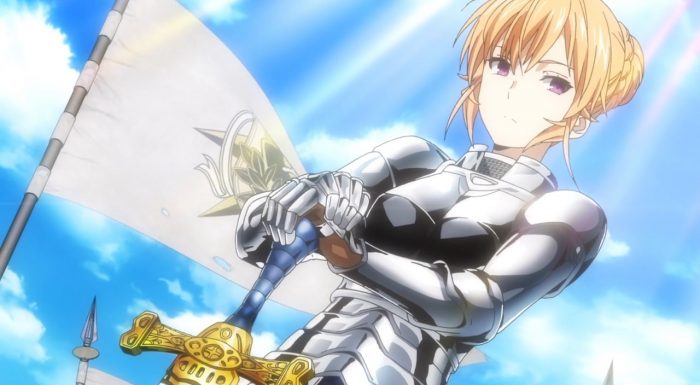 These days there are but a handful of series that I can count on to be consistently good, week by week, episode by episode. Thankfully, Shokugeki no Soma, is at that place again where I can count it among those rare breed of series that just deliver beautifully each week. This week’s episode was once again, pretty good. And… If nothing else, it reinforced all the ideas that made last week’s episode so darn great. 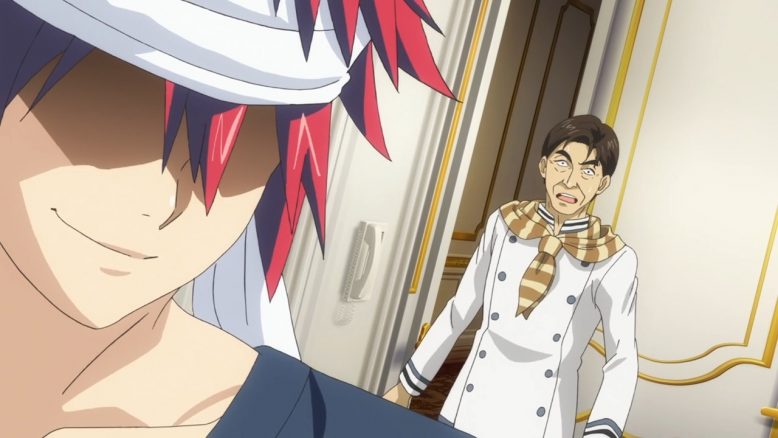 I say that, but I wouldn’t call this episode a re-tread of last week exactly. To me, it felt more like a brief calm before the real storm that’s sure to come. On that point, its worth noting that despite the cheap tactics and trickery employed by the examiners thus far, Soma and his friends have more or less breezed through the trials that have been thrown at them. A lot of that, has to do with Erina of course, who has not only undergone a transformation herself but has emerged as kind of the second protagonist for the show.

Now, that isn’t too surprising, because Shokugeki no Soma has been foreshadowing and building up to Erina’s role since the show’s inception. It certainly didn’t do the story or Erina any favors in the past, but now I think the show is really nailing this whole “redemption” arc for her. Having her be the instructor and instrument of the rebels’ success, is definitely a nice start, and one that we’ve seen both this week and the last. 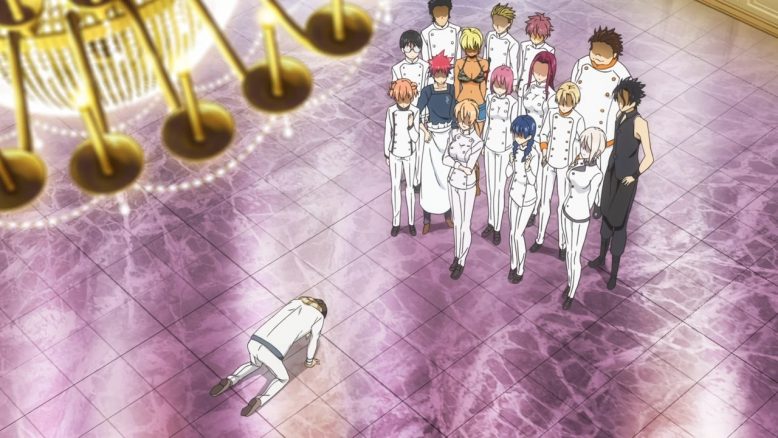 Of course, one thing that can easily happen when characters undergo these “redemption” moments is that a lot of their previous actions get swept under the rug. Shokugeki no Soma, widely side steps that very issue this week, by having Erina not only let Hisako go and hang out with some other people, but also by having her interact again with Mito/Nikumi.

I will say, that out of all the transformations, its Nikumi’s that I’ve always been a hundred percent behind. Her loss to Soma was just the right kind of shock to the system, that I think can lead a person to change. That, and obviously being interested in a person can certainly expand one’s horizons. The whole “love can bring about new things” idea, is something that we’ve seen this franchise argue since the very first episode, so its not so strange to see Nikumi be a good example of that. We also know that Erina herself is perhaps also developing feelings for Soma. 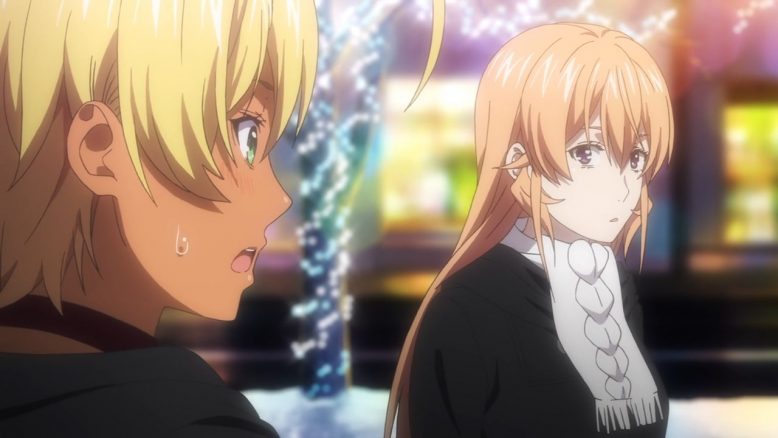 So its quite ingenious, in my opinion, to have Erina and Nikumi exchange words at this juncture. Sure the whole Nikumi empathizing with Erina thing is awesome, as is her confession of admiration, but what makes this so endearing is how much it puts things into perspective for Erina.

Erina realizes, and admits quite openly, that it wasn’t Mito or Nikumi that had caused the rift between them. Erina had simply been a jerk to her following her Shokugeki loss, and so its nice to see Erina both feel bad about it, but also realize that what she’s been doing up till this point, has been pretty darn sad and terrible. That, followed up by the rather welcoming nature in which Soma and the rest invite her to join in the group fun, is a nice little capstone to the whole idea of Erina finally understanding the value of friends and being with people. 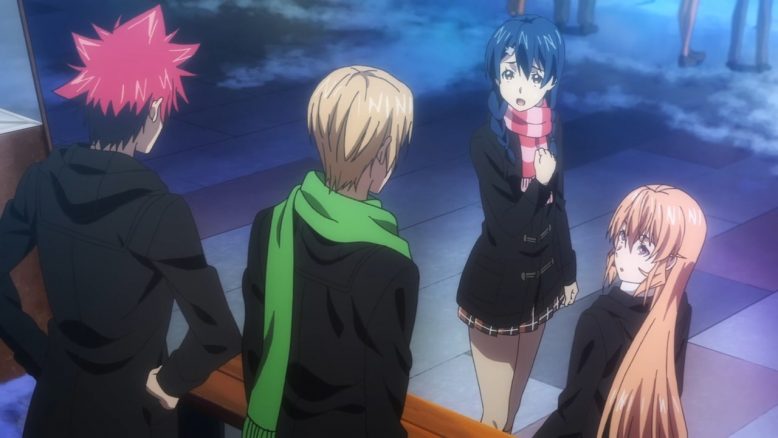 I won’t go into too many of the specifics here, but I will say that I thoroughly enjoy every time the show pairs odd characters together. And quite honestly, I’m seeing some alternate pairings here, in the event that the show does go the Soma x Erina route. I mean, Nikumi x Isami isn’t terrible, nor is perhaps a Megumi x Takumi pairing. They’re not ideal of course, but I think the cast has been developed to a point where any of these people being together feels okay, if not downright pleasing.

So yes… The focus of this week’s episode was to hammer home Erina’s new status quo. Whether it was the whole “Jeanne D’Arc” moniker, or whether it was the fun time she had with Soma and the rest of her new friends, it all was in service to the idea that Erina’s now squarely on the good guys team. 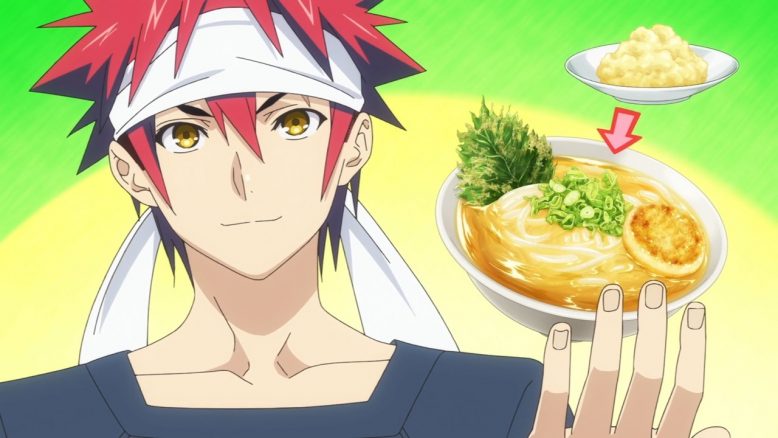 The cooking once again took a bit of a back seat this time around, and the focus was more on the ingredients again. The versatility of the potato was certainly an interesting idea, but I can see why the story more or less used this for the second stage. Its something that can be used as a tool quick, but there’s really not a lot to dig in here that last week’s episode didn’t do.

The final thing then, that’s worth talking about, is actually found in the last few minutes of the episode. As has becoming increasingly common now, the post credits scenes in this third season are vitally important. Case in point, not only do Erina, Soma, Megumi and Takumi end up separated from everyone else, but they also run into not one but two of the Elite Ten. 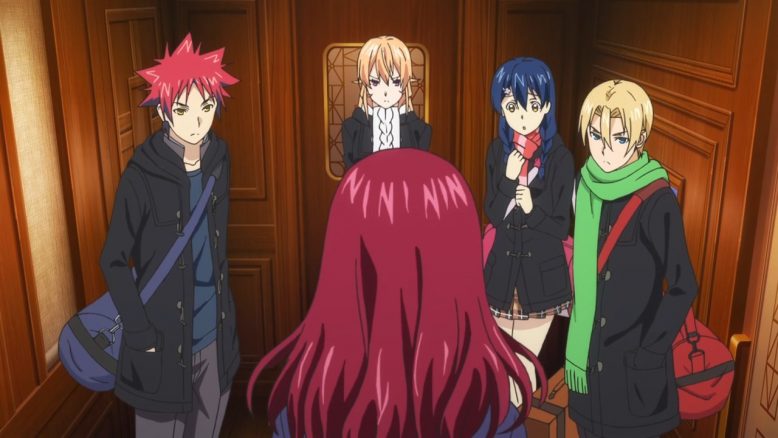 Rindo is definitely a familiar sight at this point, but the one she reveals is the real surprise here. Soma’s mentioned him off handedly before, but the cat is really let out of the bag here; Hayama is now the latest member of the Elite Ten. Given the fact that Soma and the rest of the rebels are now going to face off against the Elite Ten in order to pass their exam, well, that puts Hayama square in antagonist territory. Which, you know… I’m sure some people saw coming.

When I read the manga, originally, this completely took me by surprise, and it was a good, exciting kind of development. Of course, whether you picked up on Hayama’s absence or just saw the Opening Credits, this may have not come as too much of a surprise. But, I will say that this upcoming conflict between Hayama and one of the members of Soma’s group, well, its a darn good time. Not only that, its actually the part of the story where I finished reading the manga. 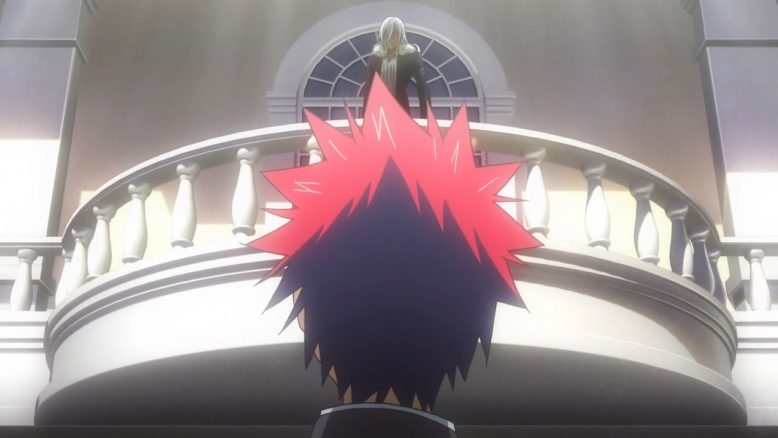 I’m honestly kind of surprised and a bit relieved that we’re already here, three episodes into the second cour. I’m assuming this Hayama conflict is going to take at least a couple of episodes,  as I’m pretty sure that this bout was one of the things that this third season was in such a rush to get to. I can’t wait to see this part of the story animated, and I certainly can’t wait to see what’s beyond it either. All in all, I think moving forward Shokugeki no Soma is going to be just as good if not better than what we’ve seen from it before.