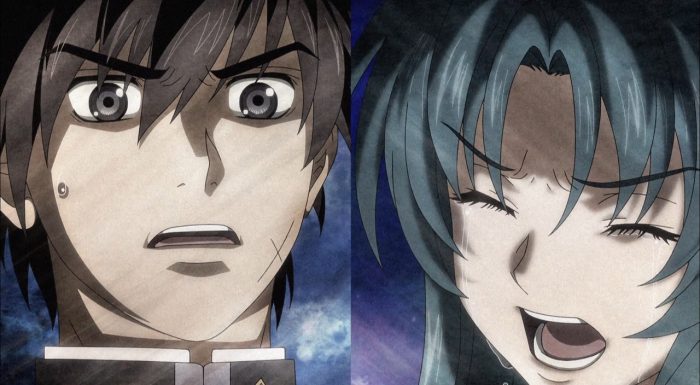 Well things are looking pretty bad for the main cast at the moment. If the first episode was the tip of the iceberg I think we’re seeing a lot more of it in this episode. Everything is coming down upon Sousuke, Chidori and Mithril in general. None of them are having a good time here. Tessa’s group are effectively in a brutal situation where survival seems all but impossible. Sousuke and Chidori are at serious risk while also taking mental and emotional damage. Can’t say I’d like to be in the shoes of anyone in this situation. It is clear that Amalgam is completely on their game and know exactly what they are doing. To say they aren’t fooling around anymore is an understatement. It’s so bad that I wouldn’t even be surprised to see Chidori regretting not taking that offer last episode. 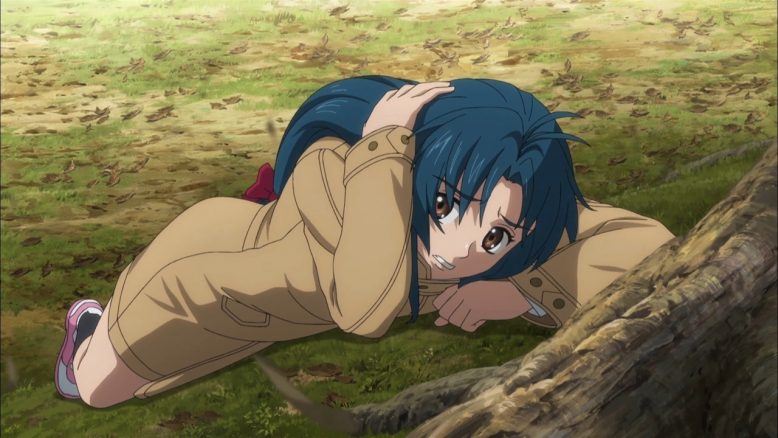 Chidori is pretty accurately portraying someone who is in the midst of a living nightmare. This isn’t the first dangerous situation we’ve even seen her be part of. But this is pretty horrific. It is one thing when it is just her life on the line or if she’s in another part of the world in a life or death situation. But this is her home and it isn’t just her life at risk. Innocent people are in the midst of gun fights and being caught in the crossfire. There isn’t even any time to be considerate of those who are getting hurt. They have to run off and leave someone hurt by the explosions alone because there just isn’t time to help him out. Staying around will just bring more danger to whoever is near them.

Sadly things are only getting worse for her now. Her friends are now in the line of fire. Amalgam is taking every obvious route you could have foreseen unfolding with the setting this show has going for it. Chidori and Sousuke have obvious and clear weaknesses. They have a place and people they care about. Amalgam is a mysterious entity that doesn’t have a clear weak spot. You can’t threaten these guys in the same way. And yeah we’re set nicely for the former school president’s words to ring true. Even if they go to save their friends, they are probably going to be rejected, feared, and hated for being a reason they were in danger in the first place. 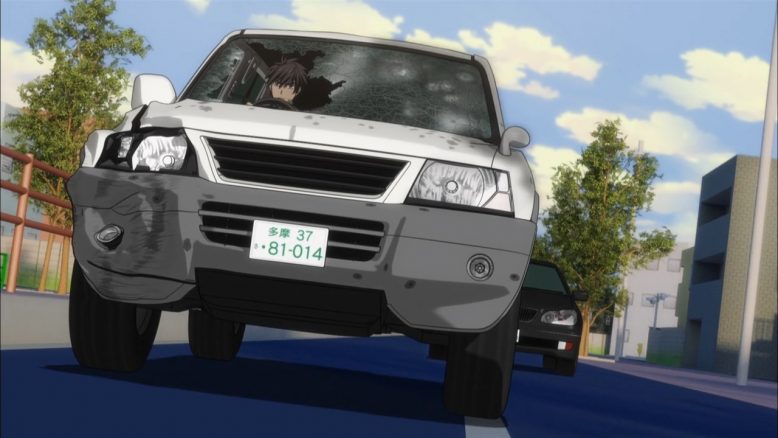 And let’s just cover the obvious. I hated that CG car chase. Honestly I mostly hate CG in anime in the first place. I think live action movies can manage CG pretty effectively if the effort is there. You can sometimes really get CG characters and real people in the same space and not have it feel wrong. But with anime I just rarely see it work that well. This car chase was just ugly and distracting the whole time. I just wanted it to end. The CG for the mechs is still what it is, but I can live with it. IT isn’t making me go “oh god make it stop” like that car chase did. Maybe it’s because mechs are so unnatural in first place so it doesn’t seem as weird. 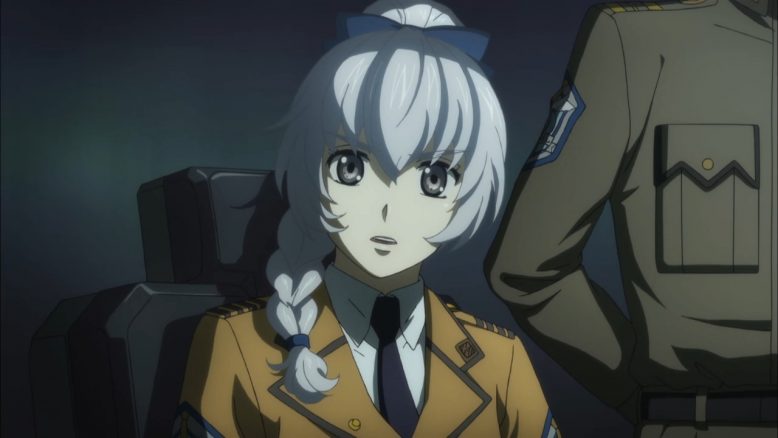 Back to the content itself and we’ve got another near mutiny attempt. I can’t really be too hard on the one guy since frankly the situation is hopeless. It took Sousuke in the Arbalast along with some whispered insights to stop that monstrosity. And they are seriously lacking one of those elements. And if there are any insights that Tessa could bring, she hasn’t verbalized them yet. So these people are being told to go and stop monsters without much hope of success. Oh sure they aren’t being ordered to die and to survive…but exactly how they should go and do that isn’t very clear. Weber did some harm to that one Behemoth sure, but…there are three of those things. He’s not a miracle worker.

Still it was good to see Tessa step up and take control of things. She isn’t just a pushover and has grown through the show. This isn’t the first seemingly hopeless situation she’s had to manage. They definitely won’t survive if they have to manage a mutiny beforehand. So the only thing to do is go out there, fight, and try to survive this mess. 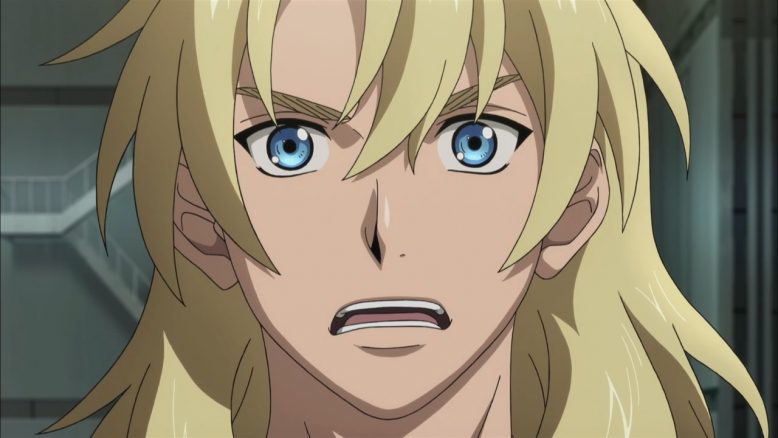 Things are looking pretty brutal on all fronts. On the emotional side things are getting tense as it stands. Chidori is getting understandably worn down. While Sousuke’s military focus and mentality is appropriate for the fights…it doesn’t mean they are working well as a pair. Things are already really bad and they could get much worse. At least no one is acting in a way that doesn’t make sense. Sousuke has lived through horrific situations so he can more or less handle this. Although the school and the people there being threatened may even throw him off. And even if Chidori is stressing out and getting unstable it’s believable. People are dying ‘because of her’ and that kind of thinking can be painful to handle.