Nanatsu no Taizai: Revival of the Commandments – 13 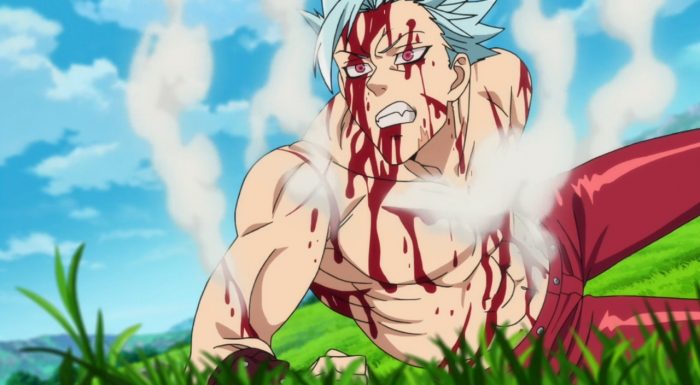 This episode was all about Ban and his confrontation with the Commandments. Ban and Jericho have basically been cut off from this whole conflict, but they sure got dropped into it in a hurry. The resurrection of Elaine was the tip of the iceberg. The appearance of Melascula and Galand has made things rather dangerous in a hurry. Meliodas’ plan may have caused the various Commandments to disperse, but that also creates the chance for more people to run into a situation they can’t possibly handle. At least we get some kind of idea what Melascula was up to with the whole reviving the dead business. Presumably she finds the souls of the faithful particularly delicious. Creating all this chaos helps narrow down those that would be more ‘tasty’. 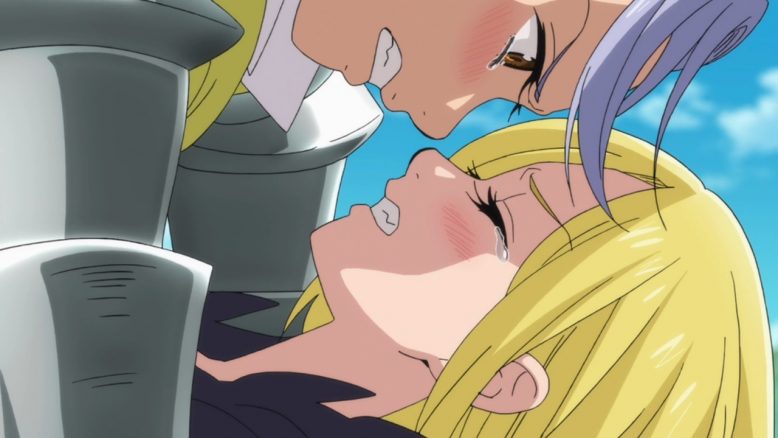 The best parts though were probably in the first half with Ban, Elaine, and Jericho working things out. Of course Ban is mostly pretty chill about Elaine going a bit evil. The happiness of her being alive is a rather key factor. Even if she’s ripping into him with magic it isn’t as if she can permanently harm him. So long as her rage was focused in his direction he wasn’t all that worried. When it came to attacking Jericho things got a bit more complicated. It is true that he won’t ever see her as a love interest, but he does see her as the rare human that he does like having around. Made for a difficult situation as Ban had to try and keep Elaine from killing Jericho, but not being too extreme in doing so. 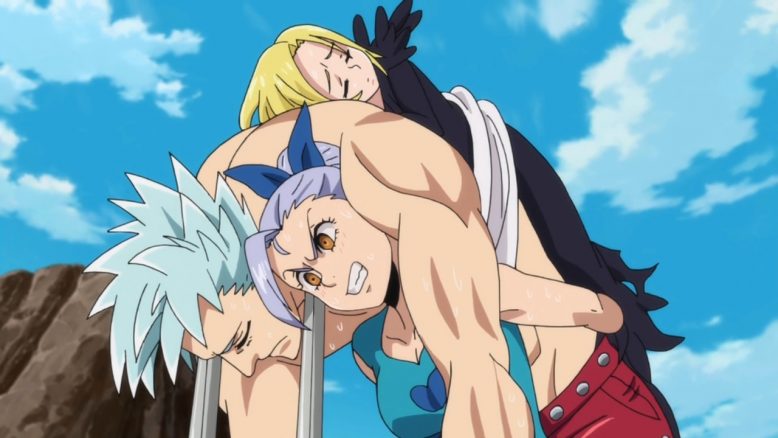 In a lot of ways this is the episode that really made me like Jericho’s character. She’s had some highs and lows as a character since they introduced her. But in the end she’s come through as a person who understands herself and will take difficult paths. Even though it hurts like heck, she does understand where Ban’s focus is. And I like that it was her approach that pulled Elaine back from the magic controlling her. Ban couldn’t get through to Elaine through just kindness, but it wasn’t necessarily violence that they required. Jericho attacked on an emotional level. She put her feelings out there and forced Elaine to tackle her own. Elaine is the one Ban loves, but she had to fight against the magic inflaming her negative feelings. And it was kind of amusing how Jericho took some petty shots at their different physical traits. 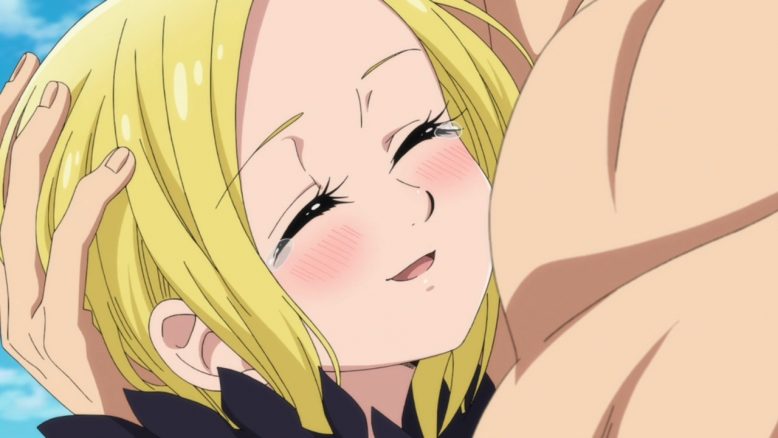 It was nice to see Elaine pull herself back and get under control again. Jericho did her part and Ban was able to then step in and help Elaine. And honestly this might have been for the best for Elaine’s character too. She isn’t perfect. It’s completely believable that she would get jealous seeing Ban wandering around with another woman. She desperately wanted to travel with Ban and was killed before that wish could be granted. And if nothing else this episode showed how Ban and Elaine function. They are both always willing to sacrifice for each other. I can share Jericho’s “oh my god” kind of moment when they were trying to sacrifice themselves so Jericho could drag the other to safety. 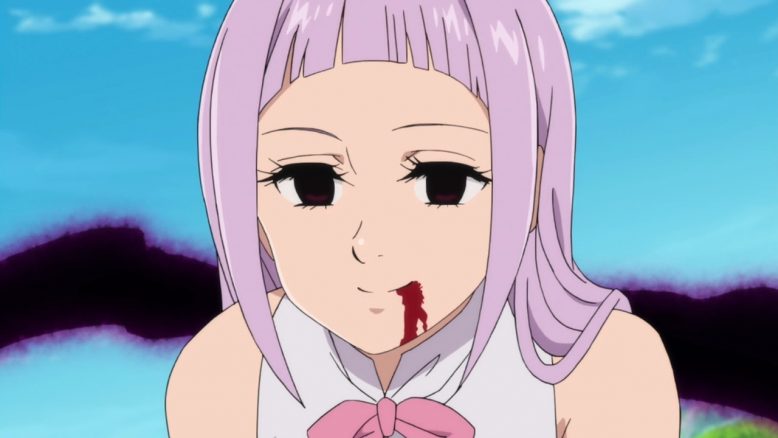 This was a good chance to see how Ban could fare against the Commandments. He actually did pretty well all things considered. We’ve seen the Sins get stomped pretty consistently so far. But this was one time when the Sins did get a few good shots in. We saw back in the first season that Ban can get pretty powerful and steal strength. But we also saw during that season that he has a limit. His body can only contain so much power and in this case he couldn’t quite steal enough. Going to his max he was able to overpower Galand, but he couldn’t kill him or Melascula. In fact things got rather dangerous as a weak point for Ban was revealed. Sure he can take a beating and keep going, but if they eat his soul that’s the end of it. 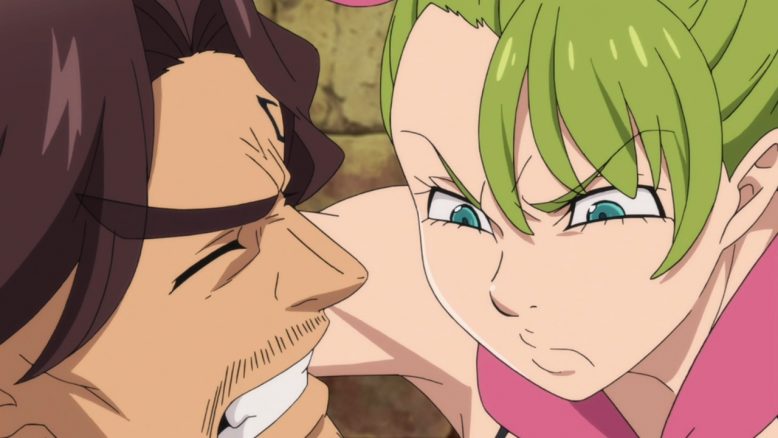 Not much to say about Fraudrin vs the Holy Knights he was up against. It was a good point to make that certain magical abilities can be effective if used properly. And it was pretty hilarious watching Dreyfus/Fraudrin throwing out random proclamations of love. Of course there is another Commandment lurking in the background so things probably won’t go smoothly for the holy knights. But hey it was kind of nice to see them get the advantage over a Commandment even for a moment. 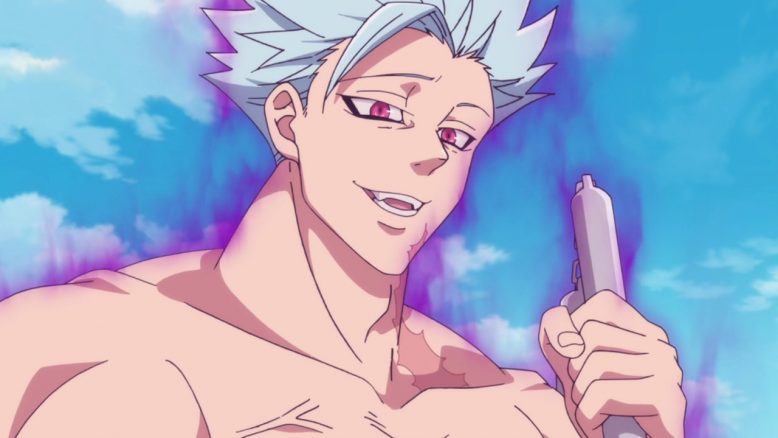 As a whole this was a strong episode. Ban is one of my favorite characters so focusing on him for most of the episode was a big win. And I do like Ban and Elaine as a pair. They are both very dedicated to each other and it made for some interesting moments in the episode. Ban really is special. Not many people could just take hits from a revived loved one and roll with them. Sure he’s immortal, but even if he wasn’t I couldn’t see him losing his faith in Elaine.