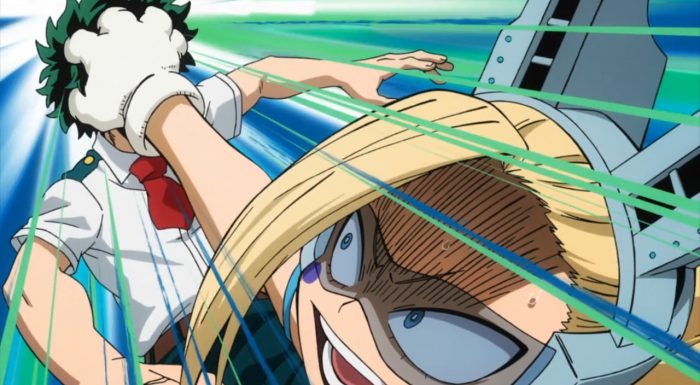 And with that this season of Boku no Hero really gets started. Right out of the gate we’re getting to see what the main cast will be doing in the short term and the larger threat hanging overhead. The training camp is underway and it is clear that there is a lot of work for the cast to do. Honestly the best bit might have been the end where they defied expectations in having Bakugo’s throw remaining about the same as the first season. These characters have been through a lot and certain individuals have grown in obvious ways (such as Deku). But as a whole their growth is mental and in terms of stamina. The first year to this point hasn’t been about powering up their quirks. They’ve learned how to deal with certain situations using what they have, but that’s about it. 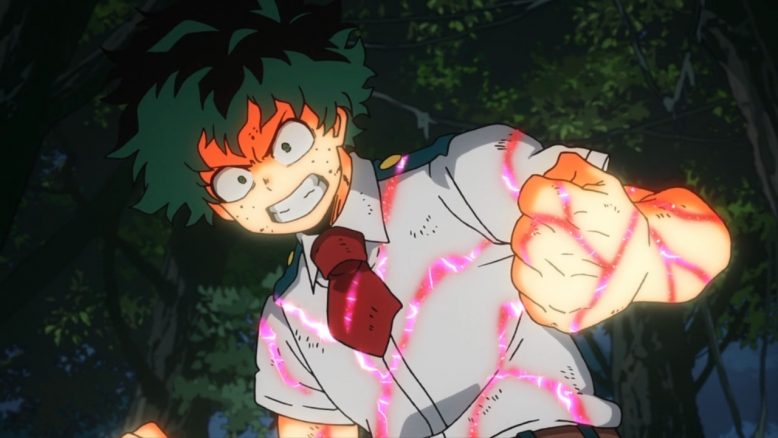 The work to get stronger starts here. No doubt they were put through a rough trip to get to the camp site, but in the end that is what they signed up for here. They will be pushed pretty hard throughout this whole thing. If nothing else though it was fun to see Class A in action again. They made pretty quick work out of each of the ‘dirt’ monsters they were up against. Sure it took them a while to get to the camp site, but they did a nice job with what was supposed to be a challenging situation. And in the bigger picture this is for the best. They need to be pushed because the villain attacks are clearly going to escalate. It’s a scary situation for UA in general. They have to seriously ramp up the speed that they are preparing these kids to engage villains. 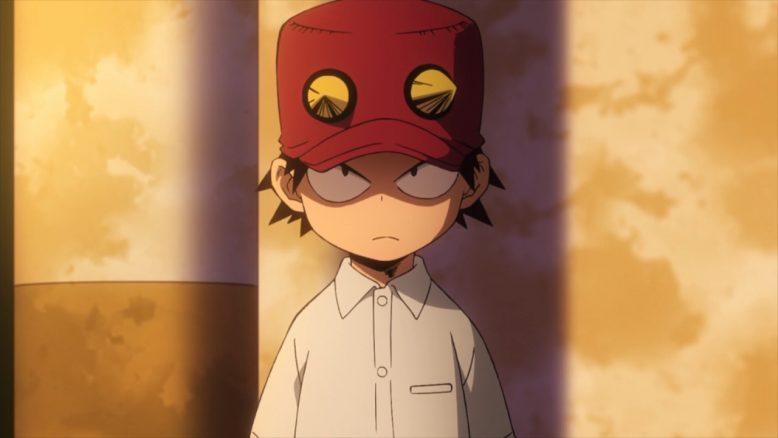 Kota is what he is. The kid is thoroughly unlikable. But he’s at least the kind of character that has some basis for it. And unlike say Tomura he’s just a bit of a jerk rather than immediately going down the path to villainy. There’s room for that kid to mature. At least they gave him some excuse. The kid lost his parents and can’t agree with the idea that their deaths were a noble sacrifice. It’s easy to go down the route of “oh they chose strangers over their own child.” No doubt living with hero relatives away from a normal living environment hasn’t quite helped his issues either.

The obvious thing here is that Deku will be key to changing his tune about heroes. And in a sense this might be a good lesson for Deku. He’s the type that has been pretty willing to sacrifice his own body and safety to chase his ideal of heroism. This kid should be a reminder of what he’s been potentially putting his mother through via self-destructive fighting styles. In the end it is good for Deku to be challenged and to rise to meet them. Just being surrounded by those that love and respect heroes won’t leave him prepared to deal with people like Kota who dislike them. Good on Deku for being the type of person who will save someone who treats him badly because that is the right thing to do. 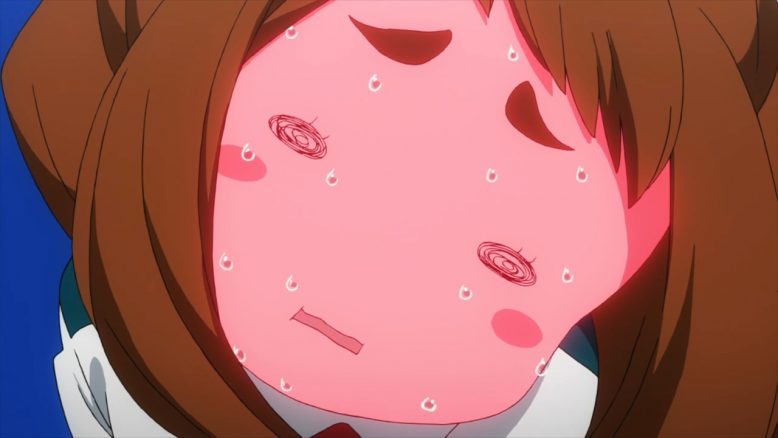 There was some light-hearted moments to this episode. We got a quick reminder early on with Deku and Ochaco of the awkwardness building there. For better or worse Ochaco is increasingly aware of her own romantic interest in Deku. That leads to some over the top reactions on her part. Deku on his side is pretty awkward around girls in general, but I like to think that Ochaco herself is a special existence for him. While I expect things to get serious going forward, a few scenes between them here and there would be nice.

In terms of the bathing scene…yeah I don’t know what to say about Mineta anymore. He just is what he is and sadly requires a serious amount of supervision. My condolences to Aizawa and the other pro heroes at this training camp for what they have to put up with. 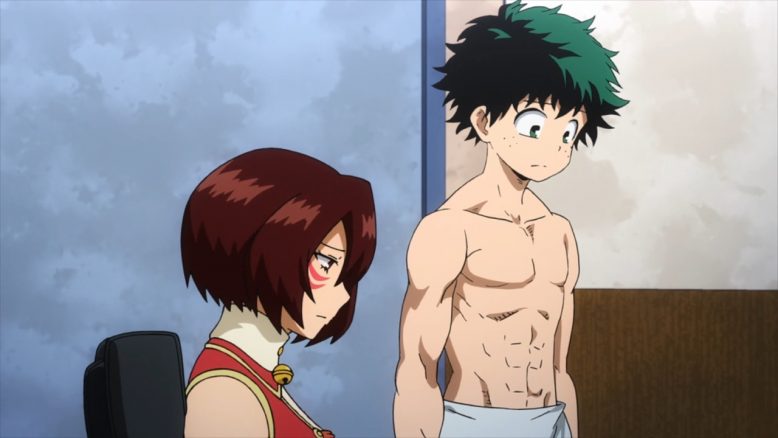 We seem pretty set up for things to continue escalating. The main cast can start a bit of training…and the villains seem to be on the move. Hopefully they have All Might on speed dial. It’s still uncertain what some of these villains can do, but unfortunately I can see the main cast finding out. This was obviously more entertaining than the recap episode (which was still ok). And hey no one can say this show isn’t fair in terms of fanservice. I give credit to the show for not making it too weird to have Deku listening to background information in a towel XD.