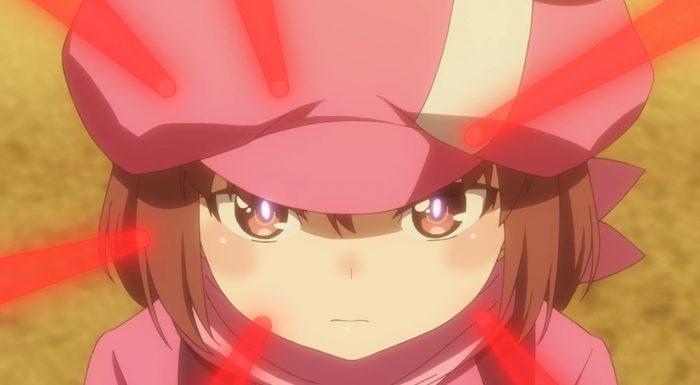 This is honestly the exact kind of start I hoped to see from Gun Gale Online. This SAO spinoff did a nice job quickly establishing itself and throwing us into an engaging first episode. I honestly didn’t realize the episode was about to end when it started to wrap up. This episode did a nice job introducing us to GGO and our main character. It was a tightly focused episode that didn’t try to do too much and instead just kept the focus on the Squad Jam tournament. Not a bad way at all to get people into this new series. Honestly the episode felt pretty fresh without any direct references to Kirito or the other SAO characters. They pretty quickly referenced what happened with Sword Art Online and how GGO came to be, but didn’t waste too much time on background. 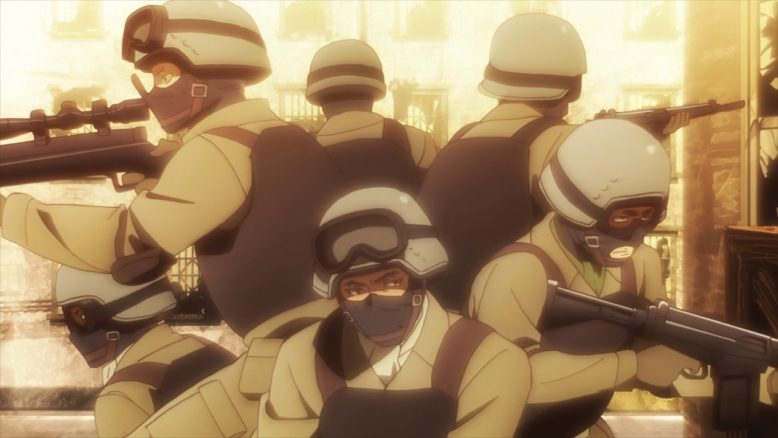 At this point I do like Llenn as the main the character along with what we could gleam about her teammate M. It’s odd to say, but I like how they have both strengths and weaknesses. They aren’t overpowered and able to just stomp everyone in their path. One of the things I liked the most was how they had to avoid conflict for most of the episode. The teams that were overly aggressive were the ones that were quickly defeated. By sitting tight and staying calm Llenn and M managed to keep themselves alive. I’m not sure how that battle ended for them, but they presumably did pretty well for themselves. Llenn at times rattled, but she also stepped up and got one of the coolest action sequences in the first episode. There’s a balance in letting the main character be cool, but make clear that she isn’t unstoppable.

Even the big win for Llenn in this episode was one that required some help. If the pros wanted to win or get some payback, then she could have been sniped by the pair hanging back. They did have a shot at her. But for them this was something they were doing for training or testing themselves in real conditions so taking that shot was pointless. Trying to shoot down someone with superhuman speed was unnecessary. They lost a good chunk of their team and that practice was over at that point. Of course you could say that was part of the gamble M was taking. They confronted the pros in that way because he predicted that they wouldn’t take the shot at Llenn after suffering losses and seeing her abilities. Someone using skills/having stats beyond what a human can do wasn’t a target for them. 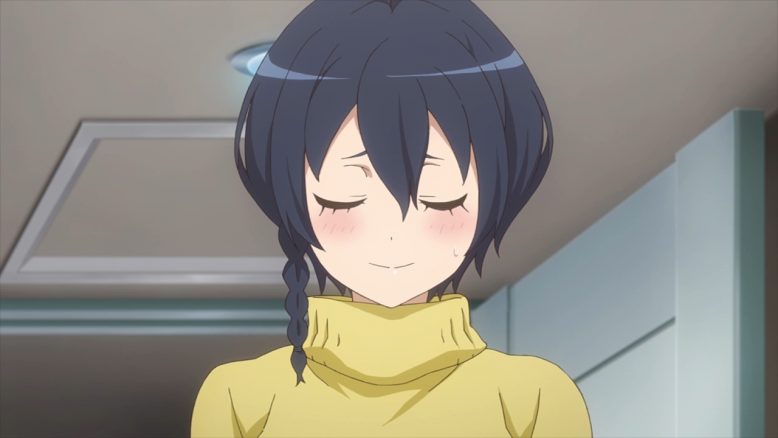 It was a surprise seeing Llenn’s real world appearance. Part of me just instinctively expected her to look about the same as she did within the game. I know people don’t just play characters that look exactly like them. Often with online games people will use various species, body types, and even different genders. So I can get why Karen decided to use an avatar that is so different from how she actually looks. It seems a bit more interesting though when you take into consideration that she looks pretty tall. Now of course tall for a Japanese woman isn’t crazy tall for North America, but no doubt she’s pretty tall compared to her peers there. There is nothing crazy for a tall person to play a shorter character or a shorter person playing a tall character. 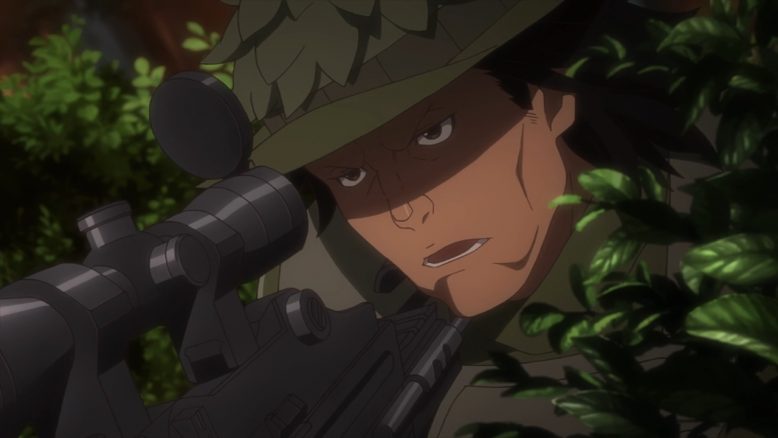 That was a pretty fun first episode. They did a lot of showing rather than telling us in terms of how Gun Gale Online operates. Obviously those that watched the SAO season that partly took place in GGO would know a lot of those things. For first time viewers I think that was a pretty solid introduction. We can see how effectively lasers appear when a person prepares to fire, what the world looks like through the eyes of the characters, the kind of weapons being used, and the scan system that exists in these kinds of matches. I’m sure we’ll get more specific information as the show goes along. Still, they gave us plenty without having to slow the episode down. 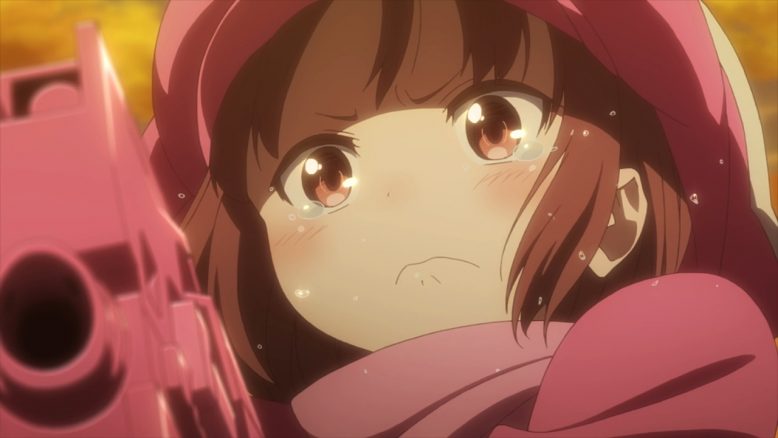 I can appreciate a show that starts things off by just jumping right into it like this. They can take their time a bit more with the second episode after using the first to try and pull people in. I wasn’t sure what to expect from our very ‘pink’ protagonist, but she turned out to be pretty likable. No guarantees I’ll end up picking this show up for the season. But there was enough in this first episode that I did want to stop and talk about it.