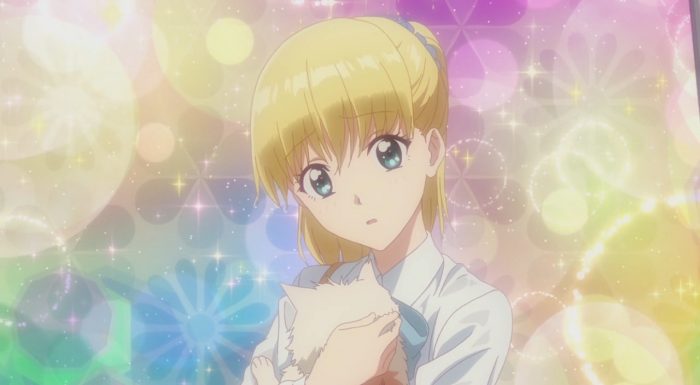 If there is a show that should be light fun this season, I expect this to be it. The first episode anyways gave the impression that this will be a pretty silly love comedy. It was a sillier episode at times than I thought going in. Teresa especially was even sillier than I thought she might be. She definitely is the type of foreigner who has had her understanding of Japan influenced by her entertainment medium of choice. Just that in this case it is a live-action drama instead of say anime. I will say it is nice that she isn’t going to be the type of character with a forced accent or randomly sprinkling English words into her dialogue. While I wonder about learning an entire language purely from a drama, hey I’ve picked up spoken language from watching anime for years so why not? 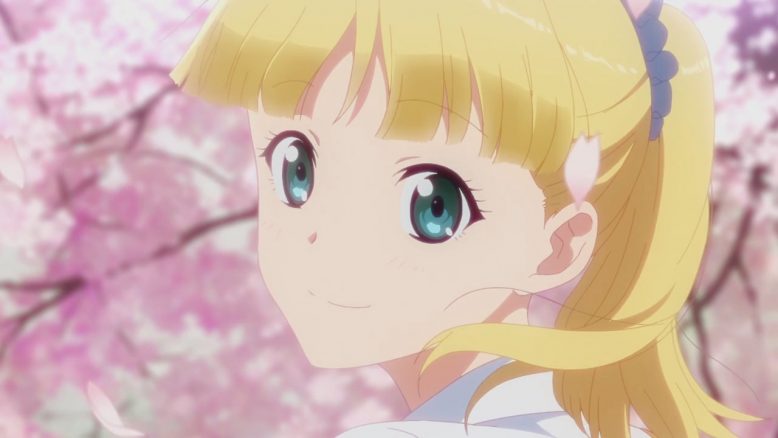 You get a decent feel for the main characters in this episode. Teresa is clearly either royalty or a noble from her home country Larsenburg. It appears we’re dealing with a potential heir to the throne who wants to spread her wings a bit before having to go back home and accept her responsibilities. Her interest in Japan leading to her (along with I presume her bodyguard) to spending time in Japan as a student. And that should go on for just long enough for her to fall in love and create some potential drama there. She kind of fits both into the category of the foreign girl and one who doesn’t have a great grasp of the lives of ‘regular people.’ Or at the very least she has no clue how some technology works (such as what the battery meter on a camera represents). 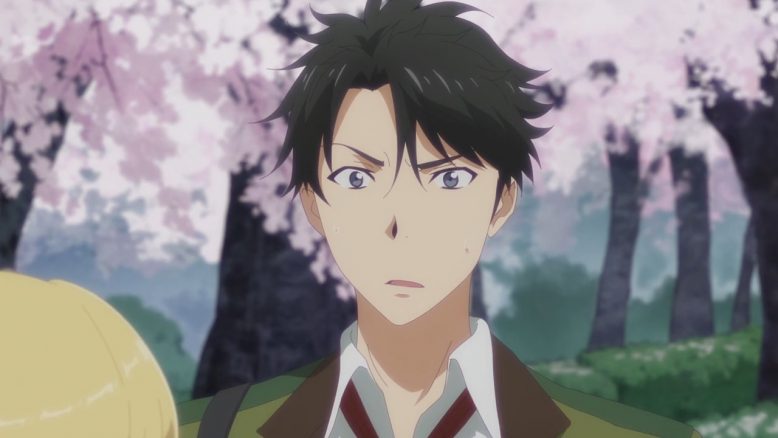 Tada isn’t too interesting at this point, but you get across what kind of guy he is. He’s a decent person who doesn’t necessarily seek out people in need, but won’t turn his back when he comes across them. Often going to be the straight man of comedic situations. Obviously he and his friends are in a photography club. He is also apparently afraid of heights. That is something I can’t blame him for. Kind of a natural fear really considering that falling from certain heights will seriously injure or kill you. I don’t share the worries about airplanes for whatever reason though. He doesn’t seem like a bad guy at his core and helps out at the family café. I wouldn’t say he’s bland, but just waiting to see more to get a better impression of him. 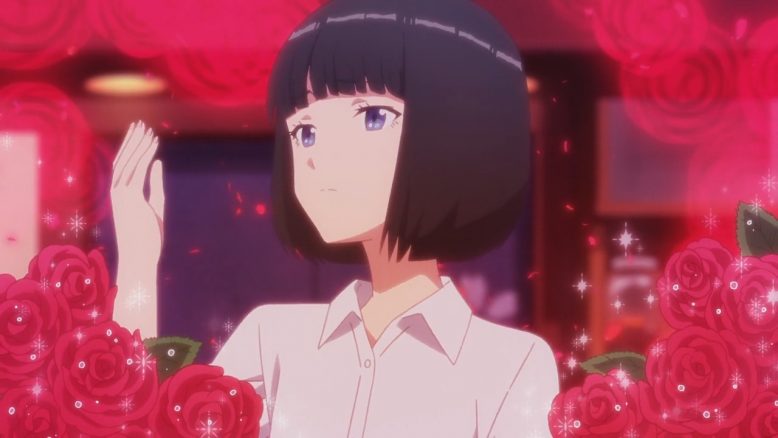 This episode was basically just setting things up with a solid introduction to the main cast. We get a feel for Tada’s sister Yui and his very narcissistic friend Ijuin. If nothing else I expect this guy to be the butt of a great many jokes. I’d expect to see him being knocked around or terrified by the café cat or Alexandra. While I think Ijuin might get rather annoying at times with how over the top he is, the rest of the cast seems solid. The little sister is pretty likable and Alexandra’s protectiveness makes sense. If Teresa is that important than wanting to keep her safe is sensible motivation. I would hope though that she avoids causing any international incidents by beating up anyone who gets near Teresa… 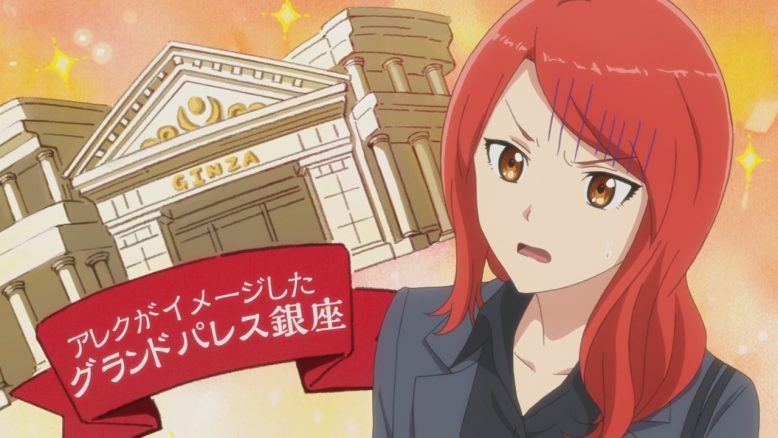 I wouldn’t expect to be blogging this show this season. The first episode was fairly enjoyable though so wanted to get some thoughts down about it. Comedy didn’t consistently for me, but I did enjoy some of the jokes and silly scenes. The main duo is pretty likable as individuals which is kind of a make or break thing for this kind of show for me. So I do expect to keep up with this show in terms of just watching it. I hope they can make something that is fun and has a solid conclusion. Since this is an original series they can make sure to tell a complete story if they take care. At this point I’m curious to see how things slowly develop between Tada/Teresa and when things might get a bit serious. This sort of setup does seem poised for some relationship drama to develop.

in Tada-kun wa Koi wo Shinai