Nanatsu no Taizai: Revival of the Commandments – 09 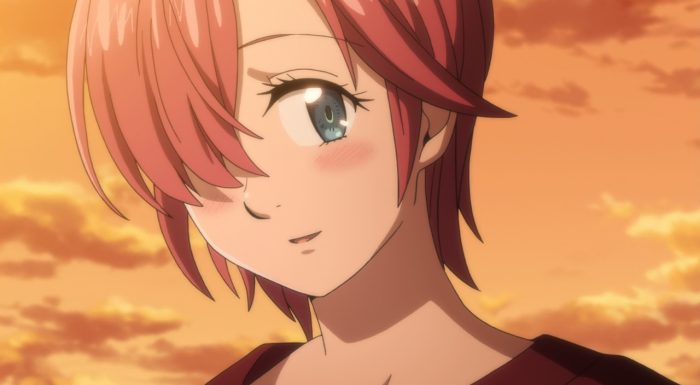 The story keeps progressing with this season with a fair amount of backstory focus this week. It really doesn’t hurt that the focus is on Meliodas and Ban who are two of my favorite characters in the show. We got a pretty good picture of what made Meliodas snap back in Danafor and just what kind of trial there was in store for him. It was a pretty severe hell going back to those days over and over. Just seeing all the various good times he had with Liz, but mixed in with the next soul rending loss of seeing her die. I’m sure those that have lost loved ones reflect back on that moment, but this is straight up living through it repeatedly. A scary thing that the plan was basically to wear down his emotions so he wouldn’t get angry. I don’t love that plan. 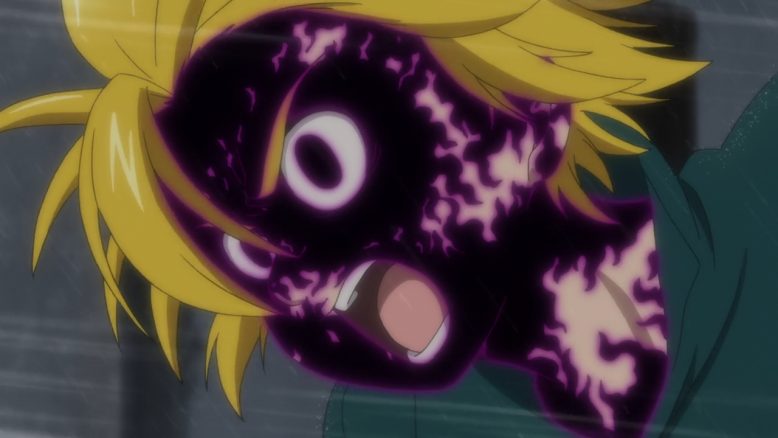 In the end somehow Meliodas passed, though the question remains how he did it. Clearly his emotions are still intact. He must have figured out some kind of trick or resolution that allowed him to pass the trial. Just glad he’s getting his powers back since honestly he needs them. Getting those powers back should hopefully give them at least one Sin that can match up against the Commandments. They need a heck of a lot more than just him, but one step at a time.

I just can’t imagine though the nightmare that Meliodas went through during that trial. There were good times and you can see how darn happy Liz and Meliodas were. It felt as if they were on pretty even footing and she was pretty used to his oddities. They were clearly further along in terms of a relationship than Meliodas and Elizabeth currently are. These two were downright living together and comfortable with where their lives were at. It just makes the whole thing sadder to see how everything went to hell. We get the picture of that monster killing Liz and Danafor itself being under siege. Though clearly the greatest damage to Danafor came when Meliodas just straight up lost it and obliterated the whole area. 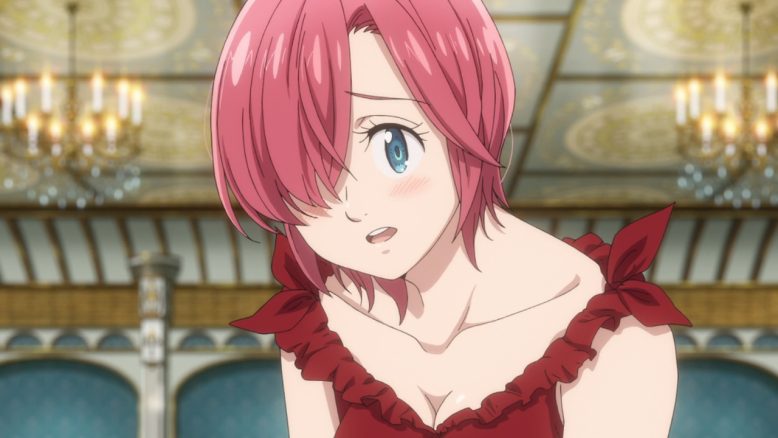 Of course it’s debatable if Meliodas should have to pass a trial at all. It is his power first and foremost. Plus if he doesn’t get those powers back…they are kind of all going to die. Even if you run the risk of Meliodas blowing up in rage, there is a definite death waiting for them if the Commandments aren’t stopped. It seems as if Hendrickson and company have the right mindset. Clearly Gilthunder and the rest basically wrecked themselves in order to get stronger. Right now they have got to get better or they are all going to die. The stakes are just that serious. 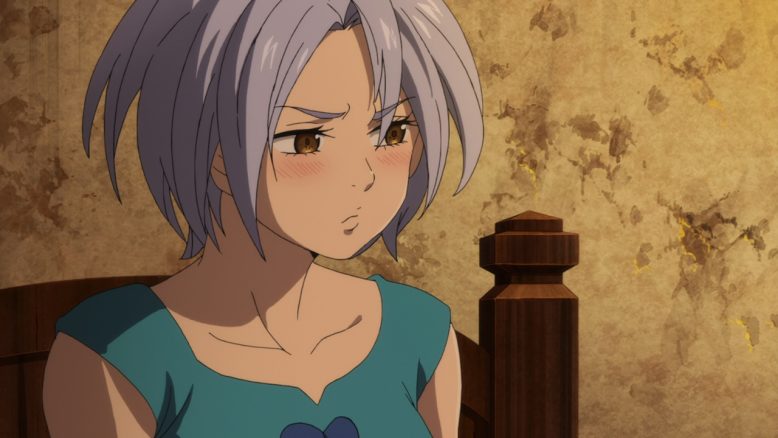 The interesting thing was shifting the focus to Ban and Jericho. We’ve waited a while to see what those two are doing. Of course their activities were what you expected…Ban passed out in a bar. He doesn’t know what is going on so he’s been continuing his efforts to track down any hint about reviving the dead. I’m not sure what to say about Jericho. She’s remained consistent in her efforts to stick with Ban as he wanders around. Though I will say she does get some cute moments. It is funny to watch her get embarrassed or nervous when clearly Ban isn’t remotely interested in her romantically. She is in no danger of him making a move on her. I’m just impressed he’s decided to put up with her going around with him. Maybe it is because he is having her foot the bill wherever they go XD. 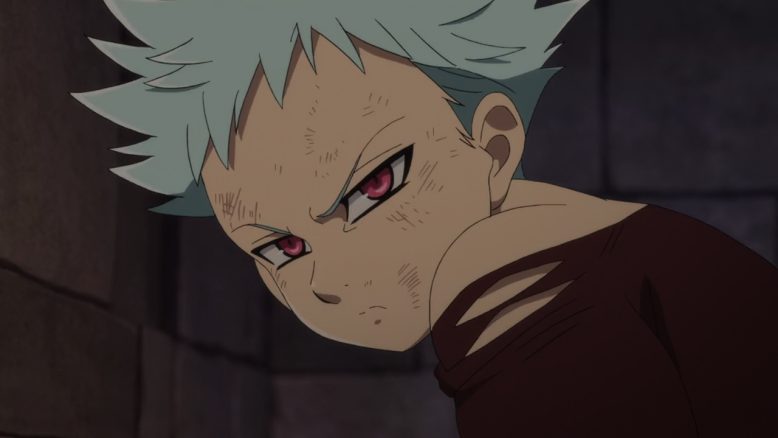 I’m going to enjoy getting into Ban’s backstory with this flashback sequence. This is a decent skip back in time since Ban has been immortal for a good while by now. Not surprising that he started out as a kid living on the streets in a bad place. Only get to see up to the point he meets this Zhivago guy, but hey at least he apparently was up to helping Ban escape prison. We have a general idea of where Ban ended up by the time he met Elaine. But this should be a nice way to fill the gaps as to what he was doing up to that point. Too bad this appears to be yet another miss for Ban in terms of finding a way to resurrect Elaine, though good on him for continuing to try. 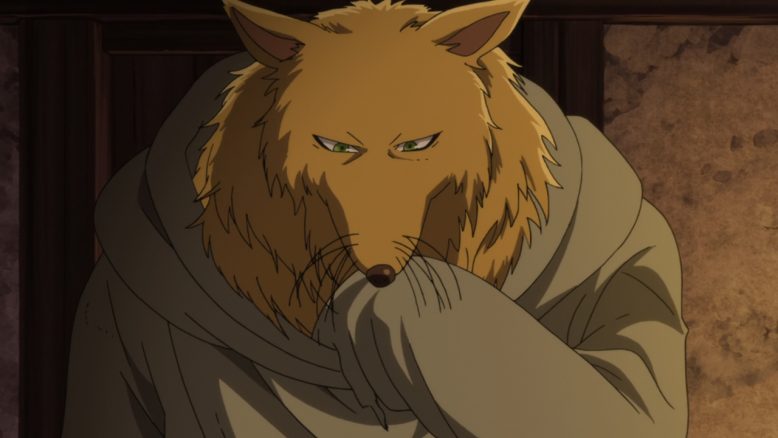 Sooner or later though Ban and Jericho need to find out what is going on. I can understand Ban’s desire to travel and resurrect his lover. He doesn’t see there is a bigger crisis brewing and staying with the Sins is uncomfortable after…you know he tried to kill his friend. But for now it seems the focus will be on Ban’s background. At this point things seem to be slowing down a bit so the main cast can worry about getting stronger and preparing to face the Commandments. Sadly while this goes on it means more people are going to get killed, but there doesn’t seem to be any way for the Sins to rush their acquisition of power.