Nanatsu no Taizai: Revival of the Commandments – 08 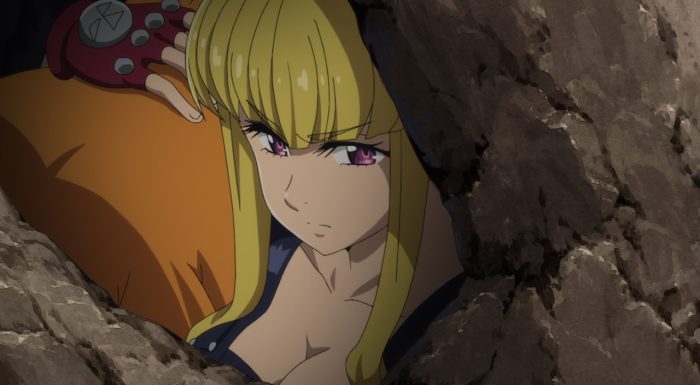 There was a fair amount going on in this episode. Of course the main focus for the Sins was Diane, but things just didn’t quite go according to plan. When it comes to the Commandments nothing really can go too smoothly. That everyone got out of this in one piece was probably the best result possible. Not that things are in a great spot right now. Diane’s condition isn’t great and they weren’t able to recover her. Understandably King isn’t thrilled that they have to leave Diane for the time being. But it is what it is. While we can’t be entirely sure about how reliable this Matrona is, she did manage to confront the Commandments without getting killed. That’s a pretty remarkable feat. 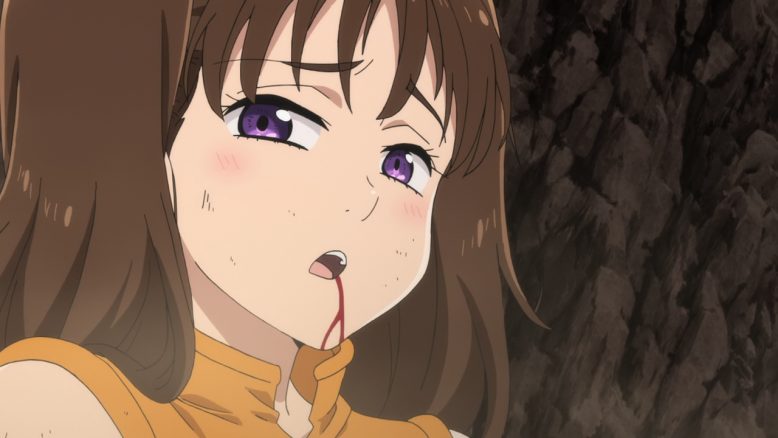 It is a bit worrisome that we still don’t have a great grasp on the mental state of this Matrona. That she is alive is pretty shocking. But I’m a bit worried by her lack of communication. Knocking out Diane wasn’t the craziest idea. She was petty unstable and emotional. Trying to talk her down with super powerful threats in the area seems like a recipe for disaster. Better to just grab her and get the heck out of there. Still it is a bit crazy that she’s alive. I’m sure they’ll get to explaining that one, but for the time being it is a surprising revelation. Anyone that can lend a hand right now is appreciated. The Sins aren’t able to really pick a fight right now and have to basically stay under the radar. 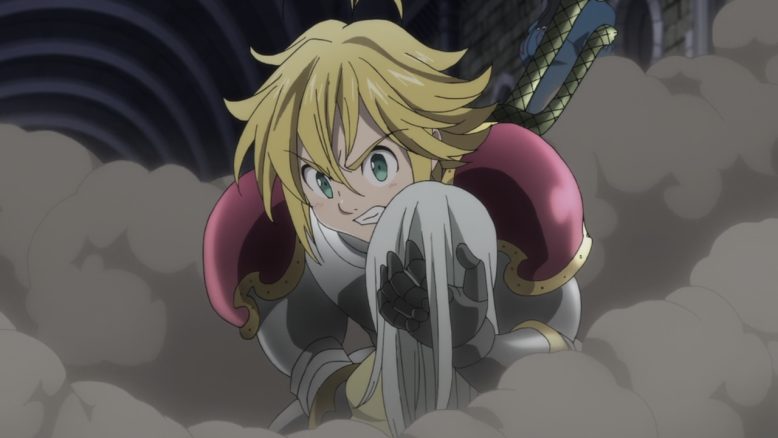 We appear to be transitioning straight into a bit of training. While one might say that there is no time for that…there isn’t much choice. The Sins basically have to run for their lives as it is. The Commandments are going to get even stronger. Somehow the gap has to be taken care of. At least they do have a fairly simple option with Meliodas. Getting back the power Merlin took from him should help quite a bit. That isn’t going to help the problem of the other Sins not being strong enough, but one issue at a time. Ban and Escanor are also desperately needed, but there’s no time to find them. They can’t even really easily recover Diane and they at least had an idea where to find her. 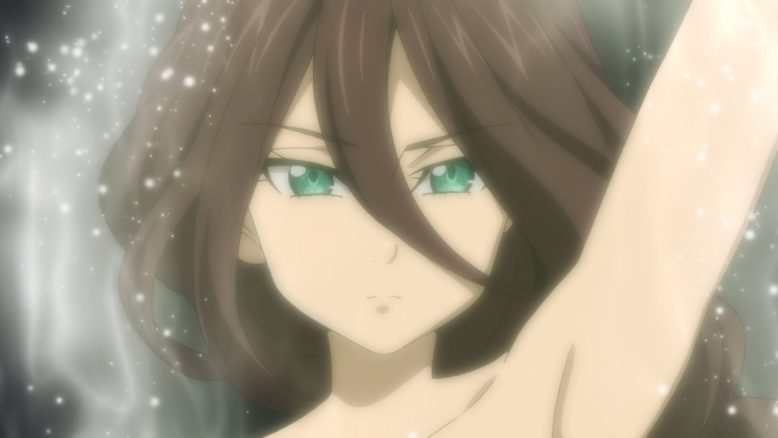 The Druids are a bit of an odd group. The one girl clearly has a thing for Meliodas. That isn’t much of anything to worry about. Diane had a thing for Meliodas for much of the first season and that wasn’t a big deal. He shows as much interest romantically in this person as he did in Diane. Hopefully we can get past Elizabeth going through a romantic drama since there isn’t any need for it. It is clear as day that Meliodas cares about her most of all. Someone else liking him in a romantic sense doesn’t really matter. What Elizabeth has to worry about is finding her own way to be helpful. 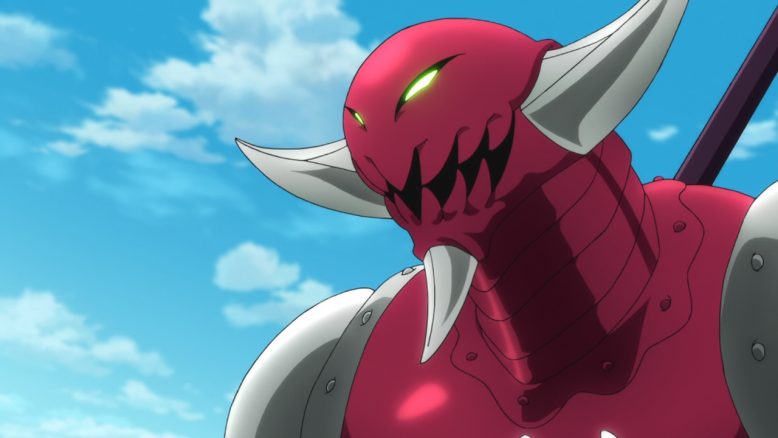 This episode did have some fun moments. It was pretty cool seeing Matrona go nuts on the Commandments. Sure she didn’t bring them down, but she did rescue Diane. Managing that and staying alive to tell the tale is pretty darn amazing. She just shrugged off the hits she did take. I’d also put up with her the accomplishment of Hawk’s Mother. That is one amazing pig! She just ate that attack and walked it off as well. That did save the day on a few levels. If that attack had hit then people could have died, but it might have also meant Meliodas needed to give away his existence and position. Right now the Commandments have a clear beef with him personally. If they know where to find him then they will hunt him down without mercy.

We also got a clear enough picture on how Galand’s ability works. It isn’t some objective power, but rather subjective. All that matters is what the person themselves believes. If they believe in something that is factually wrong they still won’t turn to stone. That ability is a big lie detector. All you need to do is be honest as far as you know. Galand didn’t turn to stone either despite saying he killed Meliodas, something that was wrong. Be nice if they could just trick Galand into quickly lying so he’d take himself out of the picture. It is worrisome though knowing the other Commandments may also should have crazy powers like that. 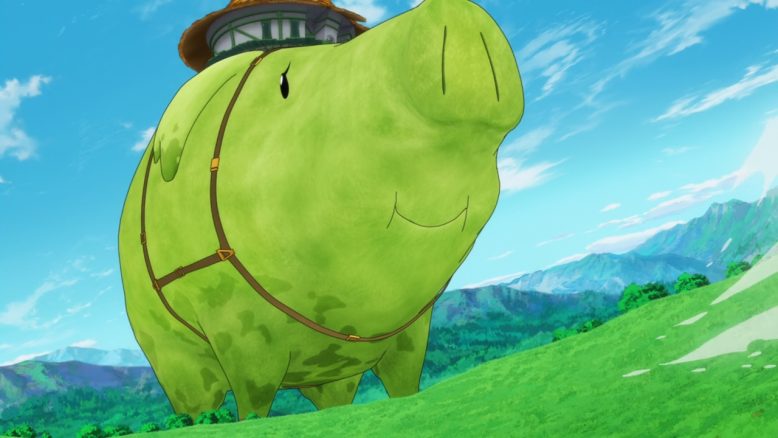 I enjoyed the episode overall. The action bits were nice and things are getting pretty interesting. Meliodas seems to be set for a pretty painful trial. Whatever is going on with this trial, he’s been set to a place that really took a strip out of him emotionally. This should basically show us what happened with Liz leading up to her death and the tragedy that followed. This is a good chance to move the story ahead while also getting a kind of flashback in there. My condolences to Meliodas though. It can’t be easy seeing someone precious that died a long time ago. Even if logically he must know this isn’t real or is some kind of test that is going to be rough on him.