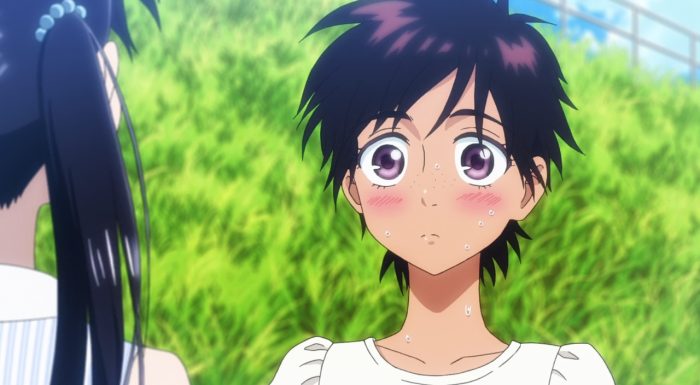 There was definitely an interesting mix of elements at play in this episode. We got a nice bit of focus on the friendship between Akira and Haruka and a bit more development with Akira and Kondou. You knew we were bound to draw focus back on that friendship after the mini-blowup Akira had with the track team a few episodes ago. And it does feel as if the two main stories at play in this episode have something in common. You get the feeling that both Akira and Kondou really are dealing with feelings of loss. Obviously Akira is hurt by the loss of her ability to run. I’m curious about Kondou’s situation. The only thing I can really guess is that his ex-wife wrote that book. Maybe those two got together because of their shared love of literature and he’s kept reading even after they divorced. 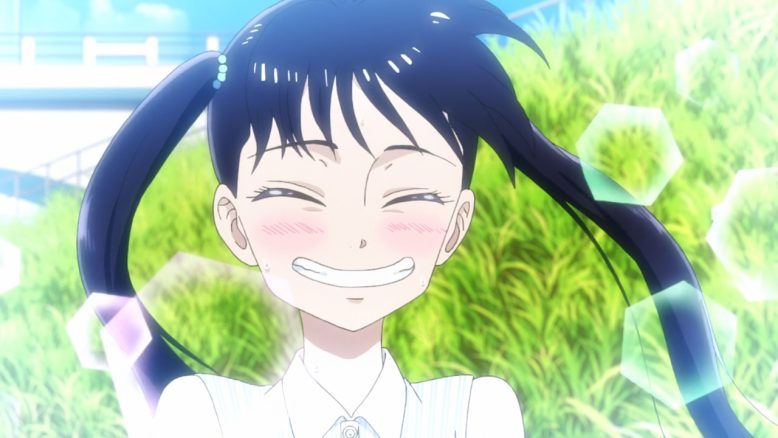 This episode really hit home how massive a loss Akira has suffered. It isn’t simply that she was good at running and losing that was painful. This girl really looked as if she lived for running. Even as a younger child there was a true love of running that consumed her. It was to the degree that she just forgot about everything else. The flashback got across not only her friendship with Haruka, but also how severe this loss has been. She is like anyone who through a tragic event loses the ability to do the thing they loved the most. While Akira may be able to live ‘normally’ she can’t do what used to be normal for her. 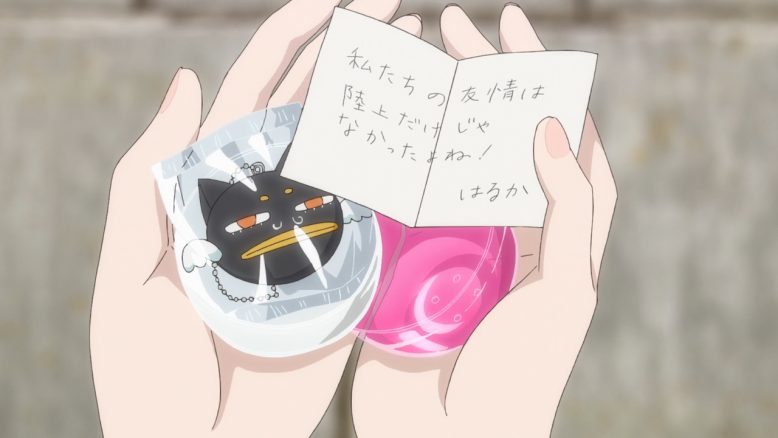 In that sense it isn’t a surprise how painful it is for Akira to look at the track team. It’s a painful thing to look at the place she doesn’t belong anymore. They may not reject having her around, but it sucks looking at people doing what you can’t anymore. I do like how they also turn this around. It is painful for Haruka looking at Akira hanging out with Yui. First she had to watch her friend get hurt and then watch her drift away. No doubt it is hard for her to reach out toward Akira. She still has the ability to do what Akira can’t and the state of their friendship probably does feel a bit uneasy after that previous incident.

Things aren’t resolved entirely by episode’s end. But they are working on the right path. Haruka did make a nice effort by getting that weird character that Akira was after and by sending a message. Of course she didn’t have the courage to stay up there and wait for a response XD. It was cute enough though seeing her hiding away after dropping the message down to Akira. They do need to talk things out a bit. But it is a solid step to still make the point that their friendship isn’t entirely about track. They don’t have to end that friendship because Akira can’t run anymore. 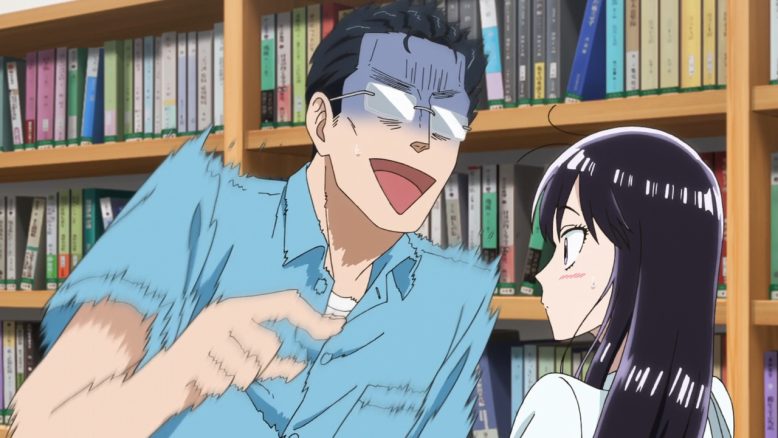 This episode is making me curious though about Kondou and his ex. While he isn’t with her anymore it doesn’t mean that emotionally he’s fine. We know what the one co-worker said in the first episode, but I’m more curious about what actually happened between those two. It also seems a bit weird that he goes all the way out to a library where he can’t borrow books. Now sure it sounds like this is a pretty big library, but is that the only reason he’s out there? Regardless it is clear he’s got some things to deal with emotionally. At the very least it works out in an interesting way having both Akira and Kondou encounter books that touch upon their personal traumas. 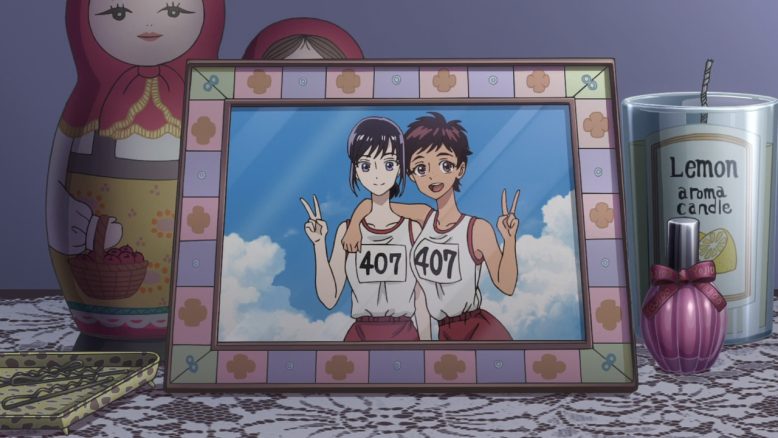 This was a pretty good episode. I enjoyed the flashback scene with Haruka and Akira. It does make me honestly hope they continue to talk and strengthen their friendship. They overcame Haruka transferring schools in the past and hopefully they can overcome this. I also hope that Akira can overcome the pain that has kept her avoiding the track team like a plague. This episode was good at delving more into the main characters and what makes them tick.