Nanatsu no Taizai: Revival of the Commandments – 05 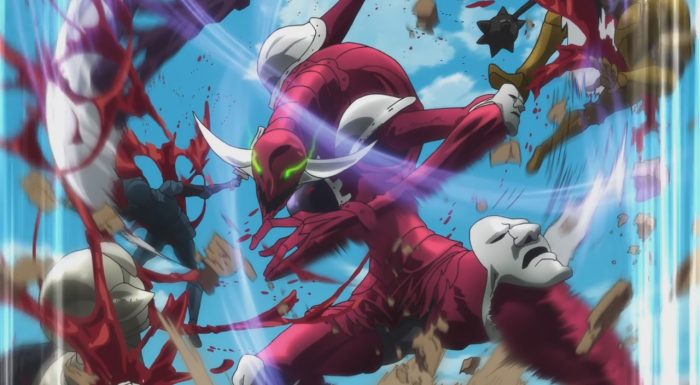 Well this episode got messy in a hurry! Talk about a pretty extreme set of circumstances to leave on. The least scary thing might be Hendrickson coming across Gilthunder and company. At least in comparison to what looks like Meliodas and company slaughtered and Gowther laughing like a lunatic! Not exactly the most upbeat of circumstances! Now one can probably guess that they aren’t going to kill off a good chunk of the main characters instantly. But we can’t say they are fine either. Especially since the last person I want laughing is Gowther who varies between creeping me out and getting me angry! Let us hope this is a good kind of crazy laughter and not something far more worrisome. 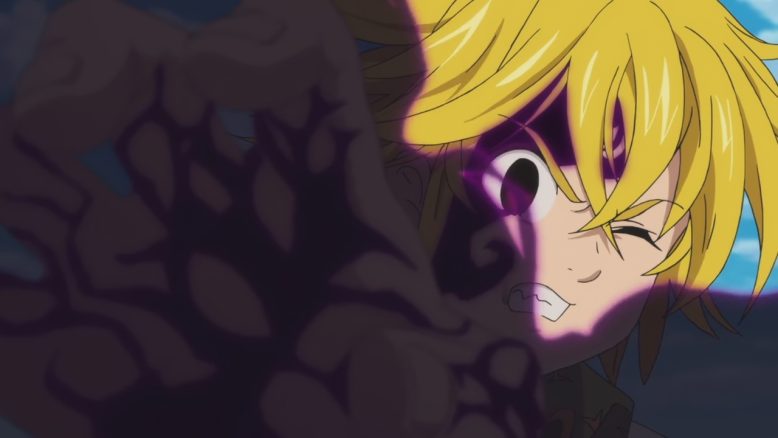 Things are getting pretty bad though. Galand was a pure monster that the Sins didn’t stand a chance against. Just one Commandment was enough to just stomp them into the ground. Sure the Sins weren’t all assembled and have had a rough time of it lately…but that’s scary. This was one opponent and his magic was at a level of zero. Sure one can presume this guy isn’t a magical powerhouse and probably leans more on his physical abilities, but he must still have some magic to abuse. From the start of the show to this point the Sins have been able to mostly handle anything coming their way. At the very least they have rarely been straight up outclassed and lacking their sacred treasures often is related to some of their stumbles. But Meliodas and Diane definitely have their sacred treasures and Merlin probably has hers.

Yet they were still absolutely destroyed in this episode. All of Diane’s strength was easily deflected and even Meliodas didn’t stand a chance. He was willing to dip into dangerous waters and yet that wasn’t good enough. Even his absolute best was simply uninteresting for Galand. Has time just taken that much of a toll on Meliodas? Regardless as things stand they are doomed. They can’t face off against the Commandments as they currently are and that group is only going to get stronger as time passes. Once they regain their magic it will be a slaughter. 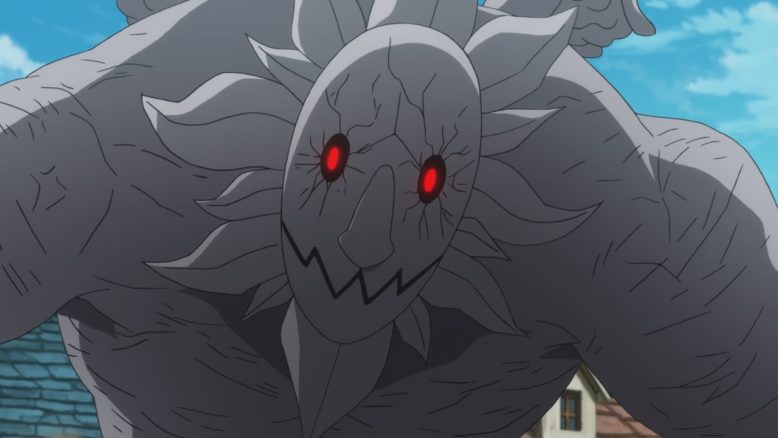 Of course it basically already is a slaughter though. The show revealed a scary bit of information here. In the past there was a ton of magical power everywhere and that was the cause of the major war of the past. Yet that magic isn’t just hanging around anymore. Over 3,000 years the plants and people have absorbed it. Thus if the Commandments want a quick recovery…they need to eat up some souls. I suppose one positive is that they aren’t eating people whole, but this isn’t much better. Honestly the only reason they are eating souls and not entire bodies is just to keep things slightly less graphic. Either way if those souls are consumed…those people are effectively dead.

And we’ve already seen the method the Commandments are using to get the souls. They are sending out these demons to collect them. So they are basically sending out the same monsters that killed Elaine and burnt down the Fairy King’s Forest in the past. I suppose this at least gives the Holy Knights something to do since the top tier ones can probably handle these guys. I guess we’ll see if what Hendrickson said was true. The grey demon he turned into was something only the Sins could handle while the red demon seems to be on a lower tier. Even the Holy Knights might be unable to do anything against that level of threat. And of course if Hendrickson is still evil then…they are really doomed. But whether he is or isn’t, this isn’t someone that Gilthunder and company want to team up with. 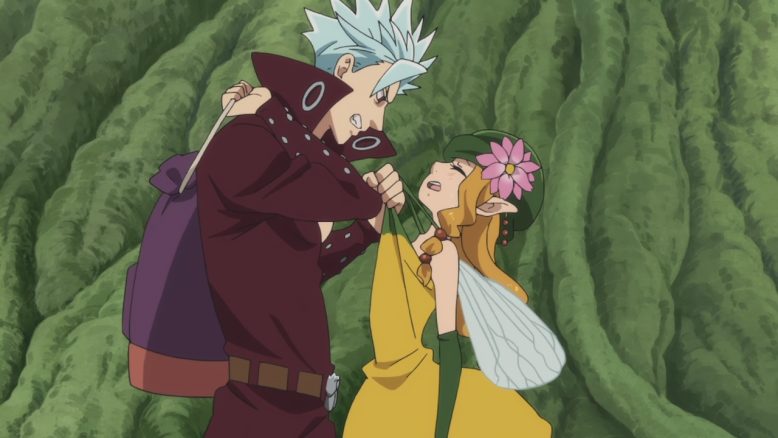 Things are a bit more peaceful out with King and Ban. I respect Ban’s self-control. I’m impressed he resisted ripping Gerheade’s head off. Maybe having someone who knows the consequences of failure looking after Elaine’s body is useful enough. Not only would pissing him off risk losing nutrition for the forest, but Gerheade should know that Ban would hunt her down. That should be effective for the time being. Of course Ban is still going on his solo trip. He doesn’t know about the Commandments so he can still prioritize going on his journey to resurrect Elaine. While the Albion attacking is surprising this isn’t the first random demonic threat he’s come across. At least King should be prepared to rejoin the group. While that isn’t going to even things out, the more Sins that are together the better. 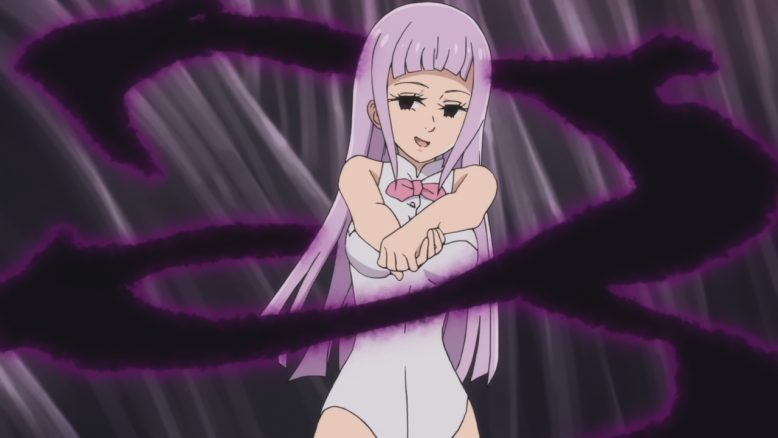 This was a pretty crazy episode though. Galand is a pure monster. There is no doubt that this is a very bad situation. If the Sins don’t come together and get stronger then there is no hope at all. And there isn’t much time to fool around anyways. The Commandments are already making their move. These people have no problem in killing every last human in sight if it means regaining their powers. If the Sins take too long in taking care of this problem then there might be no one left to save.