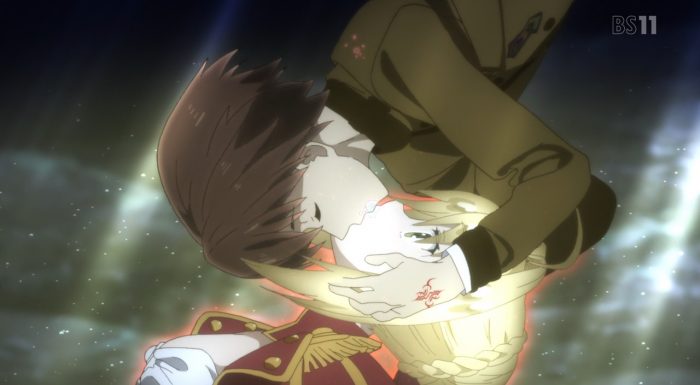 Things are staying pretty interesting and fairly hard for me to predict. This episode introduced a lot of new elements to the picture along with giving Rin a chance to shine. I’ll give the show some credit that it probably has given us the most sympathetic version of Shinji in a Fate anime. It isn’t that the guy wasn’t capable of winning battles, but he just couldn’t take the victories. It is one thing to be a ‘game champion’ it is another thing to be the victor when the other side has to die. And you can gain a bit more respect that he didn’t take the out that he had of canceling his contract with Drake. That would have given him a better chance of surviving. Still a chance I suppose that Hakuno would have killed him anyways… 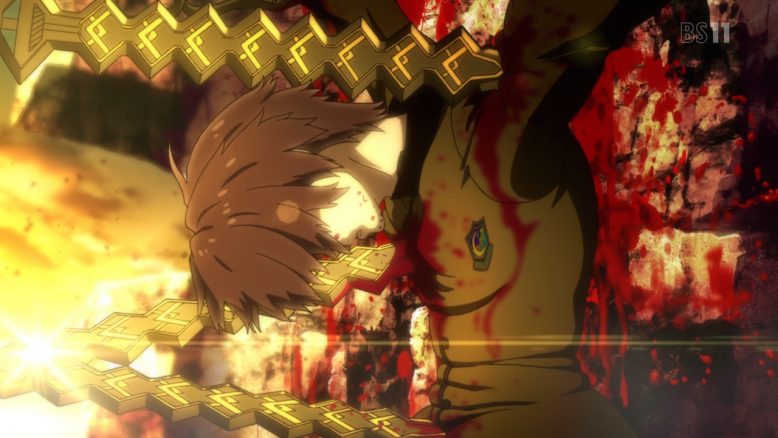 There are a lot of interesting elements to look at with this episode. Clearly the grail war has fallen apart. It isn’t even the fault of masters such as Shinji for not pushing forward. Some other element has gotten involved and is creating havoc. This Chakravartin thing has messed with SERAPH and the rules are kind of in flux. I have no idea what that giant ring is, who created it, and what the overall purpose is. Rin has the speculation that it is trying to destroy SERAPH, but even that isn’t certain. There are a lot of questions hanging in the air right now.

What we can presume is that the existence of Chakravartin has created a counter movement. I’m getting the feeling more and more that Hakuno is a response by the Moon Cell to this dilemma. A normally impossible extra Master that has been brought forward in order to shatter the status quo. Hard to say what is up though with the downright bizarre flashbacks that Hakuno has. To a degree the idea of a time loop happening on the first floor seems plausible. Hakuno may have died over and over again until finally making a contract with Saber and starting on his journey. In that case his downright incredible hatred and rage seems plausible. 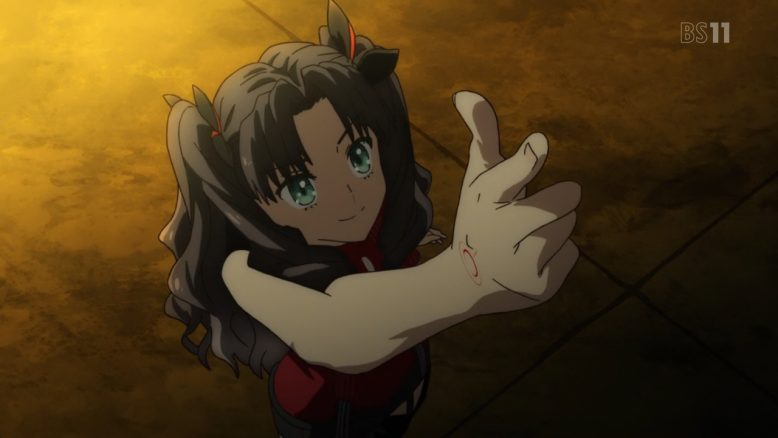 Regardless there is a lot going on here. It’s too bad that Rin apparently lost her servant earlier since it would have been cool to see just who she was with for this fight. There are presumptions one can make, but there is no telling at this point. What we do know is that Rin isn’t some pushover. She hasn’t survived all this time by luck, she’s a skilled individual. It’s more than possible that she could have killed Shinji herself, but there would be no point. Without a servant the ladder wouldn’t appear and even if another Master did appear…there would be no one for them to kill. They did a nice job making you wonder if she’d survive this episode. A few close calls had me unsure, but then she appears at the end chasing the ladder XD. 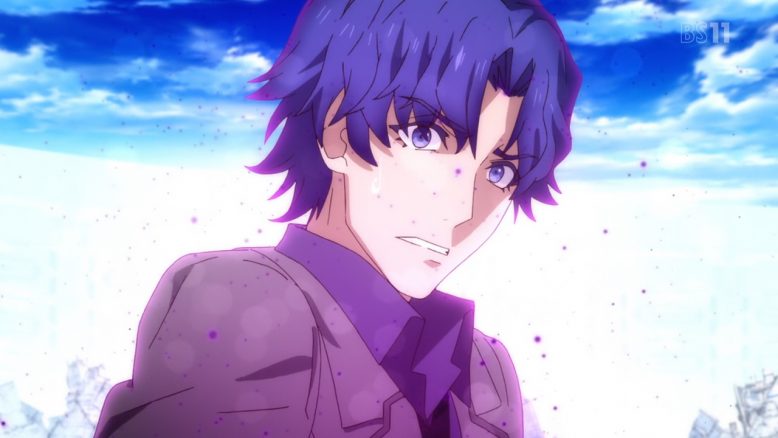 The battle wasn’t the most amazing fight in Fate history, but I liked it. We’re still clearly at the point where Saber isn’t willing or able to use her full powers. Though we did get a hint towards her identity with using her imperial privilege to grab that ship and crash it into Rider’s galleon. That just hints to her having a royal background which isn’t overly uncommon in the Fate franchise. Drake was a little more flamboyant and gave away her identity. Though the loss seems to point towards the fact that she got rusty. Whether it was a lack of mana, technical failure, or just not paying attention to ammunition, Drake’s guns failed at the worst possible time. Still that was a pretty solid showing for the Rider servant in this case. Nice to be able to summon an army of ships to launch a crazy barrage. 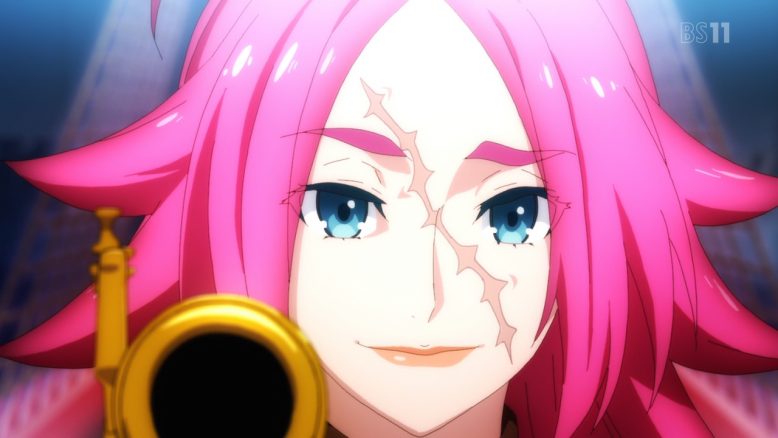 We are getting more into Hakuno’s head as time goes on. It was kind of entertaining to have him basically say “yeah I don’t need a sob story.” The sob story seemed to work though. Hakuno isn’t just a bundle of rage. He did go into that fight wanting to kill Shinji because he could remember Shinji killing him. But he can’t/won’t hate Shinji any more than he does. Whether he can forgive him is another thing, but he won’t be blindly angry at someone he now understands. If nothing else this fight is a moment that may shake up Hakuno going forward. It isn’t that hate is all he has inside of him. It should be interesting anyways to see how things go on the second floor. At least the way forward seems relatively clear. Defeat the Floor Masters and move onward.