Nanatsu no Taizai: Revival of the Commandments – 03 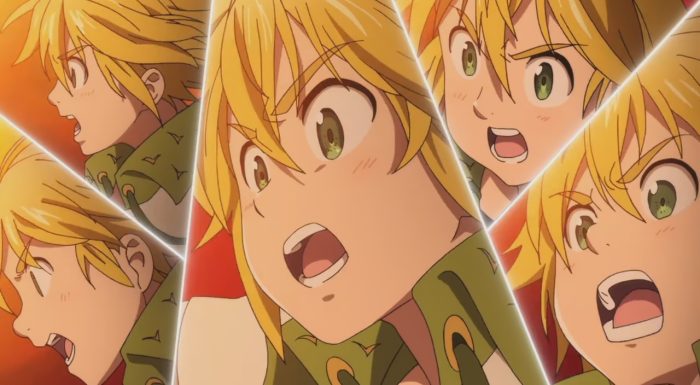 Now things are starting to pick up in terms of the action. While this episode was more about introducing the sacred treasure Lostvayne it did show that the commandments aren’t completely sitting around being passive. They are already sending out ancient weapons on this scale to attack places such as Camelot and the Fairy King’s Forest. Things turned out alright in Camelot, but we’ll have to see how Ban and King do in defending the forest from this new threat. It’d be nice if things go better than the last time anything from the demon clan attacked. At least Ban has plenty of anger towards the demon clan due to what happened with Elaine. Hopefully King can get his confidence back on track since it doesn’t seem like time for a pity party. 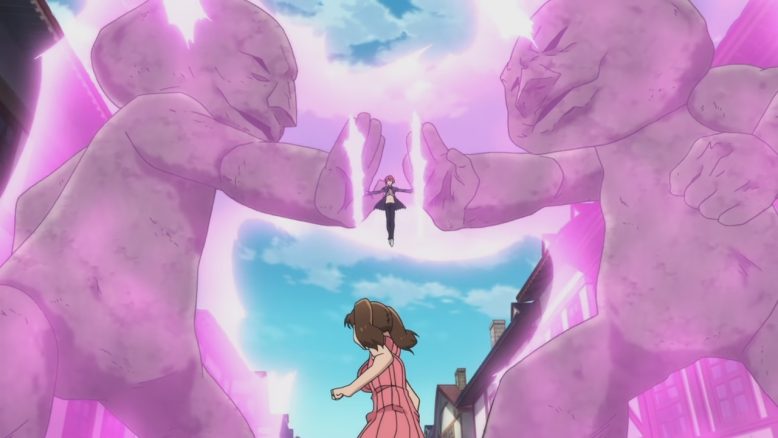 Of course the early going was centered more around Gowther. We only got a bit of the fight between him and Diane, but it was enjoyable. Gowther somewhat had an edge in that he could make use of his sacred treasure. That being something Diane can’t really do when she’s in a human form and not actively carrying it around. Despite that she clearly got in some good hits or Gowther wouldn’t have been down by the time that Meliodas and Merlin arrived. Although she doesn’t appear to have gotten a clean win either. That glowing bit around her eyes just screams some sort of effect by Gowther. No telling right now what that effect is, but we’ll have to keep an eye on Diane for now. 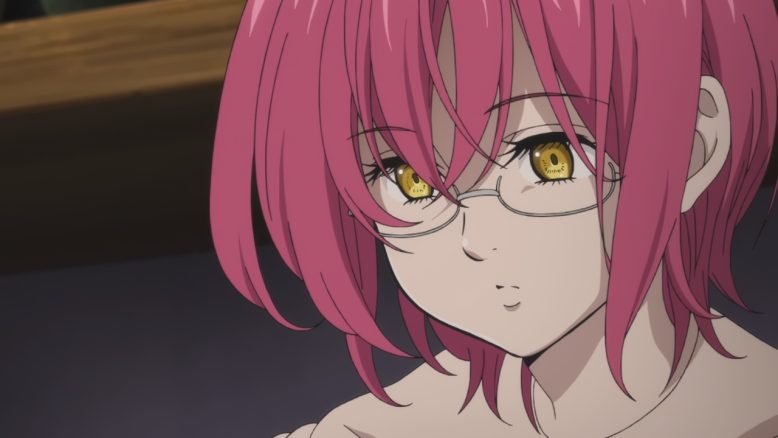 The bigger reveal is that Gowther is literally a doll. A pretty powerful doll created by someone, but still a doll. It is no wonder in that sense that he’d like the ability to feel and understand emotions. That doesn’t make what he did any more acceptable, but it does help explain just why Gowther is the way he is. For the time being though it was necessary to put a stop to what Gowther was doing. Even he understood that his activities were going too far and were considered unacceptable by those around him. It is possible that a cause of this was Gowther giving his armor to Dale and steadily getting more out of control as time passed. They’ll figure out what to do about Gowther and hopefully get him helping out more than causing harm. 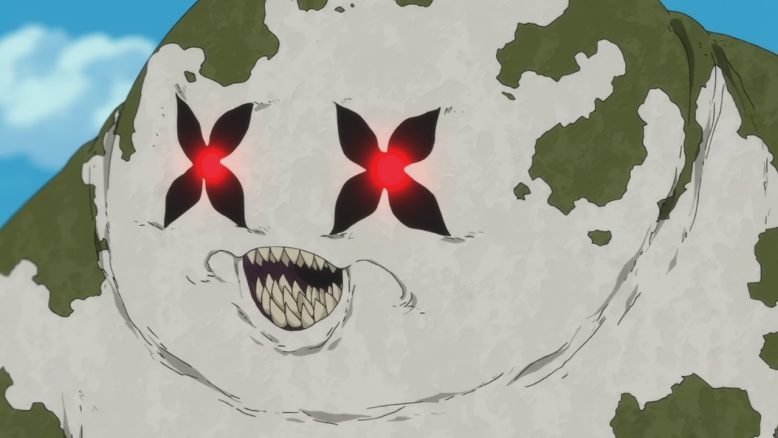 The attack on Camelot certainly shows how much more dangerous things are going to get. There wasn’t room left for fooling around. You have to wonder what else Merlin is keeping from Meliodas that his sacred treasure wasn’t even the most important thing between the two. But at least she picked up his sacred treasure and got it back to him. It is just another sign of insanity that he gave up something that insanely useful in order to open the bar. You get the idea of how darn perfect Lostvayne is for Meliodas. A weapon that can duplicate the user just has crazy potential for full counter. Plus just in terms of strength as a weapon it is far beyond the standard sword he had in season 1. The emotional value of that sword was high, but the combat use was limited. 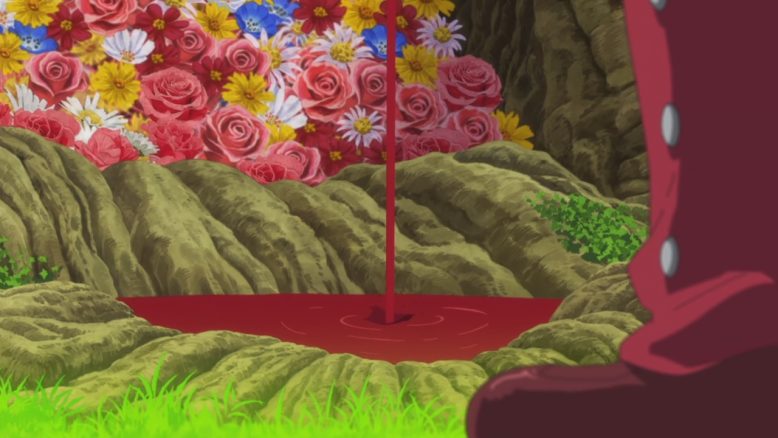 That’s one way to revive a forest…

Just another kind of sad moment seeing how Ban has been quietly restoring that forest back to health. No wonder the faeries (overall) are grateful to him. If he’d just planted the seed the forest wouldn’t have recovered early so quickly. But Ban is basically one with the fountain of youth. So it makes some sense that using his blood helps to accelerate the growth of the forest. The key though is that as a whole he doesn’t really care that much for the faeries. He’s just doing what Elaine would have wanted. The longer goal probably being that she could be happier once revived if she knows that the forest she worked hard to protect is recovering just fine. I can see why the forest did protect Ban during that S1 flashback. It knew he would get the job done. 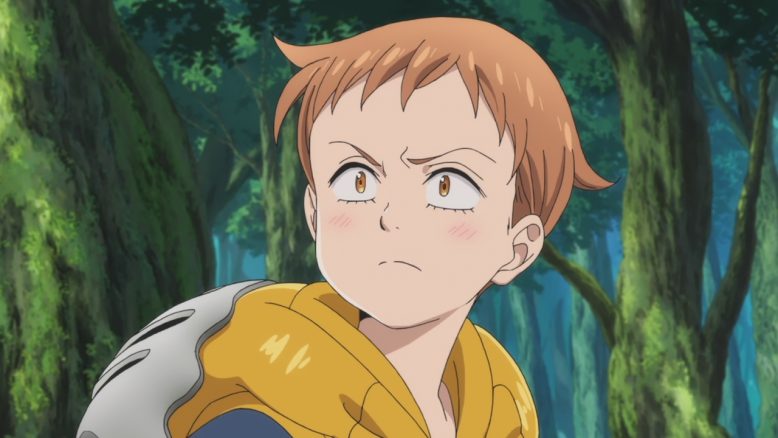 No time to rest though. King and Ban are likely going to have their hands full. Even if the faeries are pissed at King…they aren’t going to have time for that right now. Not if that thing is about as strong as the one that attacked Camelot. I suppose this is a fair chance for King though to remind his people why he became the Fairy King in the first place. At least he does have his sacred treasure on hand. Too bad we’re still missing Ban’s treasure, but such is. I’ll be looking forward to seeing the fight next episode and just how things continue to build up. The Commandments themselves are still basically sitting around which is good since the Sins are scattered and a bit busy.