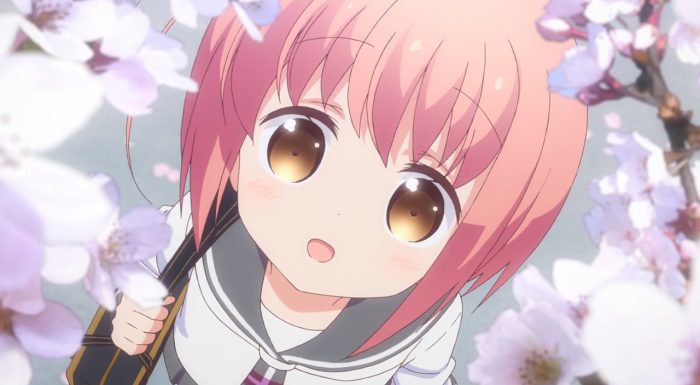 It seems utterly fitting that my first look on Slow Start is only coming out now. I would say this one has been one of the more consistently pleasant shows for me in the early part of this Winter Season. Very much fits inside the overall ‘cute girls doing cute things’ genre, of which we have a fair number of this winter. And yet I feel like this one still manages to be enjoyable and stand out in its own way.

One part of that I think goes to the animation. It’s not uncommon in a show like this for characters to be very static. You can easily get away with characters not moving much apart from their mouths. Some motion obviously will happen, but you can get away with very little. This show just has characters who are often in motion. It just feels like the characters in this show are constantly going something. Sometimes they are changing their expressions, moving their hands, and even their whole bodies. It can just be simple things too like Eiko visibly bending over when talking to Kamuri since there is a serious height gap there. 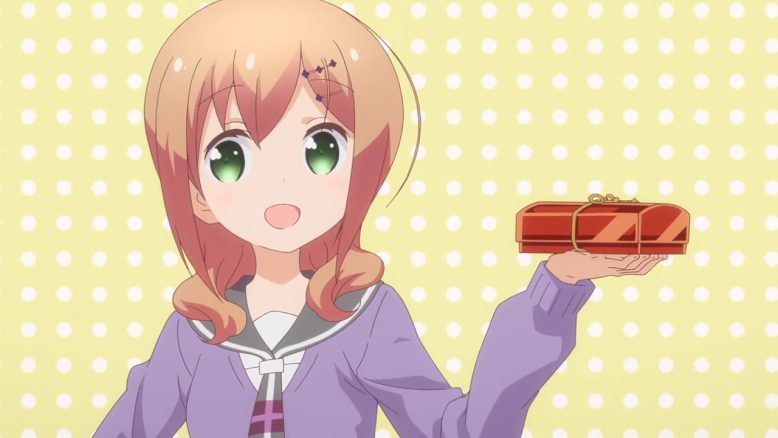 That may tie into why I like the comedy as well in this first episode. They could easily get away with just telling the jokes, but they often cut away to add a visual element to them. A good example was with the jokes around Tamate’s name. Instead of just mentioning what a Tamatebako is, they show that little scene of an old Tamate appearing when the box is opened. It isn’t really necessary to tell the joke, but I think it adds to the scene. I think the joking around Tama’s name also worked pretty well because of how expressive Tama was. You can see how much she really does want people to call her Tama and the complex she has about being called Tamate. 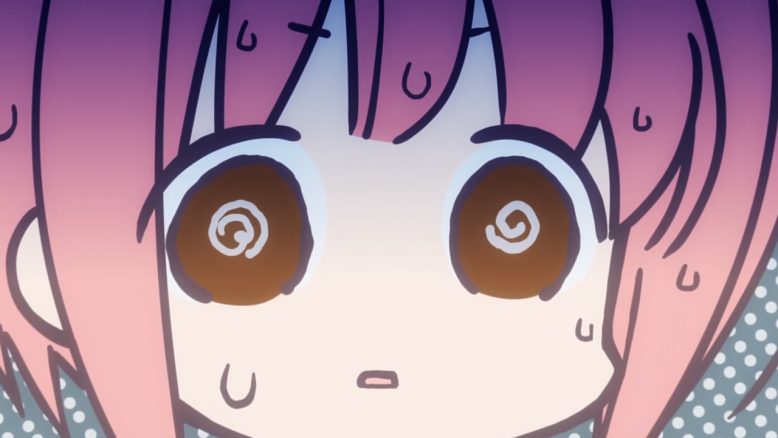 Hana has some wild expressions

It doesn’t hurt that the main cast are all pretty likable. I think Hana carries things well as the shy girl who feels all the more awkward because she’s gotten off to a ‘slow start.’ She’s not utterly frustrating, but rather just believably shy. I can understand the feeling of not wanting to be the first person called upon for attendance or sitting at the front of the class. Plus in her own words she studied for a year before getting into that school. So one can imagine her social skills aren’t the sharpest. Not going to school for a year isn’t a big deal when you get to University or College. But it is probably a whole lot less common even in Japan when it comes to High School. Regardless Hana handles herself nicely in that she will speak up at times and isn’t always super quiet. 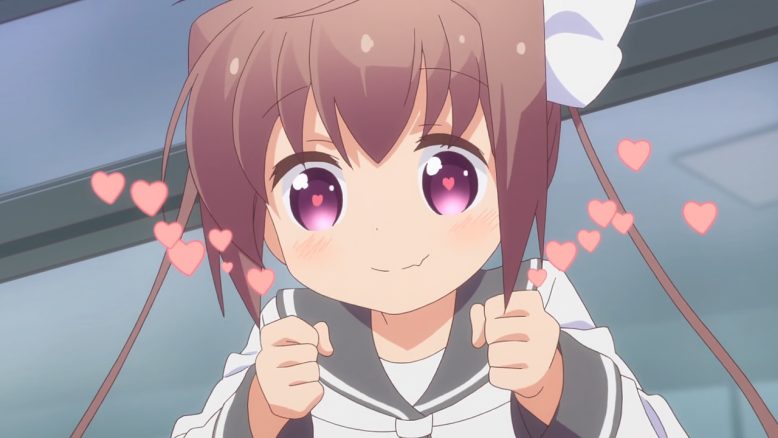 The rest of the girls are pretty solid from this first impression. Tama is a bundle of energy. It is kind of fun to just watch her moving around because the show is willing to animate so much of her motion. Plus I can’t dislike someone that darn friendly. She turned what could have been an awkward scene of people quietly staring at Hana into a standing ovation. You get the feeling that Kamuri is somewhat similar to Hana in being a bit shy. She hurried her introduction in the way that someone who isn’t fully comfortable speaking in public would hurry it. Plus it is cute how she sticks so close to Eiko. On the topic of Eiko, she definitely seems like a driver of the conversations. She seems pretty good at reading people and that is probably handy with Hana being quite the shy person. 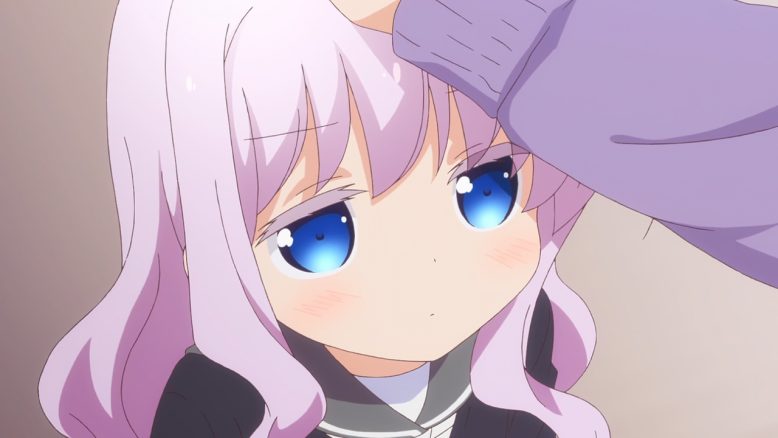 As a whole I’d say that was a fun first episode. If someone has any interest in this kind of slice of life show, I’d suggest giving it a look. It is a nice looking show, the characters are likable, and the animation does stand out. I feel like this will be a good show to just watch when I need to unwind. The first episode gets across what you can expect and gives a good first impression. Will have to see how much drama they really try to build out of Hana feeling awkward about having to wait a year before starting High School. I probably won’t be picking this one up for regular blogging, but I did want to talk about the first episode a little.