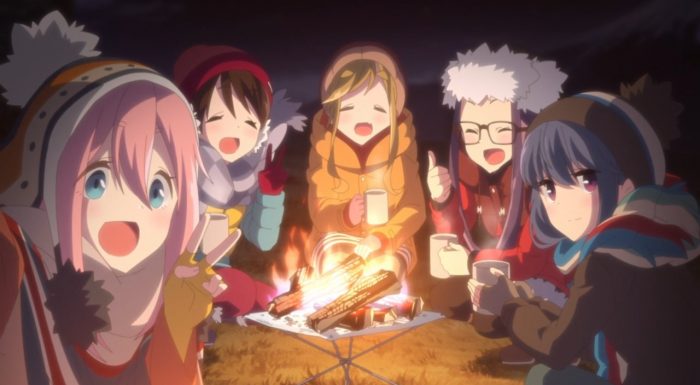 If I were asked to choose one word to describe Yuru Camp, the one I’d probably go with would be “comfy.” Not “comfortable:” that sounds too formal. It’s already losing the concept just by insisting on the full word. No, this is a comfy show. A cozy show. A show that feels just right to watch while bundled up in a blanket and drinking a mug of cocoa. In a season that’s actually pretty well-stocked with cute girls doing cute things, slice of life, and otherwise comfy shows, this one may be the comfiest. 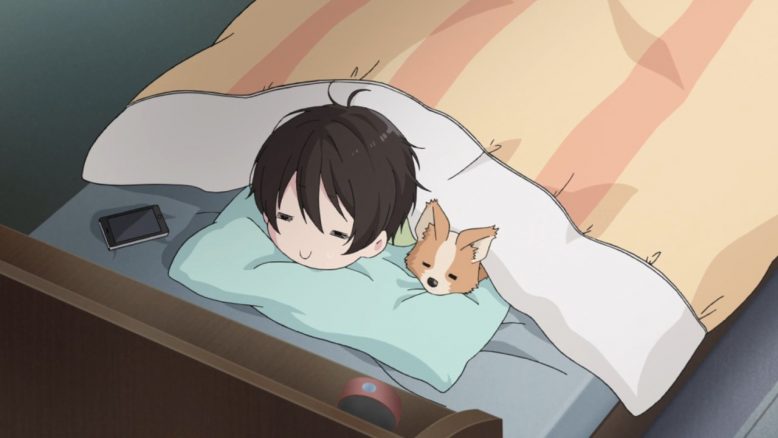 The basic premise of this series should be rather plain from the title: cute girls go camping. As one might expect, there are several campgrounds in the vicinity of Mt. Fuji, well placed so one can appreciate the view. One of our protagonists, Shima Rin, makes a habit of biking to some of them when she has days free, and spending the night there by herself, appreciating the solitude and the scenery. Rin at first comes across as the quiet, stoic type, and she’s clearly fairly introverted. But as we watch we can see that she has her own sense of humor, and a tendency to lapse into her own set of silly behaviors when no one is watching, much like anyone else. Also she has a friend in Saitou Ena, who she can easily chat and banter with, both in texts and in person. 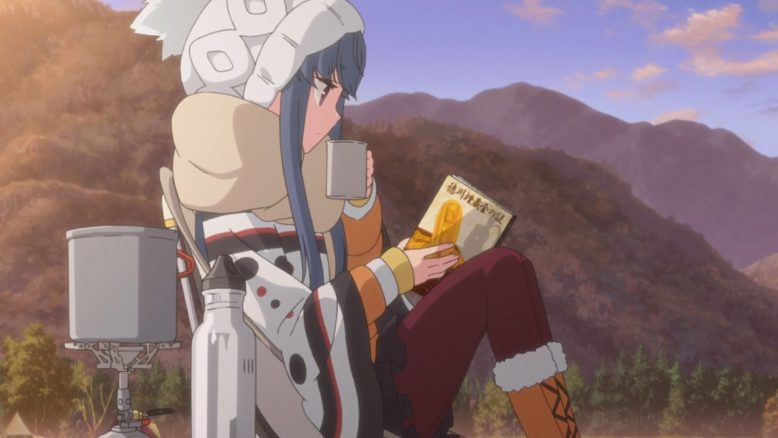 Our second protagonist is Kagamihara Nadeshiko; a recent arrival to the area who is introduced by being found by Rin asleep on a bench outside a public restroom at the campground Rin goes to in episode 1. Which kind of sets the tone for Nadeshiko: you can figure out fairly easily that she’s kind of an idiot. On the other hand, she’s also an extremely cheerful and friendly fountain of energy, and Rin can’t help but end up getting caught up a bit in her pace. There can sometimes be a fine line that needs to be walked with airheaded genki characters to keep them from becoming annoying, but Nadeshiko does a good job of balancing it and coming out a likeable girl. She’s cheerful without being overwhelming; friendly, but also knows when to give people their space. She’s just a fun girl all around, and I’m looking forward to seeing more of her. Even if she does occasionally run face-first into closed windows. 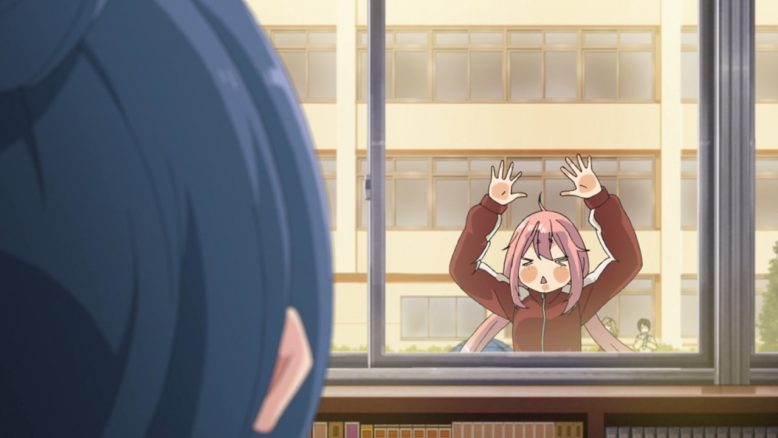 Now, as is often the case with series I find myself talking about here, I have read the manga for this series (or at least as much of it as is currently translated). What I quickly discovered, however, is just how inadequately that reading had prepared me for actually seeing the series brought to life. Take for example the other three “main” characters (I would actually say that Rin and Nadeshiko are the main characters, while the others are really secondary characters, but folks disagree): Saitou Ena, Oogaki Chiaki, and Inuyama Aoi. In the manga their presences barely registered, despite basically doing the same things there that they do here. Ena was just filed in my mind under “Rin’s friend” and really made no further impression than that. Chiaki and Aoi were just “the girls from the club:” a completely interchangeable pair with no notable personalities to distinguish them as people. But here all of that is very different. Each of these characters has been brought to life, and there can be no question of shuffling them into the back of your mind and forgetting about them. Through animation, voice-acting, and just seeing little moments and scenes play out, these characters suddenly go from being nobodies to being alive. It is a remarkable work on the part of the studio, and I don’t doubt that when I go back to read the manga from now on, I will see these characters as I now see them, and will never again fail to recognize their significance. 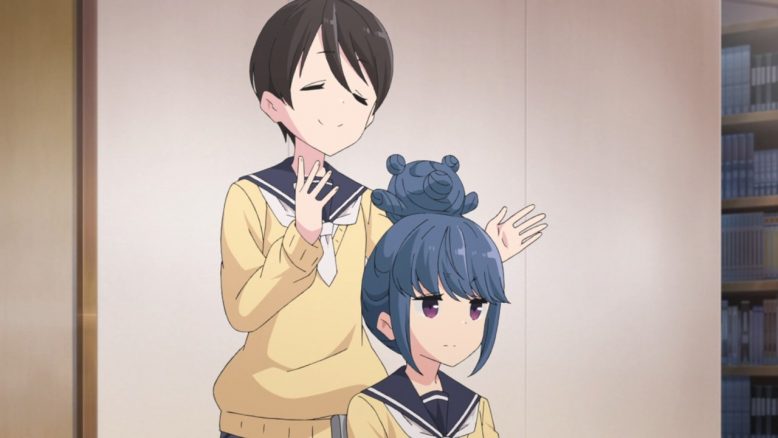 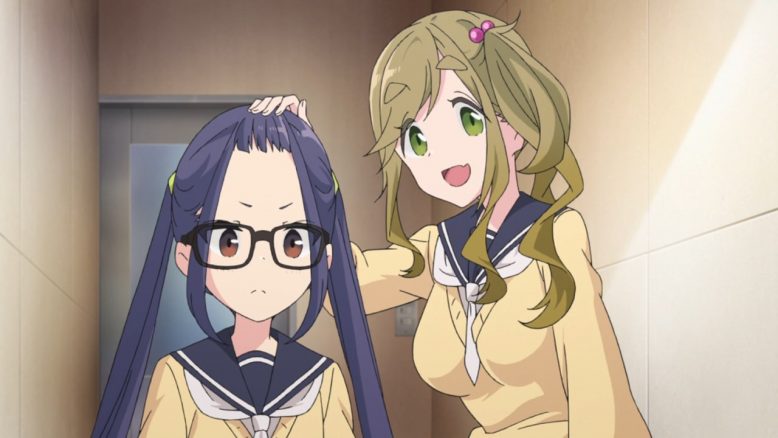 I would be lax if I didn’t take a moment to talk about the scenery in this series. I’ve seen all sorts of reactions from viewers, ranging from people saying it’s magnificent, to people saying it’s purely average, to people saying it’s pretty mediocre and they were expecting better. As far as I’m concerned, however, the artwork in this series has been excellent. There are lots of beautiful shots of nature; the kind of thing that could entice viewers to want to try going camping themselves. And when it really focuses on scenery it can be breathtaking. The scene in episode one where the clouds slowly move away from the moon and the light brightens around Rin and Nadeshiko as they’re talking, and Rin directs Nadeshiko to turn around and see Mt. Fuji finally revealed across the lake in all its splendor… I get chills just watching that moment. 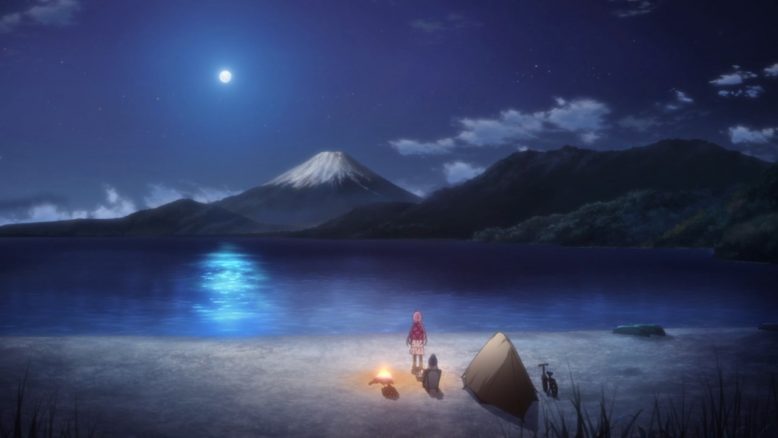 What I expect from Yuru Camp going forward is basically more of what we’ve already got (girls going camping in lovely nature scenes, and having wonderful friendship moments), along with slowly developing friendships among the cast leading to various levels of character growth. If the opening to episode one is any indication, Rin is eventually going to be willing to go camping with the rest of the outdoors club, and Ena, and pretty clearly enjoy herself while doing so. Right now that’s a pretty big step for her. It’s more than she wants to handle. As an introvert myself, I can very much sympathize. I believe that over the course of the series she’ll grow to recognize that she can enjoy spending time and camping with others as well, but that doing so doesn’t mean she has to sacrifice the solo camping that she so enjoys either. I look forward to seeing how this is handled. 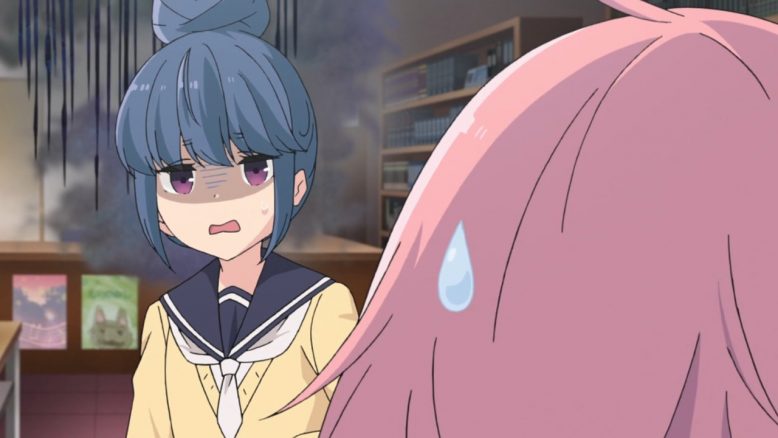 All told, this show is really comfy and soothing. It is a great healing show, probably the best at that I’ve seen since Flying Witch aired a few seasons back. If you want something to watch to bleed off the stress of your day, this is great for that. If you’ve spent time camping before, this show can probably trigger some nostalgia for you with its accurate depictions of how it all works. And if you just want to see some cute girls doing cute things, this will work for that too. This is a good show, and I definitely recommend watching it. 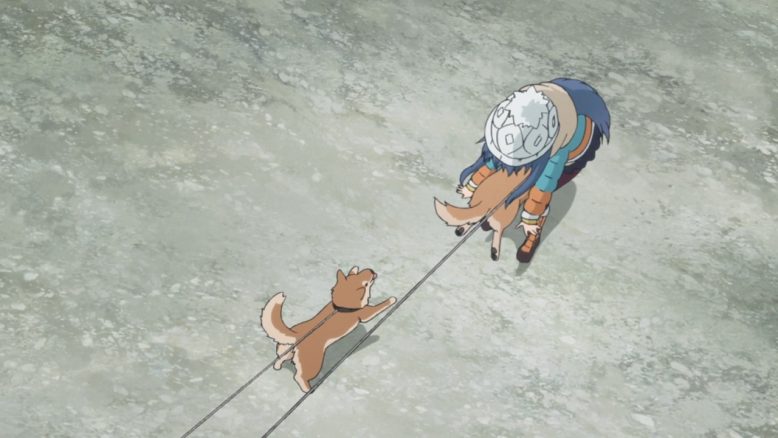 This was just hilarious, especially since Rin got all smug for an instant beforehand when the first dog’s leash was too short to reach her.