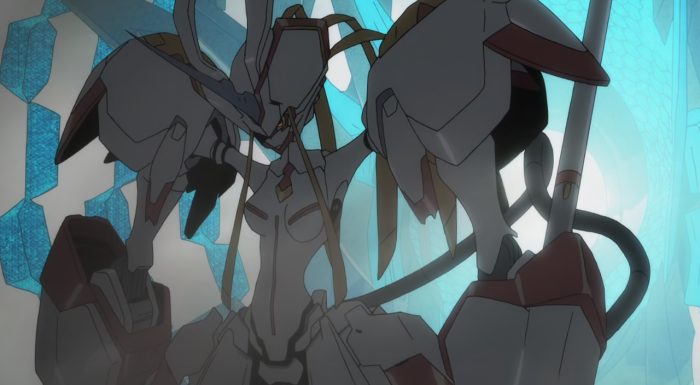 I really should have expected nothing less from Trigger going full mecha. This first episode of Darling in the FranXX was a lot of fun. It made me feel like we really did need a crazy over the top mecha series this season. They seem to have all the pieces for a good one. The visuals are great and they aren’t hesitating in going over the top. I can’t help but also mention the immediate comparable show that comes to mind, Star Driver. They come from different studios of course, but similar in the angle of pretty humanoid looking machines. The paired piloting makes me think of shows like Zegapain. But all the similarities in the world wouldn’t matter if the show wasn’t entertaining and so far they’ve got that. Of course they’ve also got the teen drama in this. 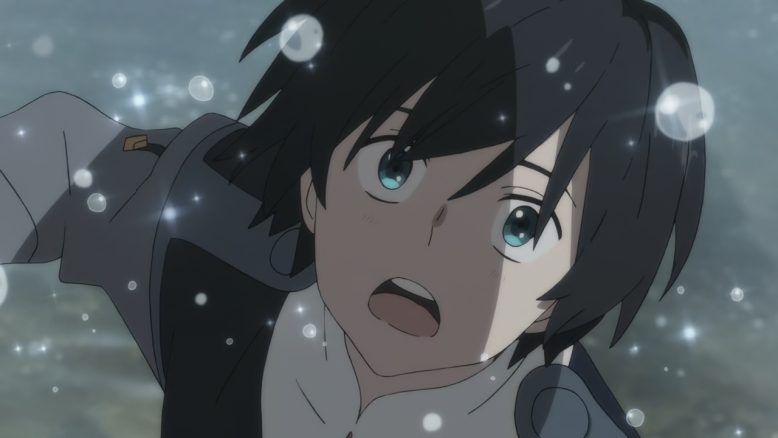 I’ll give Hiro this…when push came to shove he did make the choice to fight himself. Of course you have to wonder about this place that raised these kids. He was in the kind of mental state that if he couldn’t pilot and fight…he was basically worthless. Clearly these kids have been raised with the express purpose of being used to fight. So maybe it shouldn’t be that surprising that he was more willing to take on the fight than other male leads in these sort of mecha shows. It was a unique move though to have his motivations not even be overly altruistic. The doom facing everyone wasn’t the thing that pushed him the hardest. Rather the feeling that he was basically already dead if he couldn’t fly was what really hurting him. Risking his life to fight beside Zero Two hardly mattered in that state. 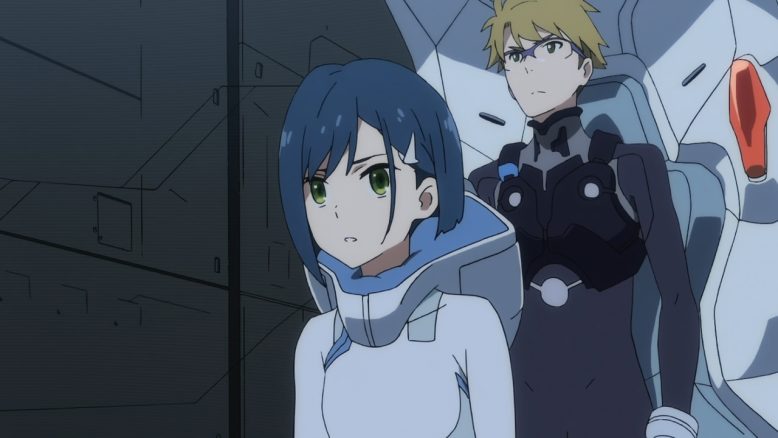 There are plenty of obvious questions one could drop here. Why do they need male/female pairs? Why do the Franxx look the way they do? What the heck are they fighting against here? Some of these things may get legitimate answers and some may not. I actually like the male/female piloting pairs. Often you can be stuck with the female characters either not being pilots or being really minor ones. I think mecha shows as a whole are still working on balancing things out. But if you are having people fighting together then is a duo who comes out on top. Of course we really don’t know what the heck was going on inside that cockpit during the last fight. But it seems like Zero Two was basically doing all the fighting. I guess a girl with the blood of the enemy in her would be hard to pair with. 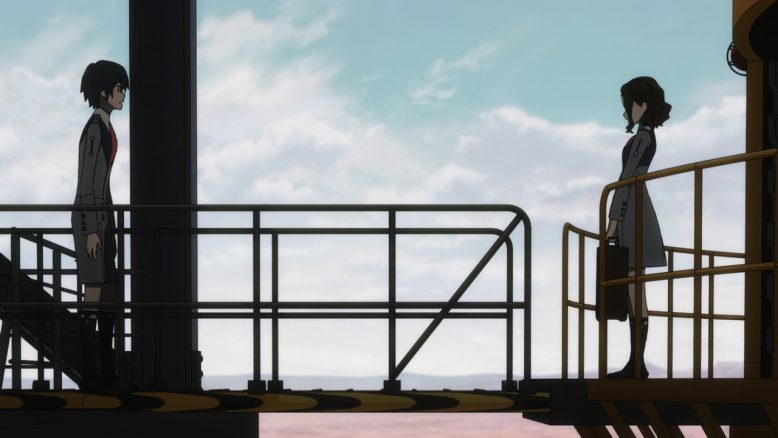 Well RIP Naomi. It kind of sounds like she didn’t have long to live anyways…No idea what is going on in that society, but they are raising these kids as weapons. I get the feeling they don’t want information from a failed pilot leaking out. There is just so much that we don’t know about the society these characters are in and what is going on. What I do know is that the Franxx beast mod that we saw earlier in the big fight was pretty cool XD. I don’t know, kind of like beast-type mechs. Back to seriousness though, I’ll be interested to learn more about what is going on. The main character and the kids he’s trained with seem extremely sheltered. 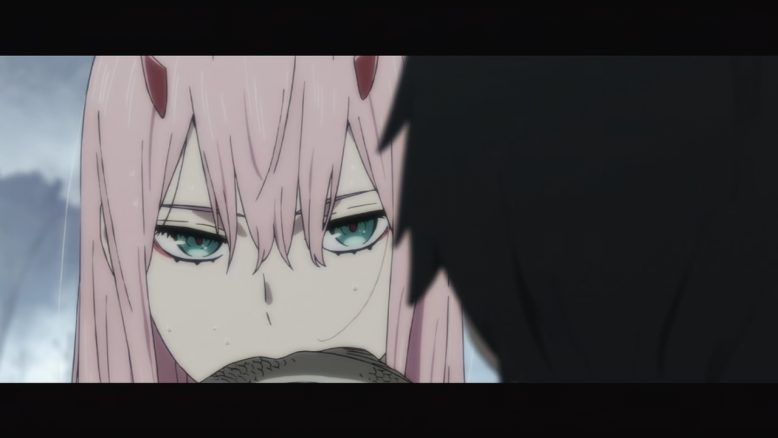 No doubt we’re going to see a fair bit of fanservice in this one. At the very least our main lady has no concept of modesty. I’m not much of a swimmer so can’t relate to her wanting to swim in the ocean or in this case a lake. Will admit it is kind of nice to have a girl who has way too much else to be worried about to make a fuss. I guess she’s far more worried about how people react to those horns or the fact that she has some…unusual blood in her veins. While I can’t help thinking that how Hiro met her mattered, he didn’t have negative thoughts about her horns when he first saw them. 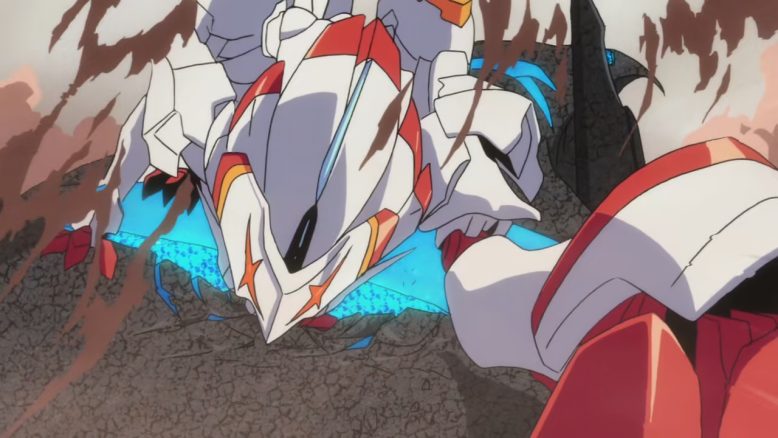 In the end I’d say this was one of the more fun first episodes of the season. They were able to just start setting up the world a bit and drop some action in there as well. So many questions are hanging in the air. But I think it was a good move to focus on impact with the first episode. They just got us into the flow of events first. Explanations and more details are likely to come later. There are a lot of shows I’m tempted to cover this season so can’t really say I’ll pick this one up. But I did want to get some thoughts down about it.

in Darling in the FranXX