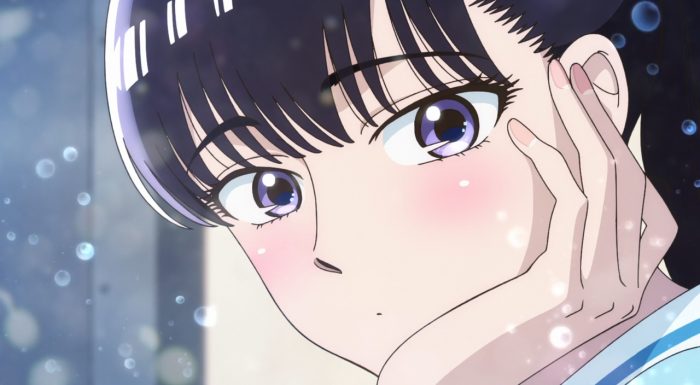 There are just some first episodes that leave you with the feeling that a show will be something special. I think the first episode for Koi wa Ameagari no You ni, qualifies as one of those. Part of it may simply be the quality job that Wit Studio did in manga adaptation to life. Of course we know they can put together some very nice looking shows and they definitely didn’t drop the ball in this case. But as much as the visual side, it was the overall tone and story that made me think this first episode was worth talking about. The concept of a highschool girl falling for her 45 year old restaurant manager could easily sway into the realm of uncomfortable or creepy. But they did a great job in this first episode in making you empathize with the main character Akari. 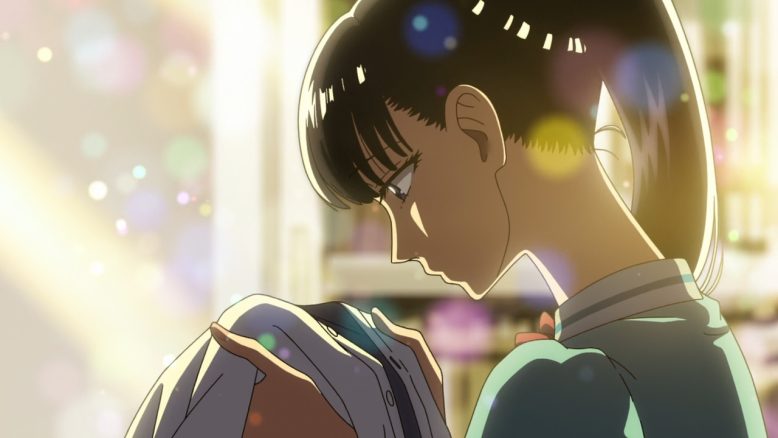 The first episode was well crafted in how it introduced us to these characters and revealed information. Little by little the episode pulls back the curtain on Akari’s past, how she feels right now, and the current status quo. I didn’t notice or consider little details they showed the first time through, but they made sense when knowing the bigger picture. We see Akari starting to run to work, but then pausing and momentarily tending to her leg. It didn’t mean much at first, but you can later piece together it was her leg injury that caused her to pull back and just start walking. I just enjoyed how the show slowly revealed information such as Akari having an injury that made her quit the track club or showing the moment she first met the manager she fell in love with.

We learn as she does that Masami both has a kid and that he is divorced. Of course we get that with a nice comical scene of her dropping plates both times. That poor girl went from having no hope to suddenly getting it back in no time. The scene of her first meeting the manager really was a nice one. It was a simple act of kindness that really caught her eye. All he really did was offer her a coffee on the house, show off a little magic trick, and be friendly. We’ll have to see if there was anything after this that really drew her in, but I think it was simply that encounter that made her fall for him. Sometimes it can be the simplest or smallest acts that can touch a person’s heart. 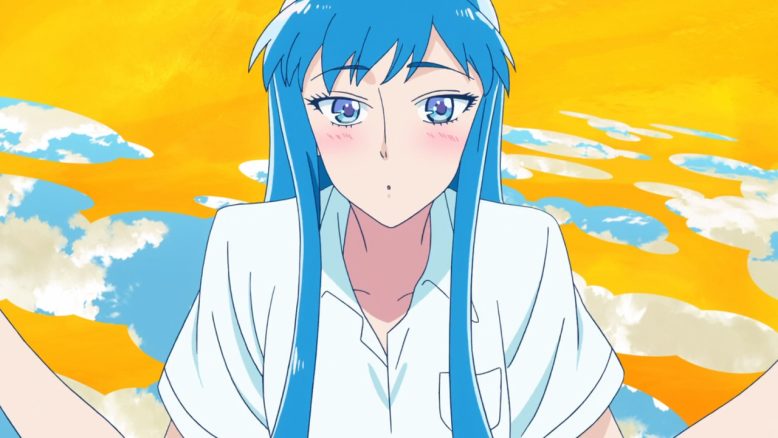 One humanizing aspect to the show is that there are plenty of flaws to the main characters. Akira is a nice girl, but she can be a bit awkward. Often she ends up outright glaring at her manager Masami. She doesn’t have any negative intent, but her intensity can come across in a different way than intended. But Akari has plenty of good traits that balance out any minor flaws of being perhaps too intense around the person she likes XD. I did like how she was kind to Yuuto (the manager’s son) despite at that point still thinking the manager was married. There was hardly any potential merit to her at that point, but she still helped. And I can’t help but say that she really does have some striking eyes. I give credit to the studio for recognizing how just a striking pair of eyes can have appeal. 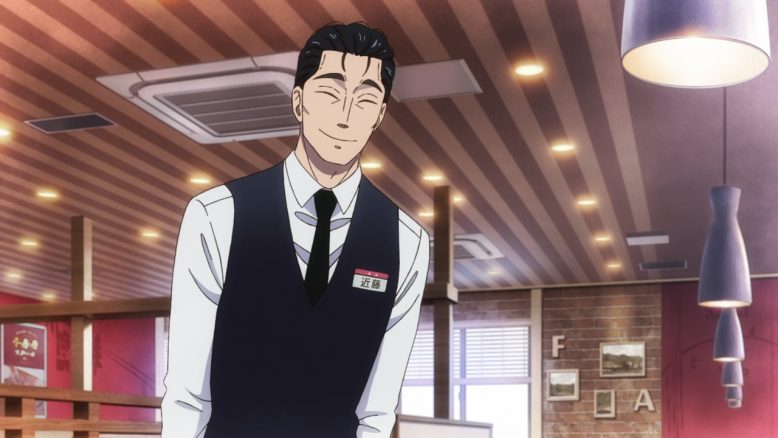 There is almost a laundry list of weak points to the manager. His employees do tend to look down on him, he often seems to have the sniffles, and can be a bit sloppy. Many people I would think have probably forgotten to zip up their fly once or twice. But at the same time he does actively take notes on his weak points and as we saw with Akari’s flashback, he’s a good guy. While often apologizing to customers may appear weak to his staff, it is probably a fair way to keep good relations with customers. If a mistake is made it probably helps create return customers for them to know the people in charge care about quality. 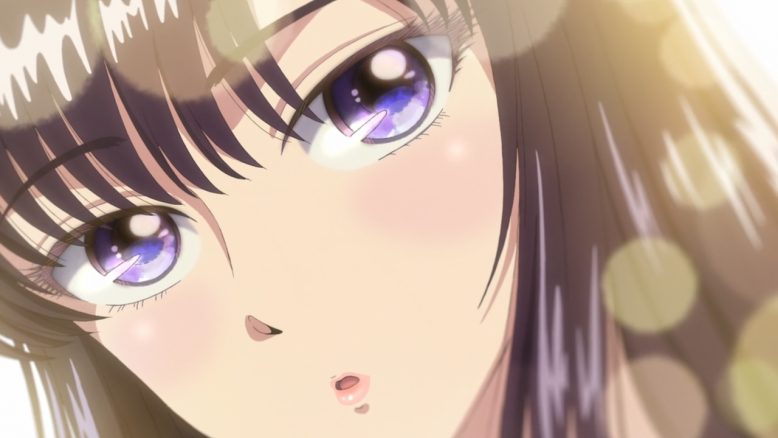 As a whole I thought this episode started out really strong. We haven’t really gotten to the point of these two characters going down any kind of road to a relationship. Akari clearly has feelings, which is abundantly clear from the shirt scene alone. Near the end you do get the feeling that the manager almost wishes he was a few decades younger and could pursue Akari. I’d say that at this point he doesn’t really know what to think of this girl though. The scene with the shirt would give one interpretation, but he often does see her glaring at him and normally would interpret that as her being hostile towards him.

While I don’t expect to cover this show going forward, I did want to stop and talk about this one a little. The first episode had plenty to discuss and I think this is a show that is worth checking out. I get the feeling that they will tackle this kind of potential romance across a serious age gap with respect and not just fool around with it. A good and maturely handled romance show should be nice to watch. I’d say this is a good sign that the winter season will be a strong one.