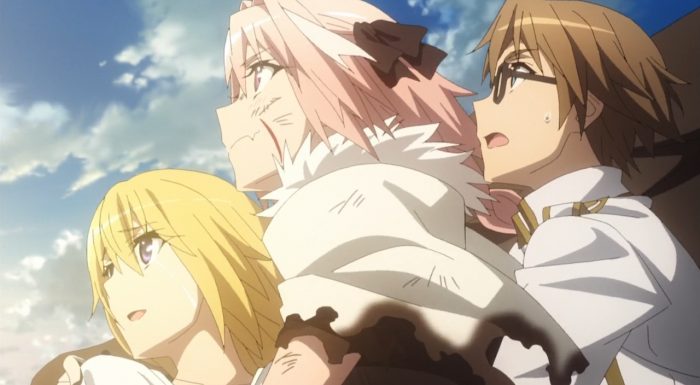 And so ends another series. This was a pretty calm last episode that focused more on the aftermath of Shiro’s wish. There was a few things to wrap up and the show mostly did that in a satisfying manner. Although it also opened up a few questions that I’m not sure was necessary. But at least they did come up with a decent way to deal with Shiro’s wish being granted. Although I think they could have gone with an option of just wishing for something with enough power to destroy the grail itself. While Astolfo’s offensive abilities are pretty minimal, there may have been better options. But such is. It isn’t necessarily a bad tactic to basically turn into a sentient dragon and carry the grail off somewhere that it can’t influence humanity. If you can’t stop the wish then take it to an alternate dimensional space. 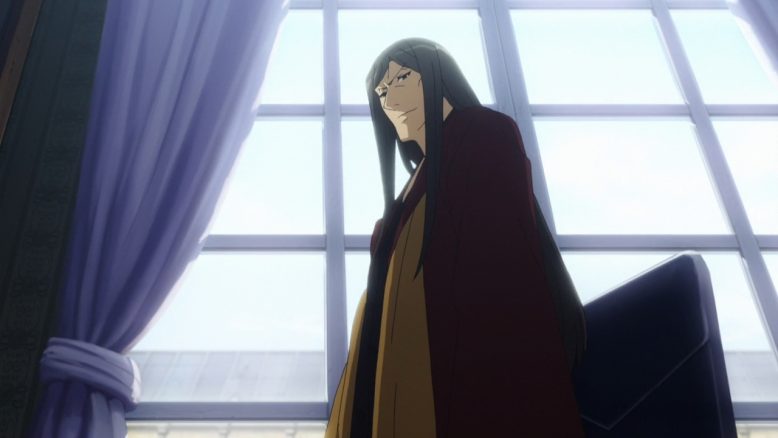 On a side note, what was up with the Waver scene later in the episode? Doesn’t that create all sorts of plot holes that are unnecessary? There shouldn’t be a way for Waver to have any connection to events from Fate/Zero. He’s not so old that he could have possibly taken part in the grail war that resulted in Darnic stealing the grail. I’ll just ignore the extra question of why he didn’t take part in the war himself despite apparently having a catalyst for it. This just opens up too many questions. Was this just a random nod to Fate/Zero? Is this guy from an alternate dimension where he took part in the Fate/Zero events? Is he actually stupidly old and did take place in the previous Grail War that Shiro and Darnic were involved in? 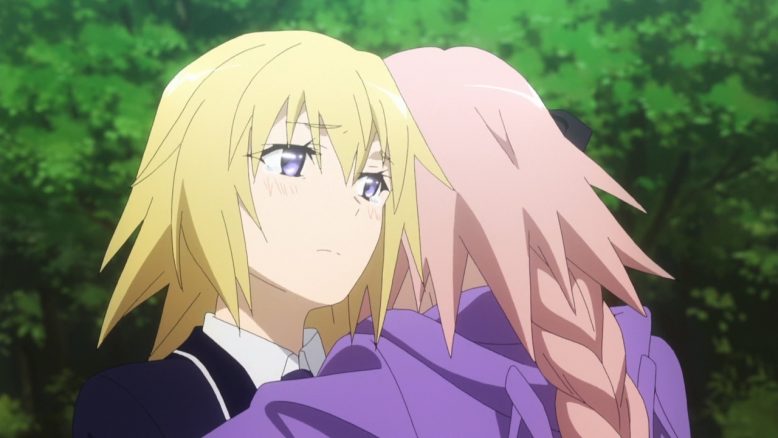 Otherwise the episode was mostly just wrapping things up and setting directions going forward. Laeticia of course needed to get back home. While it was rather generous to lend her body to Jeanne during this incident, she does have a life to get back to living. I do feel a bit for her since she had to become a passenger during all this. There wasn’t much to do other than let Jeanne run the show and see how things would turn out. A downside to the show is that she wasn’t really able to stand out as a character due to her situation. But I’ll agree with Astolfo that she deserves credit. Her generosity and courage allowed Jeanne to get involved in this and without that…things would have played out differently.

It is a bit of a wacky ending that Astolfo will now be wandering the world doing good deeds. I guess with Sieg turning (temporarily?) into a dragon that Astolfo will be able to stay in existence for a long while. I suppose it can’t be that bad a thing to have a heroic spirit like Astolfo out there helping people. Sure he is a bit of a weird person, but he’s a good one. There aren’t many servants that I’d be comfortable wandering the Earth without restriction, but Astolfo is probably a safe choice. 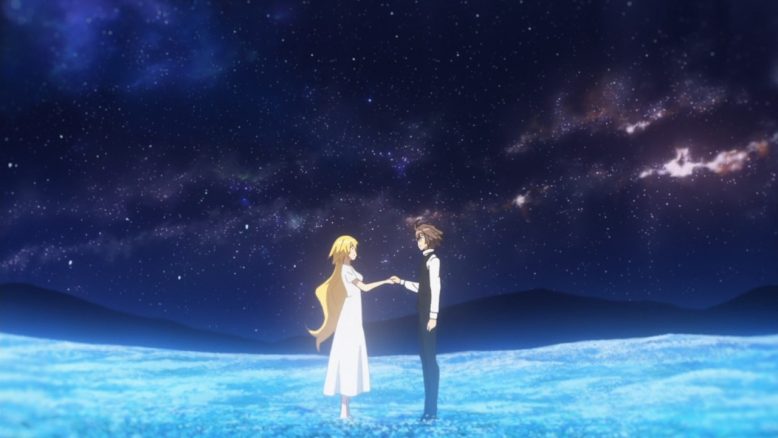 Not sure about what is going to happen with Sieg and Jeanne. Somehow Jeanne managed to make her way to him. I guess since it was another dimension and the grail still existed that this sort of ending was possible. While Sieg’s emotional relationship with Jeanne wasn’t that developed, I can go with this ending. Not sure ending it with her confession is the best choice since the question is more how he feels about all this, but oh well. It isn’t like the romantic side of things with Sieg and Jeanne was the best part of the show anyways. Maybe just saving them for the very end was the smart move. Anyone hoping for something between them gets a taste of it and anyone who doesn’t care….doesn’t have to deal with it for long XD. 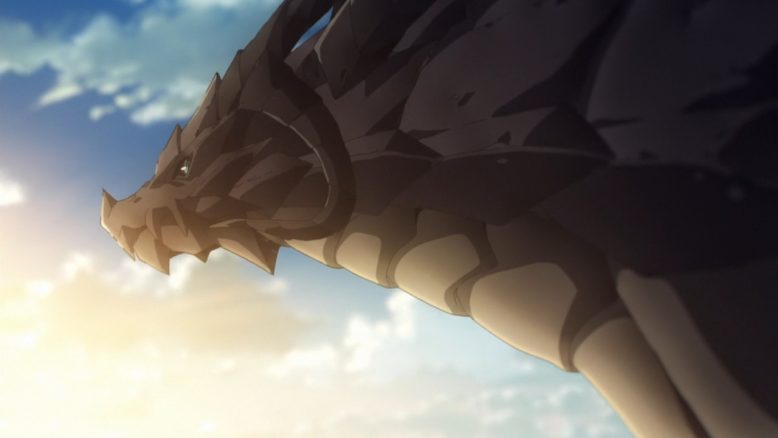 All in all…it was not a bad last episode. The previous ones were the more action packed and this was more about just setting the aftermath. Of course Shiro died from his injuries and the last red servants went with him. I’m kind of surprised at Mordred’s lack of killing ability that her opponent lasted that long after delivering a ‘killing blow.’ But anyways this episode settled just about everything. A somewhat surprising last romantic moment for the villains, a sort of romantic last moment for the heroes at the very end of this episode, and getting everyone to move forward. 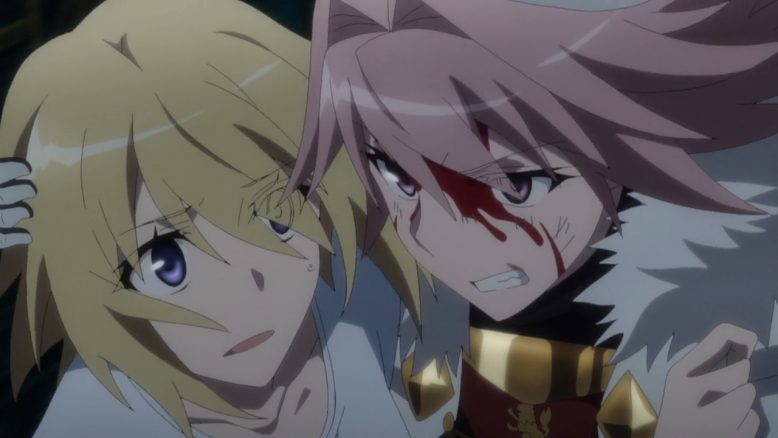 Any shipping starting in this last episode?

Overall this was a pretty solid show. It certainly had some flaws here and there. I did like how Sieg at least matured near the end of the story and made sacrifices. While I could never really relate to him, I can chalk that up to his pretty unnatural existence It isn’t just that he wasn’t human, but that he basically went from non-existence to fighting in a war almost instantly. In the end the guy just went through a lot and at least came out of it a decent person. Not nearly my favorite character in the show, but acceptable. 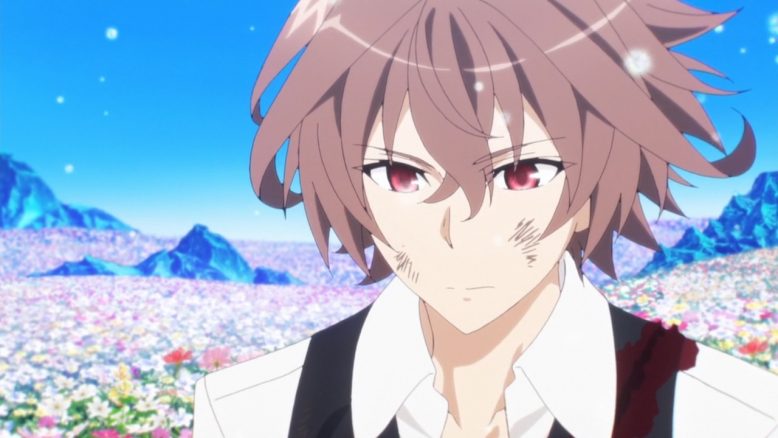 The action could be a bit hit or miss for me at times, but at least they made sure to deliver some impactful moments. I did enjoy basically every fight with Karna in it. That guy certainly had flash and power on his side. I also enjoyed quite a few action scenes with Mordred as well. If nothing else she was a pretty entertaining character. There were some low points for her during that large fight near the mid-point, but otherwise she matured nicely throughout the story. With a show like this I at least hope to be entertained and got that.

There were a lot of entertaining personalities mixed in with this show. They did a nice job making Jack a creepy character. While we could debate the overall decisions made for her character, she was as scary as a character based on a serial killer should be. Chiron was a pretty good guy and likable throughout the story. There were some solid and entertaining characters like Achilles, Astolfo, Jeanne, etc, in this one. 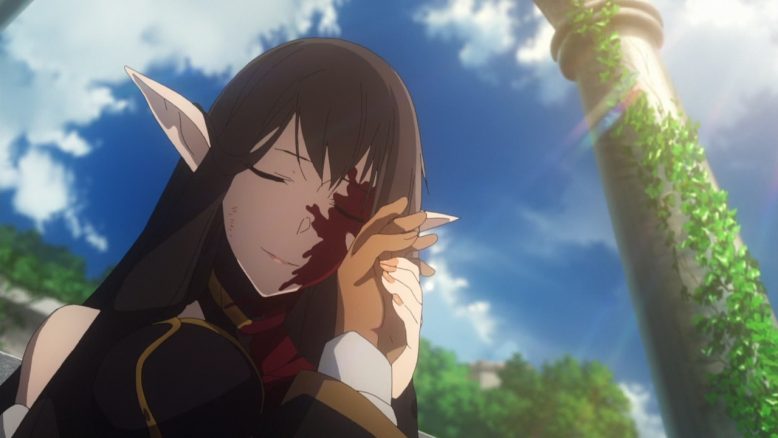 As a whole this show kept me entertained. It isn’t necessarily one of my favorites in terms of Fate related anime. But it was still good at the end of the day. While I’ll somewhat miss it, there are a lot of good shows already starting to air so it won’t be that big a problem. Hopefully people enjoyed watching it and reading some thoughts I had as the show went along.