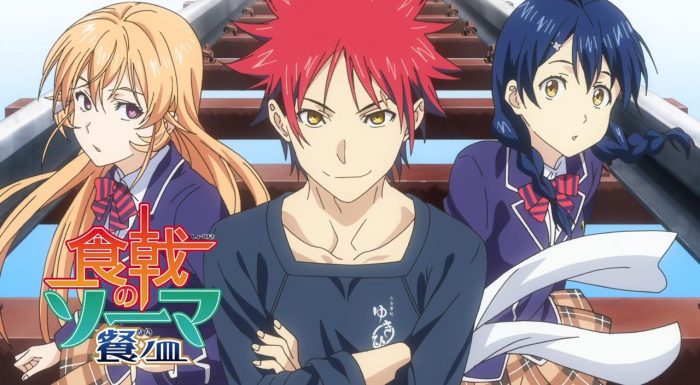 Did anyone else know that Shokugeki no Soma’s third season was going to have split cours? I certainly didn’t, but I guess we’re at the end of part one now, whether we like it or not. In some ways, I guess the earlier rapid pace of the season seems to make a lot more sense now than it did before. If you look at season 3 as two distinct parts, each needing to have a proper beginning and end, then there’s a lot of liberties you just can’t take. 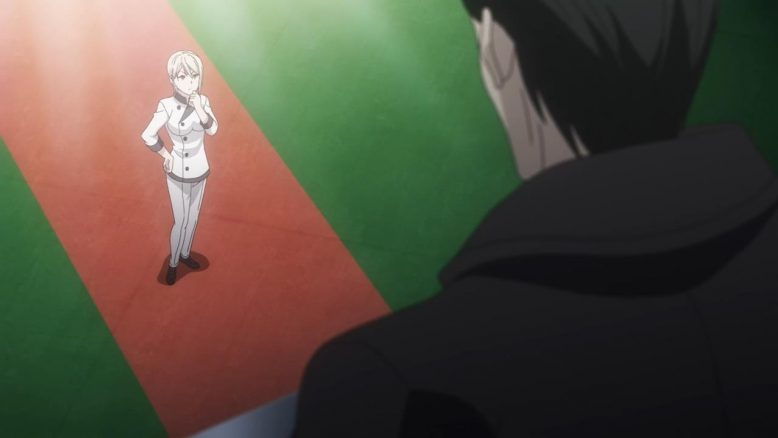 The biggest casualty in this approach, IMO, was the story itself. Simply put, the point of the story that we’re at, just doesn’t lend itself well to any form of fragmenting, and thus, the decision to split up the third season into two parts, seems like a really bad one. Its hard to say why this split cour thing was done too, but I think have some suspicions.

For one thing, I still think its a friggin miracle that we’re getting a third season of Shokugeki no Soma at all, if only because despite its recurring animated adaptations, the franchise isn’t as successful as I think it needs to be. Despite two very strong seasons prior, Shokugeki no Soma hasn’t really caught on in Japan (which, lets be honest, is the market that matters), especially if you take a gander at disc sales. And what’s strange about that, is the simple fact that Shokugeki no Soma SHOULD succeed, as its got all the hallmarks of a series that could and would succeed in its home country. 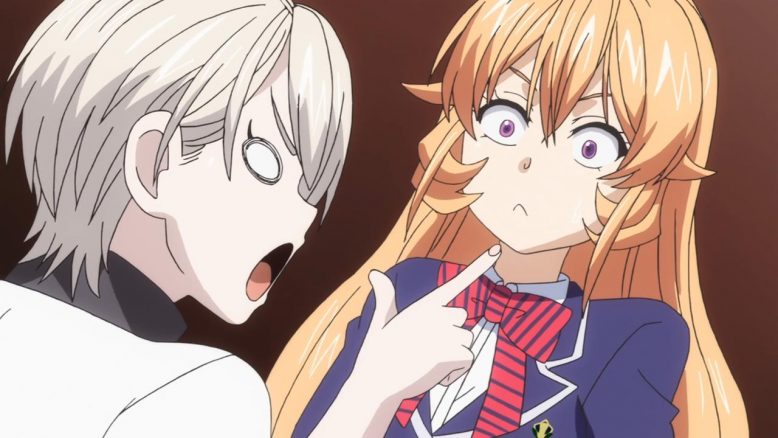 But while I’ve mused often about why exactly this franchise has never truly achieved the success it rightly deserves, one thing is certain: The only thing keeping Shokugeki no Soma going as an anime franchise is the fact that it gives significant boosts to the manga, sales wise. And if you look at it all from that particular perspective, then this first cour of Shokugeki no Soma, and all its decisions make a lot of sense.

I mean, just look at these last two episodes, which primarily focus on an initial off the books bout between Soma and Elite Ten, First Seat Tsukasa Eishii.This is the part of the story that the show really wanted to get to, since its a good way to cap off the first part of this season. In the manga, this initial battle between Soma and Eishi comes out of nowhere, and serves as a kind of check-in for both Soma and the ongoing battle with Central. 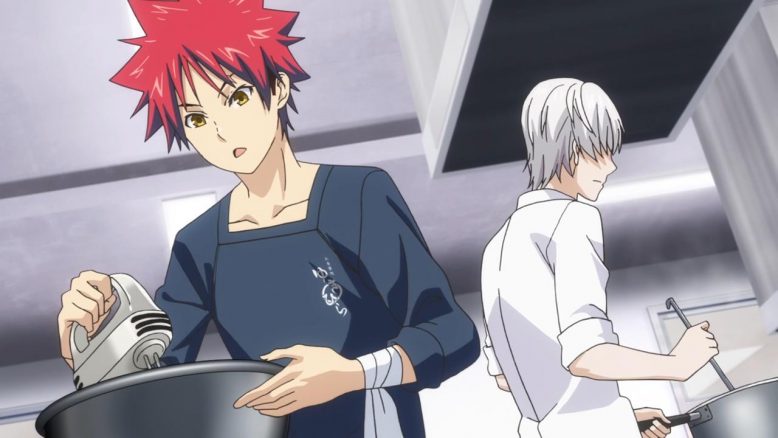 Its quite clear, from these two episodes and this battle, that Soma has a long way to go before he can take on and defeat the man at the top. But as Soma himself spells out, while the journey to the top seems long, its not impossible. And that really was the purpose of this little competition between Soma and Eishi, just that. The show, on the other hand, has kind of made this whole battle a bigger deal than it probably is in the grand scheme of things.

For one thing, everything about this match up is very predictable. Soma was never going to win against Eishi this early on in the game, there simply wouldn’t be anyone else to really take his place. No, this entire contest was more or less about establishing and building up Eishi as the major opponent that Soma has to rise up to face. But by positioning this whole tangent like story as the main event of the first part of this season, the show has not only done that story itself a disservice, but really rushed through one of my favorite arcs, in the Moon Festival Arc. 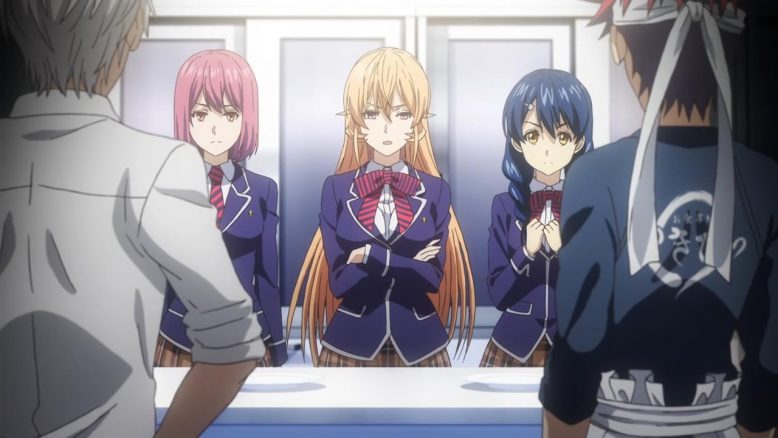 Yeah, I’m still not over that one, as I’d rather have skipped the whole Ryou battle and a few other minor things like Azami’s whole rise to power, and instead focused in on that arc. The problem, of course, is that while JC Staff and director Yoshitomo Tonetani are fine with speeding up the story here and there, there’s never any interest, it seems, in rewriting or reorganizing certain things.

Generally, I’d applaud that sort of reverence of the source material, since its rare that any manga be given that sort of respect. Its that respect, that got Shokugeki no Soma to season 3 after all, but I think while that respect is great, it doesn’t serve the story in this particular situation. See, the ideal state would be one where Shokugeki no Soma has enough episodes and enough seasons to slowly and nicely tell the entire manga’s story. The fact that we have situations like a split cour and what not, all contributes to a story that’s not being told in the ideal conditions. 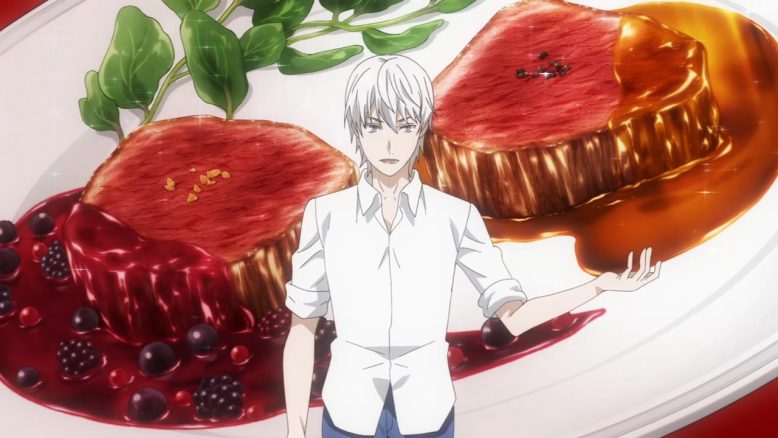 So, given all that context, I think the battle itself between Eishi and Soma is, at least a fun one. There’s no surprises here, Soma does something creative again, and uses Japanese Snacks in conjunction with high quality meat, and creates a new form of a French Venison dish. His work is definitely impressive, but it can’t compare to the mastery that Eishi has, in every ingredient he chooses and with the care that he takes in his cooking. Soma loses, but in doing so, Eishi backs off from his original claim. The claim, where Soma had to join Central as Eishi assistant if he had lost.

Some might see this as a bit of a cop out, but thematically, it makes a lot of sense. If you view this entire battle as a sort of detour from the main story, then it simply establishes the difference between Eishi and Soma. Simply put, these guys could never work together, as their cooking styles are really at odds with one another. And so, after this whole activity with Soma, Eishi realizes that and basically backs off. 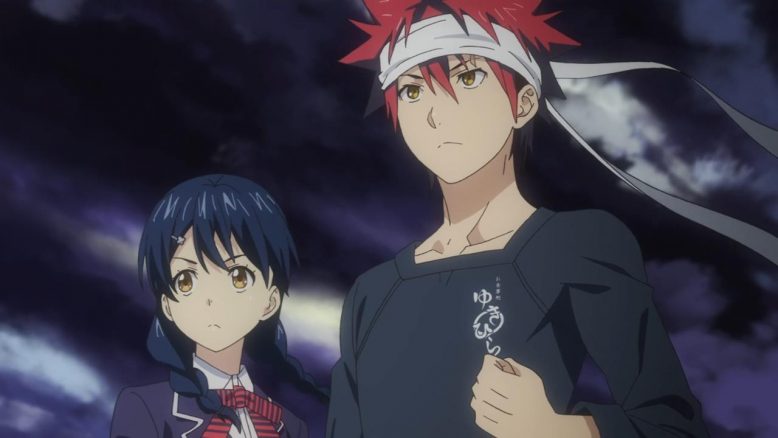 And that battle, for what its worth, is still more or less intact. It takes two episodes, and generally speaking, the anime adapts the manga’s story quite well here. Its what happens afterwards that I think, is the real scary thing.

After Soma and Eishi’s battle, we’re treated to a montage scene of Megumi and Nikumi emerging victorious in their particular Shokugeki’s for the defense of their clubs. That’s not sped up or anything, its actually something that the manga breezes over as well (Thank God!). The issues, start to emerge right after those two Shokugekis, as the anime almost seems like it skips over a MAJOR arc in the story. 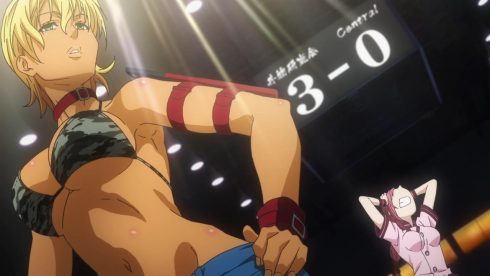 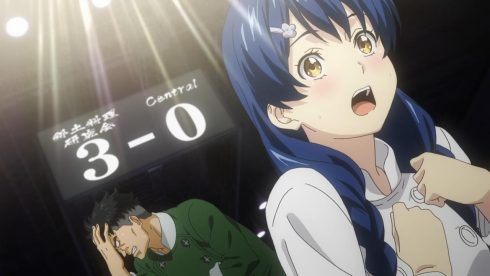 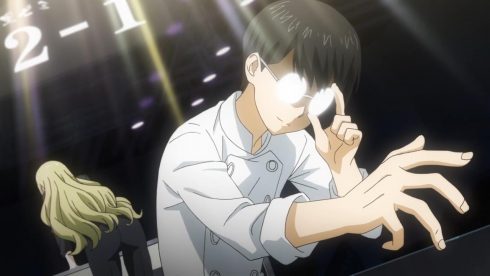 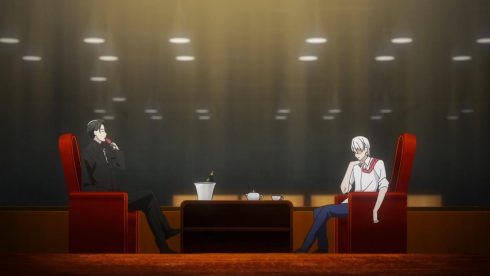 I’m going to hold off on specifics, simply because I think the show might still cover it, but if not, then a huge and interesting story arc, will be more or less skipped over. And the importance of said story arc is paramount, because it actually puts the focus on Erina and helps develop her character quite a bit. I’m not sure if the whole scene with Azami coming to the Polar Star Dorm was meant to just cap off the season on a bit of a cliffhanger, or if the show is actually moving forward in time.

Regardless, in the manga, . (Edit: As MCAL pointed out quite aptly in the comments, I was misremembering things) Azami doesn’t actually meet with Soma at this point. The meeting and reveal of Azami’s connection to Joichirou actually happens earlier in the story, right after Soma’s Shokugeki with Eizen. And the whole conversation between Eishi and Azami? It actually bleeds right into the next arc that I fear the anime is going to omit or cut out huge chunks from. As for why this rearrangement happened? My suspicion is that the show just put this scene in there, in order to create some kind of exciting cliffhanger. I hope so, and the fact that the key visual for part two of this season features a scene that relates directly to the arc that the show seemingly skipped over, definitely is a positive. 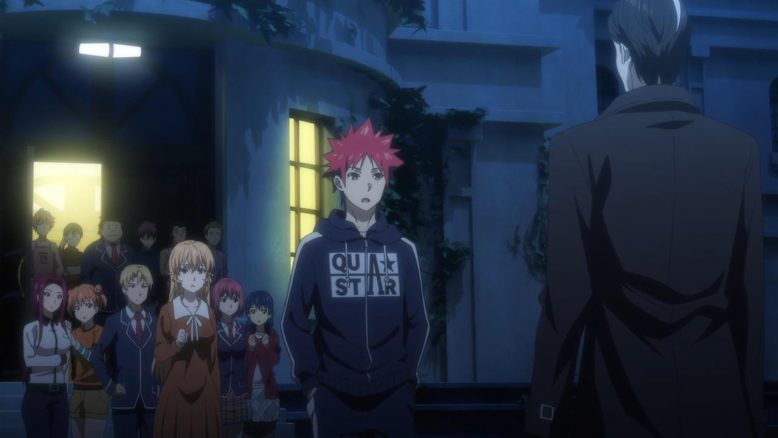 In the end, I think this whole season is really a victim of wanting to create an exciting experience that will lead people to read the manga. Sure, you could wait a good three months to watch the continuation of what went down here. Joichirou’s past and connection to Azami and that whole burning question of how Joichiour was RUINED is a tantalizing one. For a lot of people, I assume, this cliffhanger will actually lead them to read the manga, and basically catch up. Waiting is really hard after all, especially when questions like these are raised and seemingly are ready to be answered by the source material.

Here’s the thing, I actually don’t know the answer to those questions. The part where I actually stopped was pretty close to here in the manga. I was pretty close to catching up with the manga at this particular juncture, so I stopped in order to let the chapters pile up. Then, the anime was announced, and so I just decided to wait and see the whole thing animated. 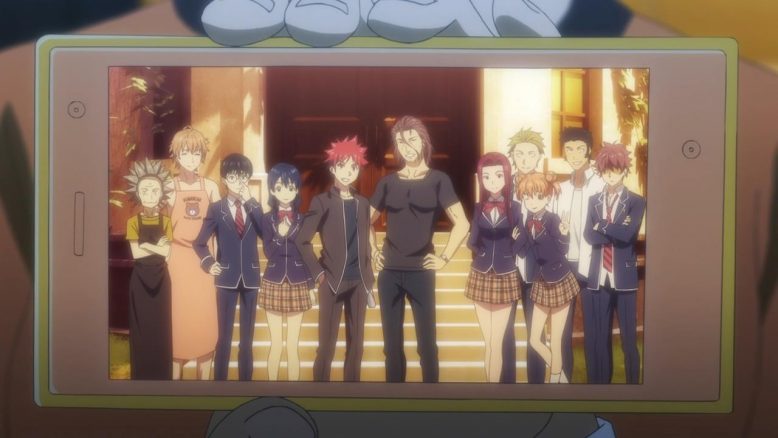 In some ways, as a manga reader who wants to go past the parts that he’s already read, all the decisions that the anime has made while adapting the manga, are probably to my benefit. Maybe that is the case, but what I like about this franchise is the story. I want it to be done and animated properly, and the fact that this season was a bit of a mess, was quite frankly, pretty disappointing.

I’m hoping that, when we rejoin this series in April, things improve. There’s some really cool stuff coming, and I hope that the show doesn’t just skip over and get to that, without putting the work in, story building wise. 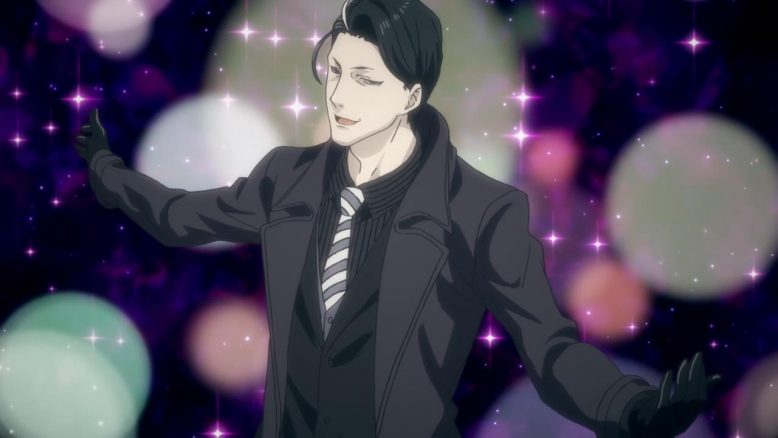 So yes, If you’ve been reading my posts on Shokugeki no Soma, then I will definitely see you April. I apologize for missing a week, as things in my personal life got a bit crazy. I will say that seeing Shokugeki no Soma go, when I expected to have it as a constant in my life at this point, is a bit upsetting. But again, I’m glad we’re even getting this third season, so as long as there’s more coming, I think I’ll be okay.