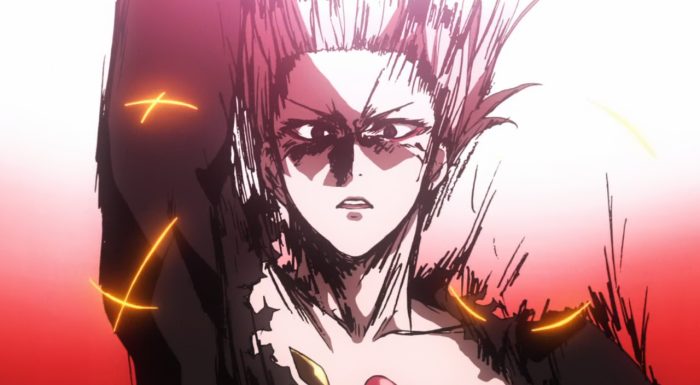 Well that was a pretty darn intense episode! They just threw all the fights at us this time around. You can definitely feel the ending of the show approaching in an episode like this. There is no more holding back and instead we can simply watch these servants go nuts with some over the top abilities. It is one of those episodes where I’m not really sure how to rate how good it looked. It was either amazing or horrible. For an episode like this it isn’t surprising to see the show go for a more ‘loose’ style in order to just animate all the action going on. There is no doubt the effort was there this week. I’m just impressed they managed to get all this action going on within the confines of a single episode. 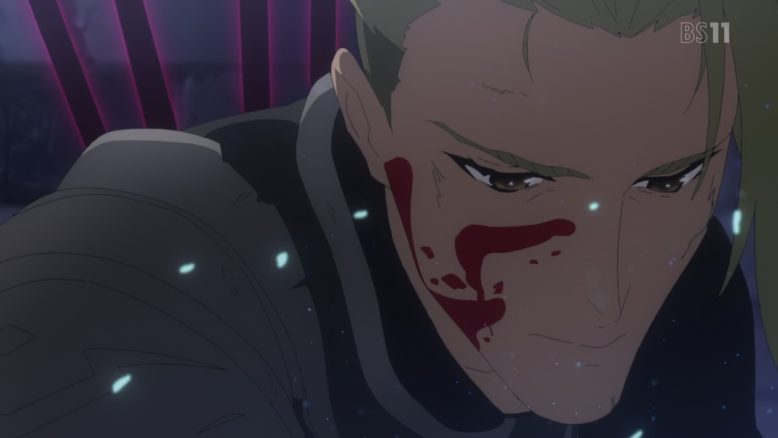 I think the highlight moments in this episode go to Achilles and Karna. They got some real moments to shine and show their qualities as heroic spirits. While obviously Karna being a roadblock was a problem for Sieg and company…he at least did a fair amount of good. Karna was about the only servant who gave enough of a damn about his previous master to request someone save him. Plus he didn’t even go for the easy kill and instead came up with a deal to get the duel he wanted. I can honestly respect the guy for what he managed to accomplish. Karna got the fight he wanted, got those other masters rescued, and took his loss with class.

Of course a lot of credit as well goes to Achilles for what he managed to do here. He followed the request from Chiron and gave the support that Astolfo and Sieg needed for victory. But more importantly he followed his heart and made sure to keep Atalanta from continuing down that dark path. She was just utterly turning herself into a rage-filled monster and someone had to stop her. I’m sure Jeanne could have put a stop to her, but perhaps not in a way that would have saved her spirit. Someone who truly cared about what was going to happen to her needed to be the one to stop her. It wasn’t the most involved fight of the episode, but I did like seeing the efforts Achilles put in. He was a pretty likable guy overall and he had nice interactions with Chiron and Atalanta. 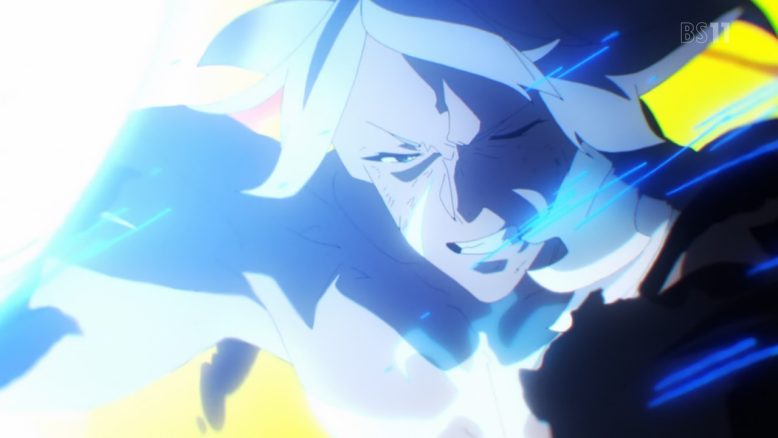 The clash with Sieg and Karna really was a case of “holy smokes, crazy stuff be happening.” It is a wonder the whole floating base wasn’t destroyed with those two unleashing insane attacks over and over again. It is no wonder that a noble phantasm that could create ‘a world’ was needed to tank Karna’s extremely powerful attack. That guy was never lacking in the power category. It’s no wonder that it required the power of Siegfried, Astolfo, and Achille’s noble phantasm to stand even a chance of winning.

Maybe the most interesting thing though was it allowing Sieg to have some personality. He has been a pretty bland character overall to this point. But just the idea that he wanted to protect Jeanne from Karna and that he wanted to see her again, says a lot. It’s hard to care about someone who doesn’t care about anything. But if nothing else Sieg does at least care about what happens to Jeanne. I’m not sure if he’ll be a really likable character by the end of this, but at least he’s growing into a person along the way. 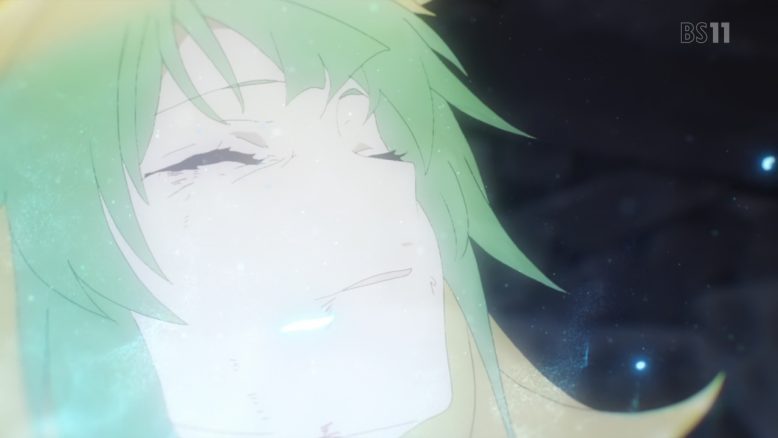 It should be interesting to see how things turn out from here. There aren’t many servants left at this point in time. Though there are still plenty left to make things interesting. The most dangerous wild card honestly is Mordred. Not really sure what happened with her after she tried to KO Assassin with a plane. She must be hanging around that place somewhere and is probably the threat that Assassin was waiting for and one she couldn’t afford to face while Jeanne was still there. It is silly that she was offered a role of Empress in the world Shiro was trying to make. A fair point being made that a world that was ‘saved’ wouldn’t really need a supernatural Empress to rule over it.

We already know the threat level that Shakespeare poses. That guy’s ability to create dangerous mental attacks is well established. He could create a real problem for Jeanne who needs to move forward. She has a pretty rock solid mental state, but anyone would be troubled when facing the traumas of their past. We shall see how she handles it and what role Sieg may play in that. I presume that Mordred will take center stage for the next big battle, but who knows. We may actually get an update with Shiro who is still hanging out in the grail without many updates as of late.