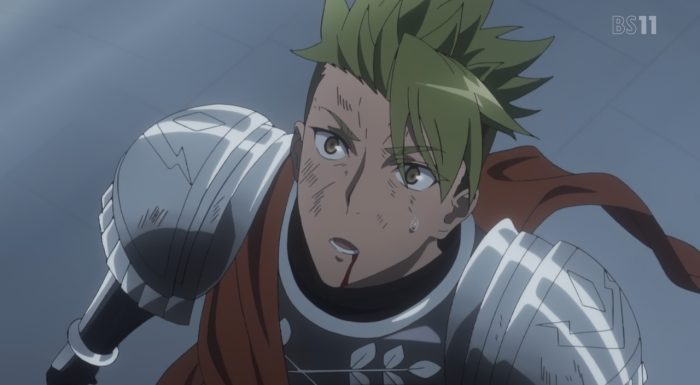 We are definitely moving into the last part of the show now. The battles have picked up a notch and we’re starting to see some costs from the battles. It was a surprisingly rough going for Astolfo despite actually managing to remember the noble phantasm needed for the mission. Maybe that just shows how darn powerful that floating fortress really is. Even with some advantages going for them…things just aren’t going to be easy. It was a pretty effective noble phantasm though for this kind of situation. That gave them a handy defensive screen and the ability to stay mobile and avoiding attacks from Karna. Of course it didn’t keep Sieg from having to transform and face off with Karna. Honestly that is a situation that could go badly since Karna is darn powerful and Sieg can only keep up fighting like that for so long. 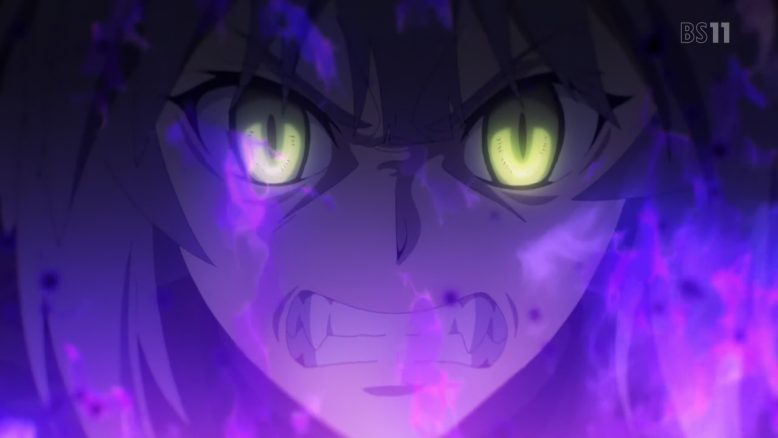 I think she might be getting carried away here

Atalanta…has just gone nuts. Honestly has she just plain forgotten that she killed Jack’s master and shot Jack in the back? Jack the Ripper was going down regardless. What were they supposed to do? Just hang out inside that area for days until the conflict was resolved? That wasn’t going to happen and frankly Atalanta did more harm to Jack than Jeanne herself did. She just can’t handle the idea of taking down someone like that. Kids are unique and frankly deserve the care they are given. But this was a servant and a serial killer. Someone had to bite the bullet and settle that conflict.

But regardless, Atalanta doesn’t really care. She’s clearly going over the deep end. No idea what kind of noble phantasm she’s using here, but it clearly will have consequences. She had to do something ridiculous or there was no chance of doing harm to Ruler. Those arrows weren’t going to do the trick. Though of course the end result for Atalanta is likely still defeat. Jeanne still has things to settle with Shiro and probably more interactions with Sieg before the story is over. So…that woman is going to lose and we’ll see how things shape up afterwards. 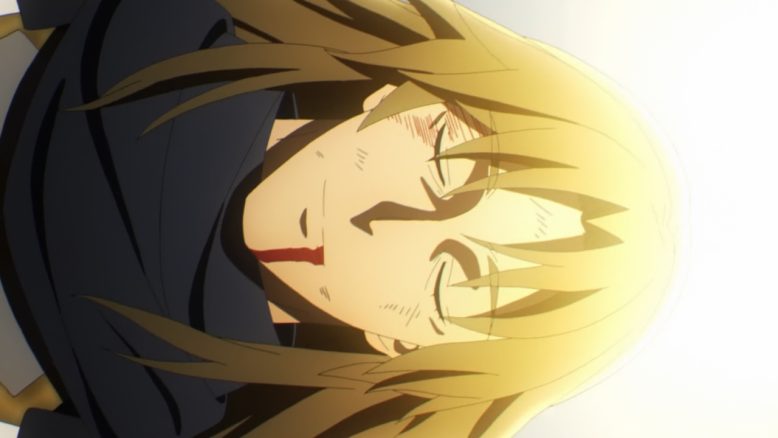 They did give a nice full showdown for Chiron and Achilles. It was a pretty enjoyable fight and did have a solid conclusion. In some ways I did think Chiron would win, but it was fair enough for Achilles to get the edge and come out on top. If he couldn’t win that fist fight after using his noble phantasm…that would have been pretty sad. And I suppose in the end it was just a couple warriors who wanted to compete and see which would come out on top. It was a kind of strange move of course for Chiron to make that request and then snipe Achilles from a constellation XD. Though apparently he’s still pretty cool about listening to that request since he is going to talk to Astolfo instead of…you know killing him. 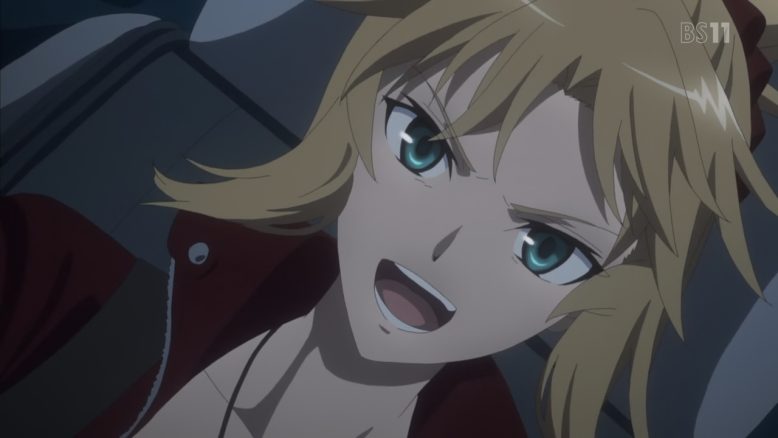 I’ll give Mordred some credit…she’s willing to use anything for a fight. Not many would decide to just fly a plane into an enemy servant, but she’s good with it. I am going to enjoy seeing her and assassin clash. She is the type of person that Mordred hates the most so there won’t be much hesitation in taking her out. The goal is the grail and Mordred is one person who hasn’t forgotten about it. She isn’t all that worried about what Shiro has planned…since she plans on taking the darn thing for her own uses. 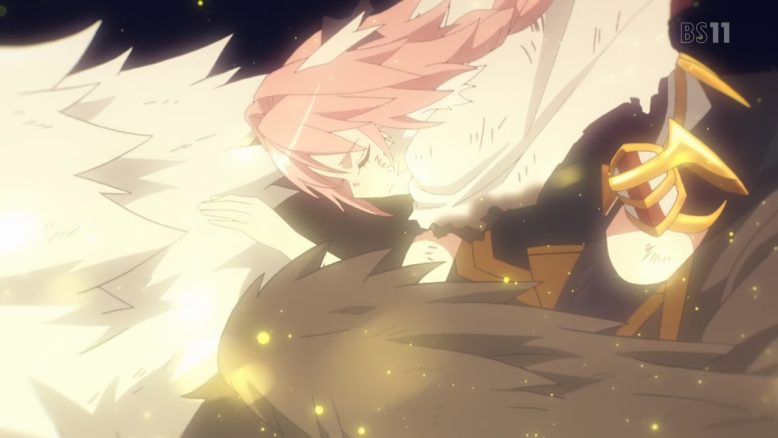 I’m still not sure what Shiro’s plan has to do with anything. Chiron apparently figured it out, but I’m still lost. Materializing souls doesn’t really seem to relate to ending conflict in all honesty. In the end I’m sure he’ll explain his own plan when confronted later. For now we can look forward to some more conflicts. Next episode is probably going to focus more on Atalanta vs Jeanne and dropping one more servant from the mix. I’m just hoping it turns into a solid conflict and maybe we get some more development from Atalanta before she is defeated. I’m sure we’ll see some more from Sieg vs Karna, though it might not be the focus of the episode.