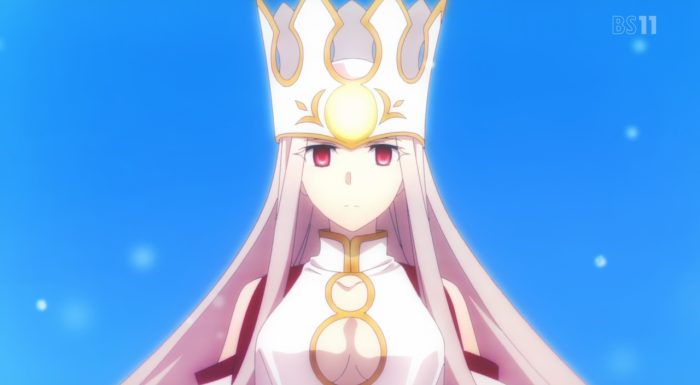 And so the final battle gets underway. It took a bit of time, but now we’ll see how things shake out. Not surprising that they haven’t even landed on that flying fortress yet. It will probably take a bit of time for them to break through the defenses of assassin and the other red servants. Hopefully Astolfo will be able to remember that noble phantasm and assist when the time is right. That nervousness basically gives away that the name still isn’t there yet, but presumably he is still hoping to remember it when the pressure is on. Otherwise…things seem to be going alright. Chiron is holding off Achilles just fine, while Ruler is handling Atalante and Semiramis. Sure, it’d be nice if Astolfo can do something about that flying fortress, but for now it isn’t a bad situation for them. Now Karna joining the fray would be problematic. 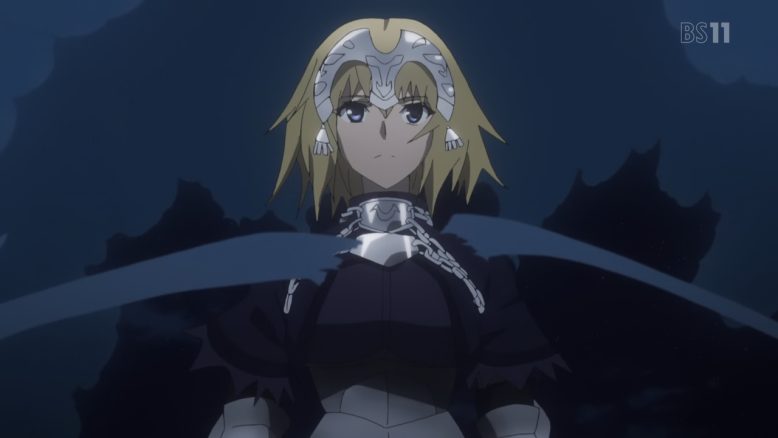 I’m not sure why they were so worried about Atalante shooting them down during an attack…she’s not that dangerous. It seems like Jeanne can handle her attacks just fine. Appears all the easier for Jeanne to deal with at this point because she is so hot-headed and angry. To the point that she acts like Jeanne considers herself a saint when the character has often stated that she doesn’t consider herself to be one. The situation behind Jack the Ripper was unfortunate, but someone had to stop them. Clearly Atalante hasn’t looked up anything involving school bullies and juvenile justice. Some kids can do horrible things.

Regardless, Atalante is pissed and will be gunning for Jeanne. I do love the simple belief that isn’t even cockiness when it comes to Jeanne. She just states how impossible it is for Atalante to kill her. They are on different levels. The Ruler class alone creates a huge gap and you have to combine that with Atalante not having a lot of raw power. The big trick that archer has shown so far is being able to spam arrows. Now that can probably do a great deal of damage to some enemies, but it isn’t going to impact Jeanne that much. But maybe she has some kind of trick in mind and isn’t just being stupid. 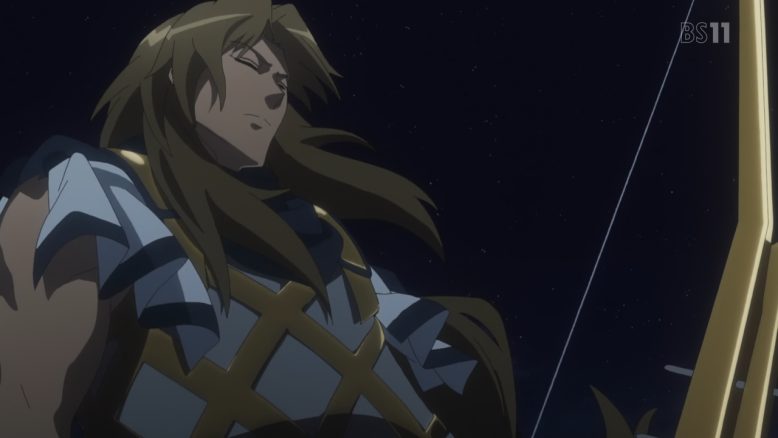 This episode just gave us a nice bit of action in the skies. It wasn’t anything too spectacular, but it was kind of entertaining. Certainly an unusual set of circumstances with Chiron having to jump across airplanes since Achilles continued destroying them. I sure hope though that they also had golems flying the planes and not just prepping them for takeoff. A pretty expensive plan here with so many decoy planes. It worked out pretty well though since Chiron was able to use his precognition to destroy that chariot. Of course these two are going to have a showdown and focus their attention on defeating each other. I’m kind of surprised they have so much determination for this. Sure they knew each other in life and had a connection, but it doesn’t seem like an antagonistic relationship that would force them to duel. 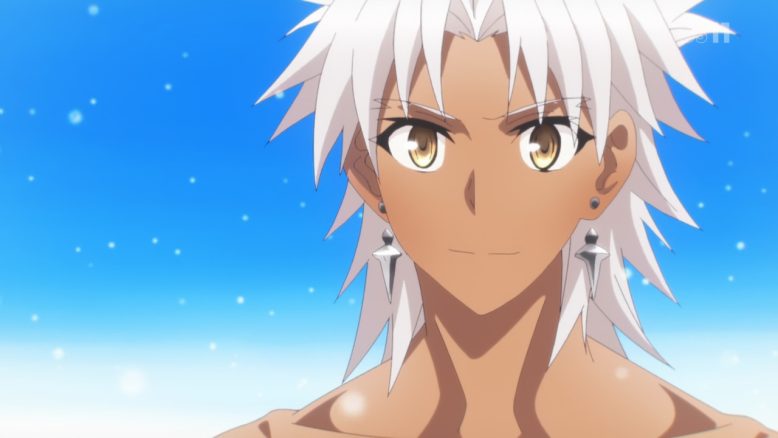 I have no idea what Shiro is planning right now. I mean what does materializing human souls have to do with anything? How exactly is that going to save humanity or do anything else? Of course I’m sure the next episode will answer that, but for now it is a mystery. It does make sense that someone who has tried to abandon his hate and anger could make it to the depths of the grail. He probably knew what to expect going in. No worries in that case of falling short and losing himself. Well maybe until he finally confronts Sieg who for whatever reason seems to anger him. 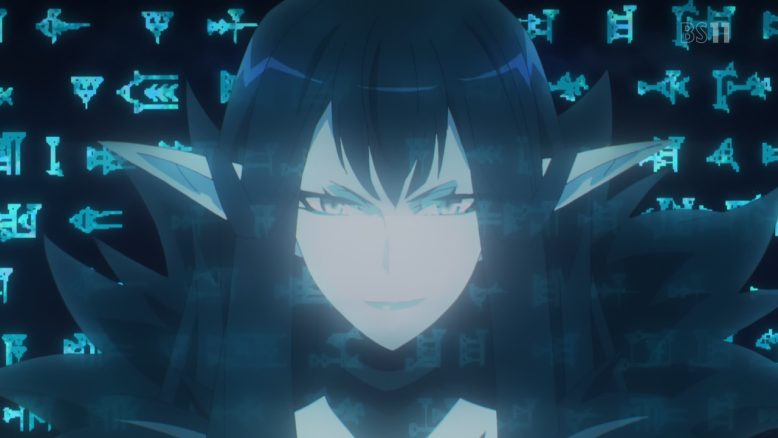 So for now we’ve got the stage set for a big fight. There won’t be any turning back now. We’ll see what Shiro’s plan really entails and frankly how all the characters feel about it. I’m sure there will be some emotional drama, some shocking developments and hopefully some good action as well. Just have to wait and see.