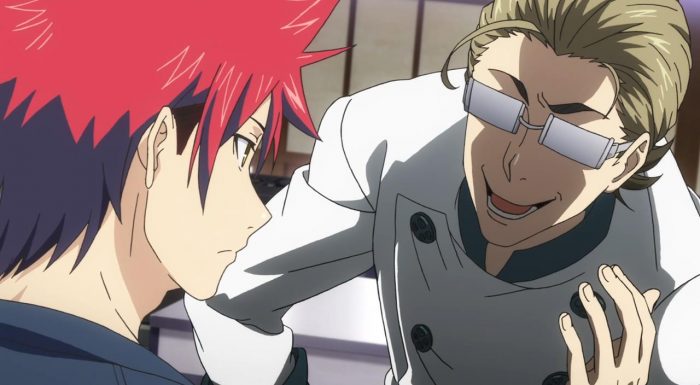 For all the nay sayers out there, this week’s Shokugeki no Soma was at the very least, a step in the direction towards bring the fun back, wasn’t it?

I’m sure the last few episodes have, at the very least, worried some long time fans of the franchise. The absurd concepts and changes to the Shokugeki formula, whether its in Totsuki or the cooking battles themselves, may seem like a misstep for the series. If this week’s episode hints at anything, however, its that Shokugeki no Soma at least has a plan. 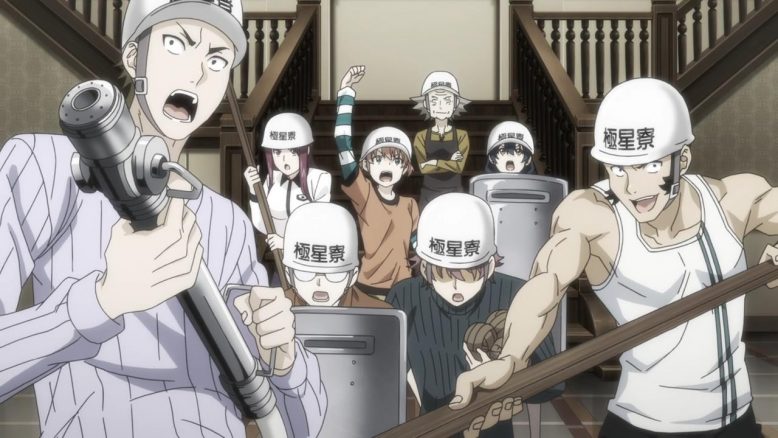 There’s a point to the whole establishment of Central, and to making things so darn dire for Soma. This week’s bout with Eizan is, among many things, a pay off for those willing to endure some of the recent crazyness that the series has thrown at its audience, thus far.

If nothing else, after how bullish, arrogant and downright despicable Eizan was last week, I can bet good money that it was great to see him fall so spectacularly this week. I myself, particularly enjoyed his extremely frustrated and hilarious faces (which seemed like the guy had gotten the most epic constipation ever) as Soma slowly but surely owned him in the Shokugeki. 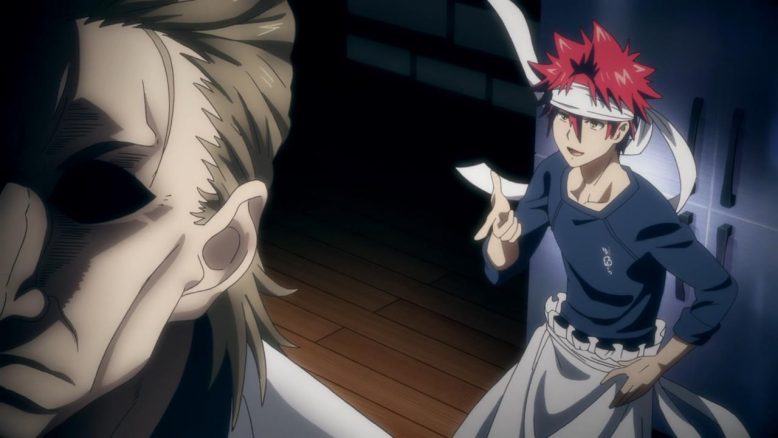 The clash of ideals between Eizan and Soma, which dominated the cooking part of the episode, has been at the center of the series as a whole. Eizan cooks in a very traditional Japanese way, where the natural flavor of the base raw ingredients (in this case the chicken meat) are held to high esteem. There’s an almost sacred respect for the flavor of the meat itself, and any addition of complex sauces or multitudes of flavors is seen as “B-Grade”.

I for one, however, LOVE the idea of Soma’s style of cooking. If nothing else, Soma’s cooking is creative, its fun and its experimental. It takes all these crazy ideas and flavors and creates something truly unique and new. It doesn’t go for conventional wisdom, nor does it hold any one idea as sacred. In Soma’s cooking, there are no rules, just limitations that are meant to be overcome. 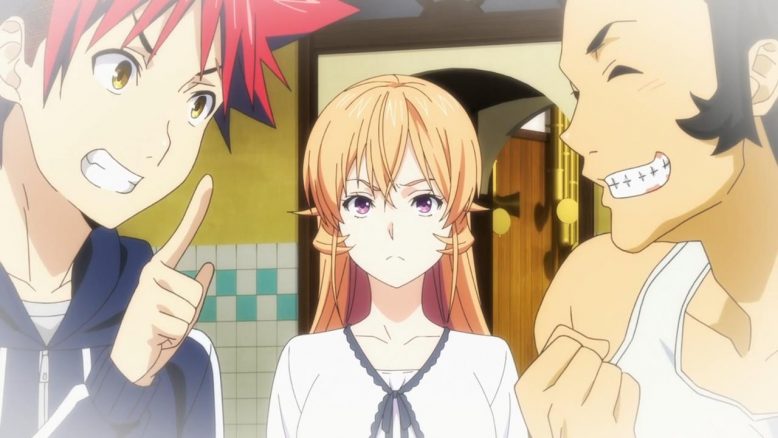 Which I think, also goes back to the Polar Star Dorm and its philosophy versus the philosophy of the more snobbish parts of Totsuki. Even Erina herself, is coming to realize that all this “taste and flavor” stuff that she’s come to think is the “right way”, may not be the only way.

And in the end, what Shokugeki no Soma is driving at now, is that cooking isn’t just some kind of process to create a good end product, but its an art form in itself. Its a creative and expressive medium where the chef is the artist, creating a piece that is meant to illicit emotions and feelings from those who experience their food. 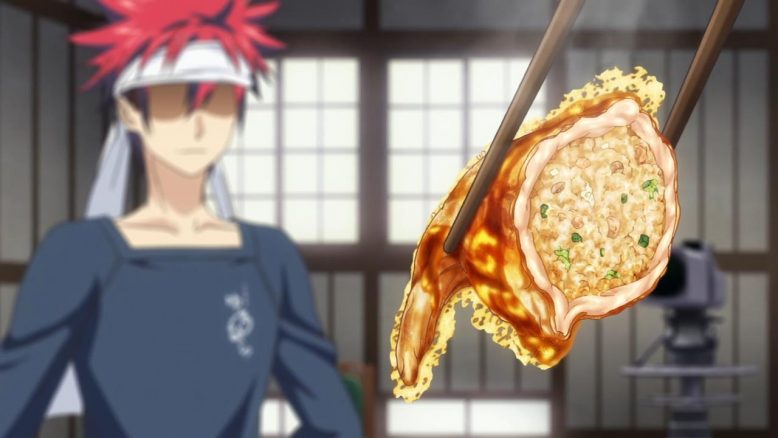 Its no surprise, therefore, that Soma is picking a fight with Central. Central’s whole “One proper way” is anti-creativity. There’s no freedom of expression, no divergence, and no surprises because of the whole “There is this one way” mentality that Central ascribes to.

That’s the theme that Shokugeki no Soma is starting to explore, with the absurd backdrop of having Totsuki be run by the rather oppressive Central. Eizan being taken down by Soma is just the beginning, and I think as we move forward, the whole reason for using an idea like Central, will become clear. 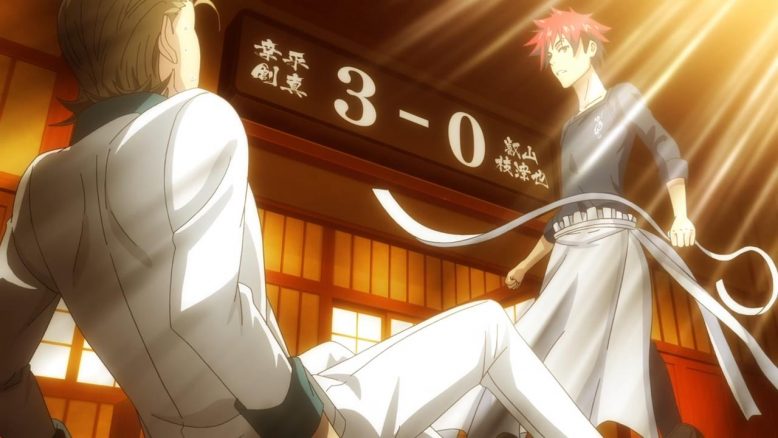 For now, I’d say this was a pretty darn good episode for the series, and the first in a while that I personally felt was paced properly. I think the one theory I’ve had thus far about the pacing may be ringing true. When it comes to a Shokugeki itself, the rushed pacing that dominated season 2 of the franchise, actually works rather well.

The problem then, may very well be in the setup episodes for this season. If the show continues to rush from Shokugeki to Shokugeki, then we may be in for a bit of a more uneven experience. The setup itself needs to be slow, careful and meticulous, and I just don’t think you can rush through that part of the story. Once we reach a shokugeki, however, well… I think this week’s solid episode is evidence enough that a slightly faster pace can actually work quite well.