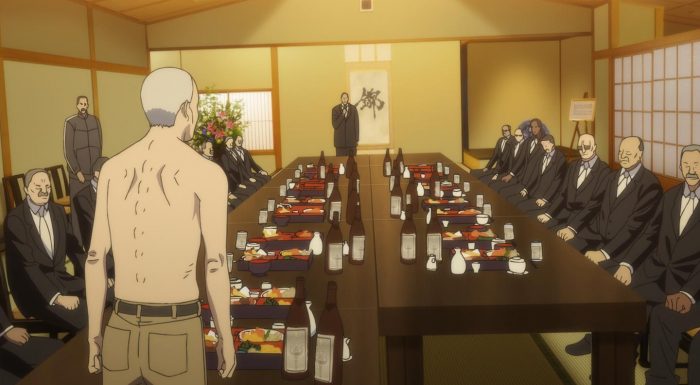 Is this show actually a power fantasy? That’s the question I asked myself as I finished up this week’s Inuyashiki and… I have to say, there’s a lot of compelling evidence to support that notion. 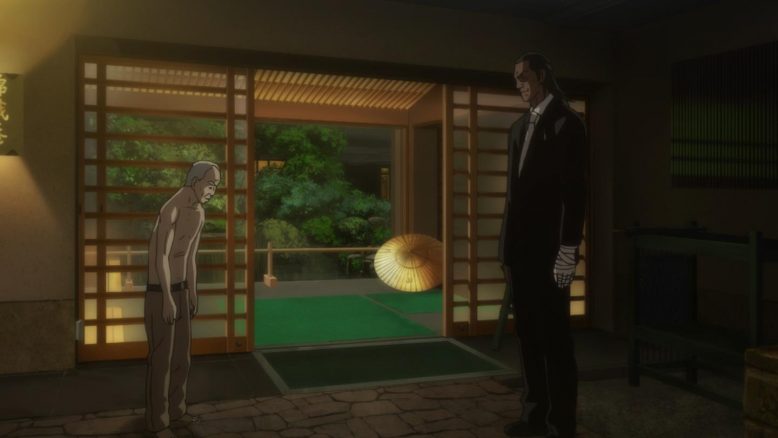 It all starts and ends I think, with the main protagonist of the show, Ichirou Inuyashiki himself. Ichirou is the very representation of a meek, weak and timid human being. He’s old, he’s super nice, kind and non-confrontational, and in any actual reality, he’d be the last person that you’d expect to help himself, let alone someone else.

To that end, there’s something so darn gratifying about seeing a genuinely kind and decent human being like Ichirou being given these awesome powers, and using them for good. And Inuyashiki as a show, does the whole Ichirou saving the downtrodden thing exceedingly well. We saw that in the first episode with the homeless man and kids, and this week featured another solid storyline of a young couple needing the old man’s help. 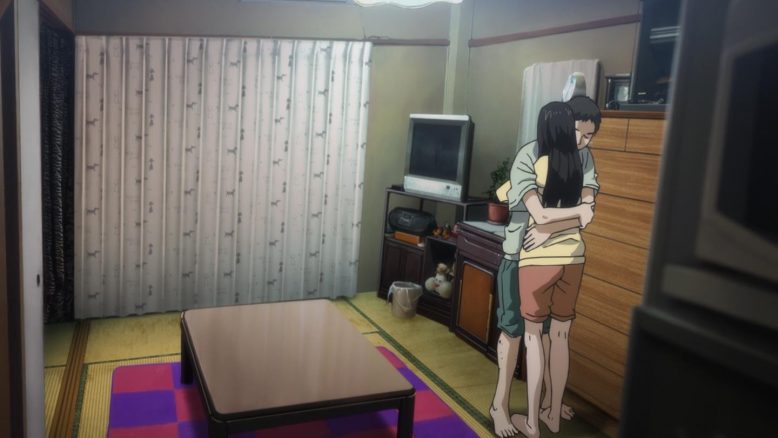 The story of the beautiful young girl who’s happy with an “average” guy, becoming the obsession of a twisted Yakuza, is a pretty standard one. As you’d expect, the girl in question Fumino and her boyfriend/fiance are really likable people. They’ve done nothing wrong, and they just live their lives together, content and happy. And of course, as soon as it seems like things are going well for the two of them, in comes tragedy in the form of a Yakuza named Samejima.

I have to say, that beyond the standard stuff, the stuff that I don’t appreciate so much about Inuyashiki is how darn graphic it is. Look, I get that this is coming from the same guy who created Gantz but… I can’t help but feel that extremely graphic scenes of violence, sexual assault and what not, just don’t help me appreciate the story. I’m all for shock factor and what not, but I don’t think the show needs to give me a close up of the action, even to the degree that it does. 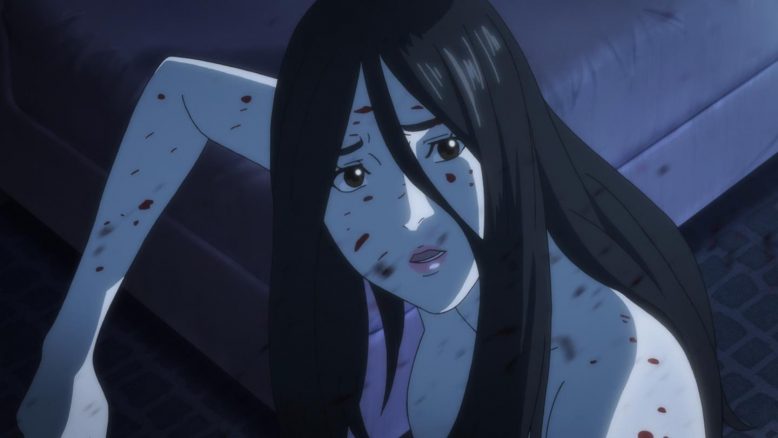 Yes this is no Game of Thrones or Spartacus, but I still think that Inuyashiki can tell its tale by implying what’s happening, or doing things off screen, rather than the in your face nature. The rape, the violence, it doesn’t really add anything to the story. Samejima is a scumbag, and seeing him do viscous and deplorable things, doesn’t make him any more detestable. Just the fact that the guy kidnaps a woman, and proceeds to try and force himself on her, is enough.

But Inuyashiki, it seems, wants to be an “adult” story. Wants being the key focus here, because I don’t think the violence and cruelty we’ve seen on screen thus far really argues for any sense of maturity. The graphic stuff is just there, in a rather awkward and often times off putting way. And this coming from the guy who enjoyed and even rationalized Berserk’s rather gratious use of the same stuff. The difference here is the fact that the violence, the sexual content, it just doesn’t add anything meaningful to either the world building or the characters. 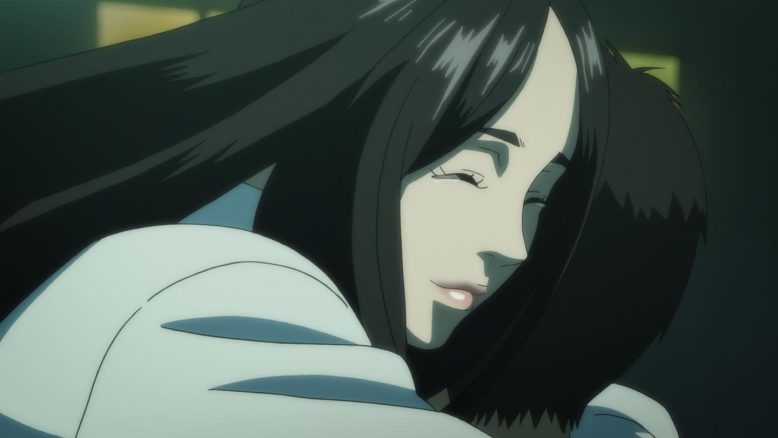 Beyond all of that, I’d say that this week’s episode of Inuyashiki was definitely better than what we got last week. Ichirou actually being able to save both Fumino and her boyfriend Satoru was a nice change of pace, especially given the fact that this show seems like it’ll always lace the good with a dose of tragedy.

It’s also becoming incredibly clear that, as well-intentioned as he is, Ichiro is barely pulling off the whole “hero” thing that he’s set himself out to do. The fumbling and odd, generally uncool way in which Ichirou continues to fight is entertaining to watch, but it also shows just how unprepared he is too. There’s no plan or larger approach to Ichiro’s heroics, and it really does feel like he wings it a lot more than he should. 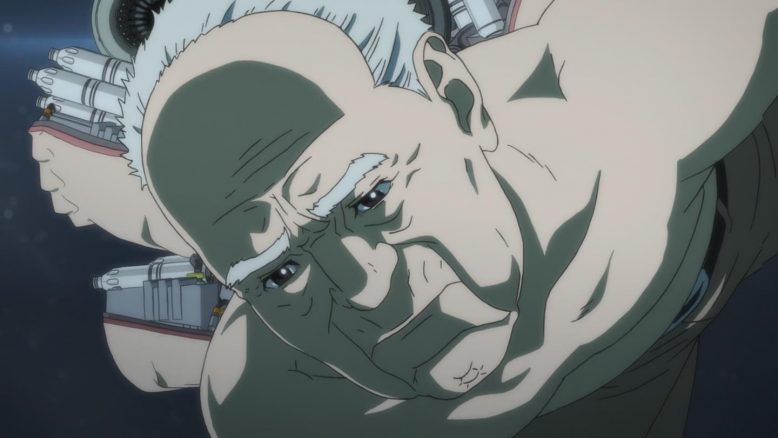 There’s a real danger of said heroics coming back to bite Ichiro, whether its putting his family in danger, or actually getting enough attention to be hunted by the authorities and what not. Plus, while Ichiro may be invulnerable, the people around him are not, and its in losing them, that he himself may run into despair. Speaking of despair, its worth mentioning just how painful and torturous Ichiro’s punishment is for the Yakuza that take him on.

I’d go as far as to say that the state that Ichiro puts the Yakuza in, is a fate worse than death. I mean, they’re completely paralyzed and blind, and basically trapped in a body that’s going to be basically a flesh prison. That sort of cruelty, even to Yakuza, was a bit intense for me to see. You could argue that scrum like that deserve it, but I think there’s a fundamental problem when one human begins to dish out judgement and punishment by themselves. 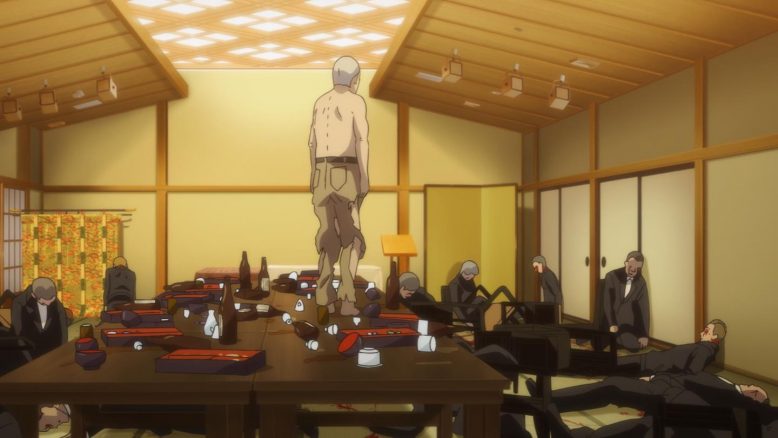 To that end, I think the show is also showing us that Ichiro, as humble and nice as he is, isn’t impervious to the corruption that results from power. In a sad way, its similar at least, to the merciless out of bound killing that Hiro commits. The difference here is that Ichiro’s morals and ethics actually match up with what you’d consider to be “okay”. Evil people who ruin other people’s lives deserve to suffer? I don’t think a human being, especially a kind one, could make a snap decision to immobilize and mutilate their enemy, no matter how heinous.

Now, having said that, I will say that this week’s episode did feel a bit disjointed from the general narrative. We still don’t really know what the key conflict for Inuyashiki is going to be, or if the show is just going to tell us small self-contained stories with Ichiro and Hiro in them. If this week is any indication, that may not be such a bad idea, after all.