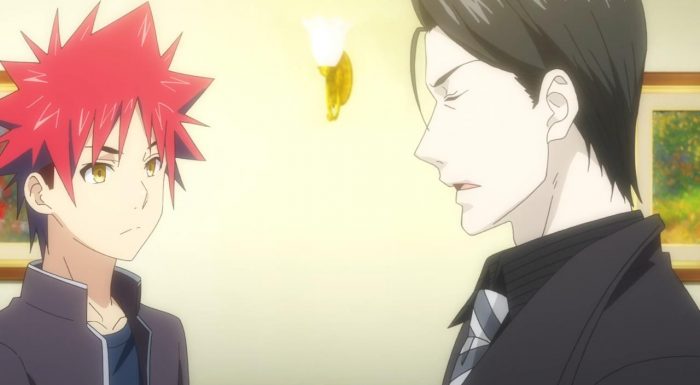 Jeez Shokugeki no Soma, its a marathon, not a sprint. This week featured another flurry of events collected into an episode, and as we keep brisking through manga chapter after manga chapter, I can’t help but feel like there’s a lack of elegance to the whole adaptation affair. 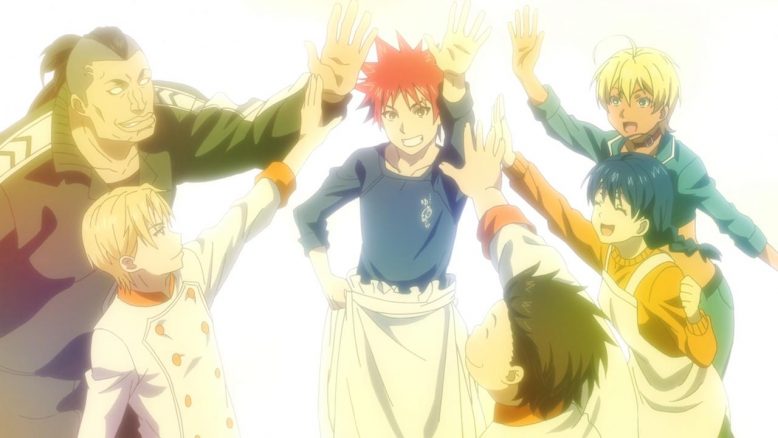 I was super curious this week, so I actually took the extra step of going back and re-reading the exact manga chapters that were adapted and animated this week. And by my count, we had a whopping 4 chapters worth of content in this week’s episode. Going by previous seasons, that’s pretty darn insane, and its no surprise that Shokugeki no Soma feels like its rushing through things this time around.

Having said that, I truly do believe that the point that the anime was rushing to get to, was the one we got to at the end of the episode this week. Its at this point, in chapter 134 of the manga, that the series undergoes a rather seismic shift and transitions into a different tone for what I assume will be the rest of this series. And at the forefront of this big change, is a new figure that we saw this week, Erina’s dad, Naikiri Azami. 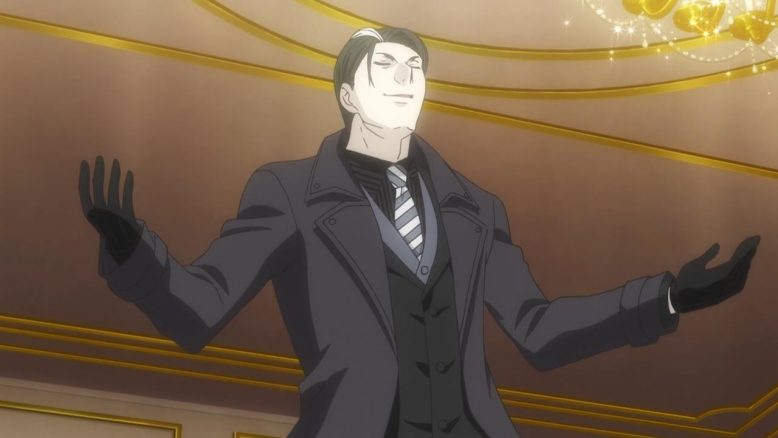 Azami is, I think, Shokugeki no Soma’s big bad. If there was ever going to be a series antagonist, I’d say Azami more than fits the bill. And I say that, considering just what we saw this week and how in a few short moments, Azami more or less changed everything about Totsuki, and tilted the school’s focus in a particular direction.

Here’s the thing, Totsuki has, since day one, been a bit of a pretentious place. There’s the whole cutthroat nature to it, the distaste for the “common” man and his common food, and the fact that Totsuki isn’t interested in being a place of learning as much as a place that prepares exemplary chef that are more like craftsman than anything else. 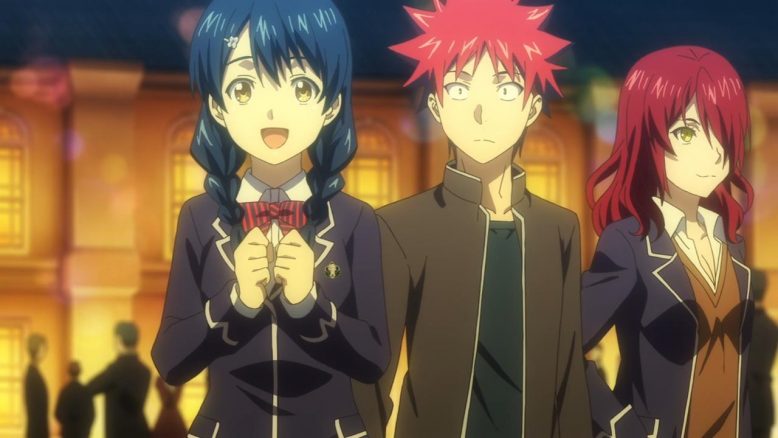 And since the outset, I’ve always found issue with the fact that Totsuki doesn’t care about its somewhat weaker students. Not everyone is a genius, and I think the value of an educational institution isn’t in teaching those that are already naturally inclined to do something. No, instead I think the real value of education is in teaching those people who don’t have a natural talent or inclination for something, and who can then be brought up to a point where they too can excel, through hard work.

So in a sense, there’s always been this tension in the very DNA of Totsuki. The school wants to be a place of learning, but it also favors the talented and the naturally gifted, giving them extra resources, benefits and favors to the general student. The Elitism in the school isn’t just promoted, its flat out celebrated with concepts like the Elite Ten. And as anyone with a brain will tell you, elitism, pride and arrogance is never something that should be rewarded, let alone set up on some kind of twisted pedestal. 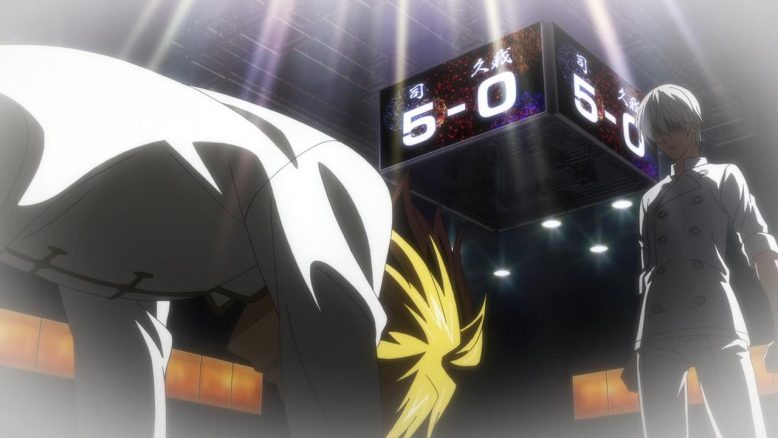 The moral implications aside, this week shows us the practical folly of this particular facet of Totsuki’s culture and society, specifically with Azami. Azami, for his part, is all about that elitism, to a near shocking and outlandish degree. He doesn’t just think the herd of chefs should be thinned, he feels like fine dining itself should be enjoyed by a select few. In Azami’s weird and twisted world view, good food is simply something for the most educated and highly selective elite to enjoy. Everyone else? They’re just animals who should be fed as such.

Its that kind of view, that makes Azami easy to dislike. Is it over the top? Yeah, but Shokugeki no Soma has never been a story that has had subtlety when it comes to its antagonists. And yes, I get that Azami as a character is a bit hard to swallow, and his opinions are so outlandish and evil that it almost borders on cartoony. But that’s the scary thing isn’t it? Its not actually all that strange for people like that to assume power and flat out ruin the state of things. 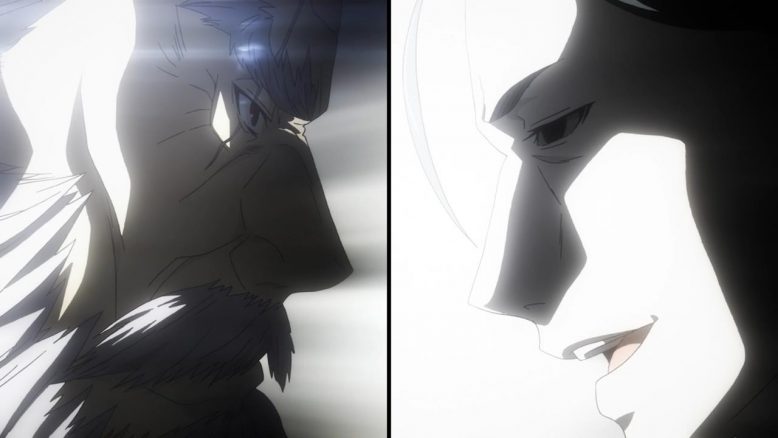 In a strange way, Azami’s whole rise to power, is very relevant to the political climate today. I won’t get into politics too much here, but my point is that bigotry, elitism and selectivity is something that can and does even, reign supreme, even if it shouldn’t.

And the reason that selectivity even happens, the reason Azami goes from being a so called “Exiled” Nakiri, to the new chairman of the entire school, is because of the Elite Ten. See, to my earlier point, the Elite Ten is a really broken system. Talented students can make for very proud representations of a school, but talent in cooking doesn’t necessarily mean talent in governance. The fact that these Cooking geniuses have enough power to alter the state of the entire school, is something that was never going to end well. 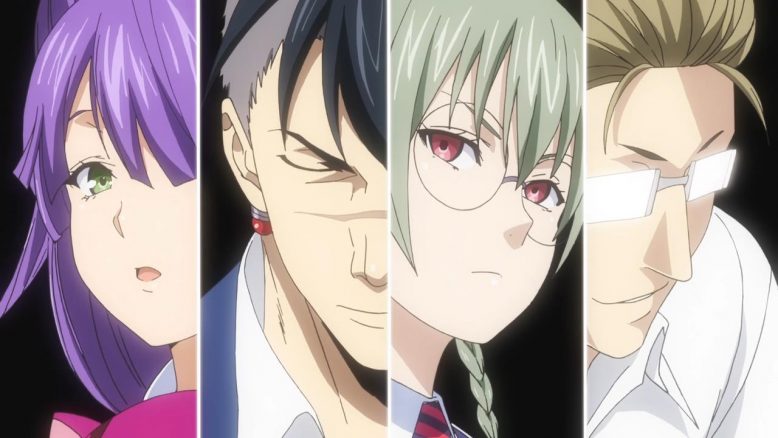 Geniuses and people who are passionate about a specific field, have tunnel vision. Its no surprise, therefore, that when Azami brings forth his elitist rhetoric, that the most Elite students in Totsuki flock to him and support him. When you’re at the top, and you don’t care about anything but being there, empathy and care for everyone else flies out the window.

That’s what we get this week, we get a big moment where Azami Nakikiri takes the reigns of Totsuki, and as to what that means? Well that’s for next week and the rest of the series to focus on. 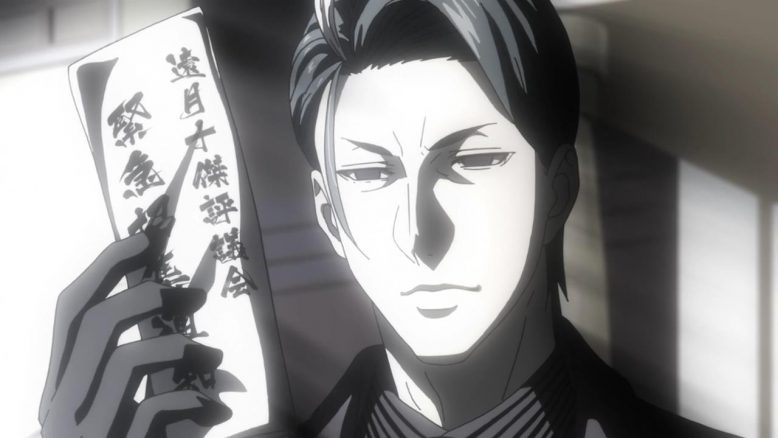 So… Before we head into that scary new world, its worth examining why the Moon Festival arc, that pretty much ended in the first half of this episode, was so important. See, the Moon Festival arc was the last “fun” arc before things get serious for this series. It was very much the calm before the storm, the breather and feel good arc before everything turns dire and before Soma and the rest have a truly difficult challenge to face.

Personally, I’m a bigger fan of arcs like the Moon Festival arc, but I do realize that Shokugeki no Soma couldn’t have just kept doing those arcs. If anything is to survive in today’s climate, especially in the entertainment industry, then there has to be change, innovation  and evolution. Azami Nakiri and his whole shift, represents Shokugeki no Soma getting out of its comfort zone and trying something new and dangerous in the process. Will it succeed? I honestly don’t know. 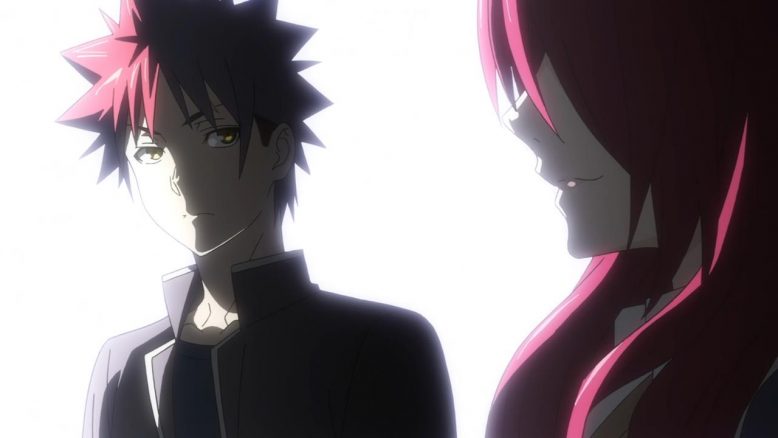 I’ve read partly into the whole Azami arc, and because of that, I’m not really sure if it ends properly or if it has even ended. So it’ll be interesting to see what happens when the show catches up to where I was at. The show is rapidly adapting things to the point where I wouldn’t be surprised if we reach that point at the midway point of this series.

But I suppose I’m veering off topic a bit. The last thing that I think is worth talking about is Erina, because its no secret that she’s going to play heavily into this upcoming story. Its at this point, that Erina’s character is starting to get fleshed out and the reason for how twisted and messed up she is, is coming into play. With a father like Azami, its no surprise that Erina is as uptight, arrogant and messed up as she is. But there’s not just Azami, there’s also Soma’s dad who seems to have made a real impression on Erina as a child. 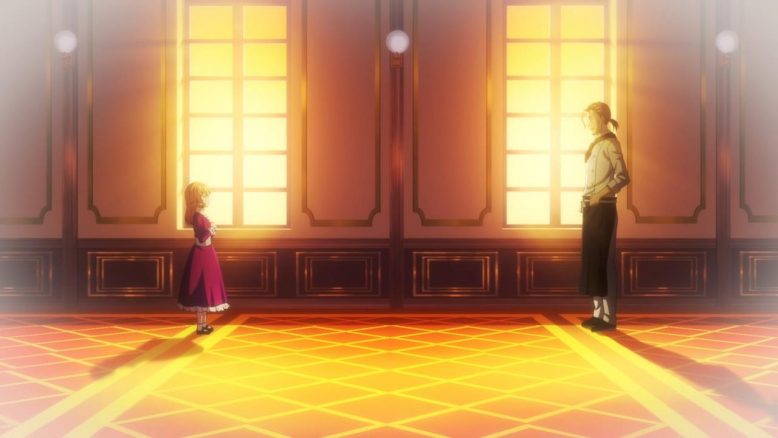 The open seat in Erina’s restaurant? Its not reserved for her dad, any of her friends or event her grandfather, but for Soma’s dad. That, in itself, shows just how important the older Yukihira is to her, and how much of a role that connection is going to play into the main story for the series. I don’t want to say anything more than that, so I suppose its worth ending that particular discussion there, for now.

So… As a whole, I think the episode covered a lot this week, overwhelmingly so. We had the first part of the episode wrap up the Moon Festival arc, and we even had a moment with the Elite Ten’s Number one, before we dove straight into Azami and the big shift.

The fact that I didn’t event talk about the whole White Knight of the Table part of the episode, should itself clue you in to the fact that there was simply too much to discuss and talk about here. Any other week, the meeting between Soma and Tsukasa would’ve been the headline moment of the episode, and for all intents and purposes it should have been. Things are what they are though, and the show is pretty much taking us to the part of the story that its so interested in. 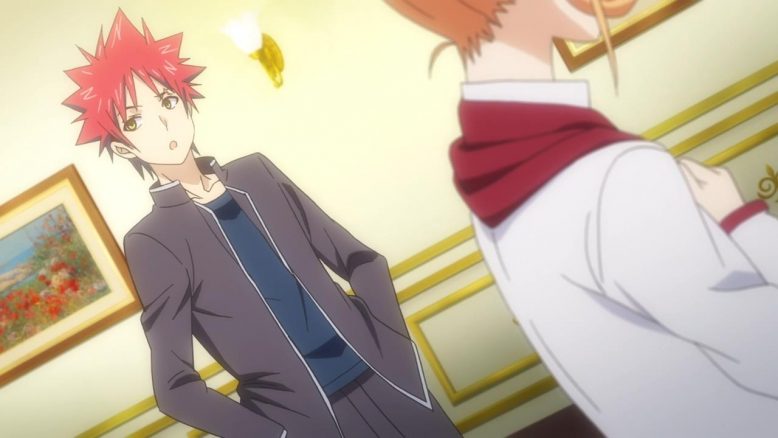 And now, five episodes in, we’re there. We’re at the point that will rule and determine the story for what will be a long time, and I think its at this point, that Shokugeki no Soma can pump the breaks a bit and settle into a pace that adapts 2 or 3 chapters an episode. My sincere hope is for that to happen, otherwise, I think, this third season is going to go down as the season where things got a bit too fast for comfort.