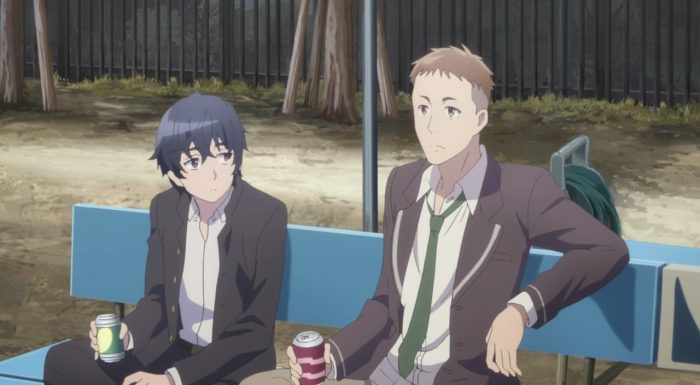 This was the kind of first episode that slowly eased people into it. There was a lot for the episode to cover with it trying to give some basic introductions to the main group of characters. We really only got a feeling for most of these characters. They did spend a bit more time with the MC Eita and his friend Haruto. Their reunion was probably the most involved interaction between any of the characters and a solid place for the show to focus on. It is a good barometer for how things might go for Eita and other former friends. These two were pretty close in the past, but it took a bit of time for them to really open up at all. Honestly that makes sense, it isn’t easy to just pick up with someone you haven’t contacted at all in years. 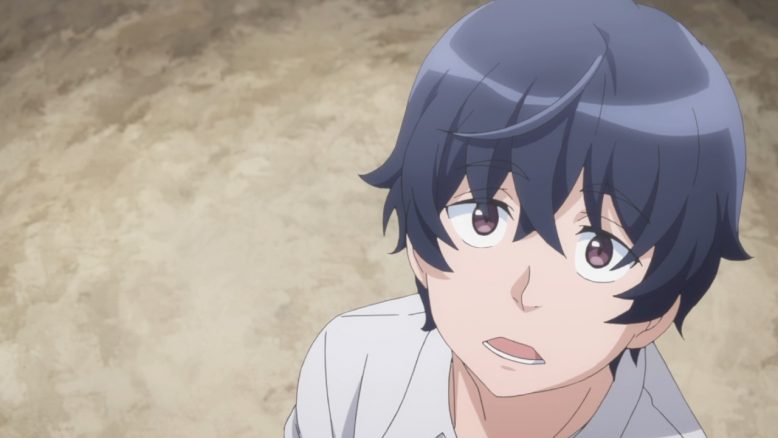 I could really understand a lot of what Eita felt there. Not in the respect of moving around since I really only had to do that when I was really young, but how easy it is for things to pass you by. Eita didn’t have it in him to just jump onto a baseball team considering the timing of when he moved in the first place. Then when he finally got to high school, he hesitated at joining up since he hadn’t played in a while. Before you know it a few years have passed and he’s moving right back to this school. Life seems incredibly long even when you are in school. But a few years can pass in the blink of an eye.

Losing contact with people is an interesting dilemma. Honestly I don’t think it is that easy to lose track of someone if you really try to keep in touch. There are people I haven’t seen in years that I can still text or chat up. It just depends on the effort you put into keeping in touch and maintaining those connections. Though I suppose if you are really busy and pulled into a new environment it can become easy to just stop sending messages. Good for Eita and Haruto that they did get this chance to reunite. Through their playing of a bit of baseball they also managed to open up some more. It has to be beyond strange to be close, lose connections and then slowly try to reconnect. I doubt this one episode will be enough and they will need more time. 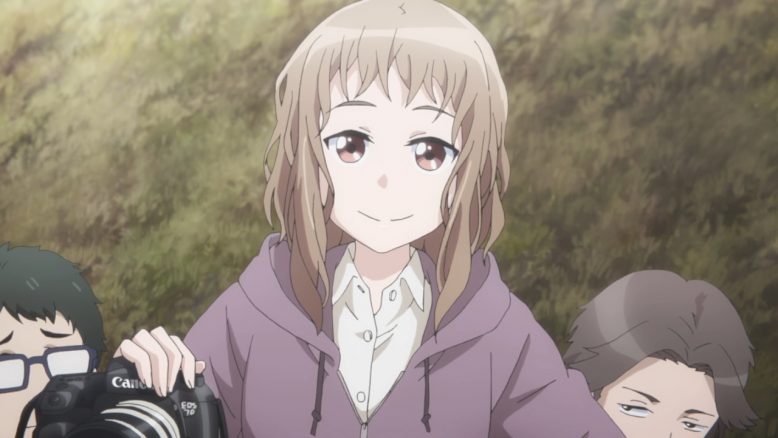 Just a photographer and her lackeys

But there are a lot of various connections and interactions we get to see in this episode. Indirectly there are a few connections formed between Eita and Ena the photographer girl. Her outburst did cause some interruptions during his ‘introduction’ with the Vice Principal. She was the one most curious about there being a transfer student and did take a lot of photos during that little bit of batting practice. Ena also at least has some connection to Mio the former Student Council President. It was her sending a photo to her that drew her attention to that scene and let her know that Eita was back.

There is clearly a past as well between Mio and Eita. She was someone that Haruto knew to specifically mention to Eita was at the school with them. At the very least she cares enough about Eita to remember him almost instantly from the picture she got. Now I know there is more details out there about the current status between all these characters. I’m just trying to approach this from what this episode is giving us.

The obvious presumption as well is that Haruto is off to confess to the Hatsuki, the girl who was playing the trumpet. There doesn’t seem to be many clear connections between her and the other characters. She does have her friend that we also met along with the younger members of the school band she was part of. But other than Haruto’s clear interest in her, she seems to stand alone. Which kind of fits since she is a pretty quiet person. This is someone who can’t even bring herself to openly ask someone to get out of the way so she can leave. I can relate to being a quiet member of a school band though XD. I doubt his confession will go smoothly (not enough drama that way), but best of luck to him. 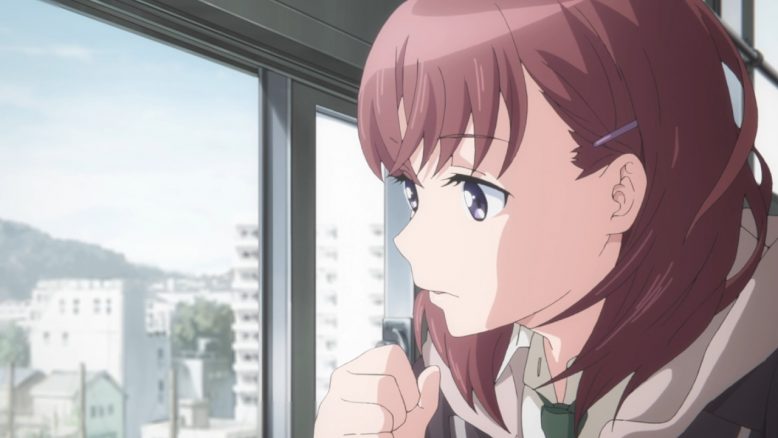 As a whole it was just a decent, but not shocking first episode. We got eased into it with meeting a variety of characters. You can feel that the pace overall will start slow. Things may rapidly escalate as the time crunch to graduation picks up for these characters. Eita’s return should be a kind of launching point for things that remained static or just allowing something new to begin. Obviously not every character here is a childhood friend of Eita so he will be rapidly making new bonds while attempting to reconnect with those he did know. What I will say though is that his father’s job has terrible timing for making him transfer schools. It’s just never at a comfortable point in time.

I’d say this was a solid and stable first episode. Visually the show isn’t shockingly good, but I do like the amount of movement we do see with the characters. It is still pretty undecided what I’m going to cover this season. But I’ll definitely be watching the next few episodes of this one. This was a decent starting point and they can move forward from here.