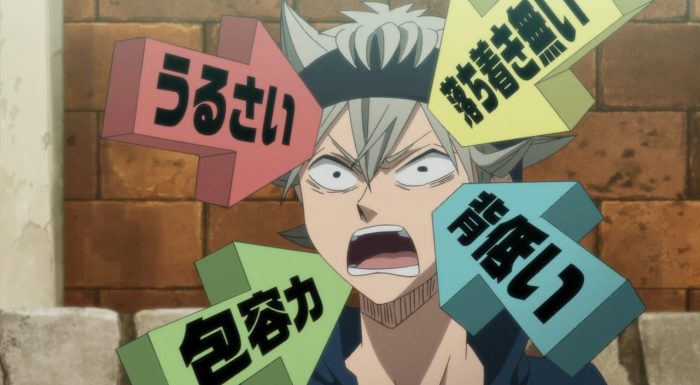 Oh my….Well this was a memorable first episode for me. The plot itself isn’t that original, but it isn’t a bad setup. On the other hand Asta is quite the main character. There aren’t that many times when I watch a show that I have to stop and think “that voice is insufferable.” Now I’m not going to throw all this on Gakuto Kajiwara. There is probably some direction involved and he was picked for this role. But wow…Asta’s voice was kind of painful. I’m the kind of person that most times I’d rather watch the anime of something than read the manga. The music, voice work, animation, it all just brings something to a story. But wow Asta is a reminder of the upside for manga. You can just read and imagine whatever voice you want. You don’t have to worry about a voice bothering you. 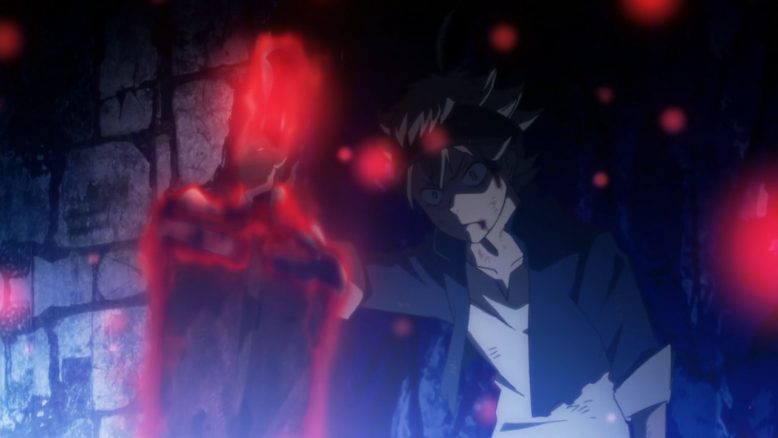 There’s a good moment for him

Just the way that voice gets weird when he holds a word or a yell is uncomfortable to listen to. It’s like some kind of horrifying bird or creature. It’s no wonder no one likes Asta. Besides how his voice sounds when he yells….he’s always yelling! Has no one ever told this guy to shut up or use an indoor voice? Plus he’s kind of like those annoying people that call you up to ask for donations. I’m sure that is the point, but wow his confession dragged on. There’s being determined and there is being annoying. You can expect the guy is going to mature a bit as time goes along. Though I have no doubt he’ll remain a hot-headed type of person. Just hope I can keep hanging in there long enough to see that happen.

Moving on to other aspects of Asta….he’s pretty standard. He is the hyperactive kind of MC who is kind of an idiot, but is hard working. He puts in a lot of effort to his physical condition which is impressive. Certainly isn’t a bad guy, but is pretty annoying to those around him. His stance of wanting to show that anyone can achieve something great through effort is laudable. He’s pretty wrong on that front, but it’s a commendable stance. 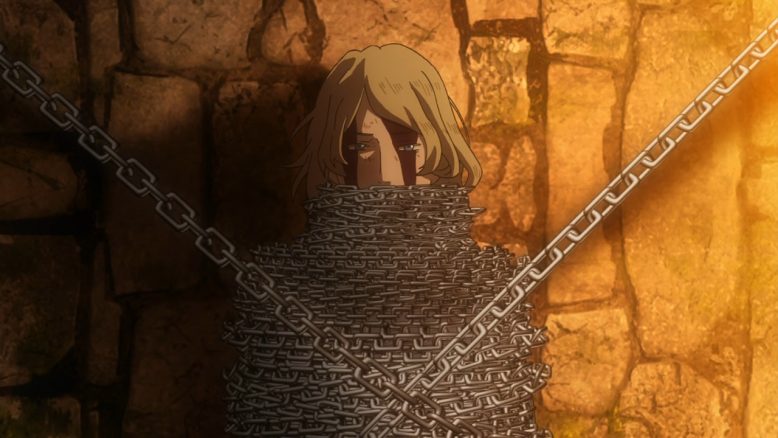 There isn’t that much to say about the first episode. His rival is a curious existence and one I do want to find out more about. He’s a weird kind of person. Yuno seems to respect Asta, but doesn’t care to ever show it. The scene near the end with him confronted by that former magic knight was interesting. He seemed entirely calm about the whole situation, but utterly failed to defend himself. Plus I don’t get why he decided to try and show up Asta with the wood chopping. He didn’t even stick around to actually chop any more wood. Asta ran off, Yuno went inside, and no one chopped wood for that day! I just don’t really get the guy. He is an interesting kind of gifted rival in that he does actually see the MC as his rival.

It was fairly satisfying to see those nobles get stomped by the villain. They were being pretty stupid about the whole thing. Even if Yuno didn’t steal the show at that ceremony, they weren’t going to stand out. They just got normal looking books and talked themselves up a bit. It was hardly as if Yuno stomped on their moment of glory. And it does make for an interesting situation where people are aiming for the kind of grimoire that Yuno has. That should make his life a bit more complicated as the story moves along. 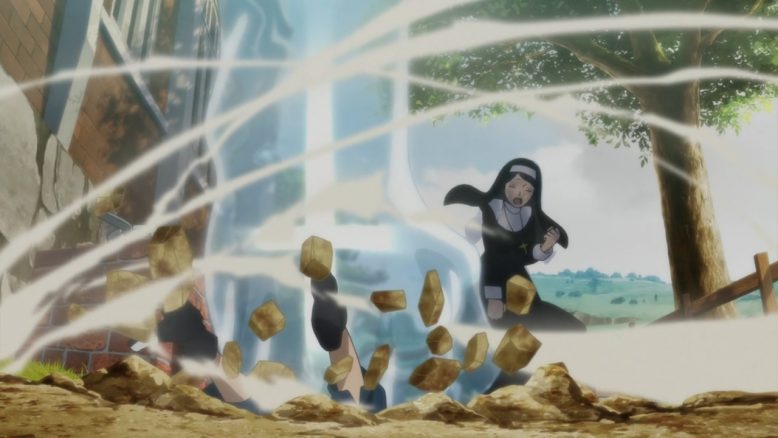 I get her feelings here

This was just a really normal first episode for a shounen series….minus the main character’s voice. In general the plan isn’t to pick this up to blog full time. I’m going to try to keep things to a comfortable level this season and won’t pick up a ton of shows. Plus I feel like if I did pick up this show that I’d just be complaining about the MC too much. A voice is not the entirety of a character after all. This was a pretty standard first episode. We got a small picture of the world these characters are living in, the importance of magic, the unusual condition of the main character, etc. If nothing else the next episode should be fun in seeing Asta stomp this guy with his anti-magic abilities.