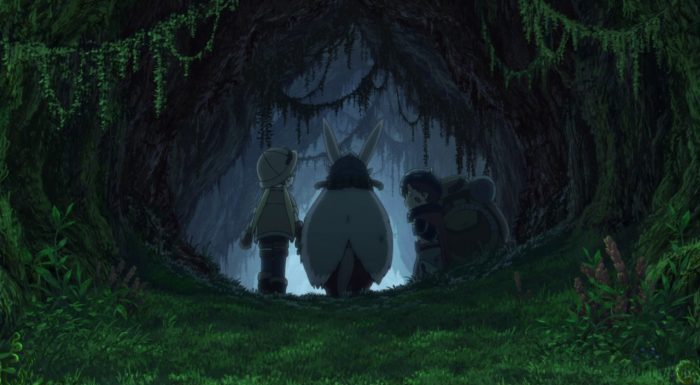 If there were any viewers who thought that Ozen was exaggerating when she warned Reg and Riko to be most wary of the White Whistle Bondrewd and claimed he was an out and out scoundrel … well, I hope this episode put that idea to rest. But I will spoil a little bit more here regarding any (hopefully) future seasons of this series – this episode only shows the tip of the iceberg. Seriously. Bondrewd is … well … you will all see. Or if you don’t want to wait and have a strong heart please do check out the source manga (which is excellent, of course) and see for yourself. I think you will agree neither Ozen nor I for that matter are blowing things out of proportion. -_- 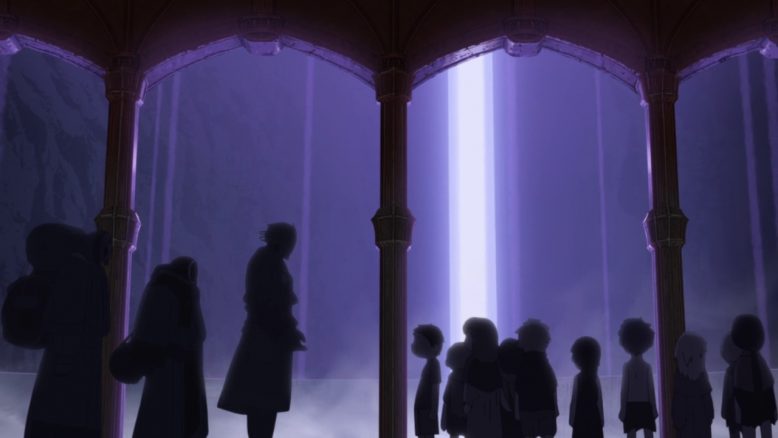 This episode was the promised double length episode, and primarily focused around the backstory of Mitty and Nanachi – both before they came to be Hollows, how that took place and how they came to be where they are now. The main vehicle for all of it, of course, was Bondrewd himself. Essentially Bondrewd is an amoral scientist sort of the worst kind who is obsessed with discovering the secrets of the Abyss and has no qualms whatsoever in using others as guinea pigs, even via deception, as long as it is for the “greater good”, which in his case means that it slakes his ravenous appetite for knowledge. Mitty, Nanachi and the crowd of street urchins he woos to “help him explore the Abyss” were all simply tools. 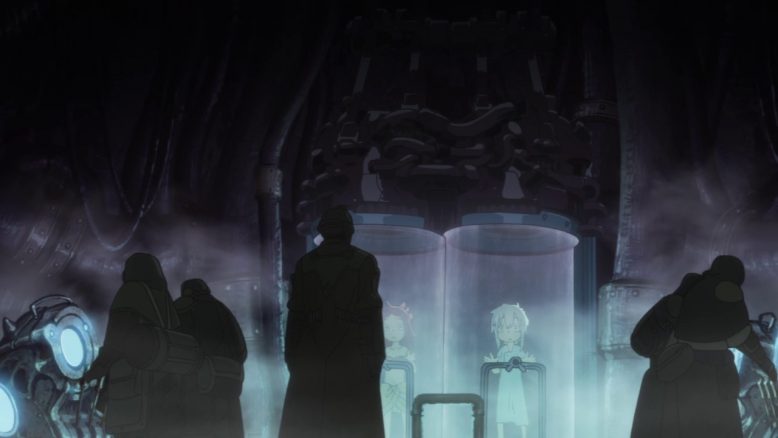 The last thing Mitty is able to desperately scream to Nanachi as she is forcibly transformed into a Hollow is a plea to kill her – both Mitty (and one imagines all of the poor Hollows at the bottom of the “elevator drop” test tubes who could have been the other street urchins) and other victims in these experiments are crushed and trapped inside their new bodies warped by the curse, and can only weep endlessly until they die. But Mitty’s case was special – for some reason she received an “extra” effect on her ascent up through the sixth layer’s curse and became nearly immortal. All Nanachi’s attempts to try and free Mitty from her sufferings and complete her last request have met with failure and she was likely approaching hopelessness. UNTIL she saw what reg was capable of in his battle with the orbed piercer last episode…. 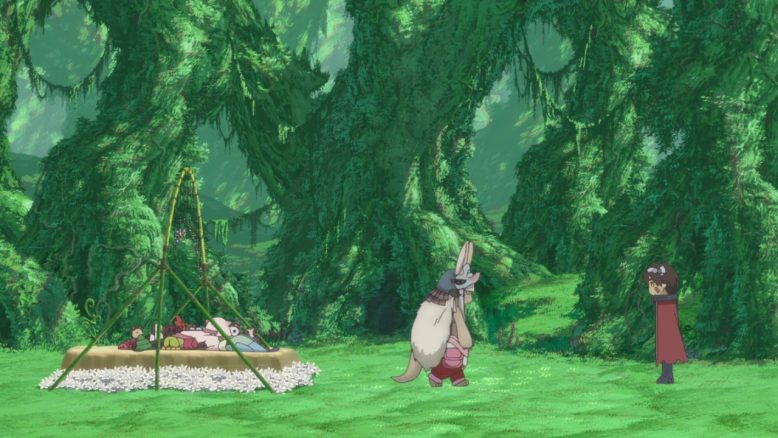 And sure enough, after hearing what happened to Mitty Reg, despite the uncertainty and agony in helping Nanachi finally come to some closure and help fulfill Mitty’s last request, is only “willing” to do so after extracting a promise from Nanachi herself to not kill herself and follow after Mitty. (We see that Nanachi could very well have been contemplating this, too.) Plain and simple the entire farewell scene with Mitty, both before, during and after was positively heartbreaking – I completely fell to pieces even while knowing what was coming. ;_; It was superbly done, very realistic and gut-wrenchingly convincing and moving. 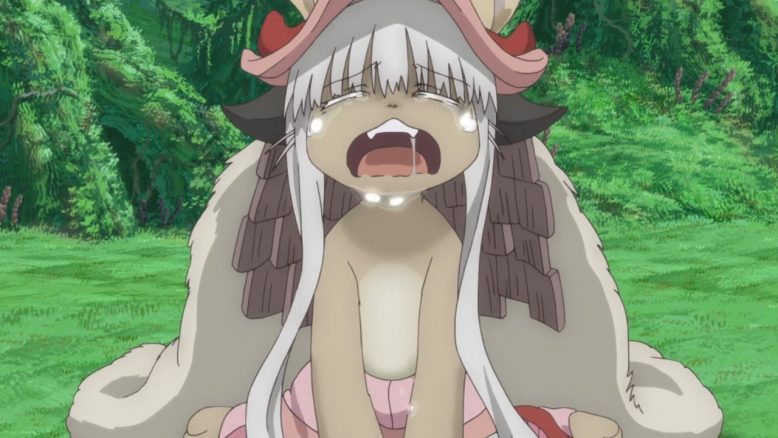 We find, however, that something mysterious happened between Mitty and Riko while the latter was unconscious – something that brought a faint light of triumph to the painful events of Mitty’s passing. Somehow, in some way the two of them were able to connect in a very simple and visceral way. And when Mitty was freed finally from her torturous prison she was herself for a split second (at least as discerned by Riko in whatever mode of perception whatever part of her was experiencing at the moment), and that moment of freedom inspired Riko to “re-surface” in her consciousness somehow and return to the world of the living – something that obviously moved Nanachi very much to hear her describe. It may be no surprise that Nanachi’s decision to accompany them on their journey seems to have been one already thought through. 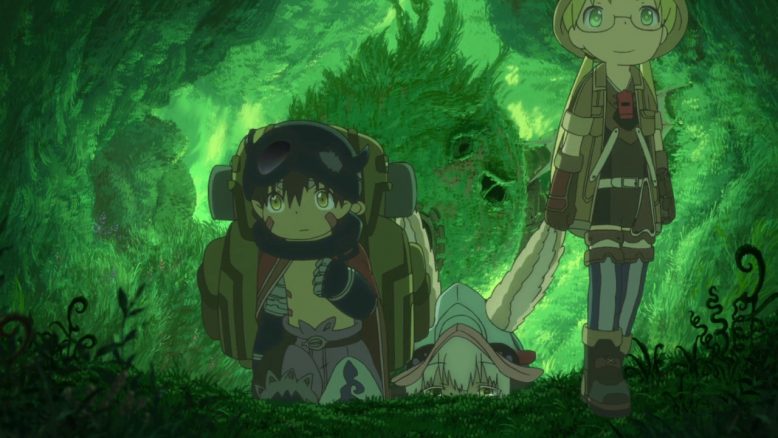 The episode was indeed able to wrap up in a pretty satisfying way the season – it is obviously not the end but one feels “okay”with how things were down, and I was among them. To nail an ending in an ongoing series like this is tough, but kudos to the anime staff in pulling it off. And while we are speaking of kudos, kudos to the staff and studio of Kinema Citrus overall with this series’ adaptation. They did a stupendous work in so many ways, and it was a delight to see so much care and attention given to it. This series is a manga I greatly enjoy and eagerly anticipate, and to have a series like that receive a “worthy”, and perhaps even superb and more than worthy adaptation is frankly a delight.

But more of all this in my review of the series, which I will try and get to soon enough! Thanks to all who were patient with me in blogging this series and followed along with me. ^^