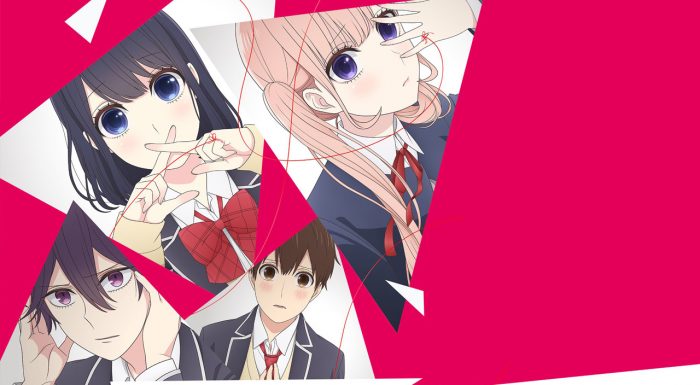 Koi to Uso, as a series, is indicative of a certain situation that anime fans are extremely familiar with. Its a situation that seems to happen nearly every season and yet, its something that’s always a bit of a sad surprise. The scenario goes like so: There’s this pretty good anime series in the season, that captures an audience and starts to build up to something truly special (or at least special to that audience it has). But then, it turns out that the show in question is an adaptation of a manga. Worse, its an adaptation of a manga that’s still currently ongoing and doesn’t seem like it’s anywhere close to a conclusion. 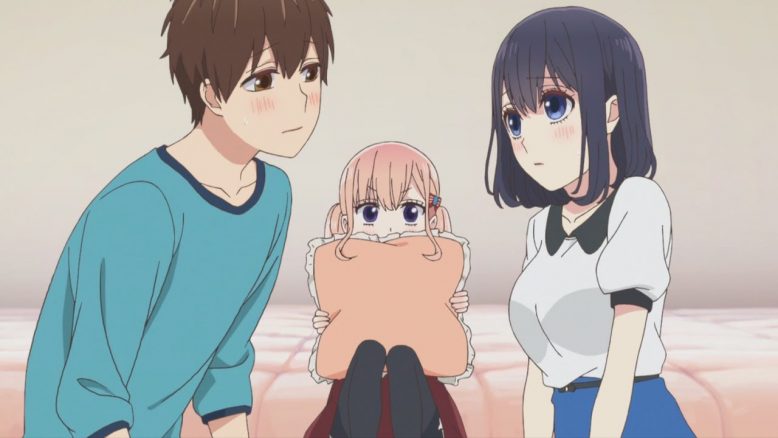 So the situation becomes apparent; How does an anime series, one that only has a single cour (13 episodes) to tell its story, conclude itself?

Its that question, that rarely, if ever, gets a really good answer. Often fans of this particular kind of show will find themselves experiencing an ending that resolves nothing, keeps stuff open ended and generally feels very unsatisfying. And the genre where I think, this particular situation hurts the most is most definitely the romance drama genre of anime.

Incidentally, Koi to Uso is a romance drama show, and it at least starts out as a pretty good one. And like most good romance stories, Koi to Uso (or Love and Lies as its known over here) is a story that begs for a resolution to its story, a resolution that never really comes to pass. That in itself, is perhaps the biggest problem that the show has, and will probably be enough of a reason to avoid Koi to Uso, especially if you’re the kind of anime fan that’s gotten some fatigue from the whole “1 cour show with an unresolved ending”. 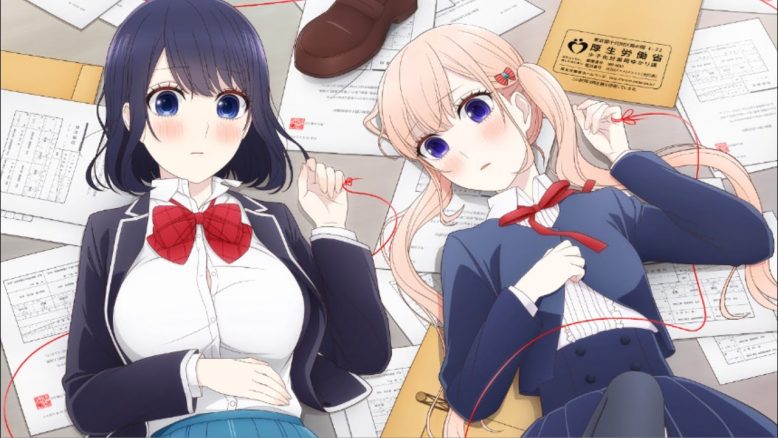 For those that do still want to take a chance on the show, Koi to Uso actually has some really nice things. Chief among its good qualities, is a really solid premise. The story for the show is set in a world where people are married based on a scientific matching system setup by the government. In theory, this makes it so that every person receives a match with someone that they’d be most compatible with.  At the time where the anime show takes place, this system has really taken hold, going as far as to stabilize Japan’s birth rat (a contemporary issue that’s plaguing the country today in the real world). The element that makes it all really interesting, however, is protagonist for the show, Yukari Nejima. Yukari is a special kind of kid in this society, a kid who’s actually fallen in love with the pretty girl in his class.

Note: Spoilers Follow for the show’s first two episodes, as its exceedingly difficult to talk about this show without referencing certain events. So if you’d rather stop reading and just watch the series completely blind, now’s your chance to bail!

Ahem… Anyway, love itself is something that doesn’t really work in the world of Koi to Uso, and so Yukari is already an outlier in a society that lets society control more of their lives than in our reality. But it doesn’t stop there, and things REALLY get interesting when Yukari ends up confessing to the girl he likes, Misaki. The result is really surprising for a series like this, but it’s only soon afterwards, that Yukari gets paired up officially, with someone else. To make matters even more complicated, Yukari’s match, Ririna, is actually a pretty nice girl herself, and thus begins a love triangle that has three young high schoolers in a really awkward situation that’s at odd’s with a society that’s equally odd (at least to us). 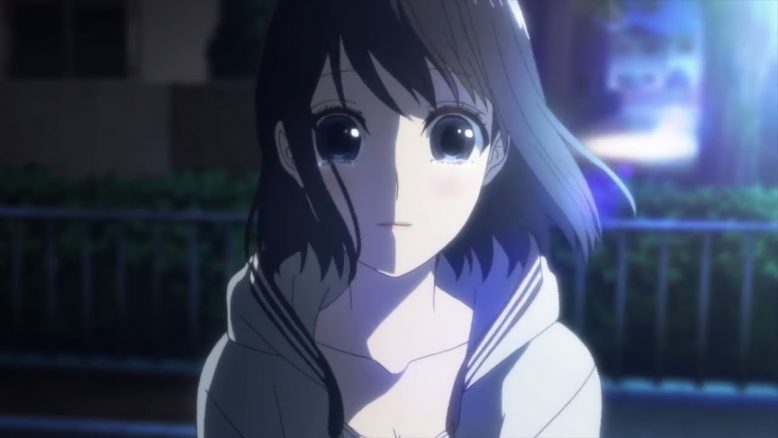 It turns out that, Yukari and Misaki both like each other, Ririna actually knows about this and finds their love adorable, but at the same time starts to develop a curiosity for Yukari herself. Its a strained setup, but the reason it works is because all three of the primary leads are high school kids that aren’t exactly the most socially experienced, or emotionally capable individuals, and all three of them end up caring too much for the other two.

Its a setup that I think isn’t going to work for everyone. The whole situation is easily resolved by Yukari basically being a bit decisive and choosing one girl over the other, and I wouldn’t be surprised if certain people outright cringe over him basically fooling around with Misaki, while still being officially paired with Ririna. Its frustrating sure, but the show establishes a good dose of the classic Japanese society pressure of having to conform to authority, as there are real consequences, seemingly, for going against the official pairing that the government provides. 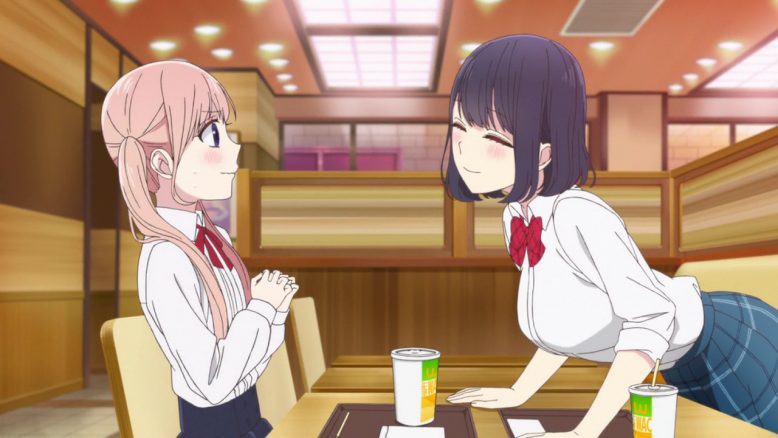 The problem of course, and its a problem that other similar shows and even harem shows like Nisekoi have run into, is the sheer frustration of the whole Yukari/Misaki situation. The two are clearly crazy about one another, so no matter how likable Ririna is (and she IS pretty likable), its hard to really see why there’s a story at all here. Yukari and Misaki just need to be honest with themselves from the get go and focus their attention on being together. Unfortunately, the show never really commits to that particular notion, and instead, revels in keeping the option of a Yukari and Ririna pairing alive, even if just faintly. The drama and tension that results, therefore, feels a little bit artificial, no matter how well done it is.

The show isn’t just about its three primary characters, but that’s really where the focus is. There are some nice ideas that the show touches on briefly, like what happens to other outliers in society that don’t fit the general notion of biological, binary pairing. Its something that the show briefly touches, however, and rarely does it stray too far from its core love triangle. 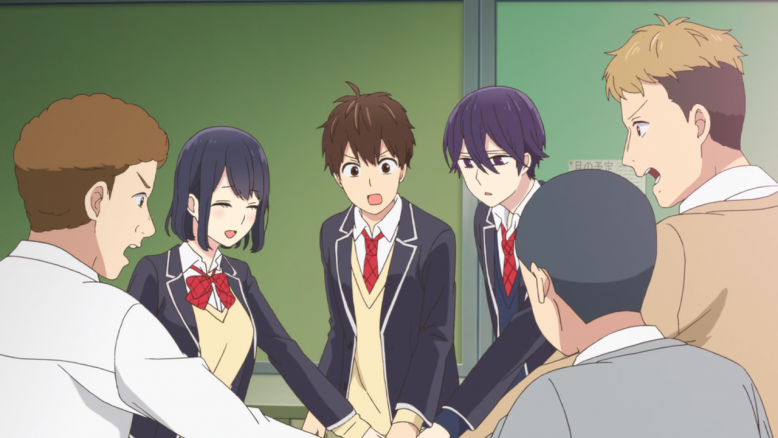 What’s problematic about this approach, however, is that the show never really resolves the core love triangle at all. As noted earlier, the show actually ends up going for a rather open-ended cop out ending, that plays to fans of both the Misaki and Ririna camps. I’m sure certain fans of the show will appreciate that, because the anime doesn’t commit to an ending that manga itself hasn’t even gotten to yet.

But, I’m dead sure there’s many fans like myself, that find the lack of resolution and commitment to one pairing, exceedingly frustrating. For those viewers that actually invest themselves in the drama and the characters, the primary driving force behind watching the show is seeing who Yukari actually ends up with, or rather, who he’ll choose. Misaki seems like the obvious answer, but after things spiral to a certain point, its hard to really be totally against Ririna either. And for a fan invested in this whole thing, not getting a resolution, is even more painful than usual (in terms of watching shows like this one) 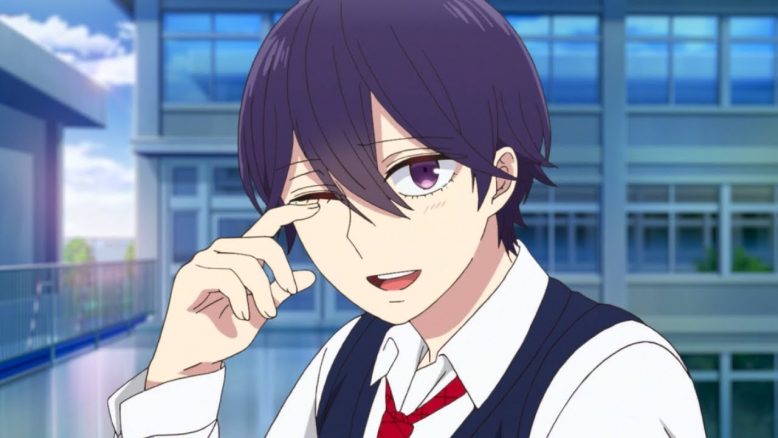 So in the end, despite the show having gorgeous production values, great character development, unneeded and overtly sexual make-out scenes (….errr?!?!), it never really goes anywhere with its story. What’s worse is that the type of ending that the show goes for, an ending that is so open-ended it feels kinda dirty. The show’s big statement is pretty clear with that ending; “Unsatisfied? Want to know the resolution? Read the manga!”

And look, as any veteran and avid anime watcher will tell you today, most manga adaptations turn out to be nothing more than glorified commercials for their source material. Its a reality that people more or less live with nowadays. The problem, is that there’s a good, interesting way to finish off a series like this, A way that provides some kind of resolution, or at least something that ends at a particularly important juncture in the story. Koi to Uso doesn’t entice you to continue the story by ending on a high note, or even a cliffhanger, it just spits in your face and refuses to provide any kind of a notion of an ending. 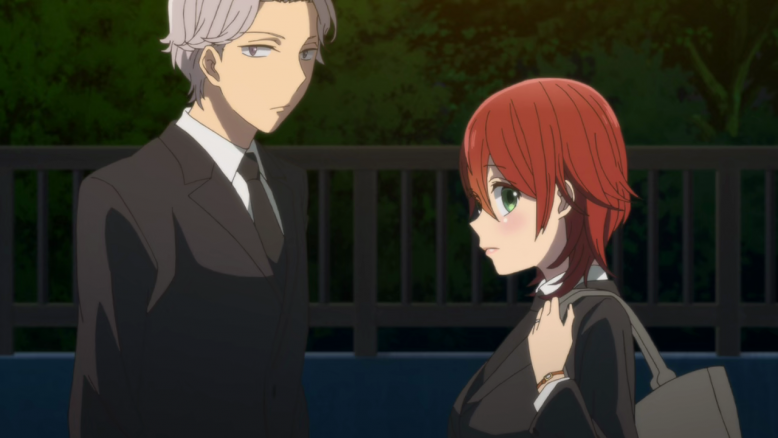 And what’s sad about this whole reality is, that like I briefly mentioned in passing, Koi to Uso is actually a really solid romance show, save for the ending. The characters are likable and all three members of the love triangle have terrific chemistry. The world and society that the show takes place in is beautifully realized, and the production values for the show are just top notch. Great voice acting, art direction, and capable animation are things are easy to overlook because of the show’s one big failure.

Other strengths include a show that is paced well, a show with a collection of solid moments that really tug at the heart strings, with some genuine twists and turns that people won’t see coming. But that ending? It all comes back to that ending, and it’s that particular facet of the show, that makes it so hard to recomend. 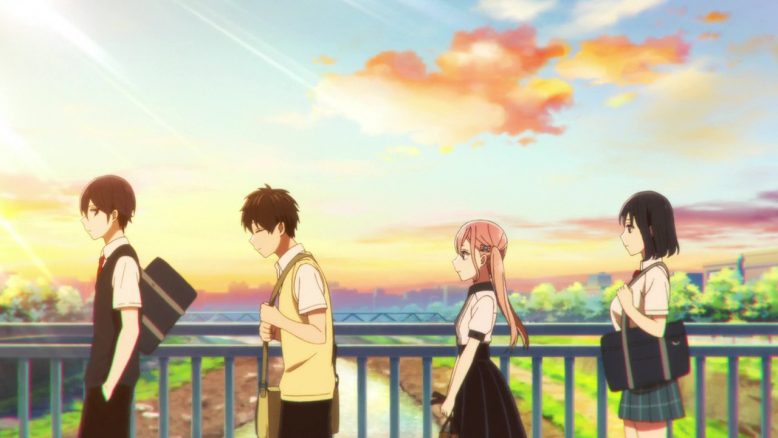 Is there a strategy for really enjoying Koi to Uso? Maybe something like watching the show until episode 10, and then perhaps just avoiding the last two episodes? Perhaps, but its not a strategy that I’d really advise or adopt. As a viewing experience, that whole idea just seems like a terrible way to watch anime.

It almost insults the medium, and so I’m more inclined to just say that its better to pick up the manga from the get go, even if it won’t have the same color, animation and superb voice acting that this anime series features. Which, while really harsh, says volumes about how this particular approach hurts both the show and the medium as a whole. 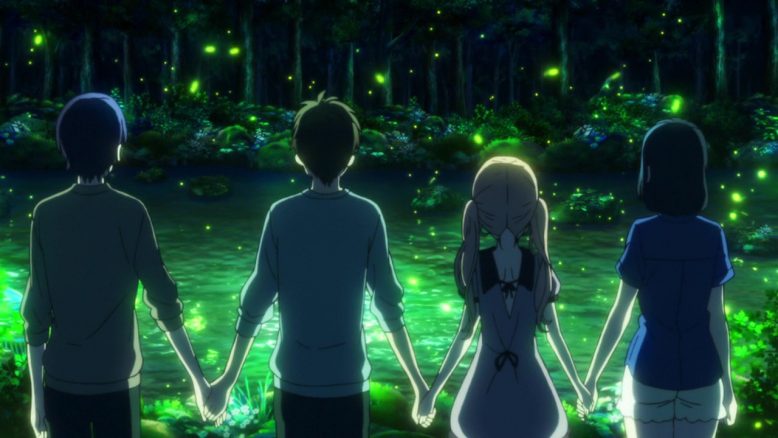 In the end, I’m hesitantly giving the show a B-Grade. The show is really good for a decent chunk of its runtime and even the bad ending can’t take away from the first 10 or so episodes. At the same time, even as an advert for its source manga, I’d argue that the show does more to hurt said promotion than help it. Is that really any different from the myriad of other shows that do something very similar? No perhaps not, but in Koi no Uso’s case, it just seems to hurt a lot more than normal (which is both to the series credit and to its determent).