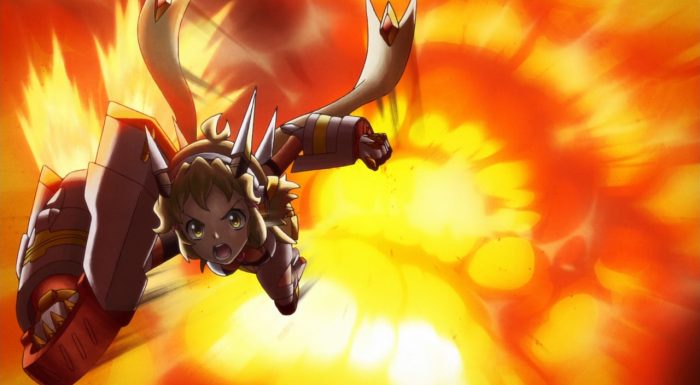 I’ll give Symphogear some credit here. At this moment in time I have no idea what is going to happen next! This episode in some ways played out as expected, but in others it absolutely didn’t. The idea that there would be this big international crisis makes some sense and could be seen coming. That the jerk of a Kazanari would escalate things further isn’t shocking. Now the fact that Cagliostro managed to fake her death and grab Prelati was pretty solid. I wasn’t even done wondering how the show would manage keeping this trio around before they had to go and sacrifice themselves to stop a nuke! Well if nothing else we can still say that nukes are a top tier threat in this world. Having a lot of firepower doesn’t mean you can handle a destructive weapon on that scale. And then of course came Adam’s plan failing. 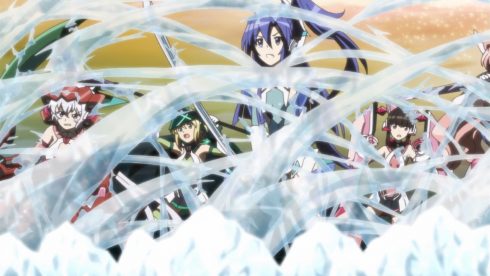 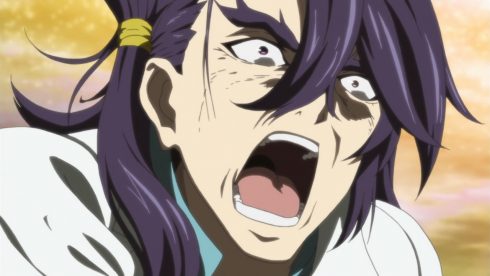 At this point I legitimately have no idea what is going to happen. You’d normally expect the villain to get his power-up and prepare to become a major threat for the Symphogear users. And he does manage that…for about a second. I love that Tiki screws everything up for him and that allows Hibiki to smash the arm. It all looked like he had things under control. He used alchemy to lock down the main cast (minus Hibiki) and seemed ready to send Hibiki flying before things go wrong for him. This is a different kind of cliffhanger than we are used to. It’s ending on something unexpectedly good happening, but that leaves the question of what is the last episode going to do?

I suppose the god power could still be passed around like a game of hot potato. While Hibiki did destroy Adam’s arm that power could still attach itself to something else. Adam himself is pretty banged up so I’m not sure teaming up against him makes the most sense. It isn’t often that the main villain has things go so poorly for him that you just aren’t sure what he’s even going to do next. Obviously this guy is pretty pissed at this point with Tiki screwing things up for him and Hibiki being able to punch their problems away. All his plotting going straight down the drain thanks to a love-struck autoscorer and Hibiki wielding the conceptual weapon for god slaying. 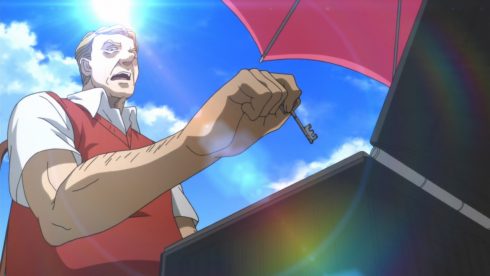 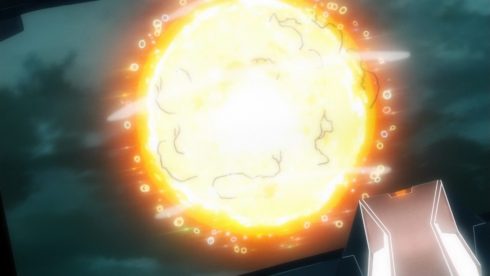 While I’m not sure what the last episode will involve, there was plenty to go through this week. The international situation continues to get more intense. The UN was preparing to invade Japan to try and get control over this crisis. Old man Kazanari did try to kill Hibiki for his own views. And then you have a total idiot running the US and firing a nuke at Japan. I mean seriously….there has to be consequences there. Just firing a nuke at a country should require extreme responses, but this is the American government firing a nuke at Japan. Thanks to some timely help that was resolved, but the fact that it happened should trigger major reactions. Bring on the symphogear worldwide war I say! 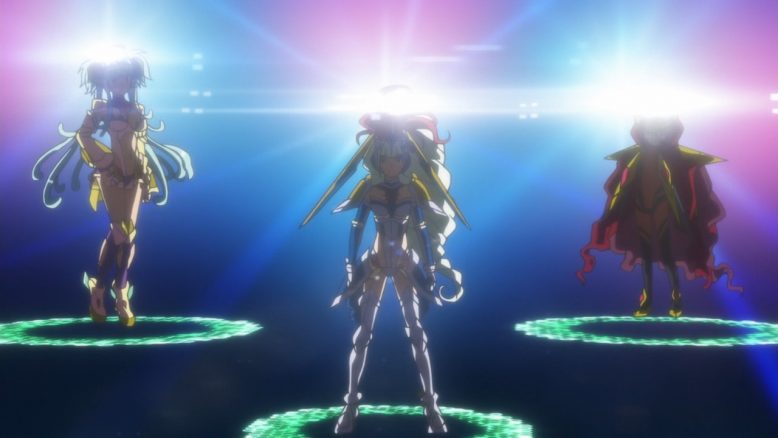 Time for their Last Song

That was a big sacrifice play by Saint Germain. I did figure she’d die at some point in this season. What I didn’t see coming was her getting a solid redemption arc and giving up her life to stop a nuke from destroying things. And yet I can still say it fits her character. She’s always been the type to make small sacrifices for what she sees as the greater good. This time though she managed to do something positive that she can feel good about. Saint Germain could stand beside her comrades this time and go things done. Unlike a few episodes ago, this time she can face death with a smile on her face.

I’ll give Cagliostro a thumbs up for her plans. She easily turned into the more interesting antagonist of the season. Considering her suspicions I could see faking her death. Though I do think she intended to kill the symphogear users. There was no way she fought like that with the intention of faking a defeat. But rather she was prepared to run for it and when things went badly…then using it to fake her death was the best move. That kind of trickery seems pretty much up her sleeve. Sure the other alchemists only popped up to basically sacrifice their lives for real, but they did so while helping a friend. I think they were always ready to sacrifice their lives for Saint Germain’s sake. 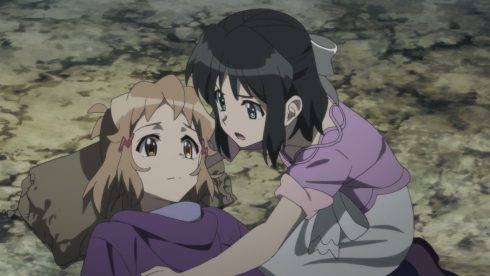 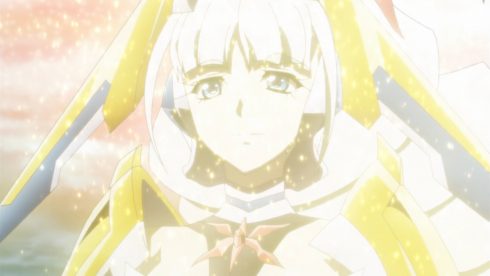 The battle against giant Hibiki was pretty interesting. Obviously they didn’t have any intention of hurting her so finding a good way to tackle this problem made sense. A nice mixed strategy with trying anti-linker before making use of the best weapon they have…Miku! Not the first time that Miku’s voice has been key to getting Hibiki to snap out of a bad situation, but it worked well here once again. Miku doesn’t get a lot of chances to step up and shine, but this was one time she could help. Once again the show making the point that she can definitely get involved and doesn’t just need to use a gear to do so.

This episode really was unexpected in a lot of ways. Honestly I do think that is a good thing. We just don’t know how they are going to make the last episode play out. I guess they could just have fun at Hibiki’s birthday party, but that might be too optimistic. Maybe they will go with an utterly crazy cliffhanger to tie things into the upcoming season 5. I wouldn’t mind seeing what other curveballs they can manage to fit into the last episode of the season. Bring on the next one I say!