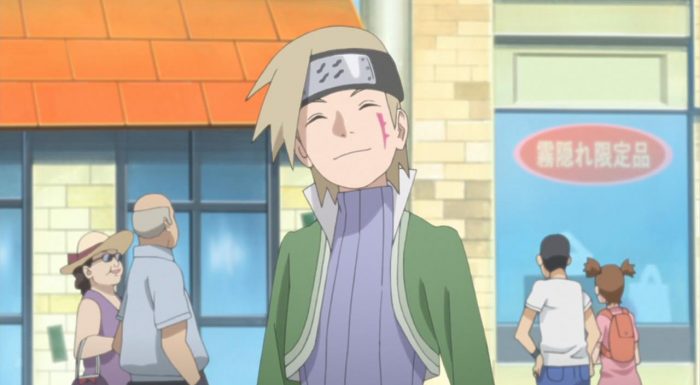 Color me surprised, but I’d say that this new arc from the Boruto anime series is actually looking pretty sweet. While the prospect of a field trip felt like it would lead to more uninteresting comedy slice of life stuff, it actually seems like the show has a plan for a pretty good story, at least from the first episode.

Its worth tempering expectations, however, because if history has proven anything with regards to this series, its better to always be cautiously optimistic. Boruto as a show has had the occasional brilliant episode or two, but the overall track record of this series isn’t all too great. 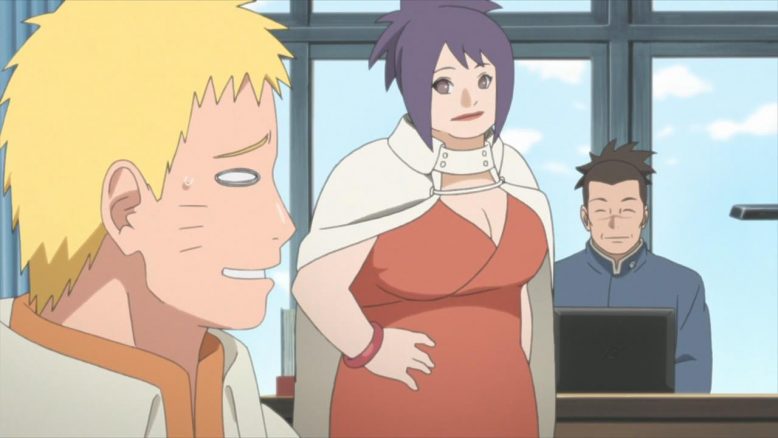 I’ll admit, I went into this week’s episode fairly annoyed from the outset. Since the series started, I’ve been impatient to see us move to a point in the story that is beyond the timeline of the original Boruto movie, and the fact that we’re still in prequel territory has me fairly worried.

Add the idea of a “field trip” into the mix, and things definitely had a vibe of being pretty average. And I will say, for the first half the episode, things were pretty average. We got the usual collection of shenanigans from Boruto and the cast, some funny, some not so much. 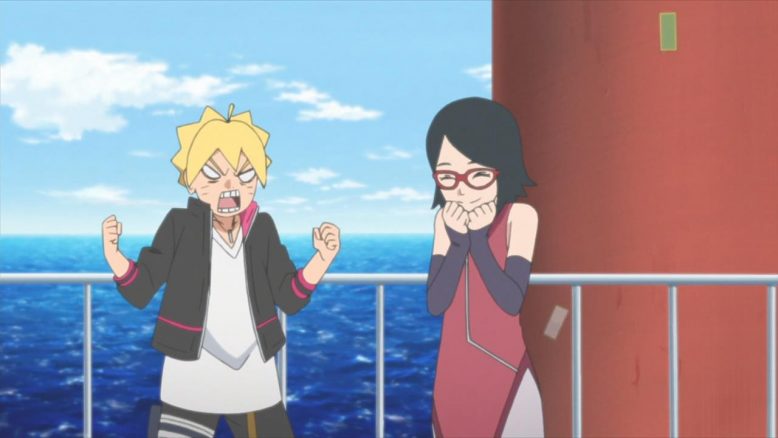 I will say, I’m enjoying the tension between Boruto and Sarada, and its a nice precursor to the eventual dynamic from the movie. Sarada is slowly moving into her preferred role of the true leader of the class and her peers, while Boruto continues to want to run wild and cause issues.

It was pretty surprising (at least, for me), when Sarada actually nominated Boruto to be the class leader, rather than take the role herself. Instincts beckoned to the idea that the show was just handling it with bad writing; Boruto is the main character, hence he should be the leader. 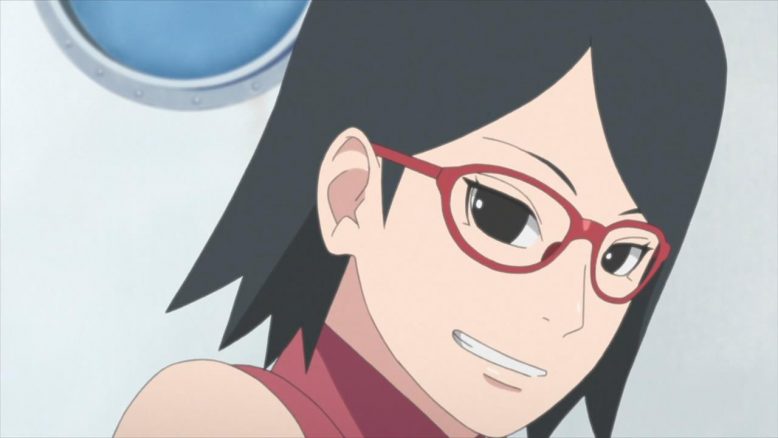 But turns out I was pretty solidly wrong, because it was all part of Sarada’s master plan to make sure Boruto didn’t go off the reservation. Its a pretty smart move, and it really matches up with the sort of leader Sarada wants to be; A leader that keeps everyone in mind and gives them exactly what they need.

Beyond that, the first part of the episode, which pretty much dealt with the setup for the field trip to the Village of the Hidden Mist and the journey to get there, was pretty uneventful. There were some nice montage shots and scenes of all the kids from Boruto’s class, and it played about as you’d expect. 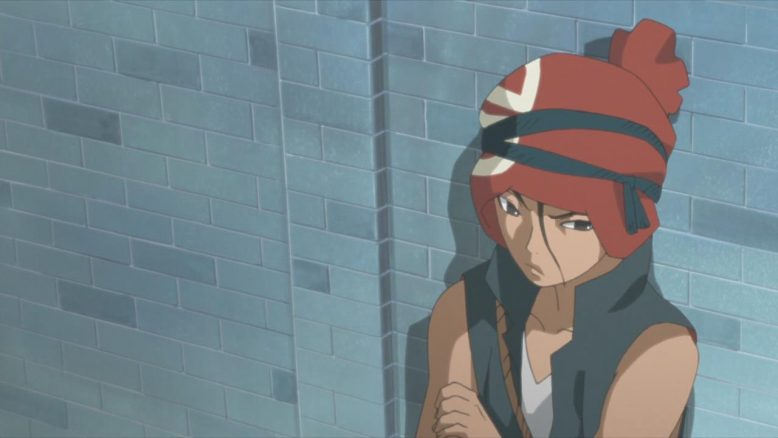 The one thing to note though, was Iwabe. Iwabe was on edge ever since he heard about the Hidden Village of the Mist (Kirigakure), and the fact that the show is being about subtle as it usually is about his feelings toward the place, seem to hint that he has a history with the place. The history doesn’t seem all too great either, so it does make one wonder if Iwabe is actually originally from Kirigakure (or as he refers to it, the Village of the Bloody Mist).

The emphasis on Kirigakure’s dark past is interesting, especially because of the history this location has in the larger Naruto/Boruto franchise. (Correction, Kirigakure has nothing to do with Zabuza, and that statement was more of an oopsie by me! I guess the only thing relevant about Kirigakure is that we had the original Mizukage from there?) 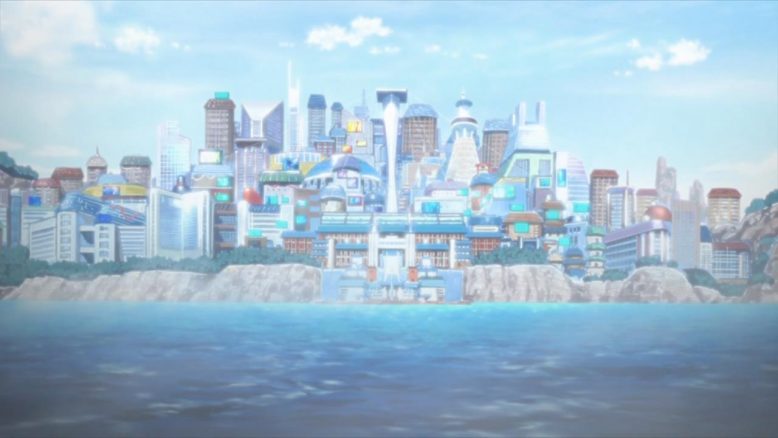 Its a nice touch, therefore, when we get to Kirigakure in the episode, and the place looks like a modern metropolis rather than the dark, gritty rural area we saw all those years ago. And that’s nice and all, but what really gave me hope for the episode itself, was that things actually hinted at that dark vibe, albeit in the shadows.

Between the foul mood that Iwabe continues to have, and even some hints from new hot boy Kagura Karatachi, it seems like while there seems to be a lot of prosperity on the surface, there’s still a dark underbelly to the village lurking in the background. 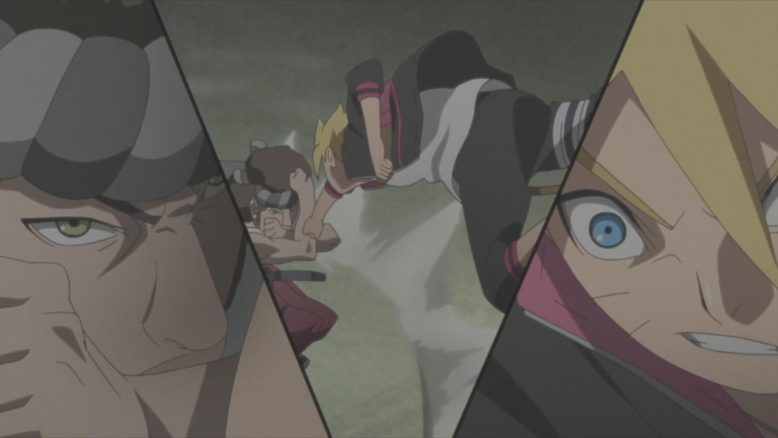 And its when Iwabe ends up drifting away from the group and heading to the backstreets, that Boruto, Denki and Iwabe come face to face with that dark side of the village. The little scrimmage with the ruffian Hassaku is decently interesting in itself, but its when the man known as Shizuma shows up, that things get really interesting.

Not only is Shizuma incredibly fast and seemingly way above Boruto in terms of fighting ability, but the guy just has the presence of a solid villain. That evil smile, the cool and calm demeanor that has a little bit of playfulness in it? That’s the stuff that makes for a solid villain, and its the one thing that I think this show has been lacking ever since it started. 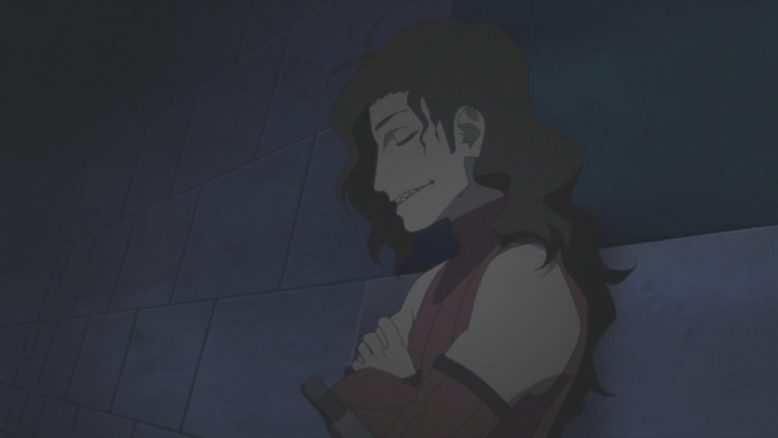 Am I pinning too many of my hopes on Shizuma? Perhaps, but the show has introduced him so well and built him up with an air of mystery that’s genuinely intriguing.

It remains to be seen if the show can really use these solid cards that its now added to its deck. There’s the idea of the inner tensions of the Village of the Hidden mist, and there’s Kagura (a boy as young as Boruto who’s already an aide to the Mizukage) and then there’s Shizuma. How do these elements relate to one another? 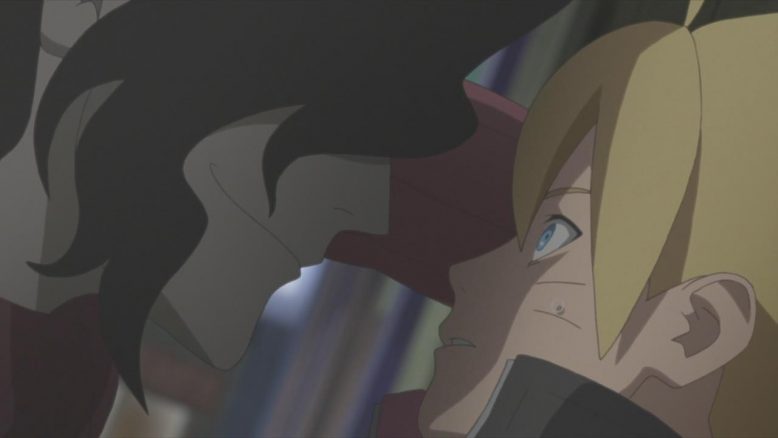 My hope, is that Boruto has an interesting answer to that question in store for us.