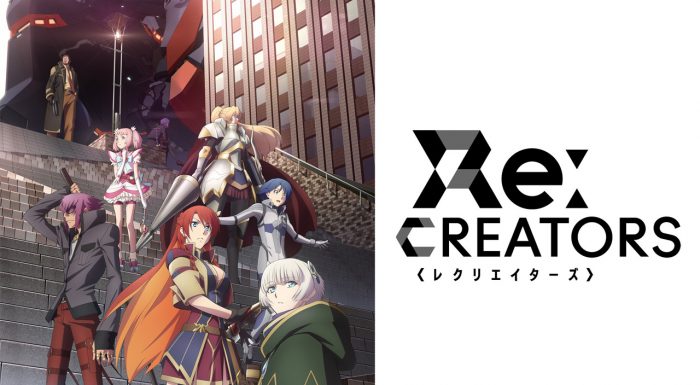 Re:Creators is a series that  from the outset, seems like a sure fire hit. The series seems to have it all, a new unique and interesting idea, solid characters, great art direction, stellar animation, a solid cast of seiyuu and a good 24 episodes to tell its tale. With such a strong deck of cards at its disposal, its almost shocking, if not extremely painful, to see the show ultimately end up wasting its huge amount of potential it accrues in its first half, only to fumble it all rather badly just as it reaches the finish line.

Ultimately, Re:Creators is one of the biggest disappointments of 2017, and the real tragedy is that… It was oh so close to being one of the best series to come out in recent memory. 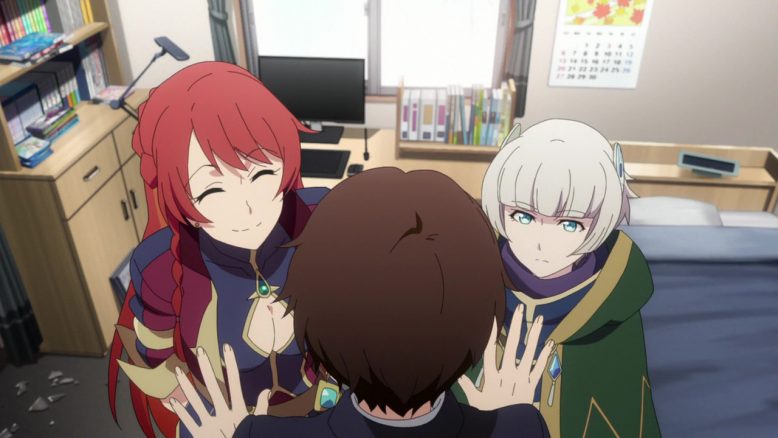 There’s a lot of missteps and mistakes that lead to Re:Creators being what it ultimately is, but before any of that, its almost necessary to understand why Re:Creators was such a big deal in the first place. The first and perhaps most noteworthy reason that so many people were paying close attention to Re:Creators was the simple fact that it was a high budget, 2-cour original anime series.

In a day and age where Anime series are an adaptation of some other kind of work (light novel, manga, game), it was just something else to see a new original series being built to craft the sort of story that could be a bit different from the norm. 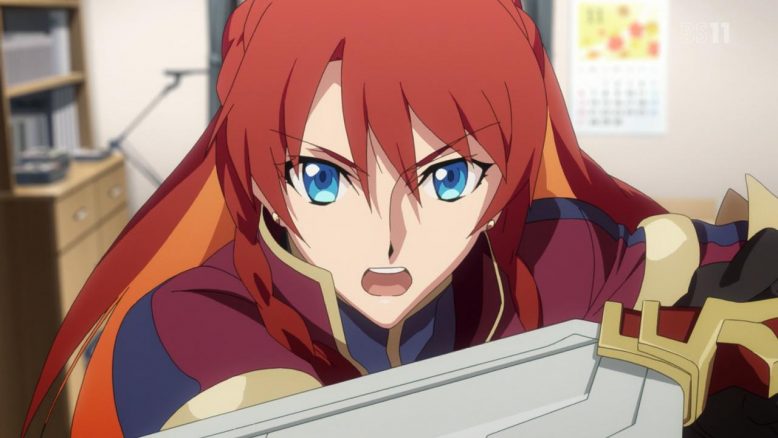 And boy was Re:Creators different. The basic premise was really the thing that is still, I think, one of the most interesting aspects of the series. Re:Creators features a scenario where characters from dozens of anime, manga, light novels and video games, traverse dimensions and come into the “real” world. And by real world, I really do mean, today’s contemporary version of the world, one that’s ruled by social media, the internet, entertainment and what not.

But that’s not all, the show actually really throws a in wrinkle into the works, with these suddenly alive fictional characters questioning their purpose and existence, armed with the information that their lives, their entire reality, was something created for the enjoyment of others. 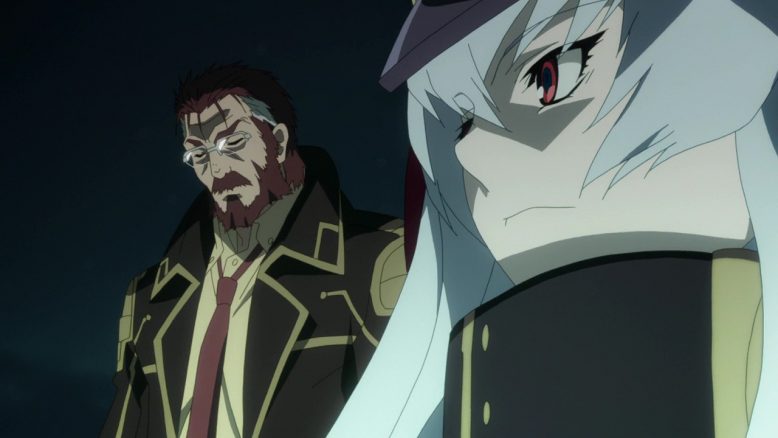 Re:Creators has a bunch of fictional characters sure, characters that you’d see in many of the most popular mediums of entertainment in Japan today, but what’s interesting is when they themselves are really brought to a head-on collision with the very notions of storytelling, character creation, the entertainment industries, and how that reality informs their own. The reactions, the results, the dilemmas, are all new ideas and unique ground that only this series is able to traverse with its characters.

And Its the cast of characters, of course, that really make this show such a joy to behold. Each character that comes from each fictional world, is a full realized character with their own look and feel, their own stellar back story, and a superb aesthetic and character design to boot.

Not only that, each of these characters are just solidly written, with engaging larger than life personalities that are infused with the tropes of their particular story genre. Rather than become archetypes of some sort, each character that’s featured in Re:Creators feels like they’re leveraging their background, rather than being ruled by it, and its there that the cast of characters really start to feel truly original and memorable. 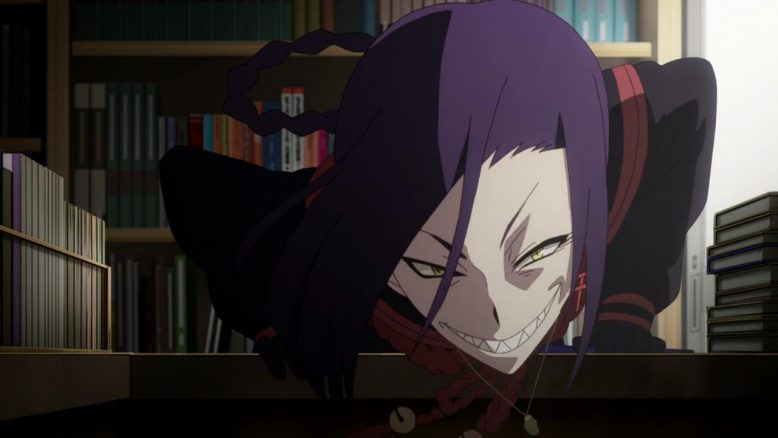 In an age where there’s few original ideas, Re:Creators throws in an almost Fate/Stay Night style collection of fictional characters going to war, pairs them with caricatures of real world writers, artists and mangaka and then makes that tension the sole focus of the story. And this isn’t some kind of experimental low budget show either, as studio TROYCA (with funding from Amazon I’m sure) really pull out all the stops to make this show look, feel, sound and flow like any of the best anime shows of the year.

So budget, core premise, characters, visuals, sound, none of these things are anything other than strengths for the series, which is a really exceptional fact when you start to think about the few things that Re:Creators does wrong, and how those few things, end up almost superseding everything else. 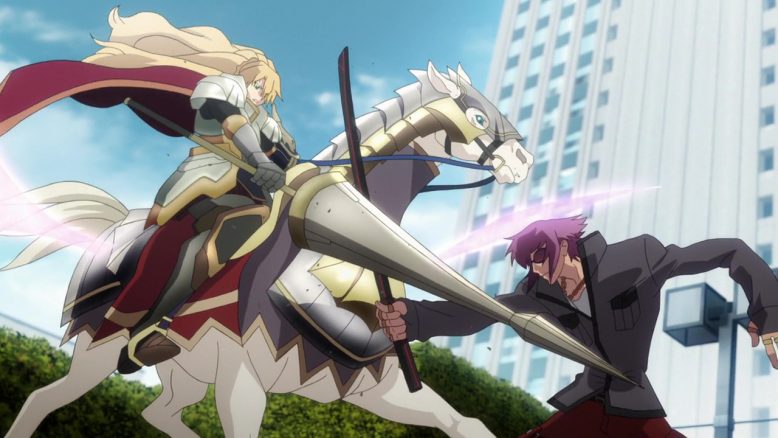 So what are these problems? These things that the series does wrong that just… Ruin it all? Well, I suppose its worth starting with the most important misstep of all in Re:Creators; The plot for the story. Its worth noting that Re:Creators is really strong when it comes to characterization and world building. So while Re:Creators does the impressive thing of respecting it’s characters, building both them and fleshing out the  huge collection of sub-worlds it has, what the show doesn’t ever do, is something actually meaningful with everything it spends so long developing.

Re:Creators’ story as a whole, does not really actually match up to the sum of its parts. In the moment, Re:Creators is very engaging, but rarely does anything in the show, any event, really significantly alter the core dynamic of the story. There are no consequences, no huge changes, and the few twists that do present themselves (pretty late in the game) serve to shock and awe in the moment, more than really alter the story or characters in any significant way. 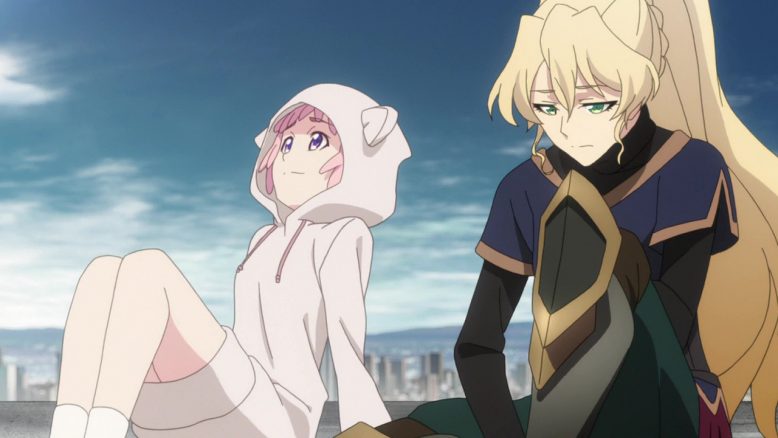 The show has this really interesting idea, of certain “creations” fighting for the very fabric of all existence, side by side with the people that created them, against those creations unhappy and revolting against the reality of things. There’s even certain characters that the series builds up as the core primary protagonists, and it all seems to be building up to something nice. There’s a clear division between the two sides that the show has fighting against one another, and there’s some good character work and logic present to account for everyone’s affiliations.

The show’s first cour is basically a journey of discovery, one that focuses on all the characters coming to grips with the rules that govern this new reality, and how they’re going to protect or destroy this new world they find themselves in. There’s some beautiful battles, with jaw dropping animation and visual effects, that end up being little more than skirmishes in the grand scheme of things. 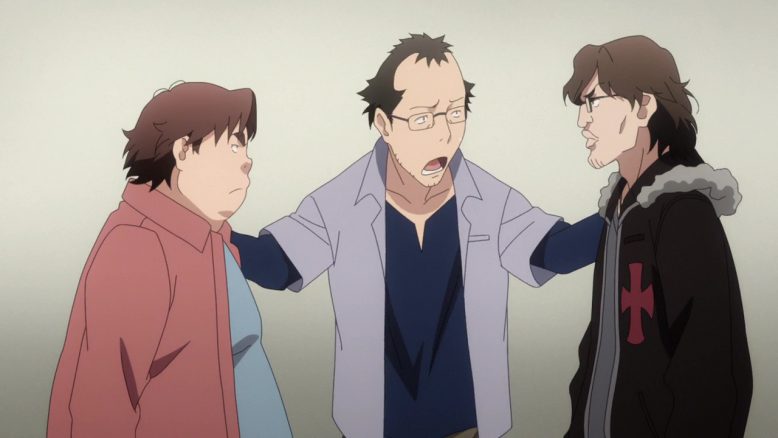 Most of the big character deaths (and there are many) seem to happen outside of battle, in the downtime where characters seem to be getting to know one another, rather than anything else. And its the character deaths I think, that serve as the second major issue that this series just can’t deal with. The series builds a large cast of characters, and quickly realizes that it can’t juggle everyone, and thus proceeds to start killing off certain characters.

The deaths of these characters rarely do anything more than enrage other characters. There’s no big poetic justice, or sad tragedy that feels like it ties into the story itself, and it feels like, more often than not, that these characters die because they’re just… Who they are. That works from a character based perspective, but it doesn’t help further the larger conflict that this show seems to be obsessed with. 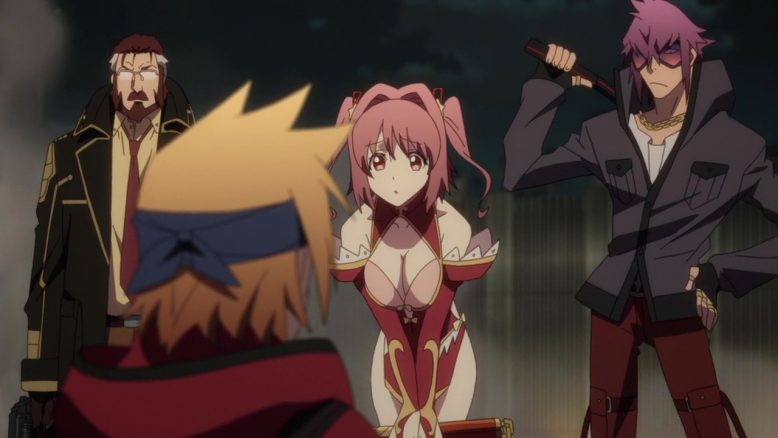 Which leads us to problem three, the idea of how these creations entering the real world, bends the fabric of reality to dangerous levels. This idea of reality bending, of all these fictional powers and characters appearing in the real world, is something that this series is obsessed with, to an unhealthy degree.

There’s a huge amount of time dedicated to explaining and laying out the rules governing the cause and effect of certain powers, of how certain characters gain power because of their audience popularity, and the whole thing actually leads into the final end game of the show; a final battle that ends up being streamed to a huge chunk of the country in order to decide the fate of the world.

And its in this endgame, that the series really stumbles and starts to break down and squander all the great stuff that its been building up to. Certain key characters that have long been the core foundation of the series, suddenly get thrown off course by even more characters from their own stories suddenly appearing, and then die unceremonious deaths that pretty much just nullify any purpose that they may have had in the larger story. Other characters, on the other hand, who have played nothing but supporting or even antagonist roles, suddenly pivot to being the major heroes of the story. 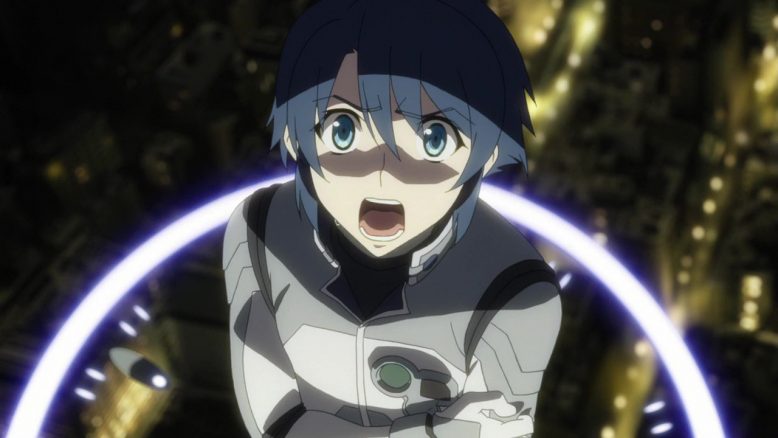 The effect of all these weird changes and the reshuffling of dynamics is frankly, all out destructive and irreversible. The show ends up throwing away all the world building, the characters that its focused on, and instead actually provides a “dues ex machina” style ending that starts pandering to a specific character’s backstory more than anything else. There’s no grand victory, no big clash of ideals, or of the hero winning because they feel they’re right. No, everything instead, happens because the plot suddenly shifts priorities, and because certain themes get shifted away from and to, for unknown reasons.

The ending is the biggest travesty that Re:Creators commits, and its an ending that does everything to nullify all the shows achievements, foreshadowing and build up prior. The fancy animation, great visuals, superb voice acting, great music, the depth and logic that the show revels in, none of these things can help save it from the fact that it the show ends up straying from what it has been until this point.

The show chooses to try and surprise and shock its audience with weird off quilter ideas at the end, rather than focus on its core characters and have them resolve the story. This shift to an almost performance like story, actually ends up making the entire story feel hollow and ultimately worthless, at the end. 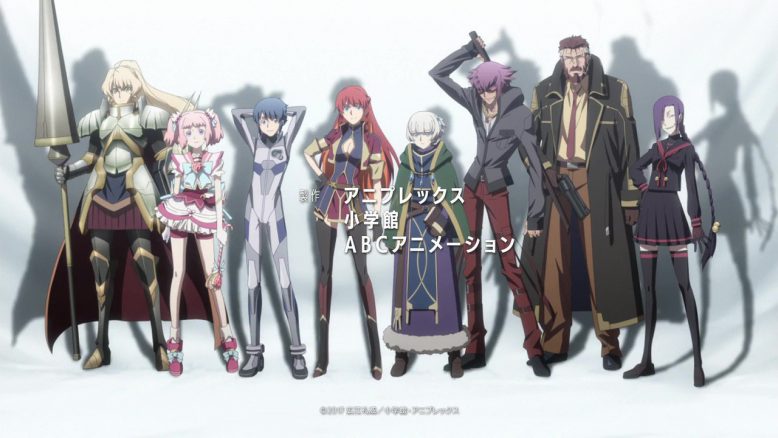 And that’s the real sad tragedy, because Re:Creators has almost everything it needs to really craft something memorable, but never really knows how to reach that destination. In the end, the show ends up being hollow, disappointing and becomes a big highlights all the aspects of what it could’ve been, given proper plot work and a solid overall vision for the story.

So what Re:Creators ends up being, at the end of its 24 episodes, is a series that features great characters, solid ideas, great production values and a lot of missed opportunities. Is the journey more important than the destination? Sometimes, but Re:Creators is one of those times where the journey just can’t make up for the disappointing eventual ending of it all.