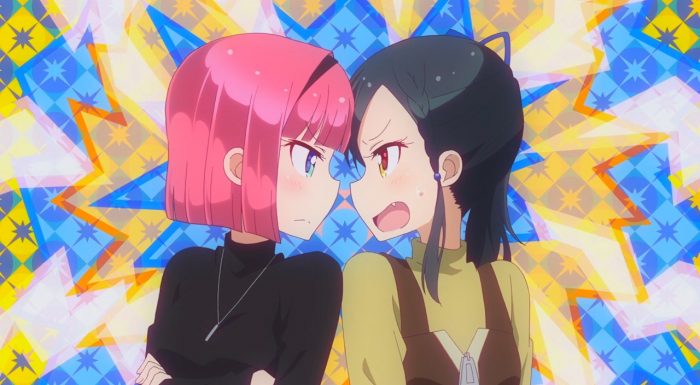 Production continues at Eagle Jump, and it sounds like they’re approaching completion on Peco. I admit that sounds strange to me. My experience with Western game development is that creating a game of any decent size is a project of at least a year, if not more. Now, that can vary depending on the size/complexity of the game, the size/available resources of the developer, and a number of other details, so it’s not exactly set in stone, but there are generally limits to how much certain things can be sped up by throwing more people at them. A game as complex as Peco has been presented to be, being developed by a company as small as Eagle Jump, would (in my estimation) take at least a year and a half to make properly. If certain shortcuts were taken in regards to releasing a quality product then that time could be cut down, but that does not at all seem like the Eagle Jump way. Anyway, all of this is just because it kind of bugs me how quickly they seem to be completing Peco. In the manga at least they started working on it in the fall of the previous year: the additional six months at least puts it within a believable, if still kind of fast time frame. But in the anime they came up with the concept in the spring of this very year, and here it is fall and they’re finishing up. A six-month development time on a game like this is… really pushing it. 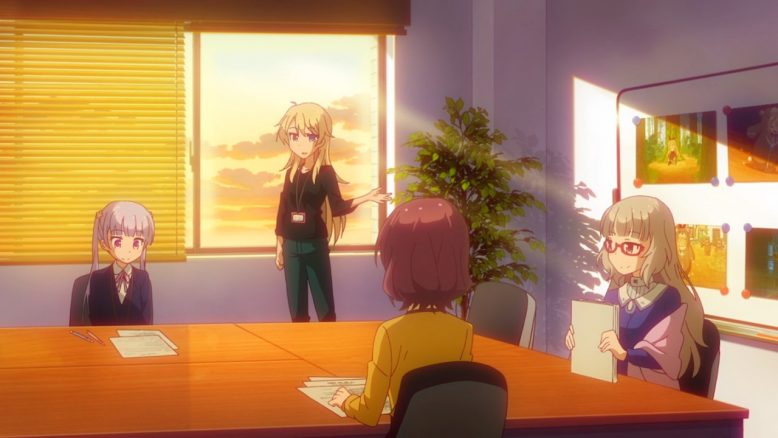 Anyway. That’s neither here nor there. For the first part of this episode I find myself sympathizing with both Naru and Hajime. Certainly if you’re going to release a game you want it to be fun. And I think there are going to be times when that means that you won’t be able to tell that the current specs for a minigame aren’t quite cutting it until you actually try it out for yourself. And if it doesn’t cut it you should try to improve it. I don’t think Hajime is wrong here. But Naru is also correct in her perspective. Her job is to create the minigame she’s been assigned exactly according to specifications, and she has a set schedule to do that on. When someone changes the specifications after she submits her final version, Naru then has to go back and redo a large portion of her work. As an intern who is trying to complete these assignments in order to prove her worthiness to be hired full-time, having factors outside of her control cause her to miss her schedule is very frustrating. 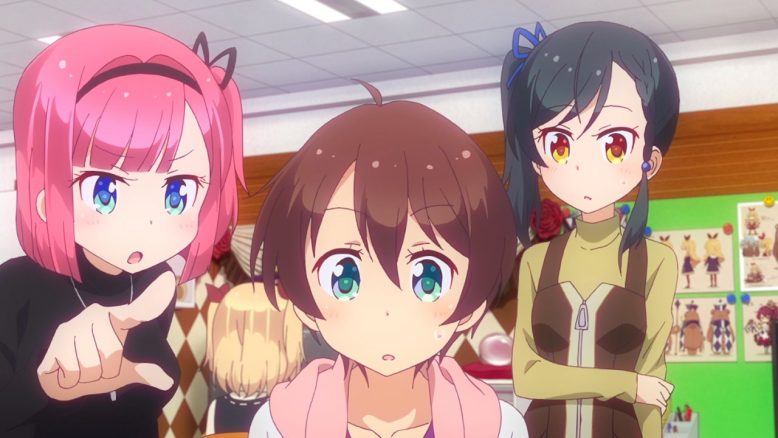 Naru is absolutely correct to ask Hajime to take proper accountability for these delays. Many companies I’ve dealt with would have had this communication being done by managers in the first place, to ensure said accountability: Naru would turn in her completed work to Umiko, Umiko would bring it to Hajime, who would relate her issues to Umiko, who would bring the new specs back to Naru with the understanding that, since Umiko is Naru’s manager and she’s already aware of everything, there would be no problem with Naru having to overshoot the schedule in order to make the changes. By cutting out the middleman here they ensure that the people doing the work find out what they need to do quicker and more directly, but it leaves us with this issue of ensuring that their management knows what’s going on. 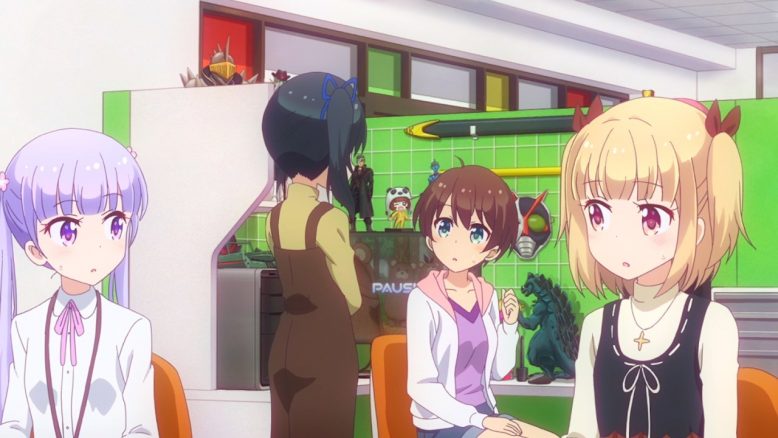 Oddly enough, the little throw-away joke of Naru and Hajime’s meeting with Hazuki gets me thinking. At first, when Hazuki seemed to be indoctrinating Hajime with her “games are a living thing, so making spec changes is fine” attitude I was thinking that Hazuki was the last person we wanted Hajime to be learning from. But then I thought about that thought a bit, and realized that really isn’t true. Putting the joke of the scene aside, we have seen plenty of evidence that Hazuki really is a very capable and experienced game designer. Her work with Aoba about the Queen character, and with Hajime both now and before, shows that she has a good grasp of how to turn something simple into something interesting and fun. She has the perspective for when an idea for a game will be enjoyable and when it won’t, or when it just needs a bit more to become something good. So really, thinking about it, if Hajime actually intends to continue her work into full on game design rather than just motion work, Hazuki really is a good person for her to learn from. Now if only we can keep Hajime from picking up Hazuki’s bad habits… 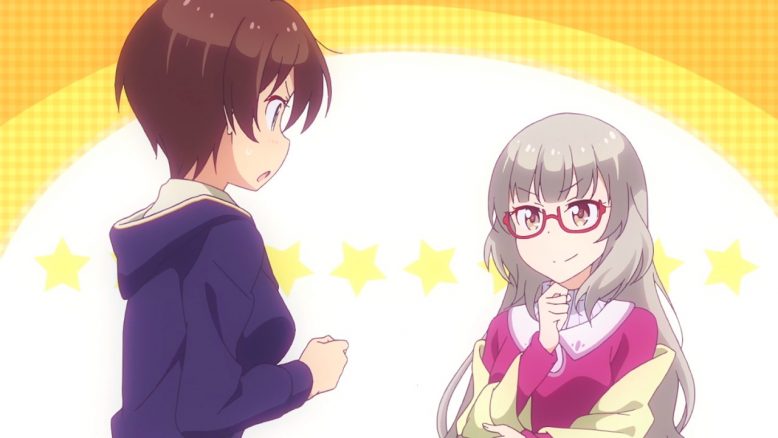 What can I say about Nene that hasn’t been said before? Her attempt at trying to sneak by with the buggy ending to her project is not surprising, as we’ve seen her fall into the “eh, it’s good enough” attitude before regarding her own game, until Umiko chastised her about it. Nene is one of those employees that I think needs semi-regular supervision. She’s better than she was back in season 1, for sure, but her attention can still drift and she can lose motivation if someone isn’t isn’t nearby to remind her of what she’s supposed to be doing and why. When she focuses on something she can do it well; even exceptionally; which is why she remained an employee in season 1 despite her issues, and why Umiko was willing to hire her provisionally this season despite her lack of programming skill. And with a bit of a sharp reminder from Naru, Nene does accomplish her task, even if not as well as she would have liked. Certainly trying to make a version that shot flames, had wind blowing the ball around, and which randomizes the maze each time would be impressive, but each of those is a fair amount of work in and of itself. Trying to do them all at once when she’s never done anything like that before is too much, even for someone who can learn as quickly as she can. But still she has completed her goal to Umiko’s satisfaction. And… now she’s back to debugging. Umiko is clearly a respecter of Brook’s Law (“adding more people to a late software project will only make it later”) and has decided to take advantage of Nene’s considerable debugging skill while she has her. 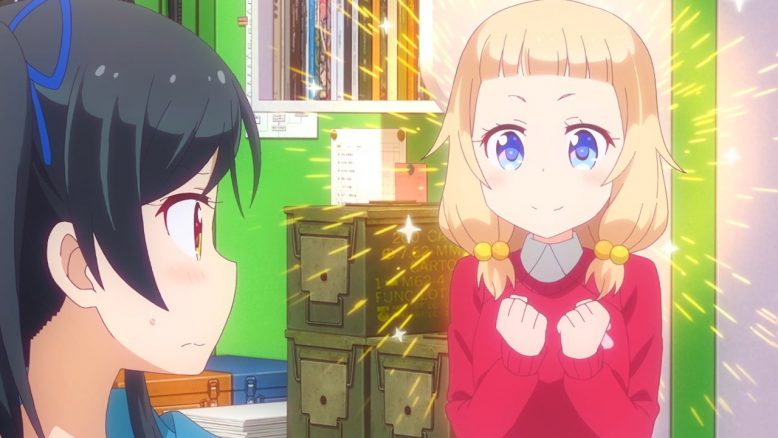 It’s good to see Rin return for the final segment, as she’s largely been absent this season. Some of that scene between her and Ko was taken from the Christmas chapter in the manga (thus the gift of the new watch), but by no means all of it. While scenes between Rin and Ko are usually full of touching moments of closeness between two people who have been good friends for a long time, this time I am left with distinct feelings of unease. Ko several times has a distant, wistful look in her eyes, and I catch her gazing out the windows off at nothing more than once. I see her her manner and hear in her words the behavior of someone who sees an end of some sort coming, and that frightens me. Rin catches it too and is clearly concerned, but Ko brushes it off as nothing. I’m not buying it, though. 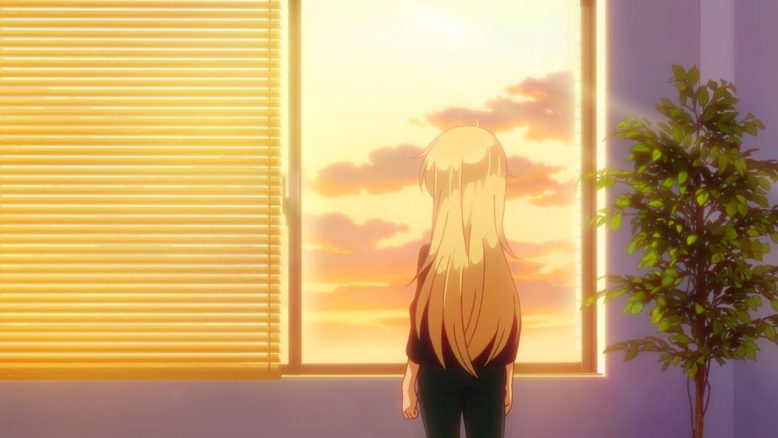 A good episode this time, with a lot of things of interest to talk about. More than I realized when I first sat down to write this review, even. But it looks like things will be even more interesting in the future. Some drama looks to be heading for us from Ko’s direction, and I’m not sure at all how it’s going to turn out. I hope for a happy ending, as I do for all things, but I can only wait and see. 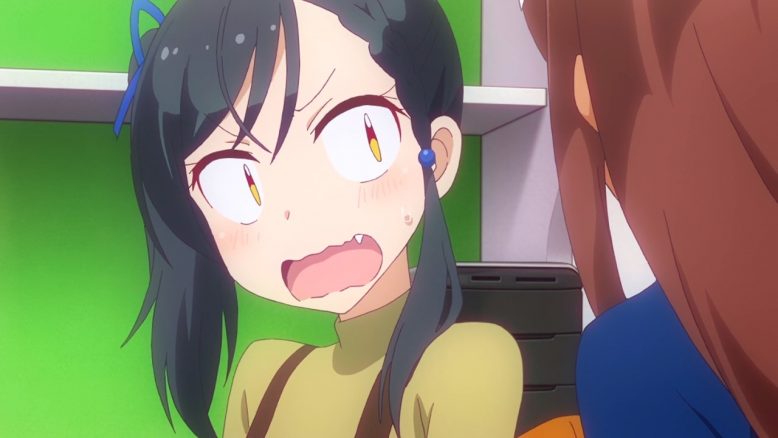 Honestly, I just think this face is funny.