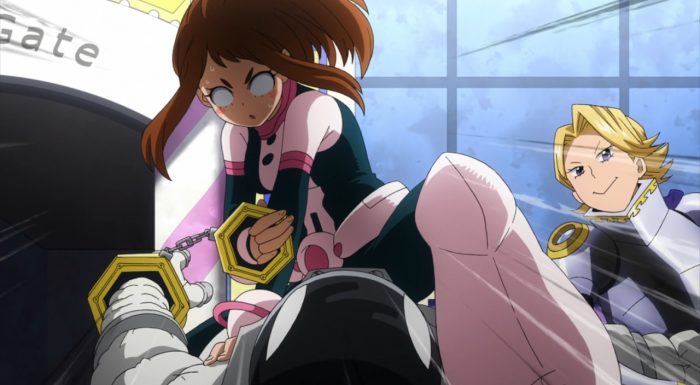 This was a solid episode for quickly burning through the rest of the tests before the biggest one of them all. Though I wouldn’t have mind them shaving off a bit from a few other tests to give a bit more to Ochaco’s exam. While I can totally enjoy seeing her freak out over Aoyama pointing out her feelings for Deku…I wouldn’t have minded a bit more action there. In the end, that strategy was probably the only way to win. Not the best of plans since most villains are actively trying to kill you. But, it was probably the only way to counter that black hole quirk with the tools they had. Throw themselves into close range and bring him down. At the very least Ochaco’s training paid off big time. Without it she might not have known what to do once she was sent flying at Thirteen.

If nothing else we can say the Deku and Ochaco ship continues building. It has been obvious this season that she is interested in him and the latest episode just hammers that home more. The important thing anyways is for someone to acknowledge their feelings and then things can maybe advance in the future. It is just a minor little point really though. I am pulling for that ship, but with this kind of show you never know if it will advance very quickly. 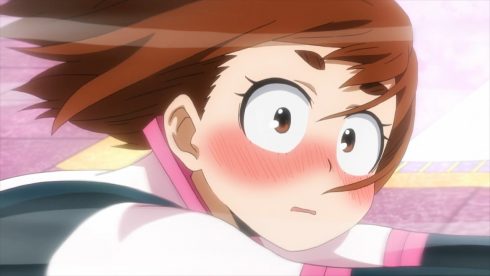 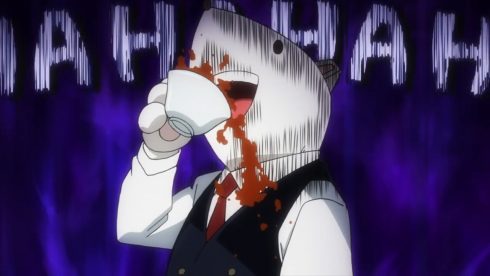 I feel bad for Kaminari and Mina. It’s interesting to look at the teams that have failed so far. They’ve both involved pairing fairly….unintelligent people, but there are key differences. Kirishima’s team failed because they stupidly charged forward without thinking. But Mina and Kaminari were just overwhelmed. They didn’t do anything in particular that was extremely dumb, but they were unable to get through it. The big issue was that they didn’t have the smarts to outthink the principal and didn’t have the quirks to compensate for that. Some of these tests were put together rather well. But some of them were harder than others. There is only so much they can learn from this test.

There is so much sympathy I have for Deku here. It is a brutal test for him because he is facing his idol. But it is made even harder than just that because Bakugo is a jerk. Cooperation with someone like that is likely to be near impossible. And yet they are facing someone who they have almost no hope against even if teamwork wasn’t an issue. Sure All Might isn’t as powerful as before and has a time limit….but he can last that round. I guess we’ll have to see how Bakugo plays this. He isn’t a dumb guy, instead he is rather smart. But when it comes to emotional stability Bakugo is near the bottom. Can he use his head enough for them to win this? We’ll find out I guess. 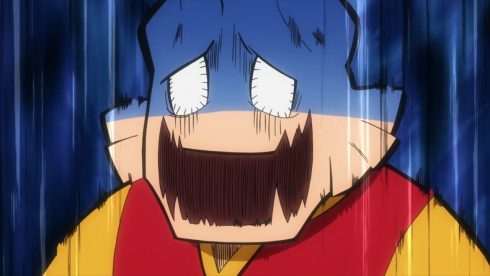 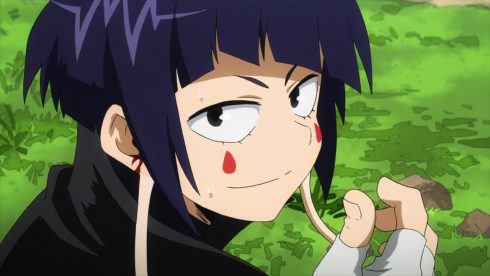 That was a good effort by Toru and Mezo in their exam. In a sense it was kind of an obvious way to win. Having Toru on their side was kind of unfair considering you could either win by escape or by using handcuffs. Still with the ability to sense presences I suppose it could have still gone poorly for Toru. A distraction was critical. Mezo needed to make a big show of his approach or else Snipe might have found Toru. It wasn’t an overly complicated exam. This was the kind of matchup where victory or defeat would likely be pretty quick. They either could find a way to advance on the gun using teacher or they wouldn’t be able to.

I give props to the solid win for Sero and Mineta. They managed to pull through a tricky matchup. In the end both characters helped each other out at different times. It was a test that could have ended poorly, but they managed it.

The win for Jiro and Koda was also pretty fun to watch. Jiro really took some hard hits in this test. She was just getting her ears pummeled by basically the ultimate version of herself. I like that the win required Koda (someone we haven’t seen much of) having to step up. I don’t care for bugs either so I can relate to his unease there. But even he wanted to be a hero and frankly couldn’t run away not after seeing his partner for this test suffering. 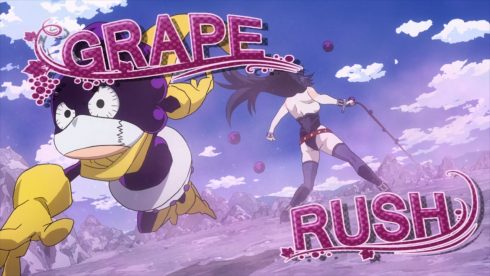 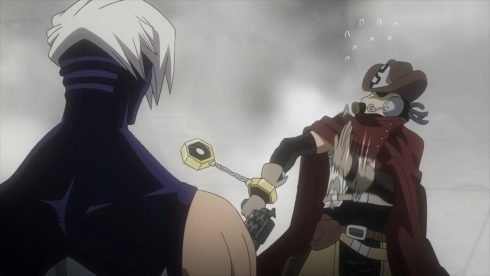 And now we move on to the big event…This is going to be a tough one. While those weights are a thing…they probably won’t hinder All Might too badly. The issue is that these guys can’t cooperate or willingly strategize. It has two smart and capable individuals’ vs. someone who dwarfs them on every level. That is not an easy test to put it lightly. Deku can’t afford to get reckless either with One for All. His body needs to take it easy and only work within its current limits. If nothing else I think we can expect to see Bakugo do something extreme. I’m definitely looking forward to seeing how this plays out.