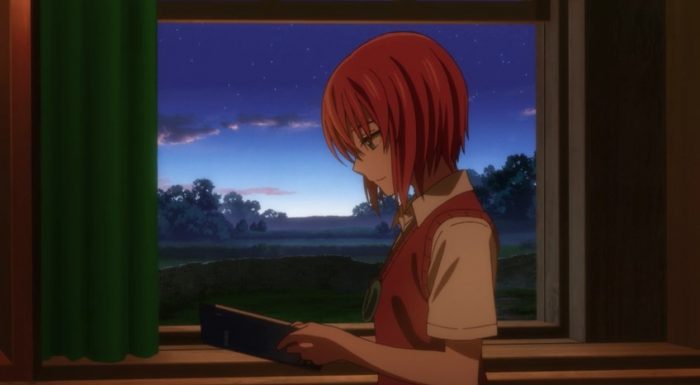 Okay, that was very, very … well … everything I could ask for in the OVAs. Just plain excellent, and in almost every respect. And for me, who has actively followed the excellent manga these OVA episodes (which serve as a sort of prequel to the events depicted therein and which will be directly adapted in a two cour series beginning next season), were positively delightful. They are ideal both as an introduction to the series coming (and the franchise as whole, I feel) and as a enlarging of the narrative and personal story of the lovely main character so many of us have come to feel so attached to throughout the pages of the source manga.

This final OVA episode essentially ties up many of the unresolved story elements of this “mini-arc” in Chise’s personal history, focusing on finally bringing both Miura and Mayumi to the final page of the book dedicated to their encountering one another. As we saw from both the previous episode and this one there were many sad, many unfulfilled and even … tragic elements intertwined between them all. And no doubt the two of them have had their shares of joys and sorrows in their respective lives – but one thing that they both were able to do that I am sure neither of them could have anticipated so long ago was being able to bring a ray of kindness, warmth and gentleness into the life of an utterly unhappy and miserable young soul that has been nearly crushed by the “hand” dealt to her existence in this world. 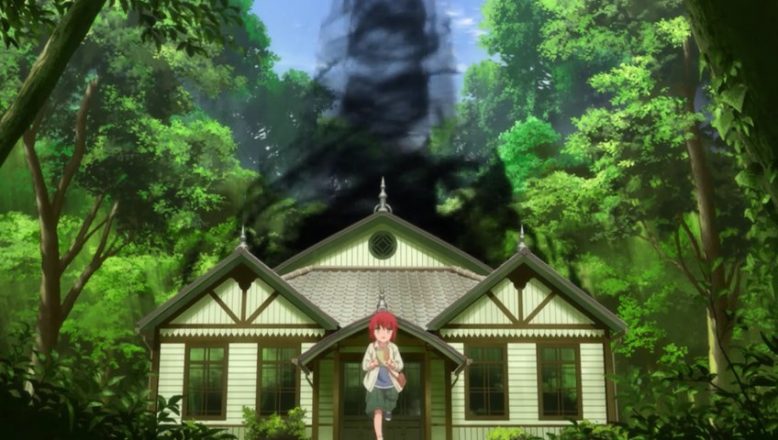 Really, the scene where a pained and troubled Chise fulfills the final wish of Miura and hands over the book to Mayumi in the latter’s declining years was so … beautiful, so heartwarming and touching that I literally caught myself holding my breath for a moment, and when Mayumi lovingly caresses and embraces the young Chise, showering her with the normal human kindness her life has been so devoid of for so long … I just about lost it. Miura and Mayumi, in an unexpected story twist, may both have been the first examples of those ever-so-rare “star people” that the young child was looking for in Chise’s beloved book. 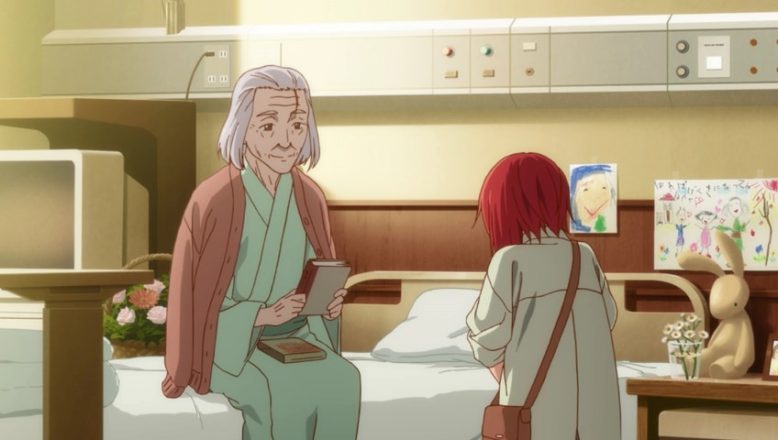 I think one of the elements of this episode I found the most surprising (in the sense of something I did not expect at all and which I really liked) was learning that the library where Miura was living in that Chise stumbled upon and kept visiting was Mayoiga! To quote from another site: “The original source of Mayohiga (マヨヒガ or 迷ひ家) appears to be from “Tohno Monogatari” (The Story of the Tohno region), a collection of folk stories by Kunio Yanagida, the founding father of Japanese folklore. This strange story is mainly told in the northeast of Japan. The name of the story is sometimes written as Mayoiga (マヨイガ or 迷い家), meaning “stray house.” The tale is about a strange house that people wandering into another world are supposed to reach.” The fairly recent anime of the same name was in my opinion an unmitigated disaster, so it is refreshingly delightful to see the folk tale utilized more along the lines I was hoping for. 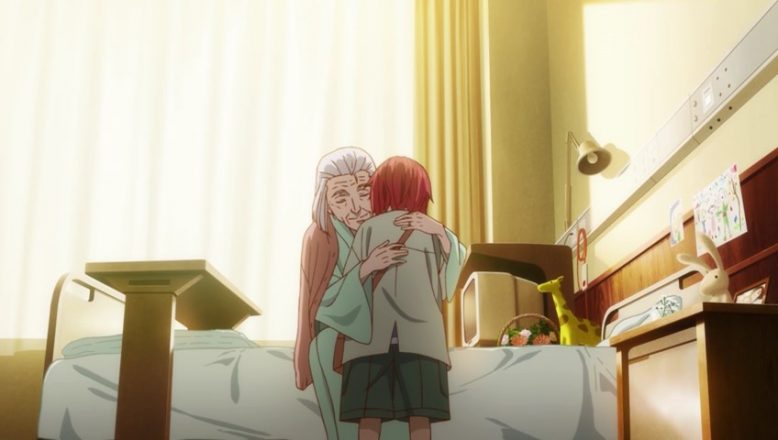 If Mayumi is the one who gave Chise normal kindness, affection and gratitude, though, it was Miura who was a sort of kind father to her – one who was gentle, guiding her along with how to turn her face outwards and look a little closer at the world she found herself in. Not everything was dark, immersed in blackness, in the night, in cruelty and misery. To be certain those sorts of elements were present – there is no denying that a spade is a spade, as it were – but the main thing, the main importance is not to lose hope, not to despair, and to keep doggedly looking for “one’s own people”. These people, often quite difficult to find, when found will respond to you as you do to them (for they likely have been looking for you as well) and the light and warmth generated from both of you will grow strong. Such an encouragement (curiously coming from a man who was trapped in a magical dimension) were another thing that Chise needed badly, and happily was able to receive. 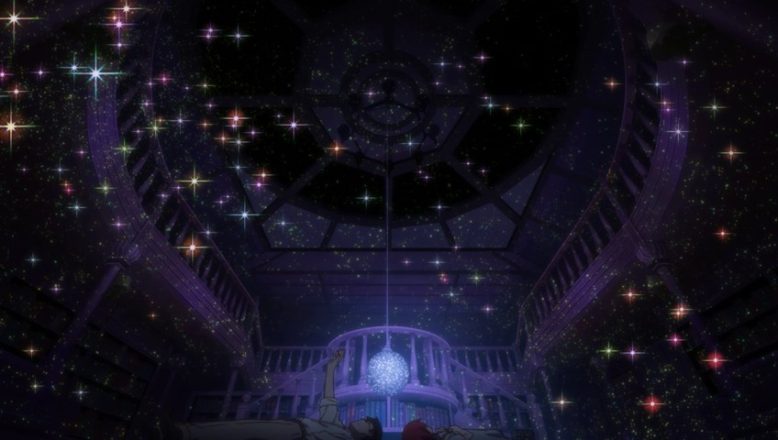 The episode was a marvelous ending to a marvelous OVA series in my opinion –  a series whose source manga I greatly enjoy, and a series whose adaptation I am anticipating greatly to air next season. If studio Wit can keep up the same level of quality throughout the two cour of the adaptation that they showed in these OVAs then I could easily see it becoming one of the best (if not THE best) series of the year for me. As for the OVAs, I would easily give them an A grade, just barely shy of an A+ ranking. I am so glad they were made and glad for the opportunity to watch and appreciate them. ^^